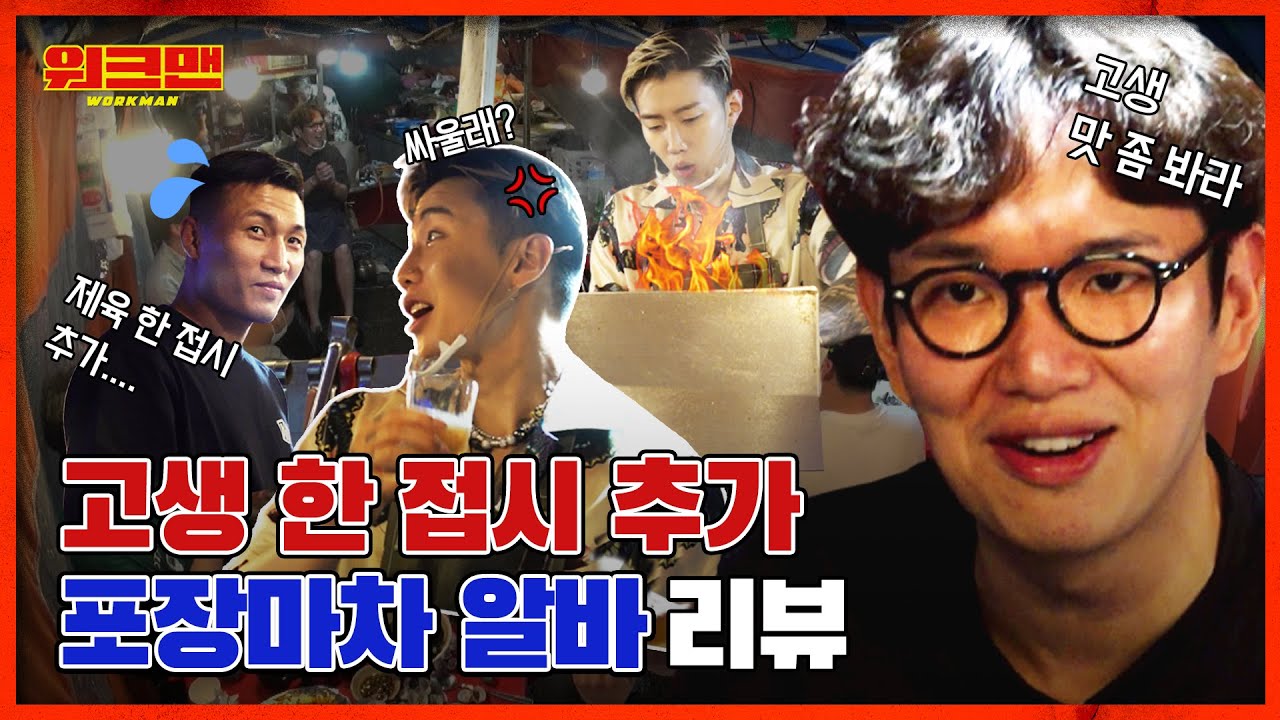 The people of South Korea are very serious about their entertainment needs. Especially when it comes to variety shows. Koreans, regardless of their age groups, love variety shows. As a result of this love, the country’s entertainment industry produces content of various genres for the audience. There are a large number of shows airing on television throughout the day. Most of these shows have very interesting concepts where hosts can be seen performing random tasks whose difficulty level lies within a wide spectrum of easy, moderate, and extreme activities. Seeing our favourite stars goof around can indeed be very entertaining.

Interestingly, the younger audience in the country also engages actively in consuming the various content that is being put up by these sh0ws. One major reason behind this could the great integration within the industry that sees artists from all walks of life participate in these variety shows. These are the platforms that bring K-Pop idols, actors, and chefs, among many others, together on one screen. Read on to find out more about the 10 Best Korean Variety Shows. 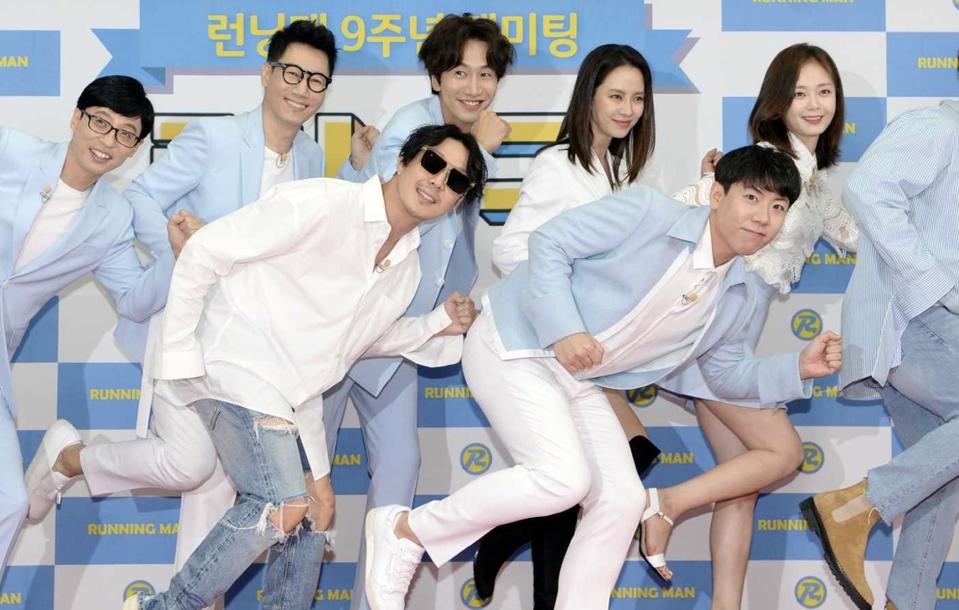 Running Man is a 90-minute game show where all the hosts must compete in a variety of the most random tasks and win the final race. The missions are indeed sometimes extreme where the hosts had to complete one of them on New Zealand’s Nevis Swing. This should give you an idea about the show’s difficulty level. Several of the biggest Hollywood stars, including Ryan Reynolds and Tom Cruise, have been guests here. The various tasks performed here will leave you in fits of laughter, especially if you are not familiar with the native Korean language.

2. The Return of Superman 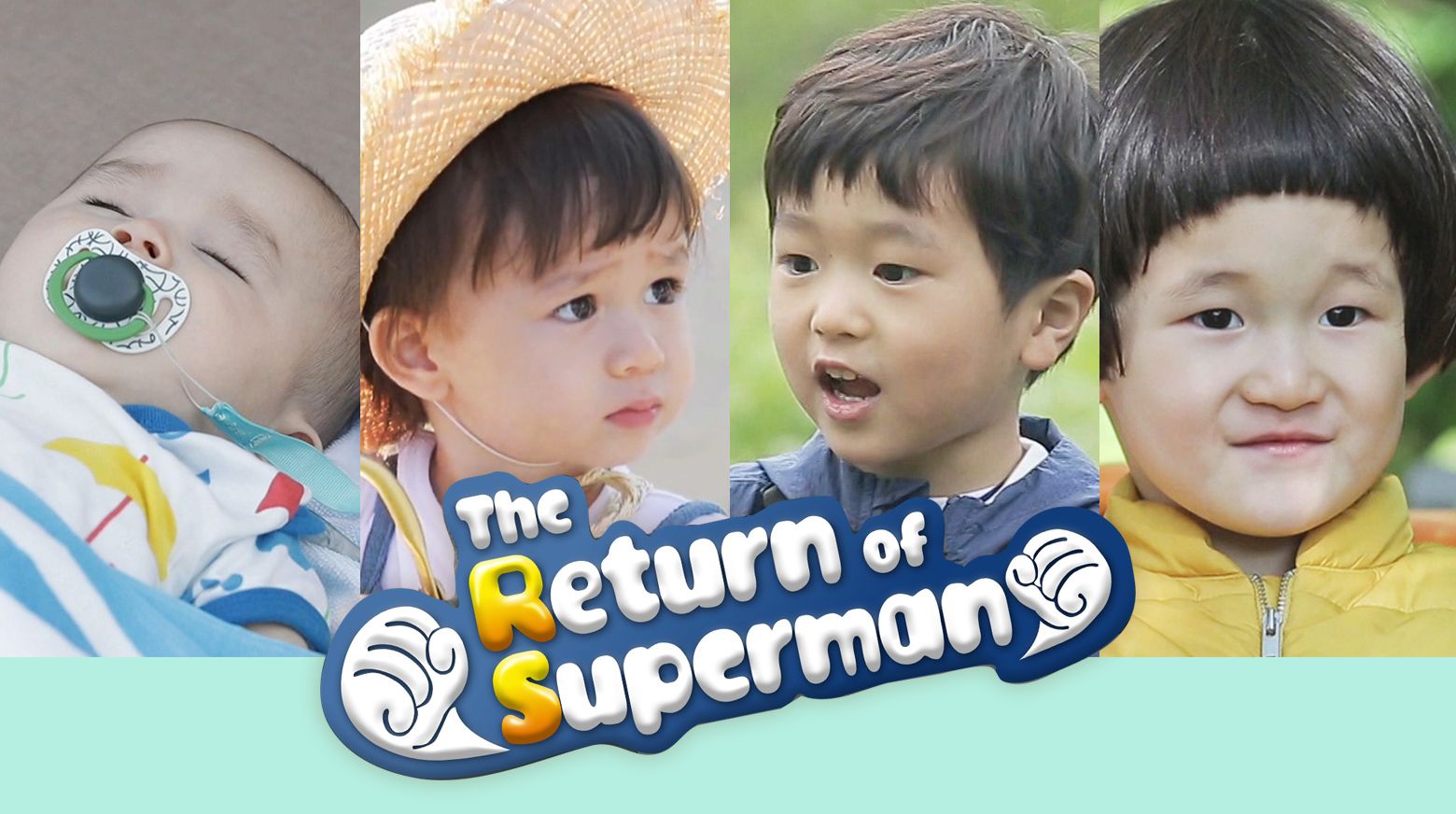 The Return Of Superman

The show called The Return of Superman has one of the highest ratings on South Korean national television among all other variety shows. The main reasons behind these high ratings are the adorable main cast of the show. The concept of The Return of Superman is celebrity dads taking care of their toddlers for 24 hours while the mothers get a much-needed break to rejuvenate themselves. It also gives fans an insight into the daily lives of these celebrity pops. Certain children who become audience favourites keep appearing on the show. People who follow the show dedicatedly have actually seen children grow up in the show and then leave. 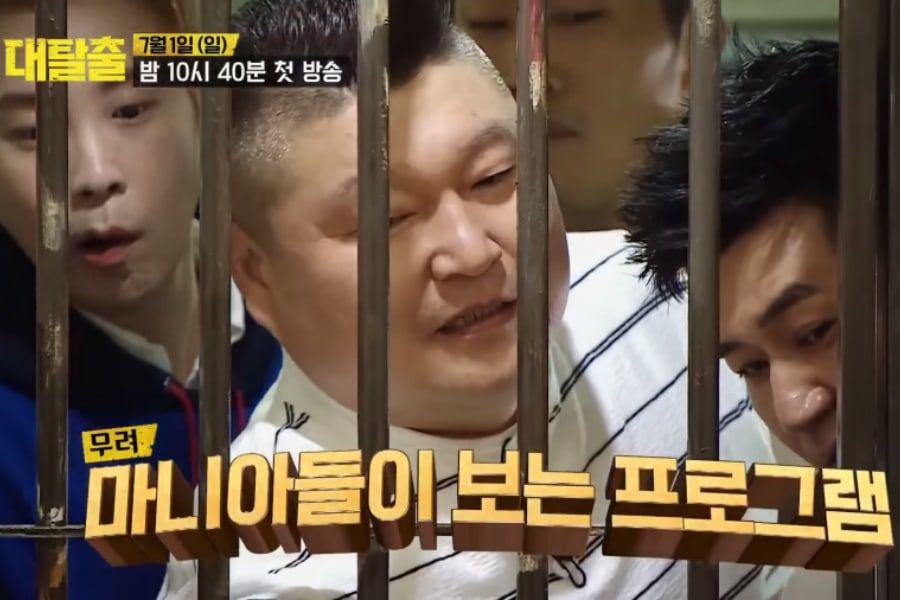 The tVN show Great Escape is not something for the weak-hearted. This show has everything from jump scares and zombies to puzzles, mysteries, and haunted psyche wards. Six celebrities must endure all of these experiences throughout the duration of the show in order to be able to entertain their audience. There have been missions where the hosts have had to find their way out of haunted houses in complete darkness and survive a zombie apocalypse. Certain episodes of Great Escape also have escape rooms – all of the elements enough to keep the viewers glued to their televisions. 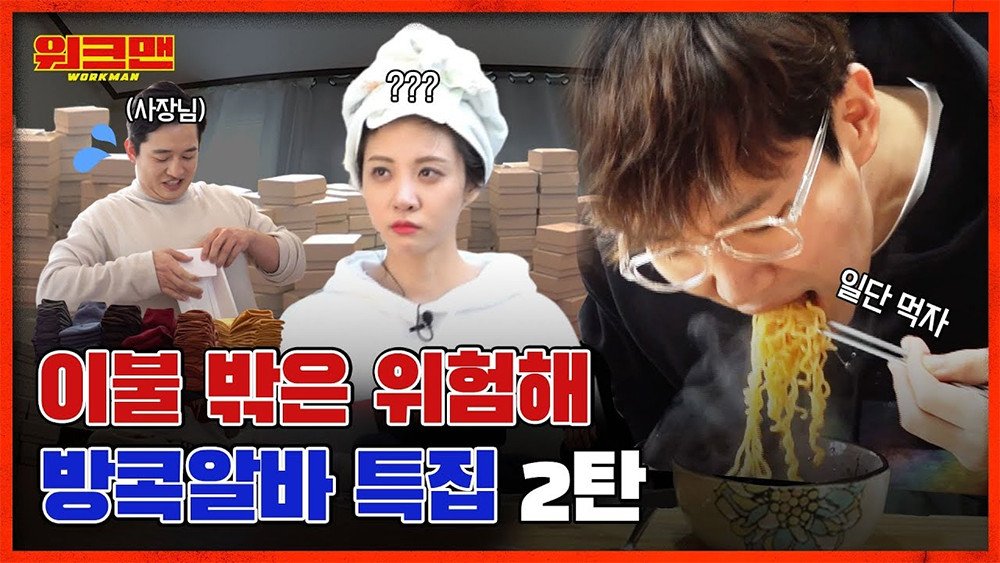 Workman is perfect for the people who love variety shows but do not have the patience of sitting through them in front of their television sets for long hours. One man runs the entire show by going through the city while doing ordinary jobs and records his experience. Former newscaster Jung Sung Kyu is the host of Workman. His positive attitude, hilarious jokes, and confidence to take on any job make this show a great watch. People have seen him do it all, from being a policeman to a pastry chef to a manager for a K-pop band.

5. Master In The House 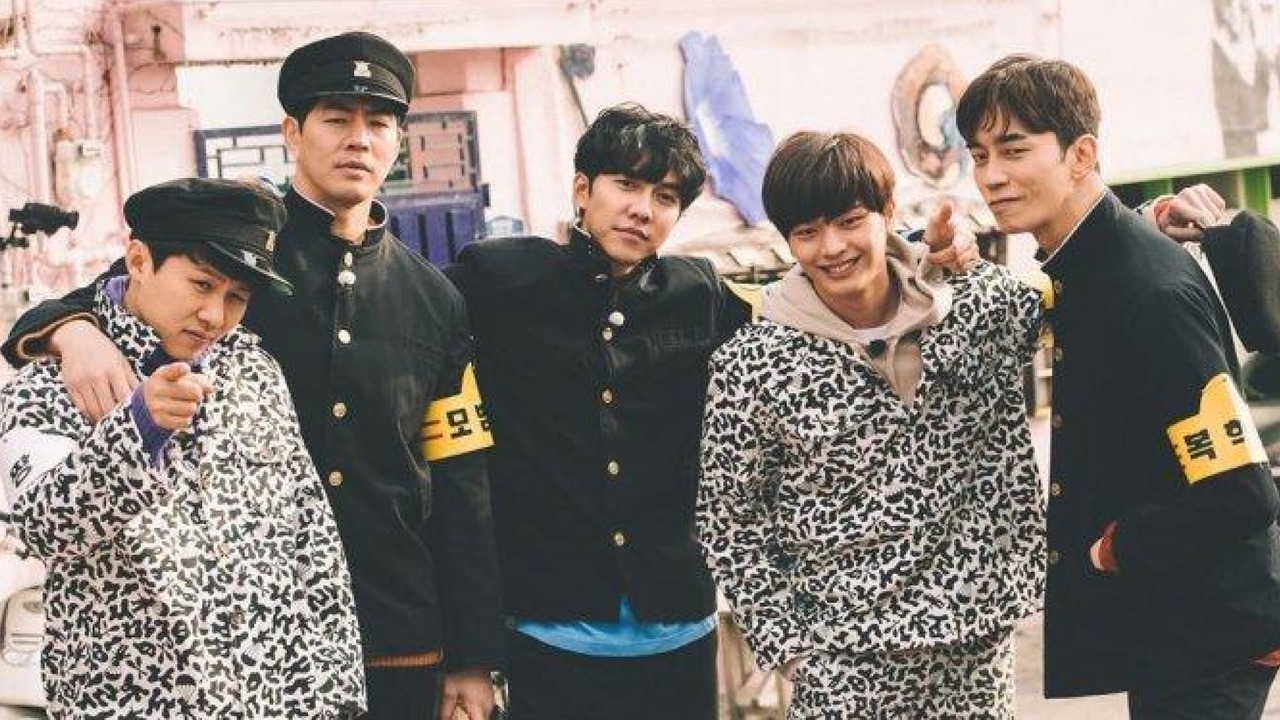 Master In The House

If you are a K-Drama and K-Pop enthusiast, Masters In The House is just the show for you. The chances are that you will find some of your favourite artists in the main cast of the show. ASTRO’s Cha Eun Woo is one of the main cast members, along with Lee Seung Gi and several other popular artists. The concept of the show requires the five hosts of the show to spend two days and one night with popular personalities from different professions and various walks of life. These guests are known as masters. The hosts are required to learn everything they can about the lives and careers of the masters. 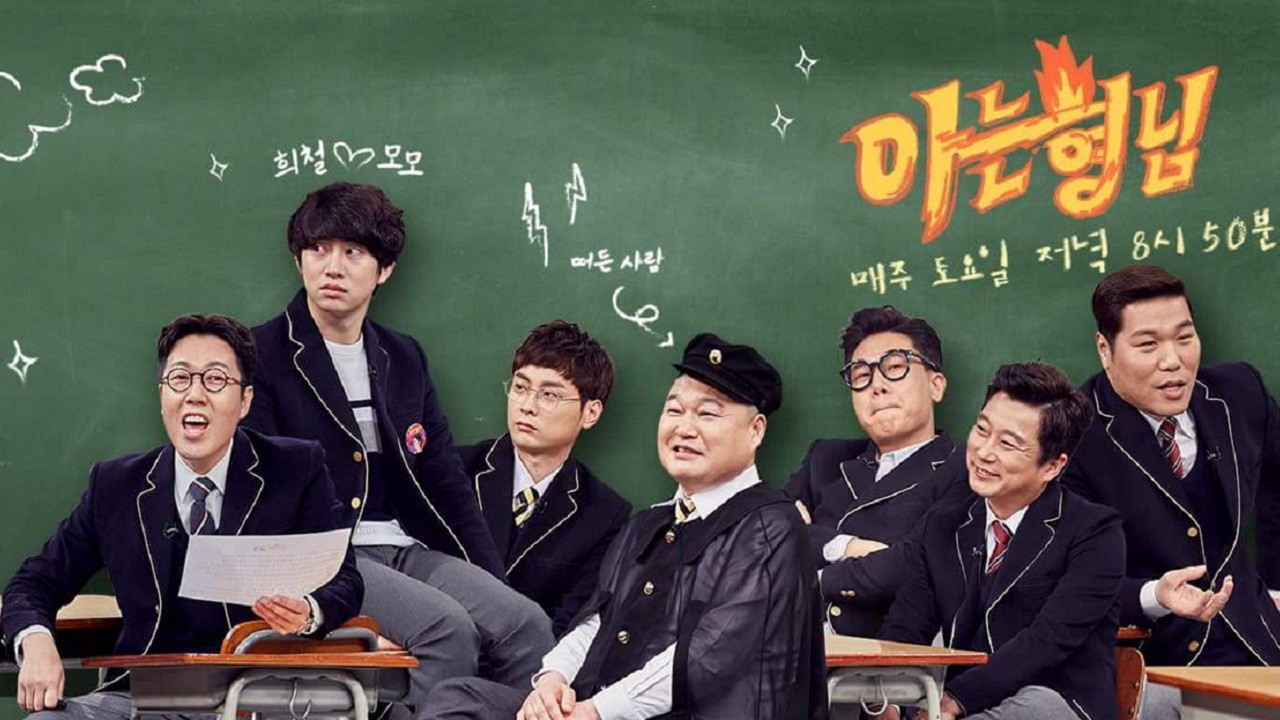 Knowing Bros is probably one of the most popular South Korean variety shows that is very well known outside Korea. This is probably due to its popularity within various K-Pop fandoms. In the show, which often has some of the biggest K-Pop stars, guests dress up as high school transfer students and take part in various games and activities within a classroom setting. Several pop stars, including BLACKPINK, BTS, and EXO, have starred as guests in the show and performed hilarious tasks to send the audience in fits of laughter. 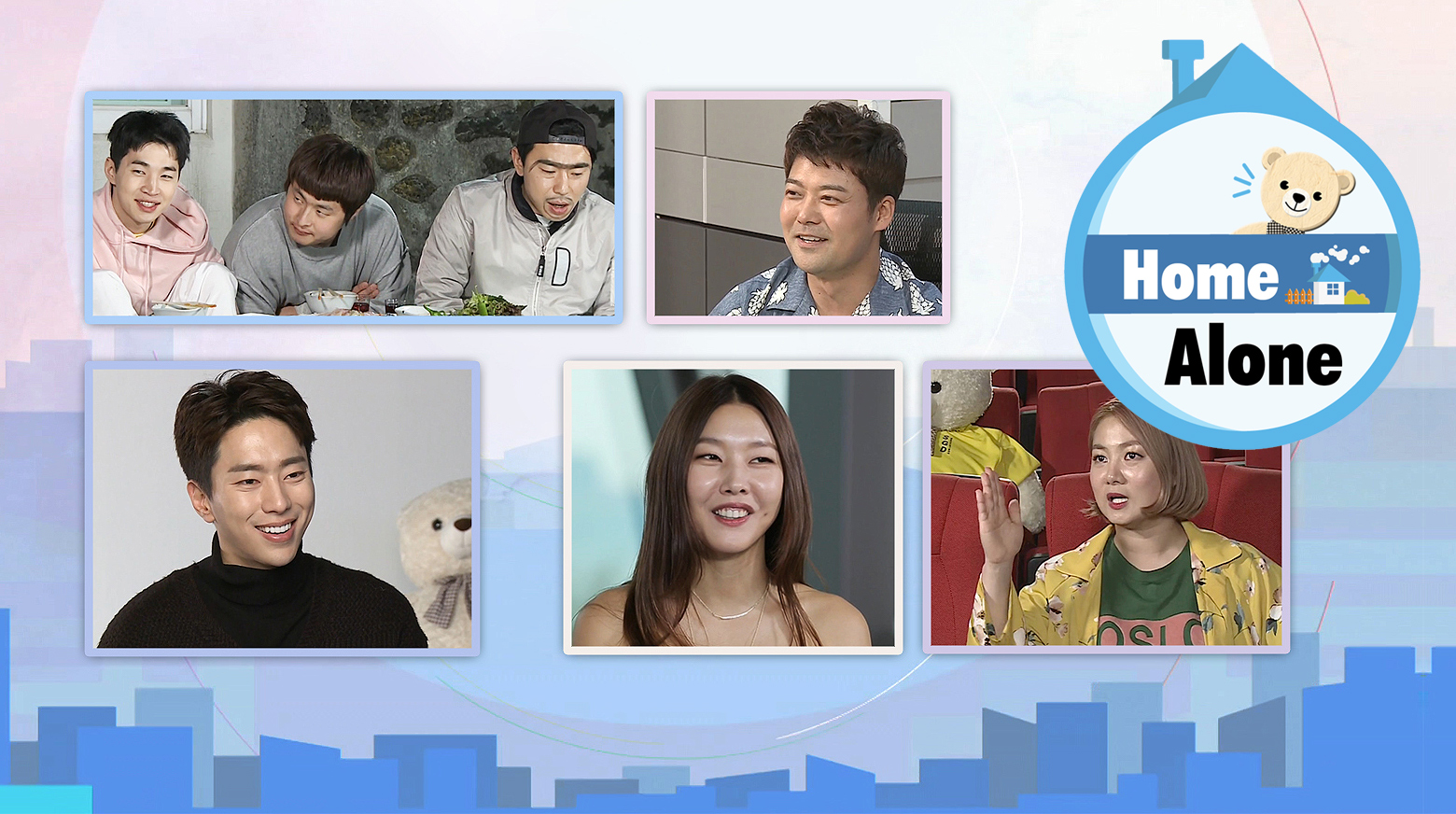 Been on air since 2013, Home Alone, also known as I Live Alone, gives fans a chance to know their favourite celebrities better. South Korea has a large number of single people who live alone. The concept of the show follows the lives of famous guest celebrities in their homes as they go about living their daily lives. The show is completely unprecedented and unscripted. It is shot in the form of a documentary. It begins right when the guest wakes up in the morning and ends when they finally go to bed at night. 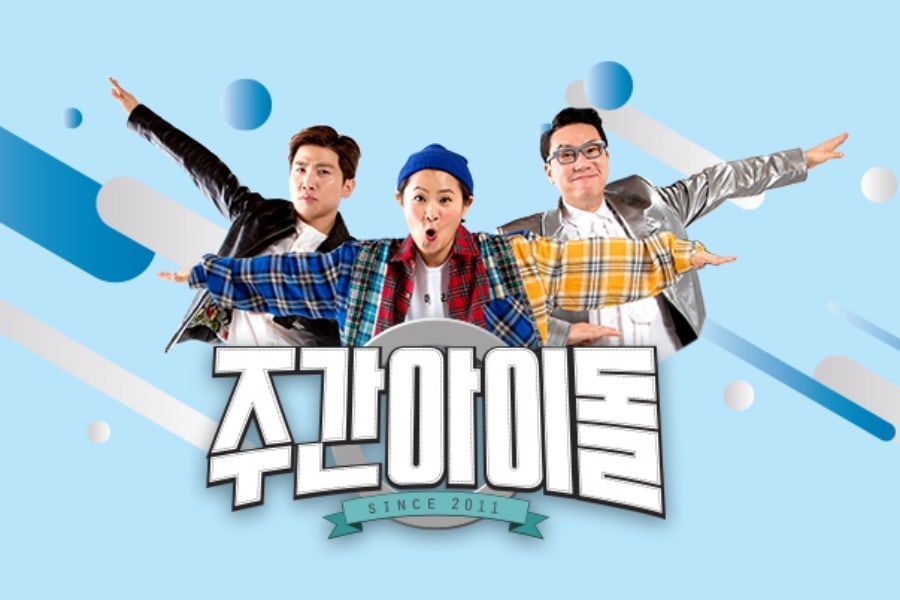 Weekly Idol has been around since 2011 and is one of the most popular variety shows among K-Pop enthusiasts. As the name suggests, the main guests in Weekly Idol are various popular K-Pop groups. Several activities are planned for the guests where they must dance to some random choreography or fit one song’s routine to a different song. The main reason why idol groups star in the show is to promote their upcoming albums and any other new content that fans can expect. This also allows fans to ask them questions and get deeper insights into their lives.

9. Boss In The Mirror 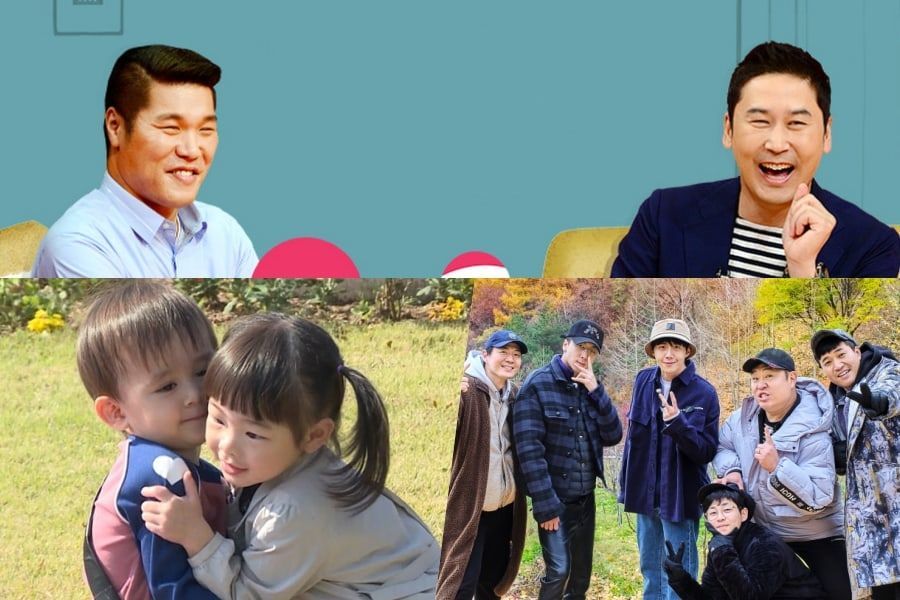 Boss In The Mirror has a very interesting and unique concept compared to all other variety shows on our list. The main reason behind its creation is to let bosses from different professions examine their respective work environments within the ambience of a reality show. Several well-known celebrity chefs, athletes, and gym owners have starred as guests in the show. 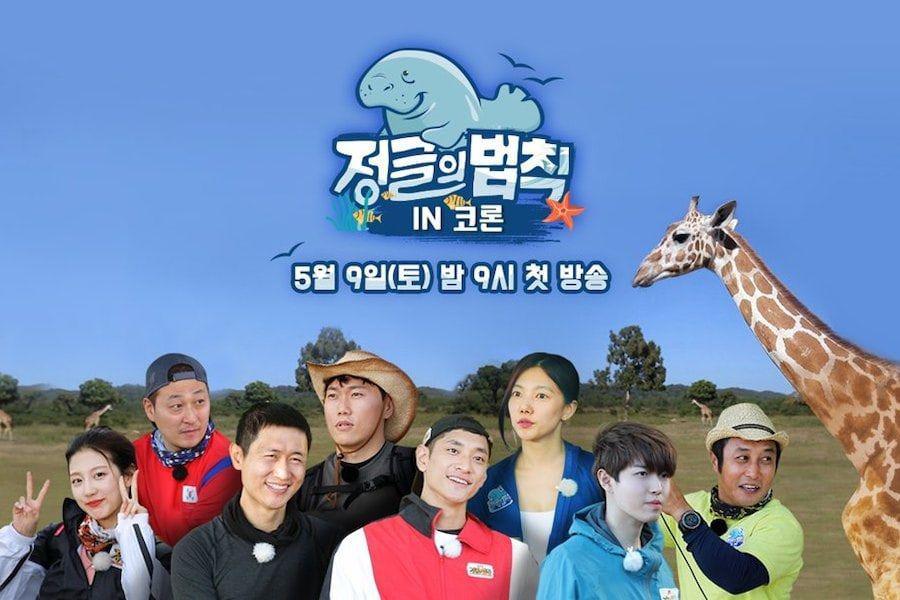 Law Of The Jungle

Comedian Kim Byung Man is the main man who deserves credit as the creator of Law Of The Jungle. In the show, Byung Man, along with a group of celebrities, including famous actors and k-pop idols, travel to several remote parts of the world. In each destination, the cast must learn to live without any modern amenities to facilitate their daily ways of life. They must learn how to hunt, create their own shelter and cook their own meals. In 2020, due to the COVID-19 pandemic, the cast had restricted their travel within South Korea.