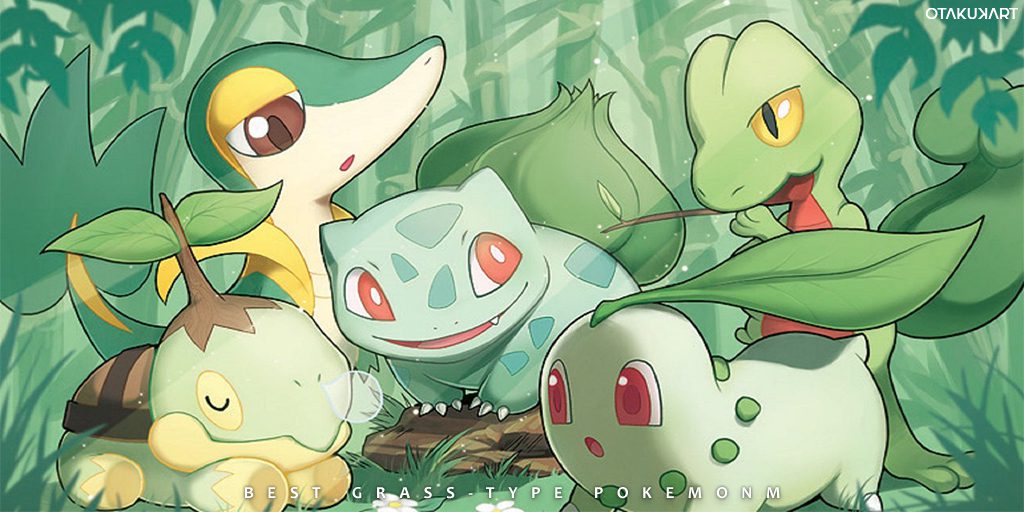 What are the 10 best Grass-type Pokemon that players should have in Pokemon GO? Pokemon is undoubtedly one of the most infamous game franchises of Nintendo. The popularity further led to the game getting anime adaptations. The game has over eight generations, and Pokemon Legend Arceus is the latest addition to the franchise. Further, the franchise also has two popular mobile games: Pokemon Unite and Pokemon GO. Pokemon GO became a massive success and attracted more people to the Pokemon fandom. Undoubtedly, Pokemon Go is one of the most famous mobile games in the present times.

The main reason behind the popularity of Pokemon GO is the unique gameplay. Because players have to create an in-game character and catch Pokemons in the real world using AR Technology. Further, players can use the caught Pokemon to fight against other players, Team Rocket or in Raids. The game initially had the original 500 Pokmon, but now the game’s Pokedex has over 600 Pokemons. It has all the Pokemon types, including the recent addition of Fairy-type. But we will take a look into the best Grass-type Pokemon in Pokemon GO which is one of the most common and popular types.

Torterra is the final evolution of one of the Sinnoh starters from Generation 4. It is a Grass/Ground-type which evolves from a Turtwig. Torterra is known for its tough appearance. Even in Pokemon GO, this Grass/Ground-type is one of the best Grass-type with a max 2730 CP. To get a Torterra, a player can evolve a  Turtwig to Grotlle and then to Torterra with 25 and 100 Turtwig Candies, respectively. 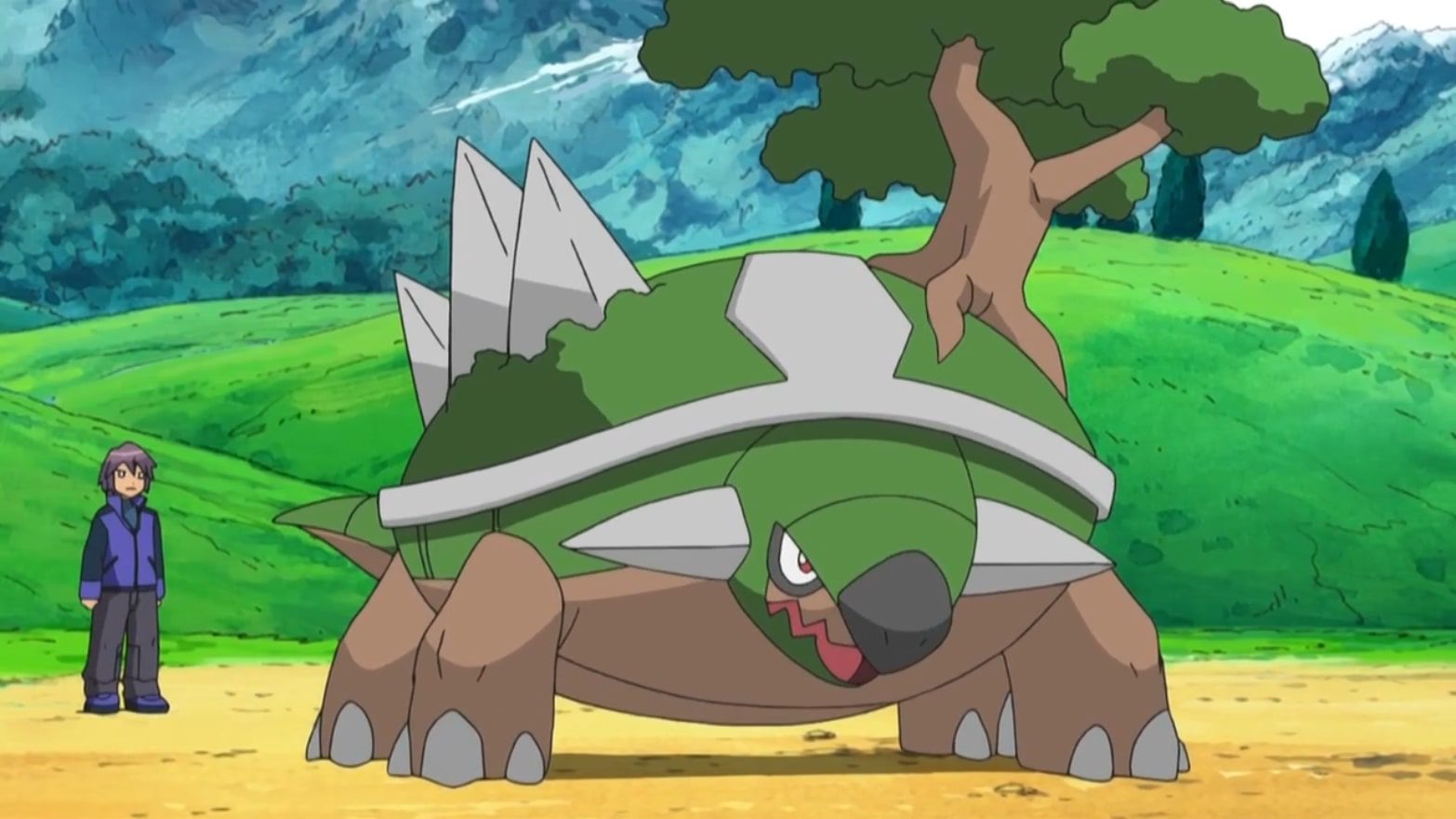 Also Read: Top 5 Legendary Pokemon in Pokemon GO & How To Find Them

It is part of Eevee’s evolution line. Eevee is the only pokemon in the series that has many evolutions which have different Pokemon types. Leafeon is the grass-type evolution of Eevee. This pokemon might look all cute and delicate, but it is one of the best Grass-type Pokemon. Leafeon has a CP of around 2944. Thus, it is a great choice to fight against strong Water-types. To get a Leafeon, a player needs to evolve an Eevee with 25 Eevee candies near a PokeStop under the effects of the Mossy Lure Module. 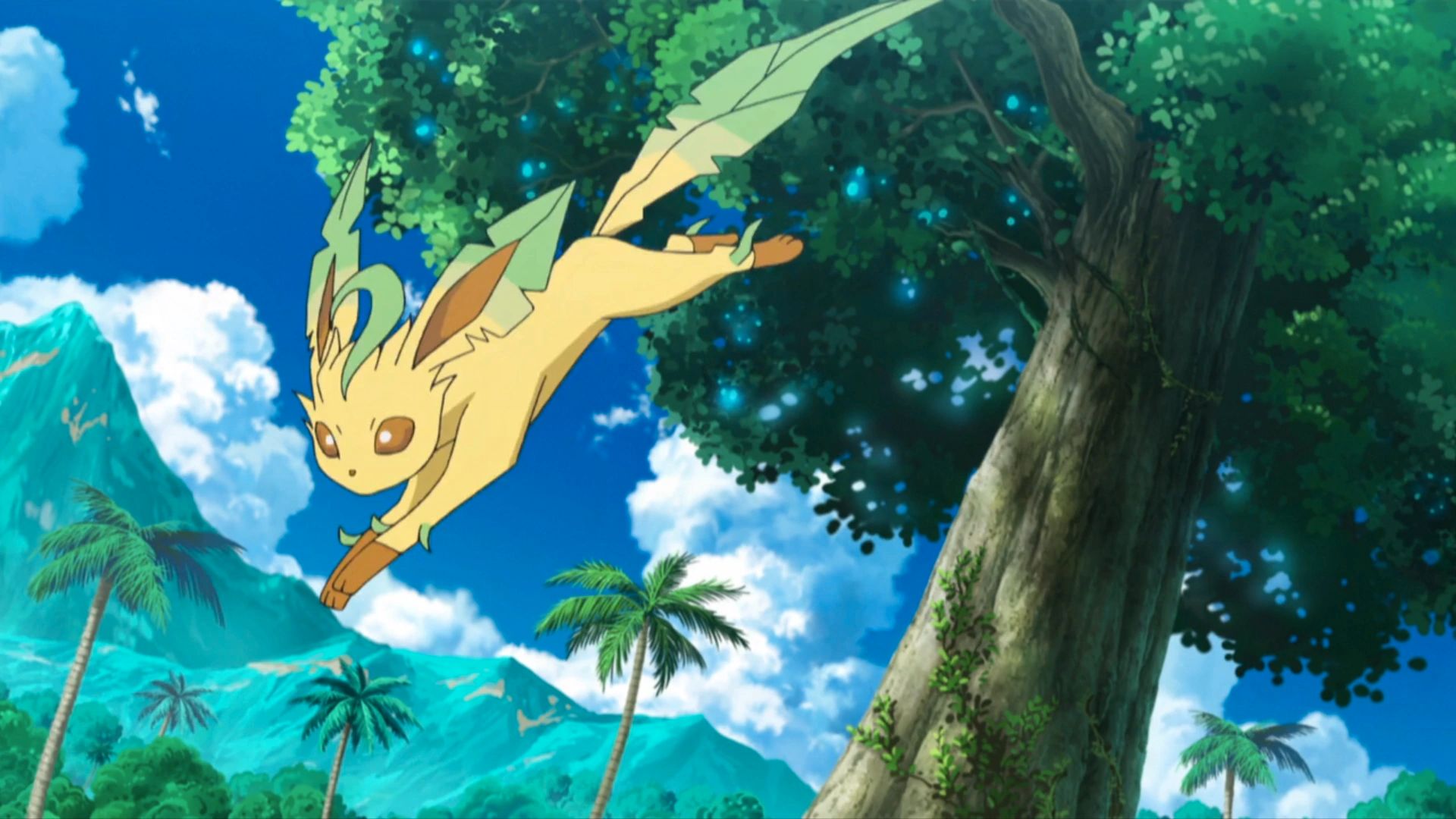 This Grass/Poison-type Pokemon is the final evolution of Budew, which was introduced in Generation IV. Roserade might not look strong because of its beautiful and elegant appearance. However, it is one of the strongest Grass-type Pokemon in Pokemon GO. To get one, a trainer first needs to evolve a Budew to a Roselia with the help of 25 Budew candies, and then they will require 100 Budew candies and a Sinnoh stone to get a Roserade in the Pokemon collection. 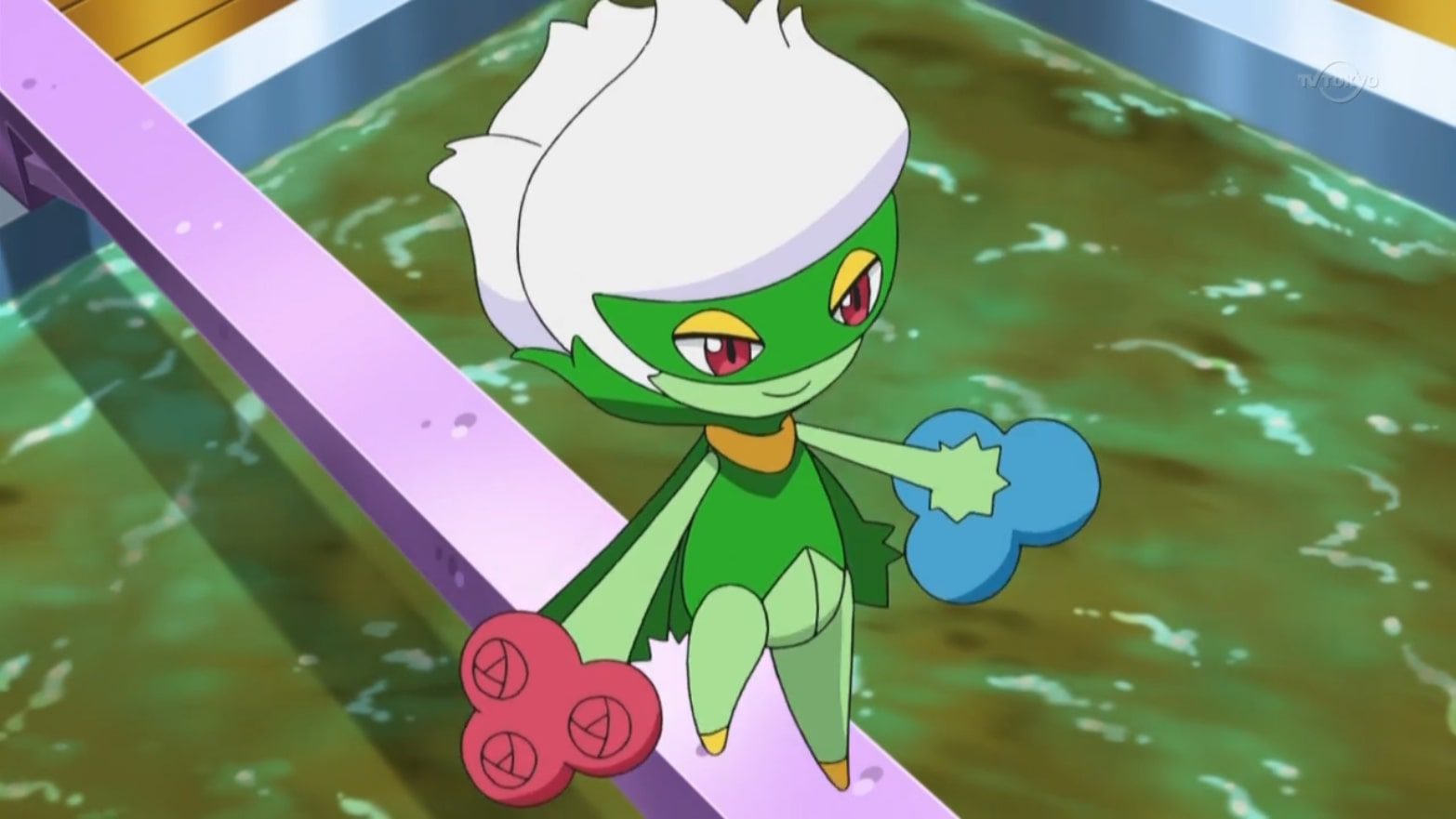 Exeggutor is one of the original 150 Pokemons which were introduced in the series and also in Pokemon GO. It is the final evolution of Exeggcute and a Grass/Psychic-Type. However, that is not all about this Pokemon, as it got a special variant introduced in Generation 7. As the Alolan Exeggutor is a Grass/Dragon-Type instead of a Grass/Psychic-Type. Further, both the form of Exeggutor has around 3014 CP, making it one of the best Grass-Type in Pokemon GO. To get one in your squad, a player needs to evolve an Exeggcute with 50 Exeggcute candies, whereas, for the Alolan form, they need to get it from Three-star Raids. 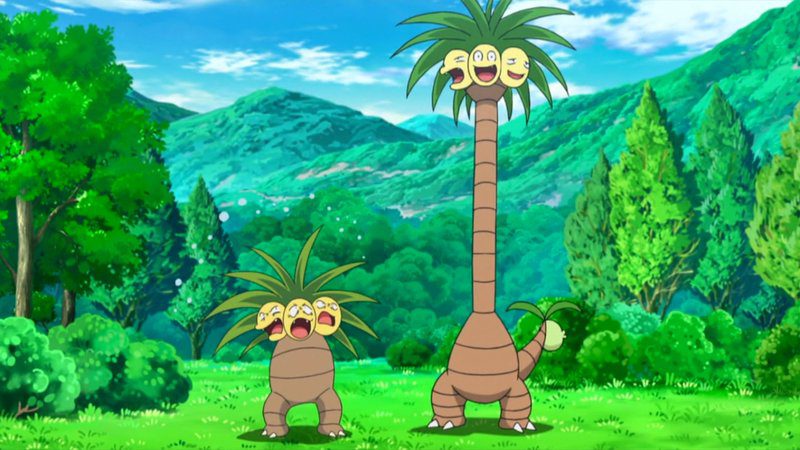 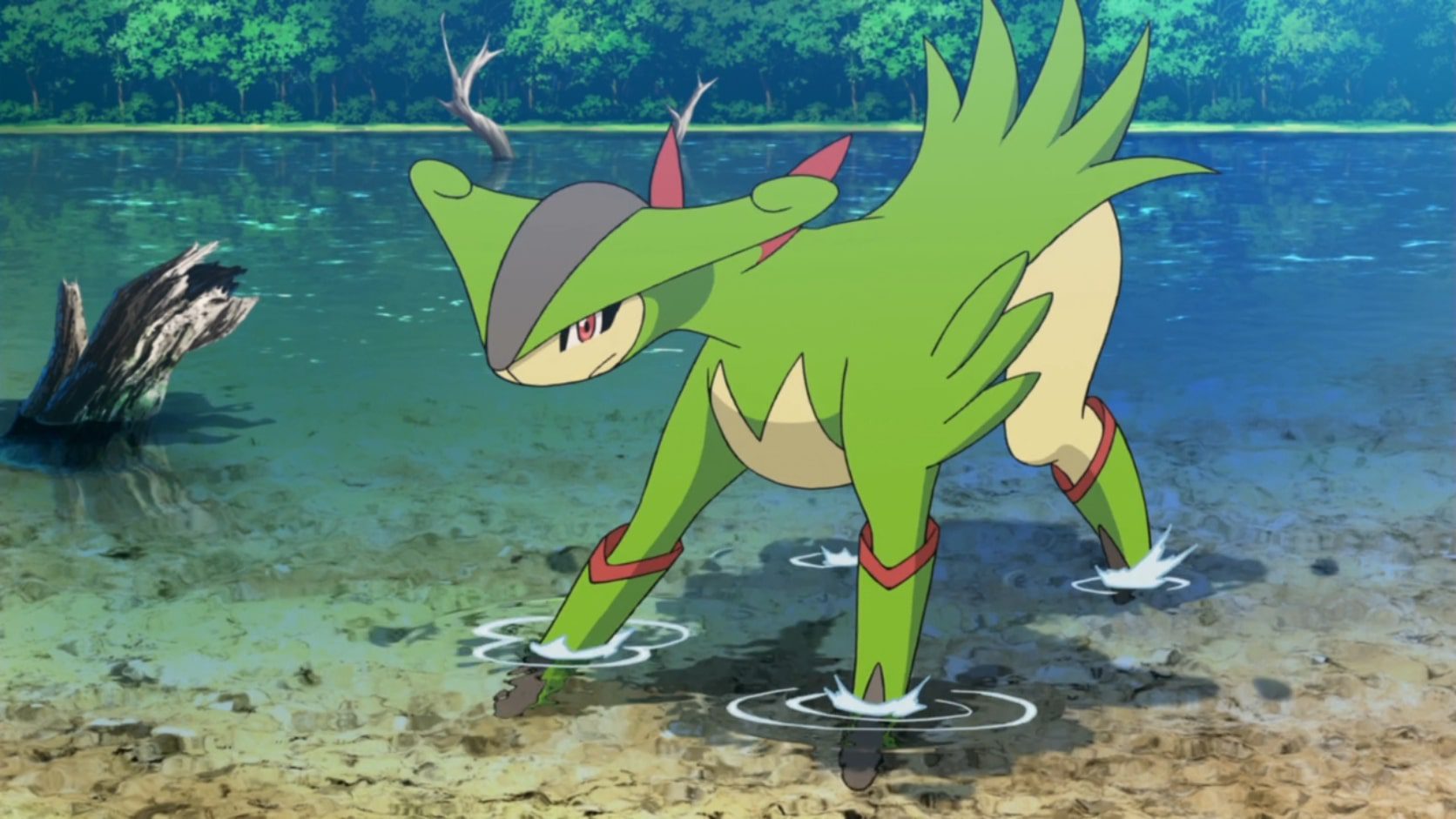 This Grass-type Pokemon might look goofy and weak, but it’s one of the best Grass-type Pokemon. In Pokemon GO, it has a max CP around 3030, making it a great choice against Ground, Water, Grass, and Electric-types. Trangrowth was first introduced in Generation 4 and evolved from Tangela. Therefore, a trainer needs to get their hands on a Sinnoh stone along with 100 Tangela candies to evolve a Tangela to a Tangrowth. 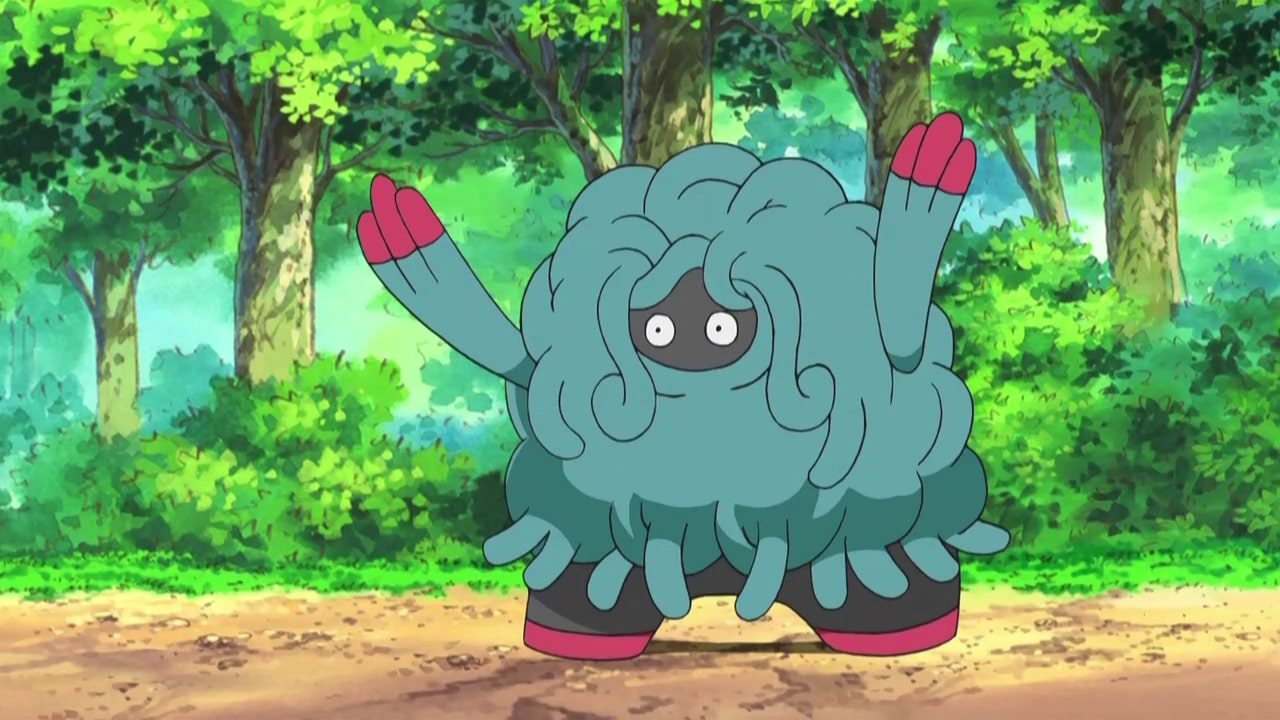 Also Read: Best Steel-type Pokemon in Pokemon GO That You Should Know 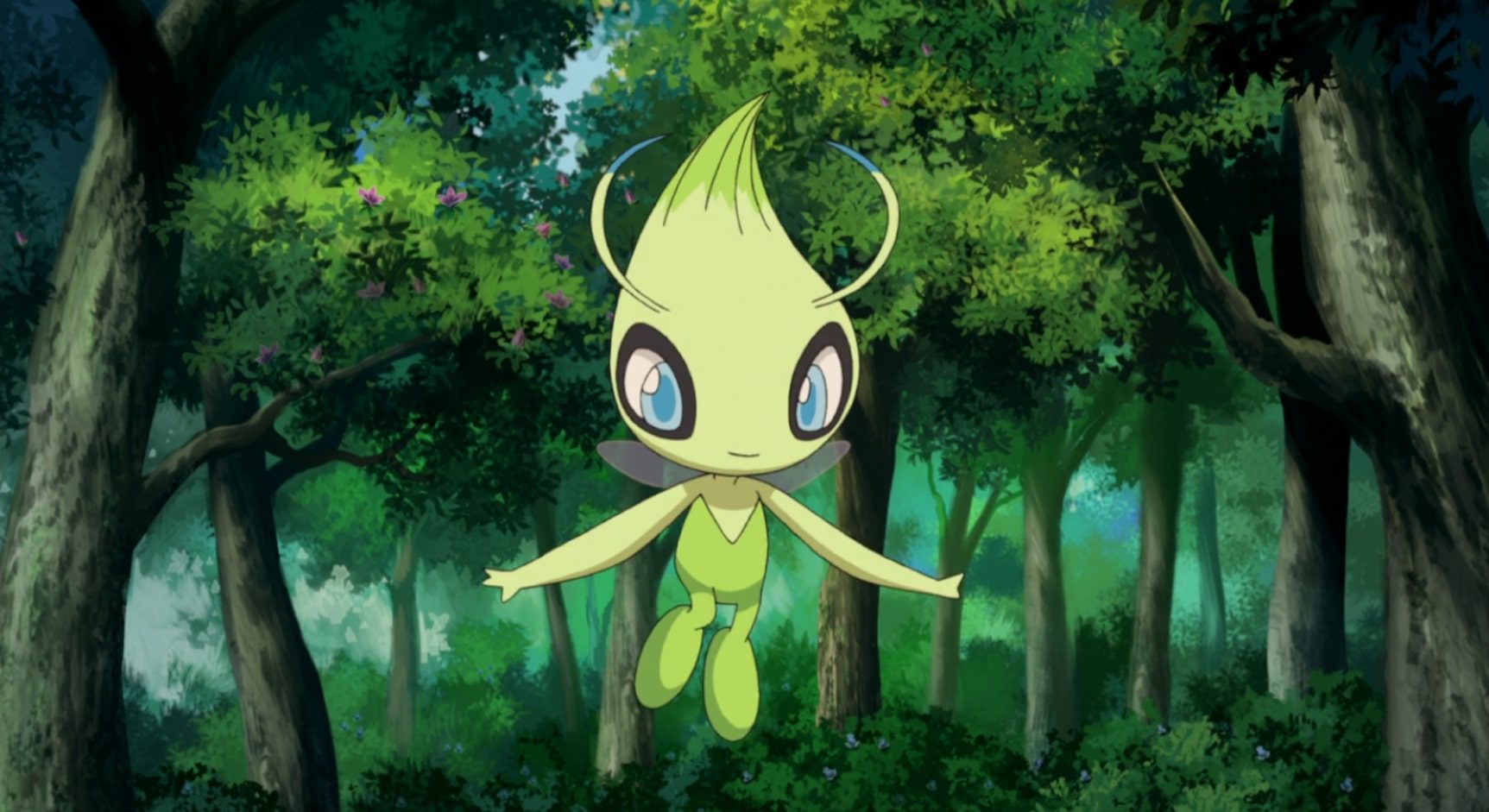 Abomasnow is a unique dual type with the combination of Grass and Ice-type. The Generation 4 Pokedex first introduced this Grass/Ice-type, which evolves from Snover, requires 50 Snover candy to evolve a Snover. Abomasnow is one of the strongest Grass-type with a 2362 CP, but it received another mind-blowing evolution. As Abomasnow can evolve into Mega Abomasnow with 200 Mega Energy but this evolution is temporary. However, this temporary evolution boosts the CP to around 3405. 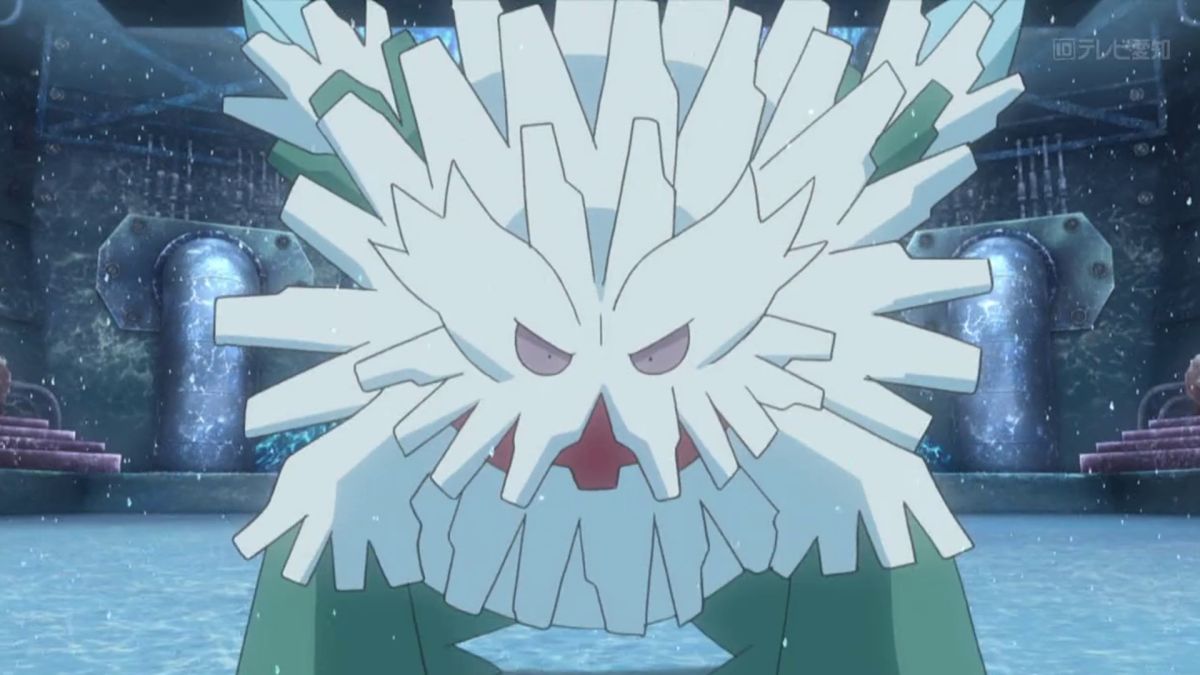 It is one of the original 150 Pokemon that was introduced in the first generation games and even in Pokemon GO. Undoubtedly, Venusaur is an absolute fan-favorite but also one of the best Grass-type Pokemon with 2720 CP. However, the Grass/Poison-type became even stronger after mega evolving into Mega Venusaur, which has a max 3698 CP and costs 200 Mega Energy to evolve. To get a Mega Venusaur, a trainer must first get a Bulbasaur and evolve it into Ivysaur and then Venusaur with 25 and 100 Candies, respectively. 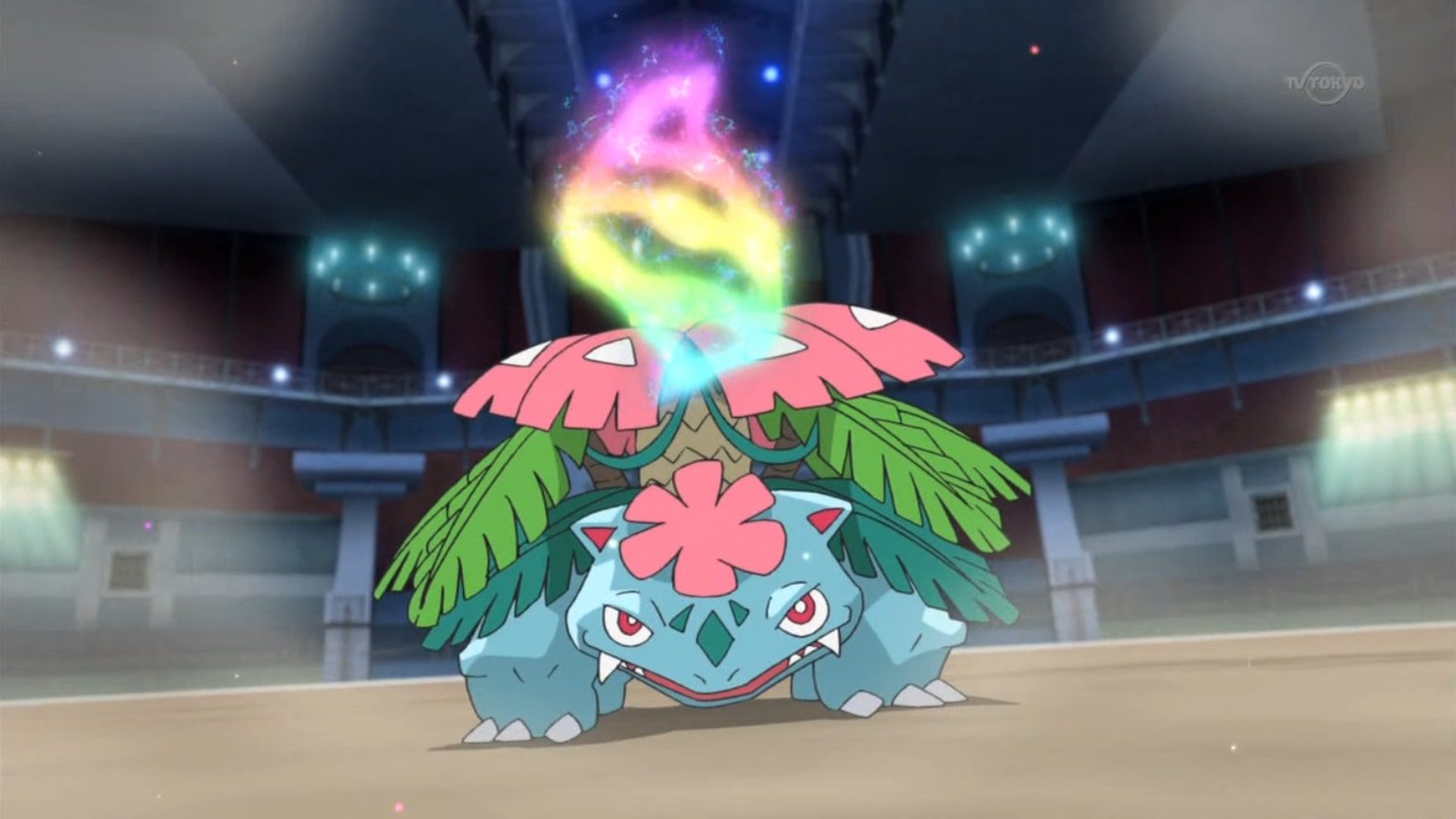 It is a Dark/Grass Mythical Pokemon and the most recent addition to the Pokemon GO and one of the few Generation 8 or Galar region Pokemon. Being a Mythical Pokemon, it is a really strong pokemon. However, Zarude is also the best Grass-type Pokemon in Pokemon GO, with a max 3833 CP. 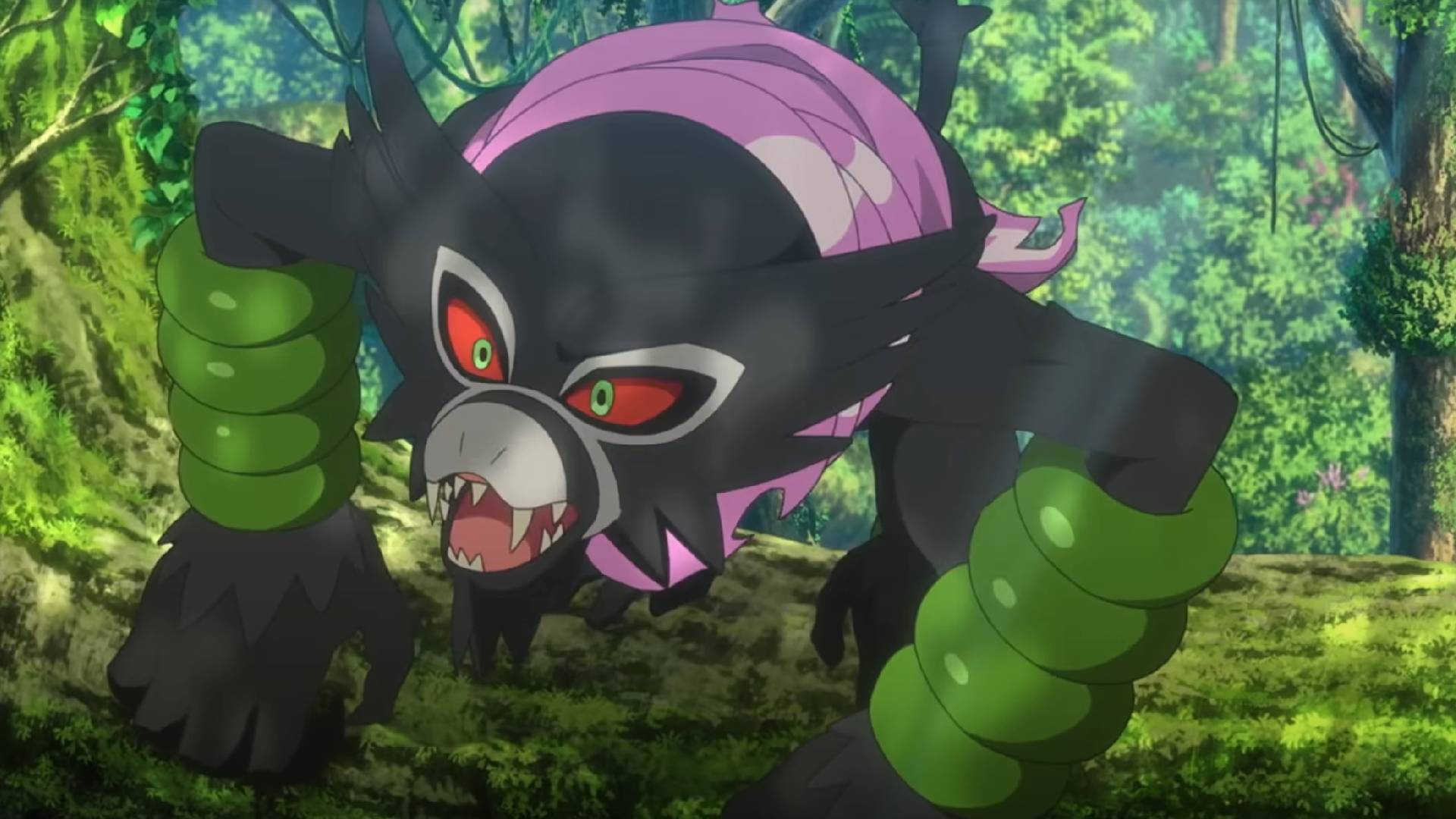 Also, Zarude can only be available through research tasks or 5-star raids.

Also Read: 10 Best Games Like Pokemon GO That Everyone Should Try