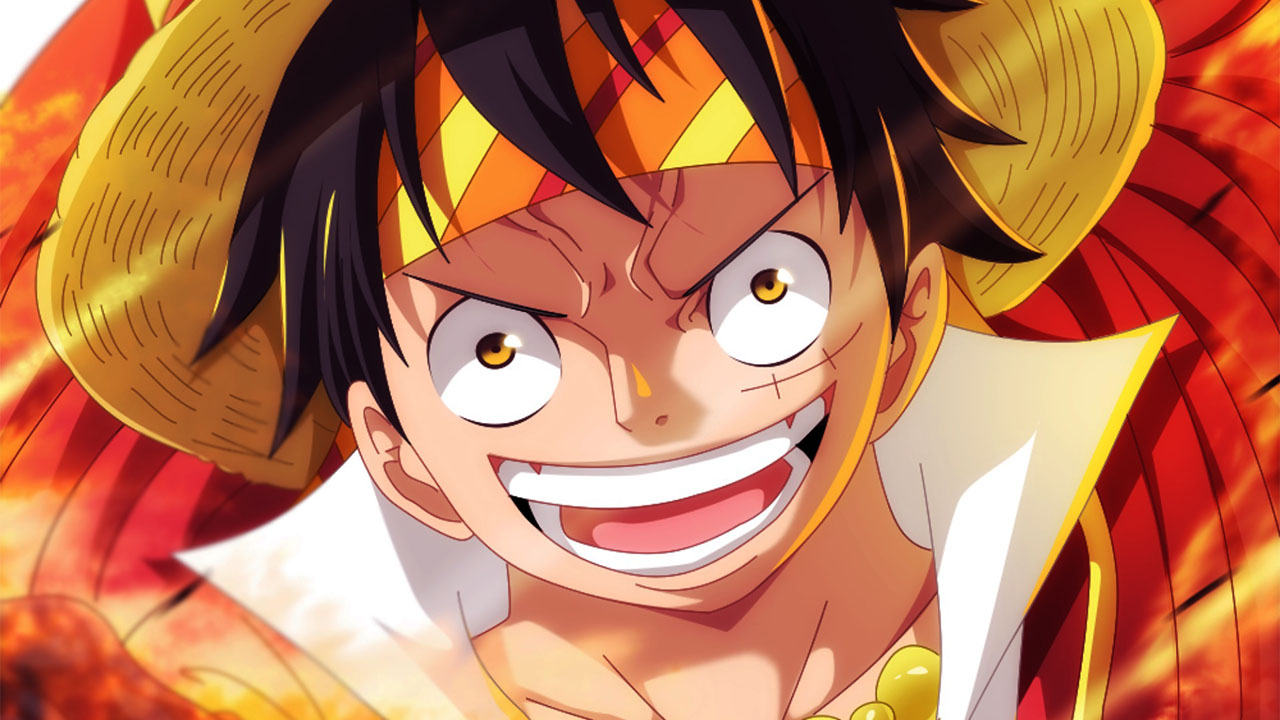 Monkey D. Luffy, the protagonist of the One Piece series and manga created by Eiichiro Oda. One Piece is considered as one of anime’s Big Three and is wildly popular among readers and watchers. The show has been airing since 1999 and is close to having a thousand episodes. The story follows Luffy and his band of misfits as they power through the seas to find the treasure. This treasure is regarded as One Piece. The legend goes that anyone who possesses One Piece will become the Pirate King and that is exactly what Luffy wants.

The show has a lot of great characters and has immortalized itself in the world of anime and manga. The One Piece universe follows a very unique power system where one can gain abilities by consuming Devil Fruits. Luffy himself has the powers of a Devil Fruit. These powers make his body extremely durable and stretchable just like rubber. His abilities can be compared to those of Mr. Fantastic in Fantastic Four. 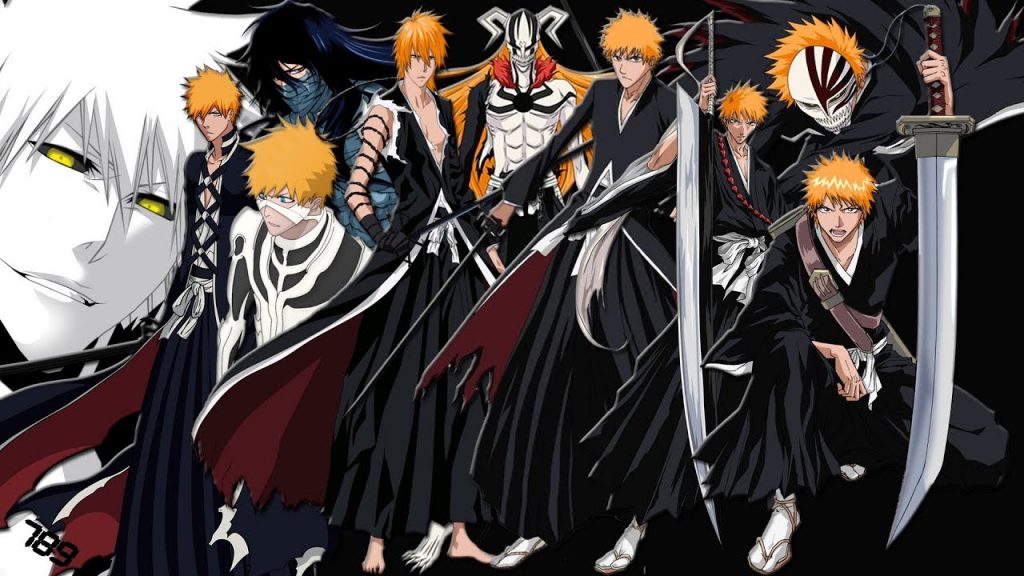 Starting off at number 10, we have another protagonist from the Big Three. Ichigo Kurosaki is the main character from Bleach, an anime all about souls and Soul Reapers. Ichigo was given the powers of a Soul Reaper by Rukia and ever since then, he’s grown stronger and stronger. Ichigo can defeat Luffy because of several reasons. First of all, Ichigo is mind-numbingly fast. He attains even greater speeds when he unleashes Tensa Zangetsu, his Bankai. Luffy is pretty fast himself, especially in his Snake Man form but he won’t be able to keep up with Ichigo’s speed at any rate. Also, Luffy’s weakness is anything with blades. Ichigo’s main weapon is his Zanpakuto sword.

With his sword, he has flattened mountains and changed landscapes with a single slash. Even with his Haki, Luffy won’t be able to shake off every attack and end up biting the dust once Ichigo takes his Hollow Form and releases his Bankai. 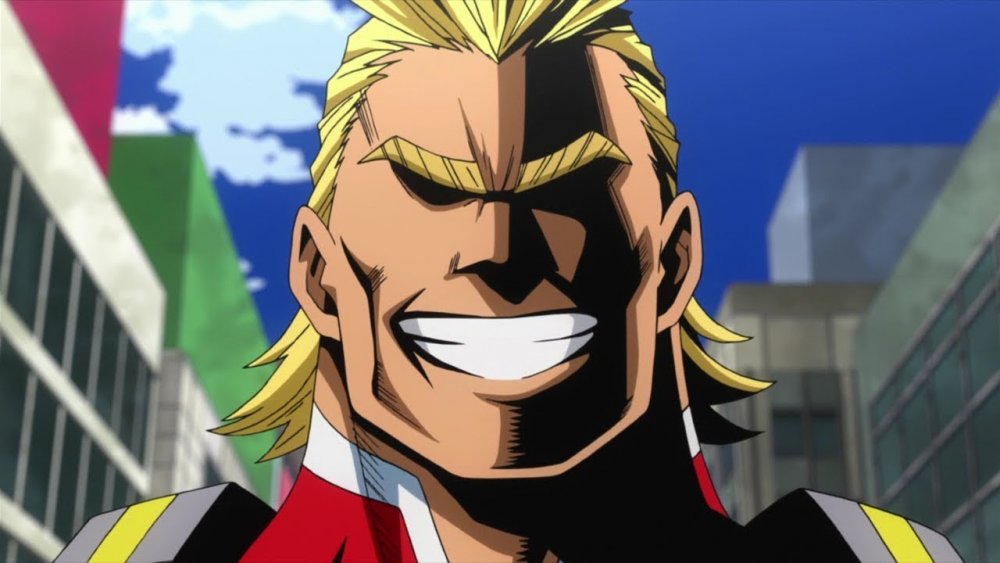 In his prime state, All Might would pummel Luffy. With his quirk One for All, All Might is insanely strong, durable, and fast. He can literally punch the air to create great pressures to affect the enemy. His singular strikes are enough to devastate a whole area and he does so with a smile. He’s the world number 1 hero for a reason. All Might was gravely injured in his fight against All for One. This left him wounded and restricted from using his full force. But the prime All Might before the injury as well as All Might using all the power of One for All would be enough to defeat Luffy any day of the year. 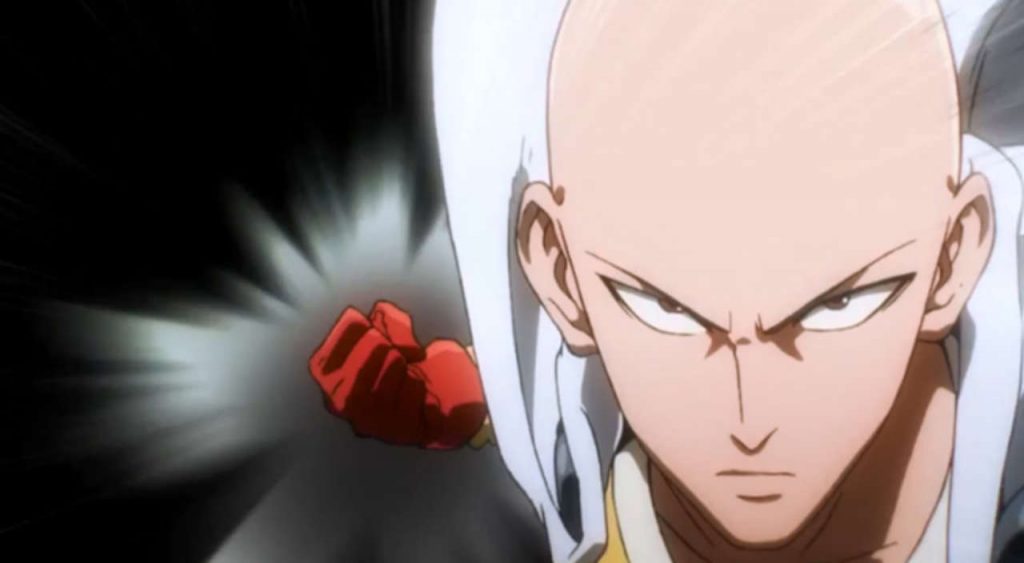 Saitama would defeat Luffy with a single punch and feel bored that he couldn’t fight a worthy opponent. Famous as the One Punch Man, Saitama’s ability is simply that he’s so strong, a single punch is enough to defeat most enemies. This makes him bored and depressed because his fights don’t last long enough and are no fun. But in any case, Luffy could unleash all his fury, and still, it won’t make a dent. Saitama might not even have to use a serious punch to take him down. But when the dust settles, he would be victorious with ease. 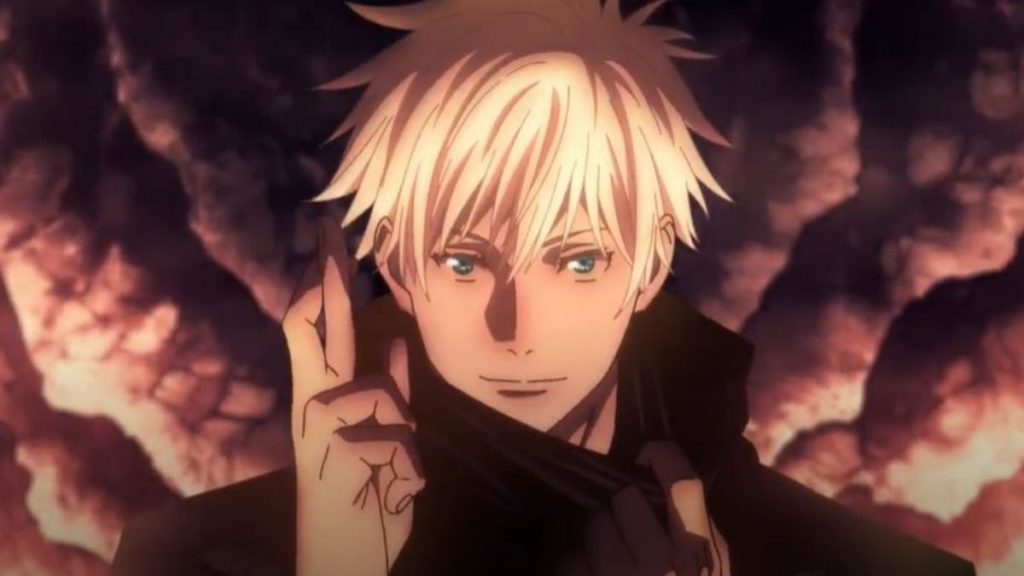 At number seven is Gojo Satoru, arguably the strongest character from Jujutsu Kaisen. Gojo is an expert sorcerer with a massive amount of Cursed Energy. He can literally bend time and space with his magic. There is no way Luffy could take on Gojo since his greatest strength is in the physical realm. Gojo deals with magical abilities and even at that, he’s considered the strongest. Luffy would be lucky to last a minute against him. 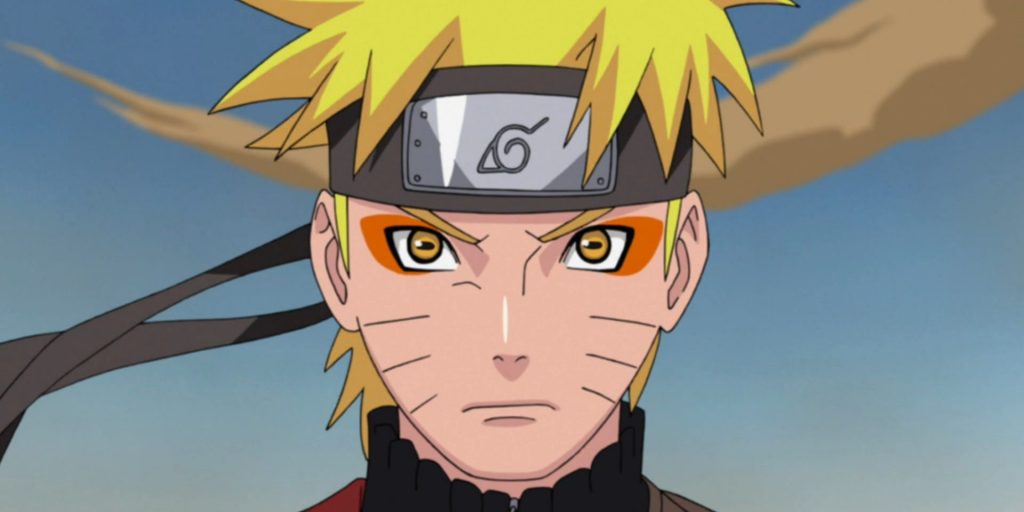 At number 6 we have another member of the Big Three, Naruto. Naruto is a name and face familiar to many. He is the reincarnation of Ashura, an immensely powerful warrior and son of Hagoromo Otsutsuki, the God of all Shinobi. Naruto has a lot of strength and power. His chakra reserves are insane for two reasons. Firstly, he is from the Uzumaki clan which was naturally inclined to having a lot of chakra. Secondly, he has Kurama sealed within him which gives him even greater power. Naruto can destroy planets, tank nukes, and take down enemies who could not be defeated by many. It’s easy to see how a battle between these two would turn out. 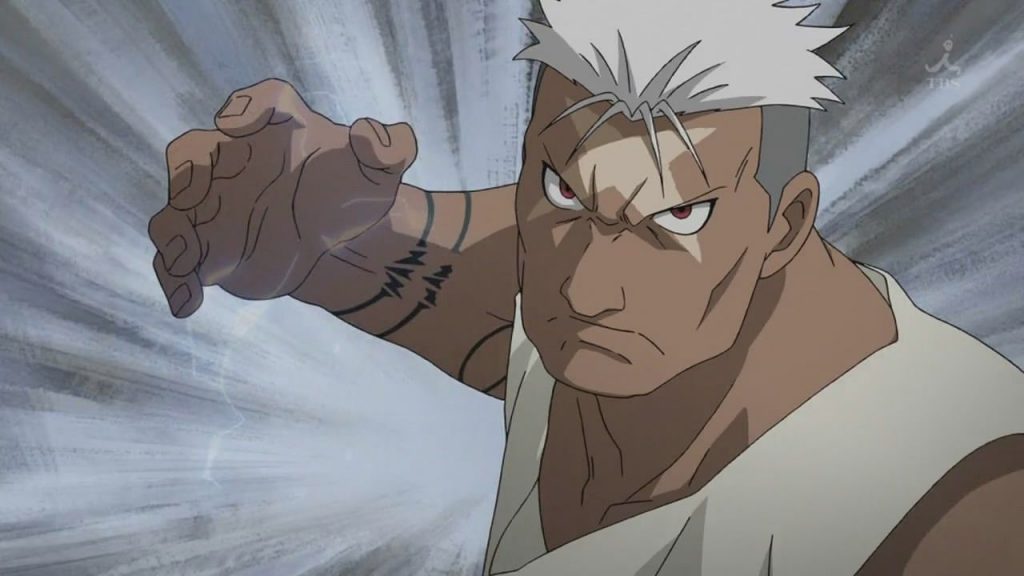 From the series Fullmetal Alchemist, at number 5 we have Scar. Scar is an Ishbalan who mastered alchemy by getting his armed tattooed with alchemy circles and formulas. His primary attack is literally disassembling a person. All Scar needs to do is touch Luffy once and just like that, he would be disassembled before he can blink. By the end of the anime Scar also successfully uses his restructuring abilities to gain defensive and offensive strength. This only gives him a greater edge against Luffy. 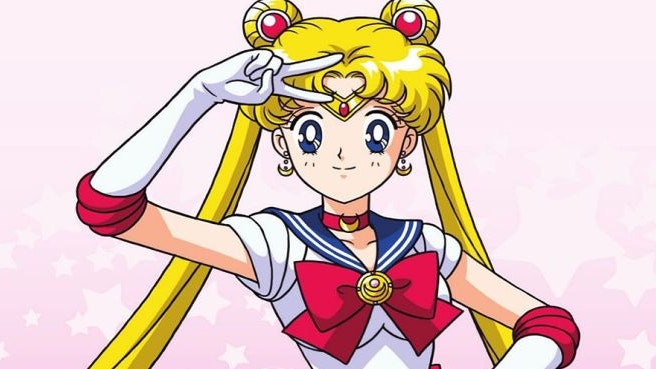 Usagi or Sailor Moon is our number 4 pick. She is someone with a lot of powerful abilities. At her strongest, she can destroy planets, if not the entire universe. She can manipulate time, space as well as reality as a whole. By any means, Sailor Moon is a goddess and Luffy stands no chance when battling against her. 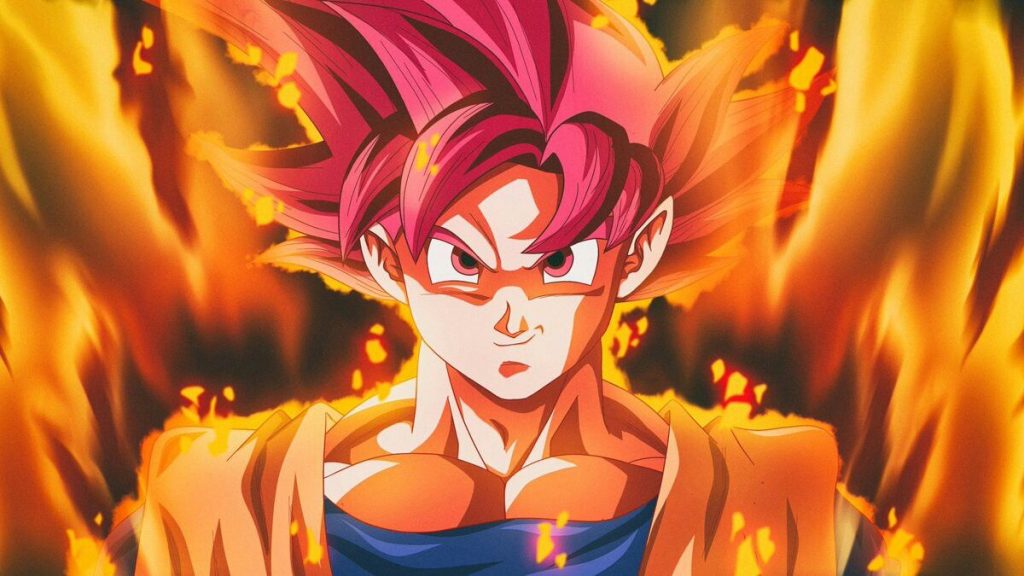 At number 3, we have none other than Goku. Goku is considered one of the strongest warriors in all anime. He can destroy planets with single blows, take on enemies a lot more powerful than him. He can literally run back to live after being killed off just so he can continue fighting. He has trained for ages and is now even mastering the Hakai. Goku would defeat Luffy with a single blow and return to his training routine in no time. 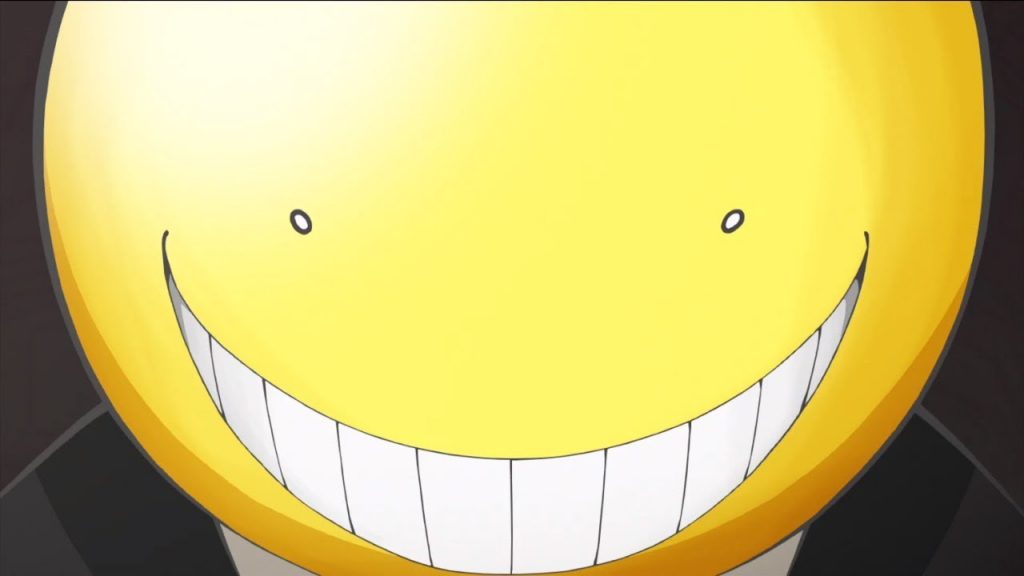 From the anime Assassination Classroom, at number 2 we have Koro-Sensei. He is an alien who singlehandedly destroyed most of the moon. His average speed is Mach 20 which is faster than fighter Jets and he gets even faster going further in the series. Moreover, he is virtually indestructible as most physical attacks seem to have no effect on him. The only way to harm him is with Anti Sensei material created especially to defeat him. So Luffy would stand a chance only if he gets his hands on this material and find a way to use it. 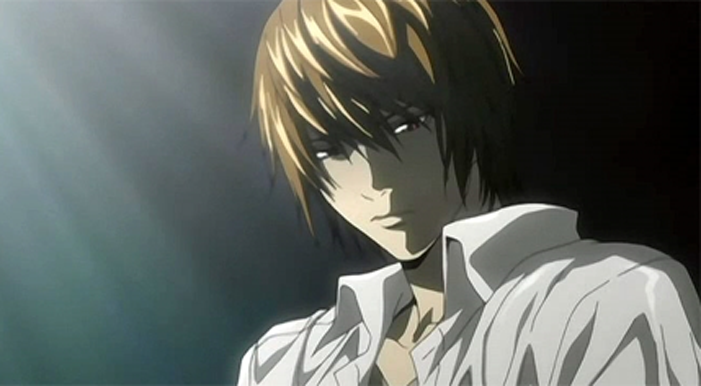 And at number 1, we have Light Yagami. From the famous series Death Note, Light comes across the note after Ryuk drops it to the ground for some fun. Keeping things simple. Light could simply write Luffy’s name in his Death Note and that would be the end of any fight.

And these were the ten anime characters who could easily beat Luffy. Do you agree with this list? Let us know in the comments.