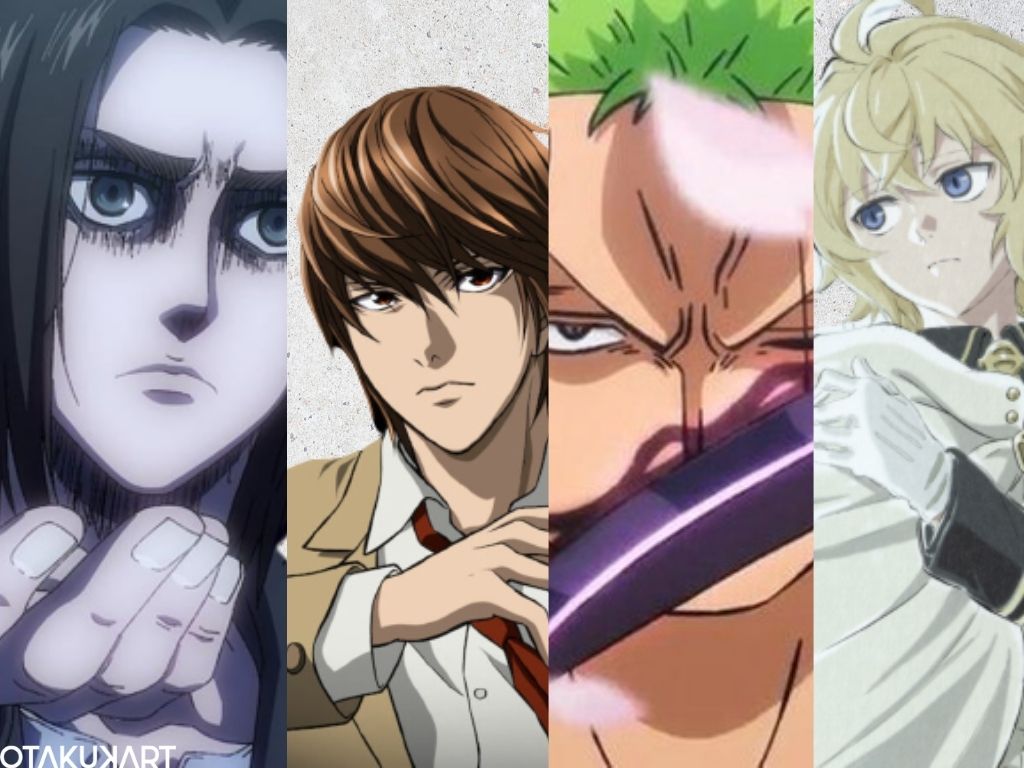 If you are wondering what this is all about, then bet you have any idea about it. Have you realized how much a character’s development over the episodes brings ruins to us? Did you realize that there are anime characters that have done more damage to us than themselves? Some anime characters from popular anime series turn into what they once hated with all they had. With the mindset that they will hate them forever, those characters had no idea that they’ll soon be joining the army. Let’s find out those characters that have become what they hated the most.

Anime Characters That Became What They Hated

Hiei from the Yu Yu Hakusho series is another anime character worth mentioning. He, who hated humans and disliked the fact that humans tend to socialize and put importance on meaningless friendship, comes to like humans after a certain turn of events. 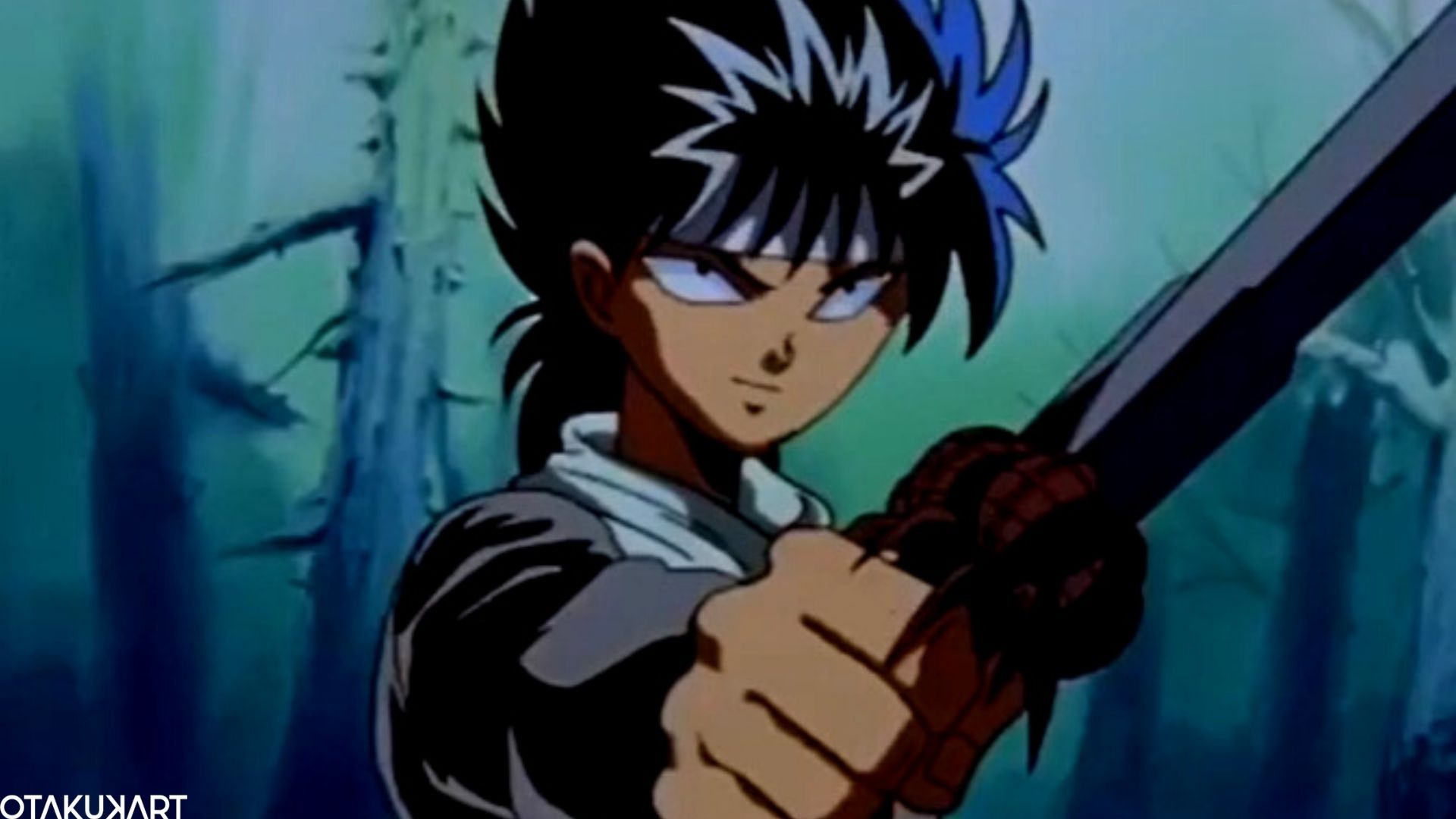 Roronao Zoro is another character that became what he hated. Truthfully speaking, it is not that he hated, he just killed pirates to make a living out of the bounties that he would get after killing them. The irony lies in: he killed pirates and now is a pirate! Zoro is also infamously known as the Pirate Hunter Zoro and is one of the best swordsmen in the Straw Hat Pirates. 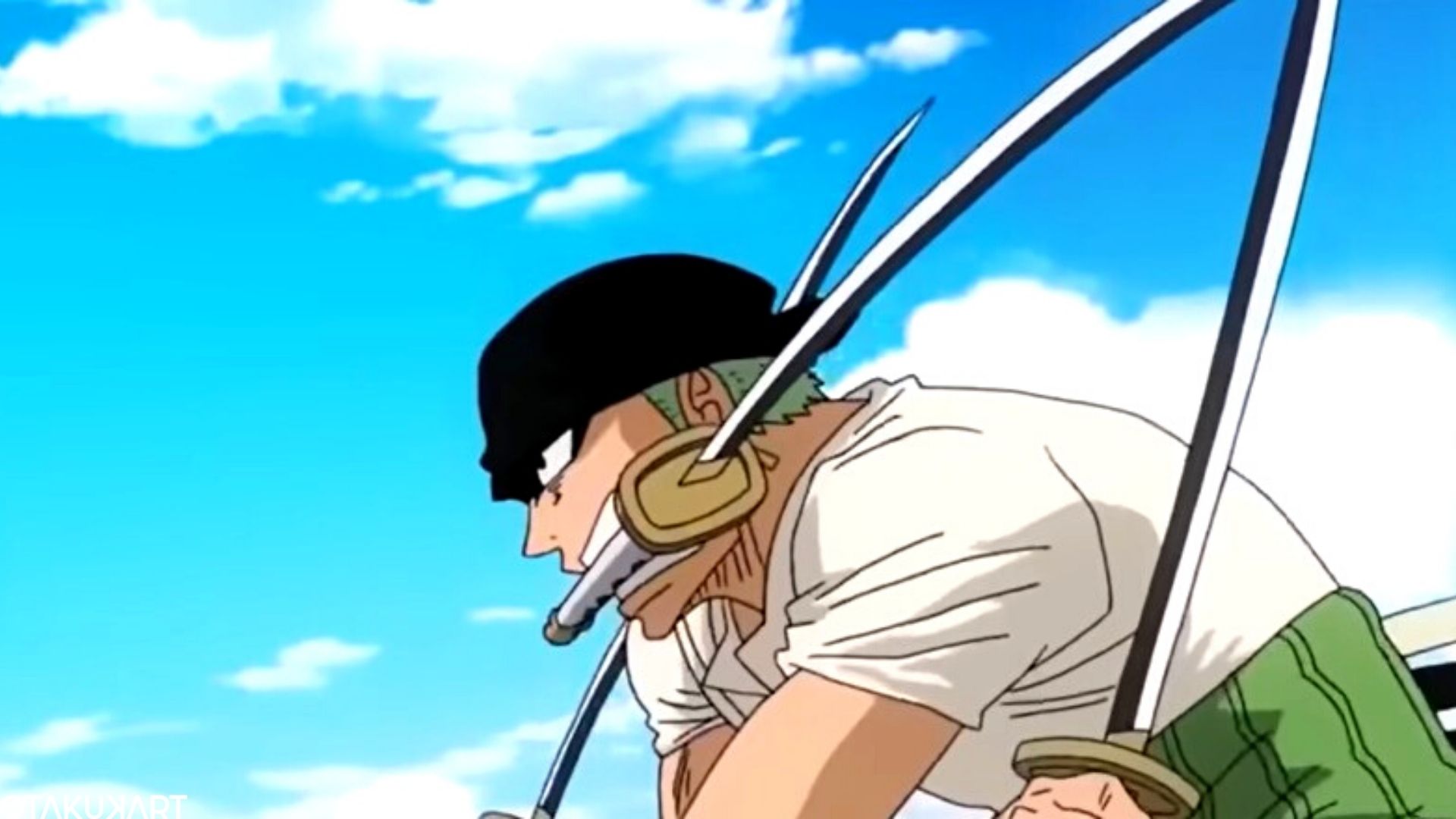 Zoro, Pirate Hunter, from One Piece

Naruto fans are aware that Obito wasn’t always evil. Instead, he was a kind, skilled and determined character that everyone had come to love. However, after certain unfortunate events, his demeanor changed to evil. He was one who hated war but is also the one who started a war, Fourth Great Ninja War. Not that Obito wanted to start a war. But he had no choice. Also, Madara entering into Obito’s life, when he was on the verge of a breakdown, holds him responsible for Obito’s changed vibe. 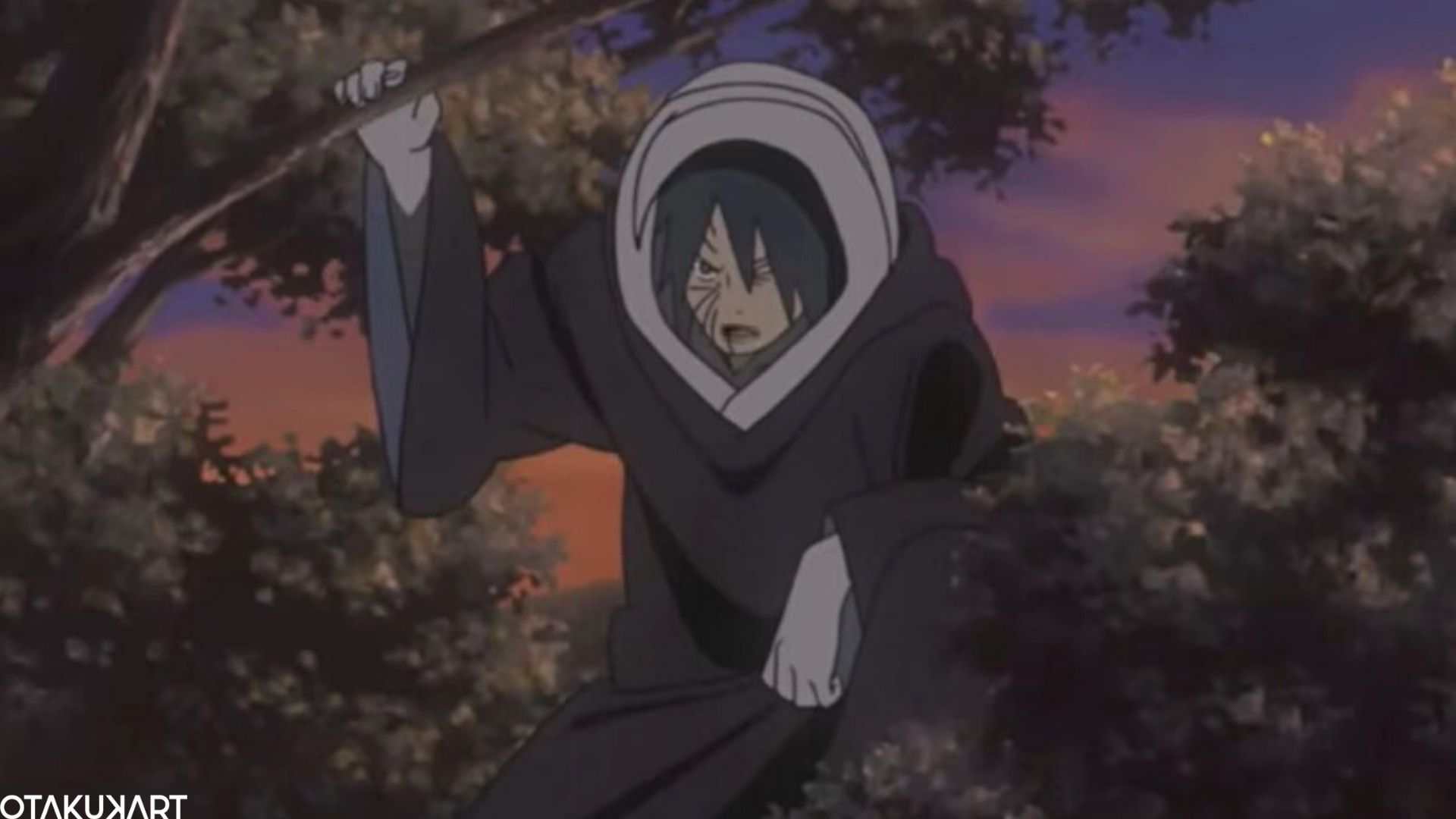 From the series Parasyte, Shinichi Izumi, the main protagonist, hated parasites with all his might. But who knew that what he hated the most would be the one to help him in the future? Shinichi loathed parasites because of their way of killing humans mercilessly. He loathed and later on doubted his hatred towards them though. However, the fact that Shinichi hated parasites and still became the host of a parasite called Migi doesn’t change. 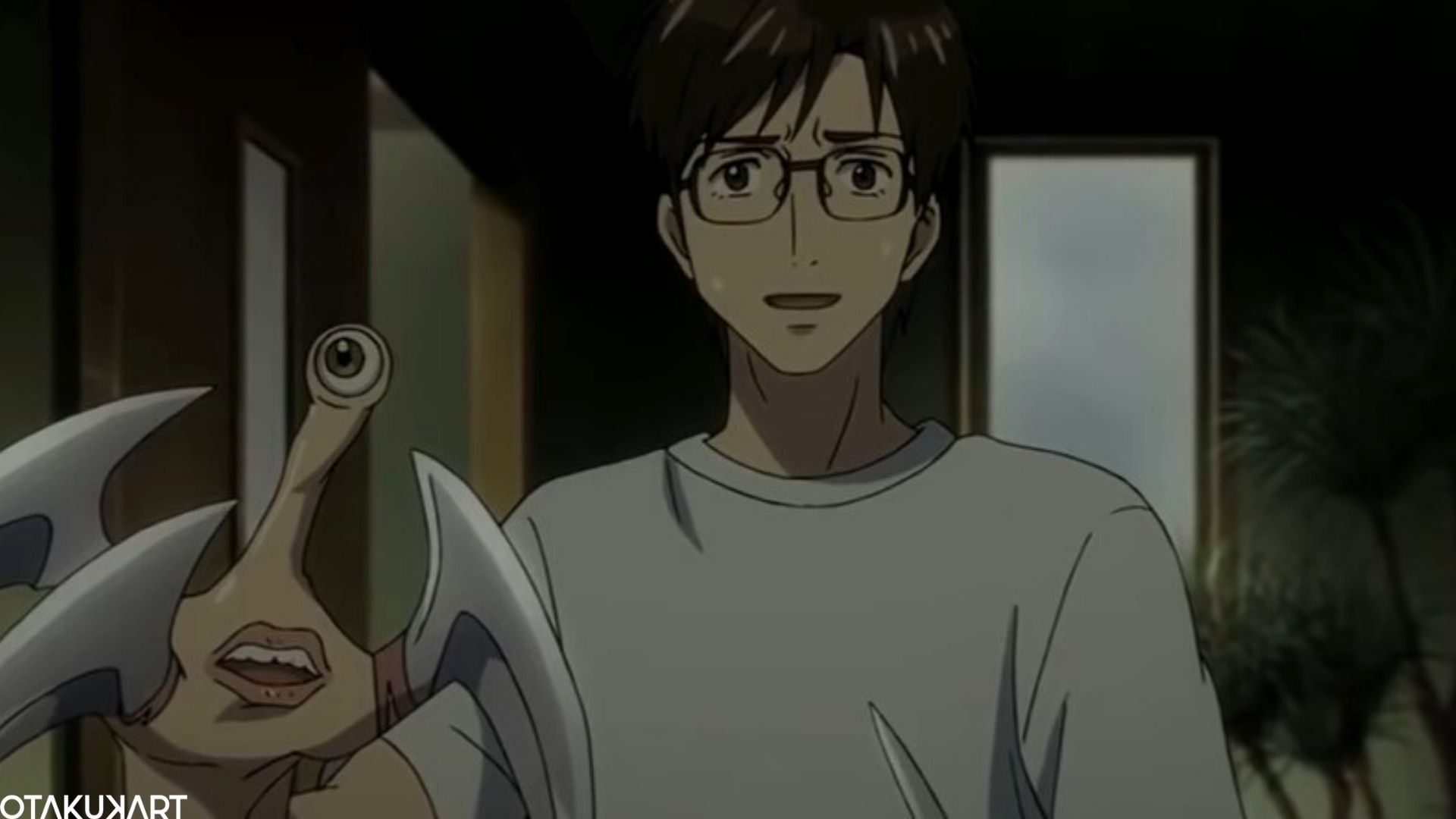 All BNHA fans know the tragic past of Shigaraki. He, who looked up to heroes so much so that even when he destroyed his family he sought a hero who would lend a hand, has now come to hate heroes so much that he has become the wanted villain/criminal. It will not be accurate to say that he hated villains, but looking at how Shigaraki wanted to be a hero so much, like his grandma, Nana Shimura, it is impossible to not mention him. 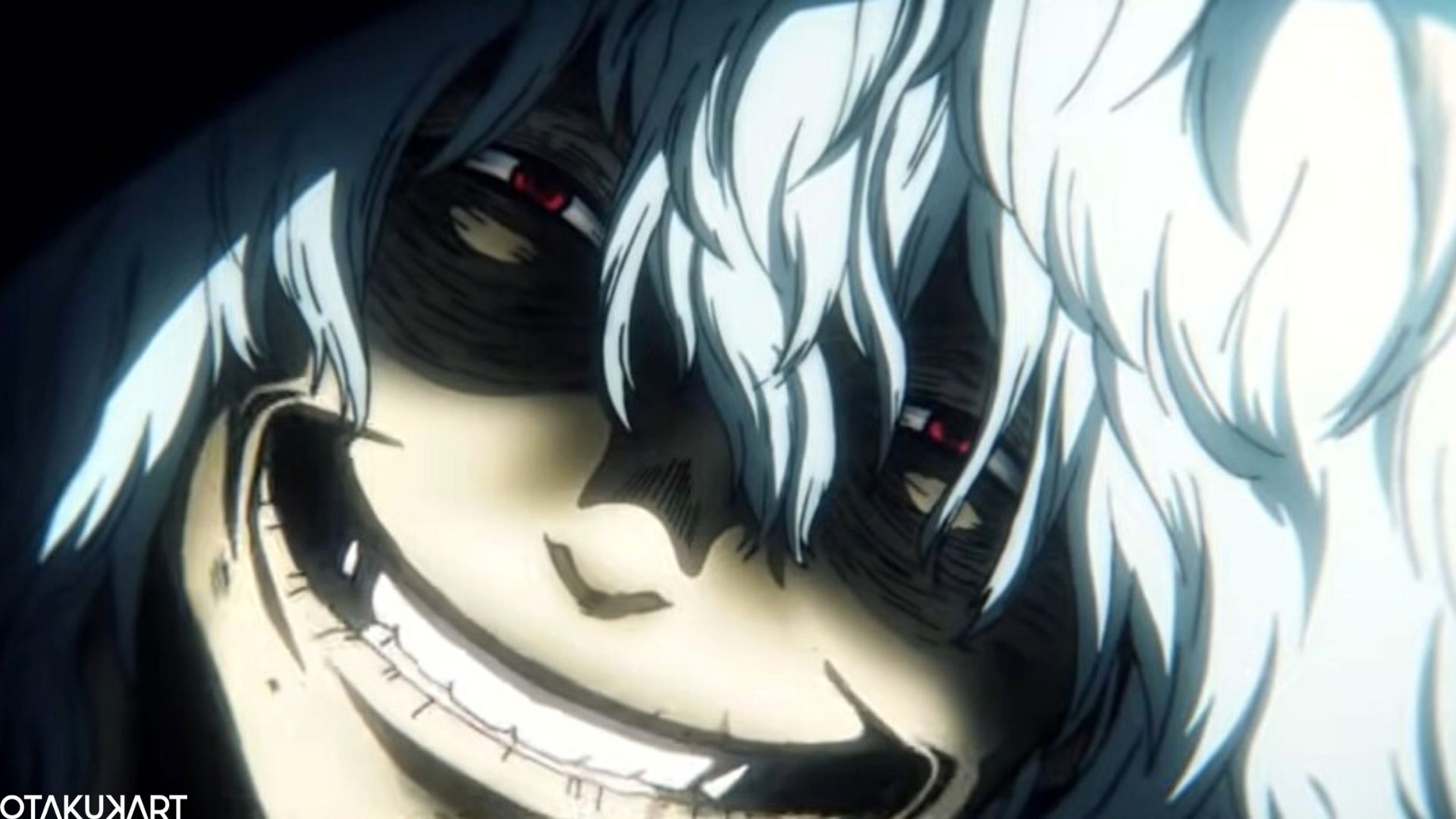 The Mob Psycho 100 series is fans’ all-time favorite. Shigeo Kageyama, who is known to have fewer emotions, actually bottles up all his emotions due to his psychic powers. Because he hates using his psychic powers to harm others, Mob can also be put on this list. Mob has his psychic powers on a check. However, if his loved ones are harmed or someone tries to harm the people he cares for deeply, Mob can hold himself no more and his powers then explode. 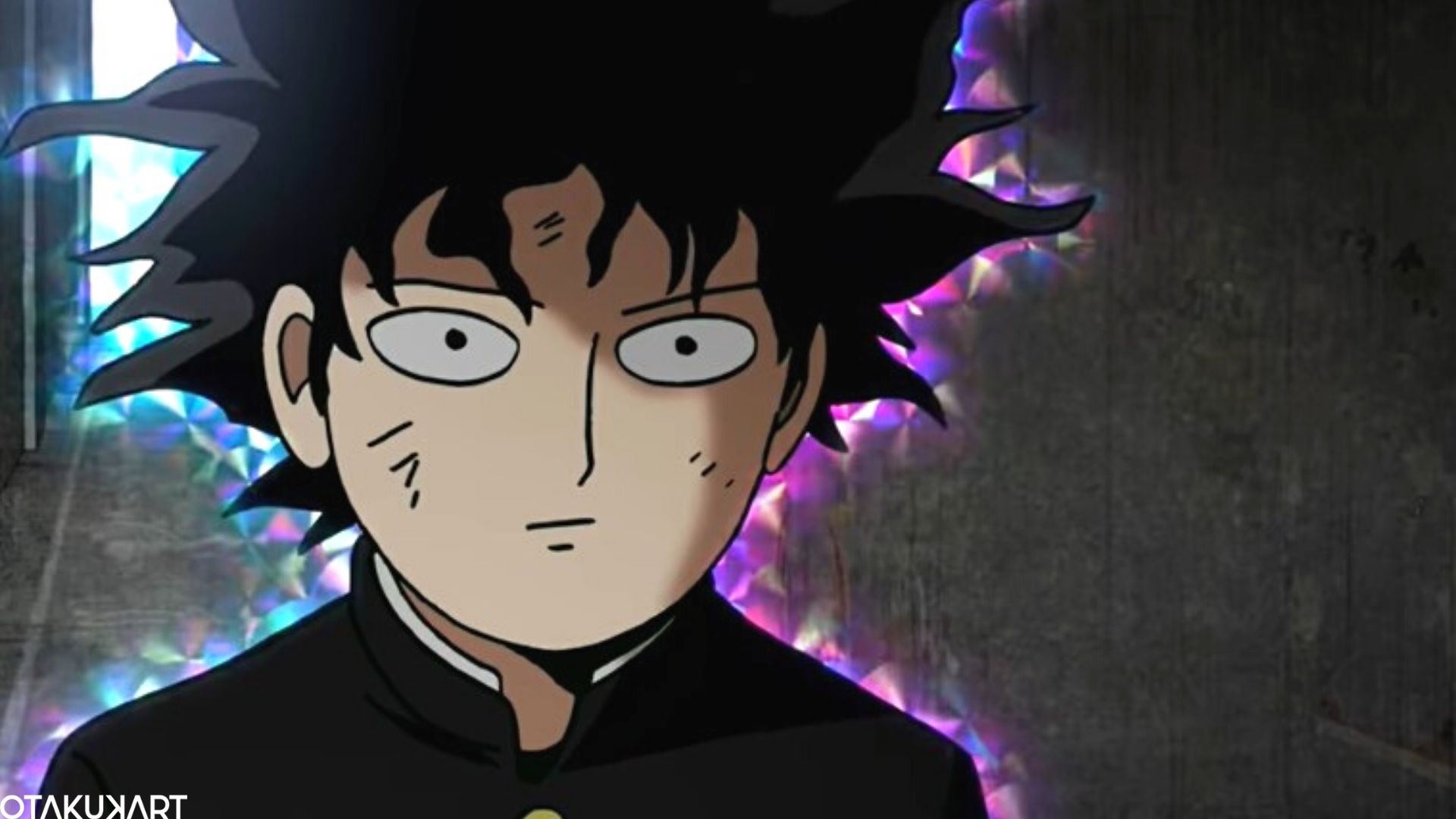 Mika, in the Seraph of the End series, has faced some real challenges while trying to save his family from the orphanage. Not knowing what lies ahead of him, Mika offers blood to the vampire, Ferid Bathory. Mika had no idea that what he hated the most would come to him in the worst possible way. He hated vampires for ruining their family, the orphanage. But, as he was left behind, he was forced to turn into a vampire by the Third Progenitor Krul Tepes.

Yuuichirou, the only family left, has come to save Mika from the vampires only to know that Mika has turned into a vampire himself. The sadness both expressed has fans realize that not all vampires are kind enough to spare the parting family. 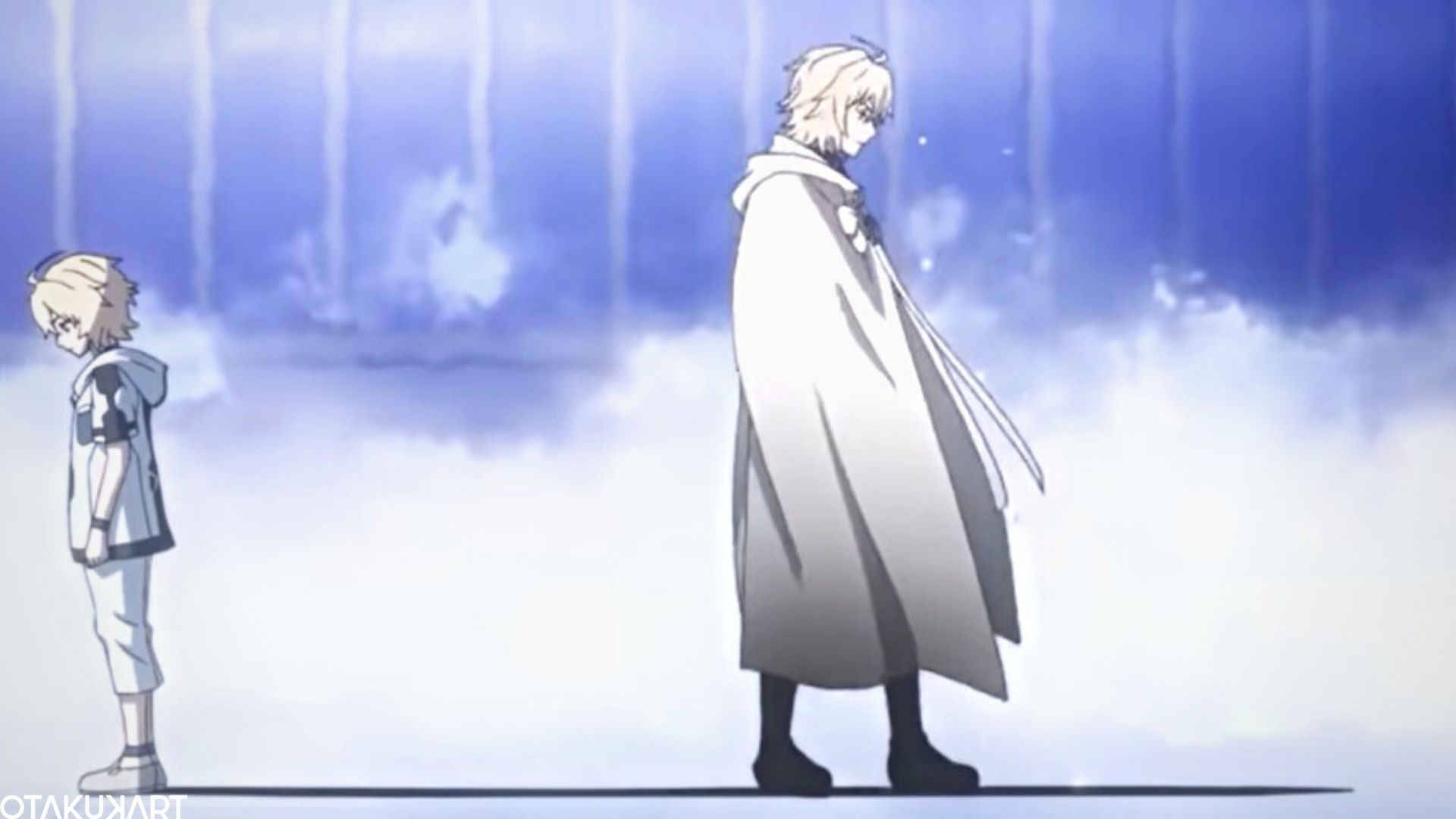 Mika from Owari no Seraph

The most heartwrenching episode in Tokyo Ghoul, episode 12 ‘High Spirits,’ has left fans overwhelmingly sad. Kaneki, who has this bright side to him, despite being all alone, without his parents, turned into a ghoul which he hated the most. He liked Rise-san, who seemed older than him, was quiet and elegant. Her taste in books and Kaneki’s matched very well, which pulled him to like her more. However, not knowing about Rise fully, who was a ghoul, Kaneki was taken to an isolated construction site.

Rise tried to kill Kaneki, however, her plan backfired when she died ‘accidentally’ because of falling pipes. Kaneki was saved, by transplanting the organs of Rise into his body. Not being able to accept the truth, Kaneki hated whenever Rise would take over Kaneki’s mind and body. Ghouls need blood to keep themselves survive, and Kaneki never accepted blood when offered. However, when he was tortured to death by Yamori, Kaneki had no idea of what was to come.

Kaneki turned into a ghoul, fought Yamori, killed him, and even later continues to fight, despite his not wanting to do so. He accepted the fact that he could run from no more. Kaneki now is a ghoul which he at first hated the most. 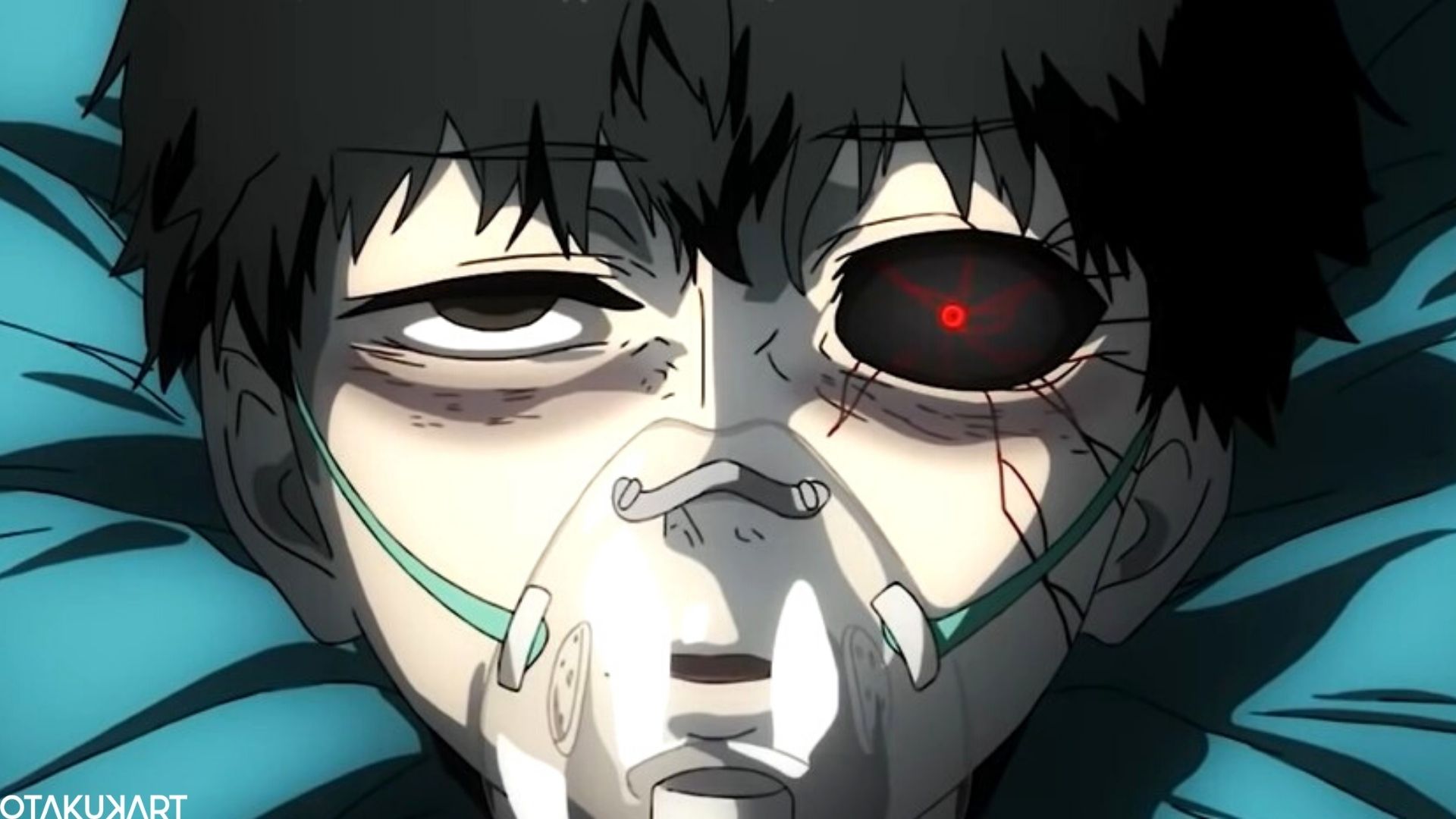 Light Yagami is such a realistic character that everyone can relate to. All of us have our darkest desires that we can only think of and not do anything about it. But Light had the opportunity befall onto him. He really hated the criminals and all the bad ones who made this world hellish. However, when the Death Note was lying on the school grounds, Light could do nothing but have his curiosity take over him. After bringing the notebook with him, Light tried to understand it.

Upon understanding how to use the notebook, Light had all the criminals die one by one, even too many together. One should always use whatever is in their hands, but they should set a limit so as to not lose themselves. Light started losing himself and his real goals. From being a character who hated the criminals, Light himself became a major antagonist of the series. 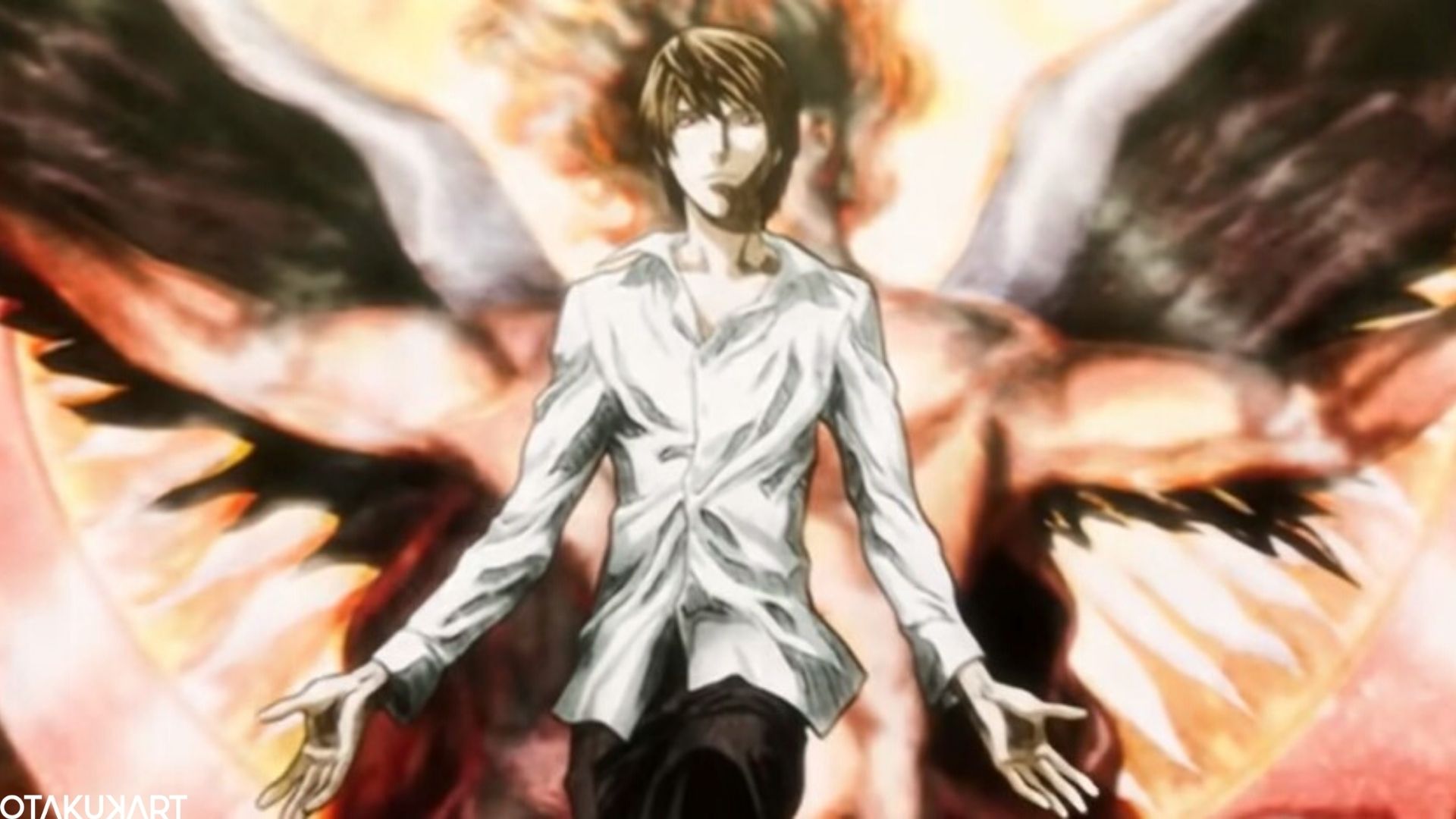 Eren hated titans, for sure. But, what he hated once is what he became. Eren hated titans and he became one! When Eren’s mother was eaten alive by the smiling titan (Dina Yeager), everyone thought that Eren would go on a rampage and kill all titans that are alive. But who knew Isayama, the creator of AOT, had some other plans?

Eren is that anime character who has become quite controversial for his decisions all this time. In the first season, when Eren’s mother was eaten by the titan, all had thought that Eren would be the one to kill that titan and even all the titans. Coming to season 2, fans were happy to see Eren’s development which would ultimately lead him to destroy the titans. 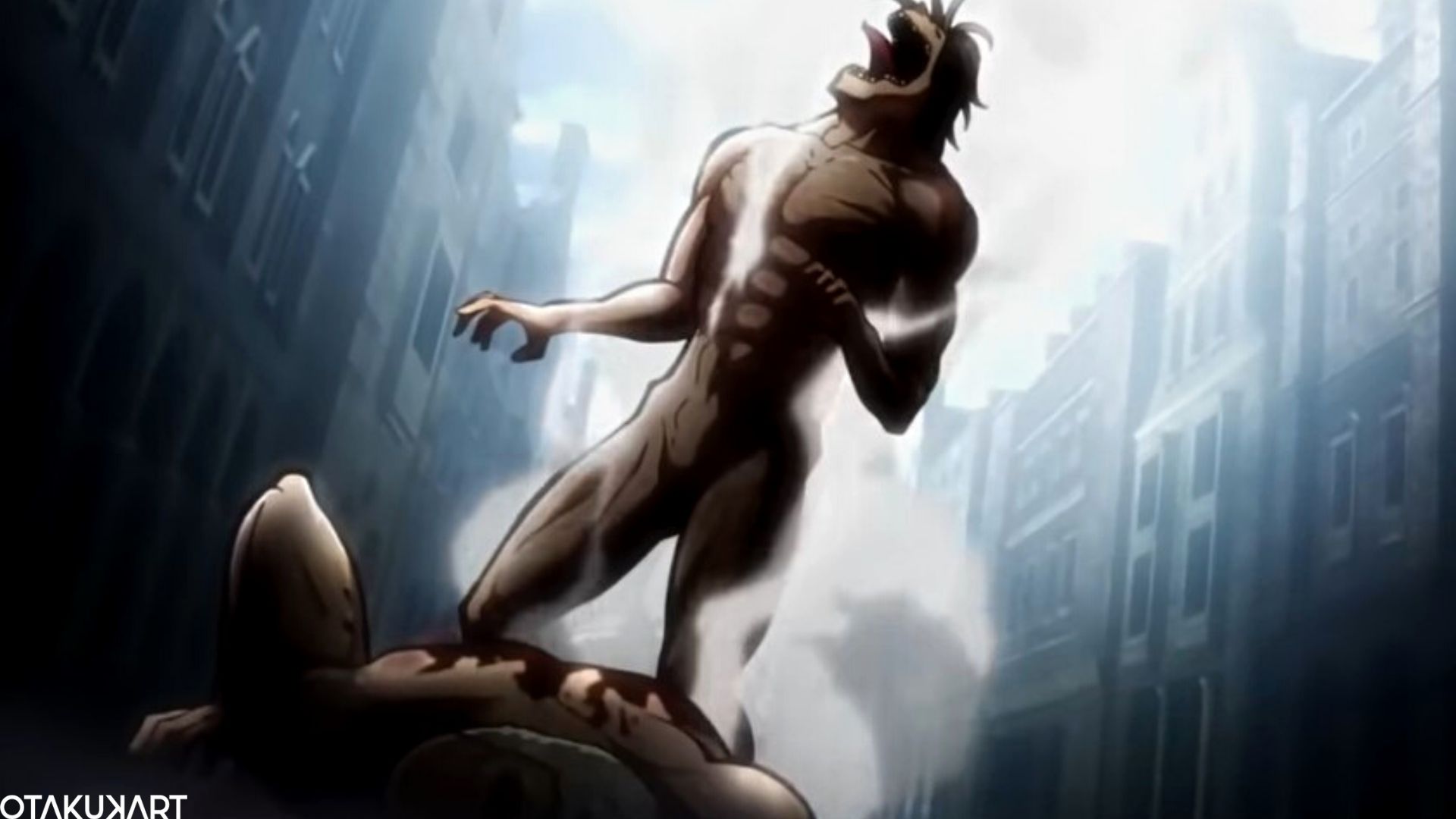 Starting from the third season, fans were worried about something else now. Eren’s behavior had made all fans rethink what they thought about Eren in season one. The fourth and the final season had fans blow up their mind. No one knew, except for manga fans, that Eren would be doing what he’s doing now.

Also Read: Armin Vs. Erwin: Who Deserved The Power of Colossal Titan?