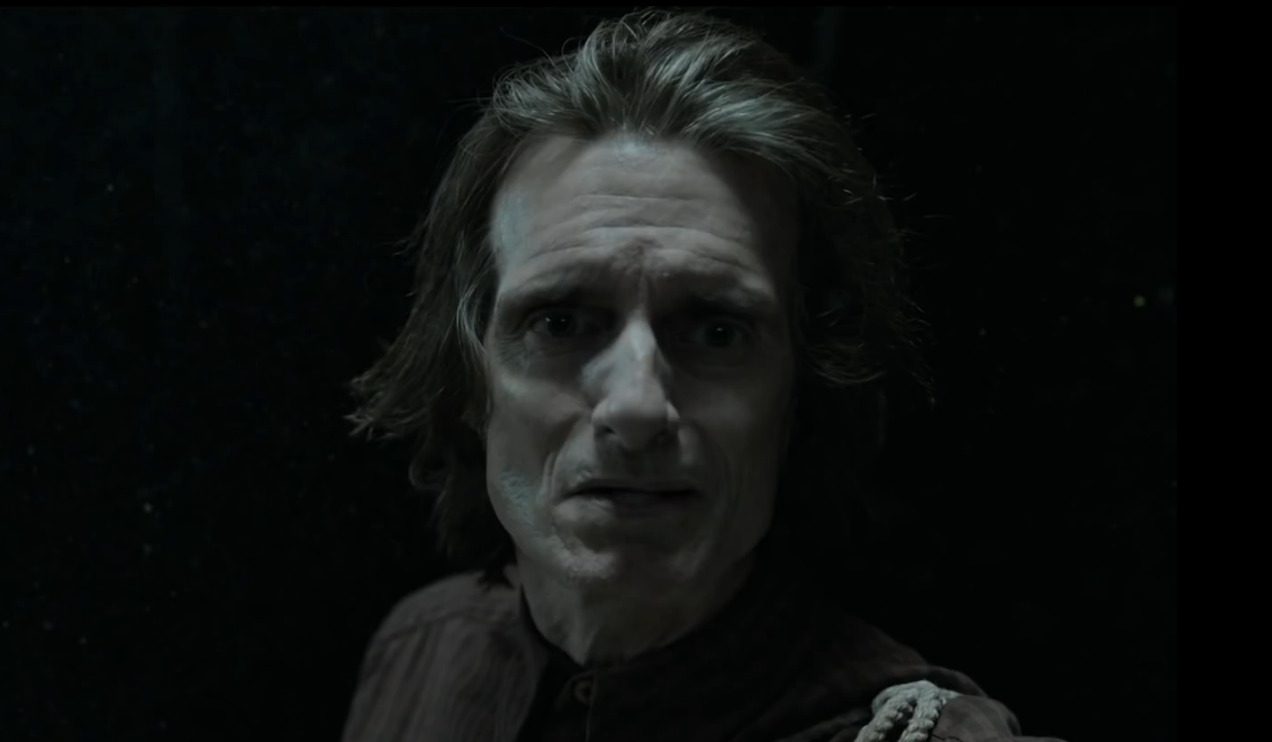 John Griffin’s MGM horror show “From” is set in a secret town somewhere in the United States with no obvious entrance or exit. This town has no precise location on the map and is a pocket universe that attracts visitors from all over the United States. When a person or a small group of people driving through the forest road comes across a fallen tree in the center of the main road, they are forced to take a different road and end up going in circles, only to realize that they have been trapped in a loop. But the horror doesn’t stop there, as we get the ending of From explained.

The town experiences a horde of savage human-looking monsters emerge from the forest at night and feed on any living human they come across on their quest. People in the town hide in cellars or behind closed doors and boarded windows to avoid these nighttime monsters, while a mysterious talisman with strange patterns protects them. Season 1 of the “From” series ends with a lot of unanswered issues and no definitive solutions to satisfy the viewer’s curiosity. Therefore, a lot of it is left to guesswork or speculations. So, without further ado, let us enter the strange universe and try and understand it using the clues scattered throughout the story.

The first question that comes to mind after completing Season 1 is exactly where is the location where the series is taking place. Season one doesn’t even begin to unravel what is arguably its biggest mystery. However, there are some clues that can help us narrow it down. Wherever they are, does not seem to be of this world, electricity conjures itself out of nowhere, Ethan’s impalement heals in a matter of days, and residents, when they try to escape, end up looping back into town every time. Wherever this place is, the regular rules of physics and biology don’t seem to apply. In episode 9, we see a collection of Victor’s drawings, drawings in which Ethan says, “Tell a story” one of these is of a town in a snow globe. 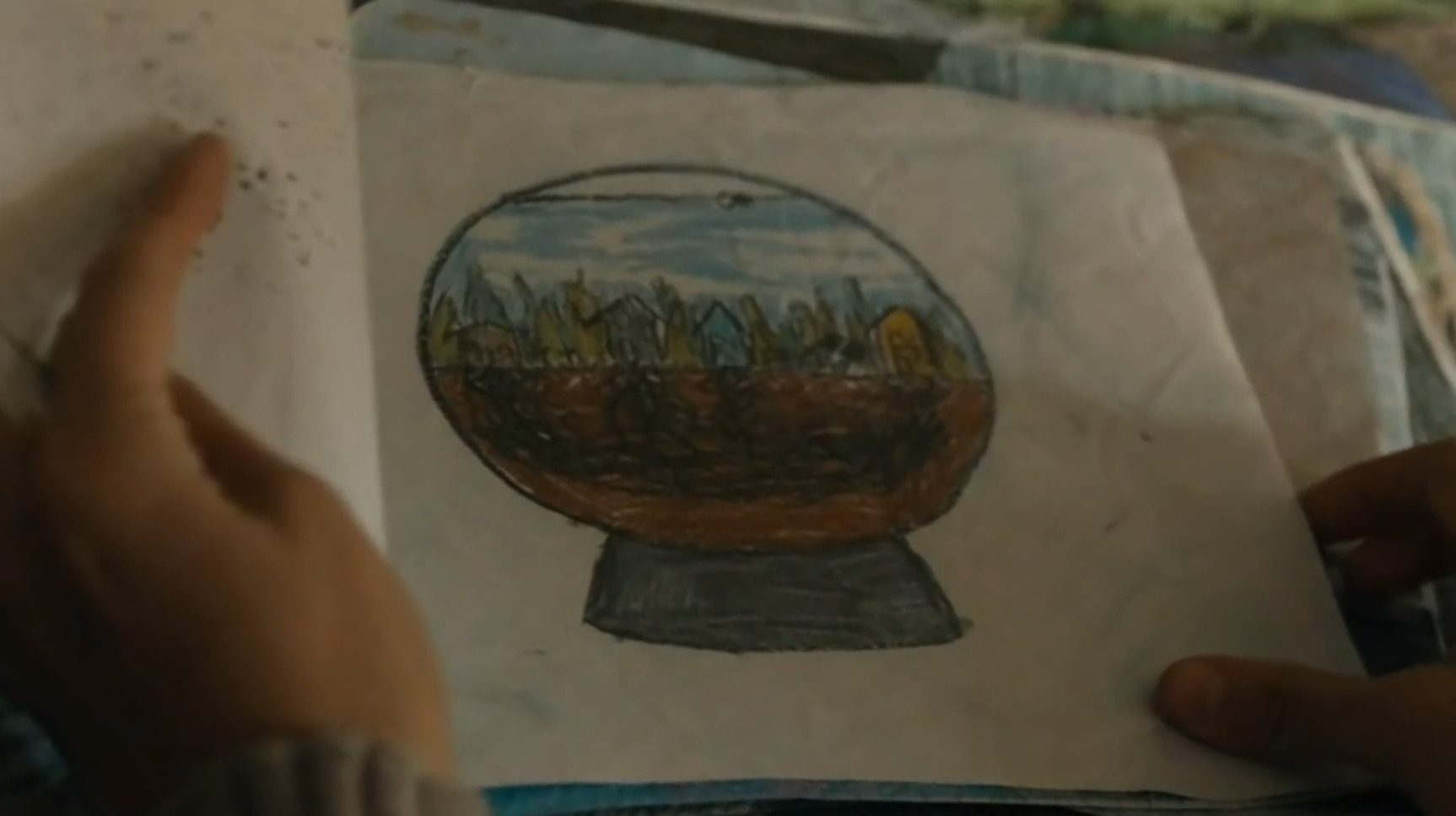 Is our town separated from the rest of the world in which the normal rules of physics and what we believe is possible can be bent? This would explain many of the show’s supernatural elements like monsters who only hunt at night and seemingly can’t be killed, Victor’s ability to predict the future, trees that transport people to Narnia and let’s not forget the boy in white’s ability to use telekinesis. We don’t think this place is some sort of purgatory. If that’s the case, what did Ethan do to deserve being here? Our guess is triple homicide. We also don’t think it’s a dream, Boyd’s wife, Abby shot up the town, believing if they die, they’ll wake up from the dream, but in episode 9, a voice tells Sarah that Abby was wrong.

In the Sheriff’s office, we see this map of pinned locations where each of the town’s people was before their cars wound up in from town. This place has seemingly transported these people for a purpose, a purpose which is yet unknown. With the introduction of the lighthouse in episode 10, it’s also possible we’re on an island or perhaps somewhere near ashore. The cave drawings uncovered underneath Jim’s house show this lighthouse with what appears to be people in boats. Maybe that’s how people got here before cars. Wherever this bubble or parallel universe is, it’s been happening for a very long time, at least 1506 if the numbers in Tabitha’s dream are to be believed. 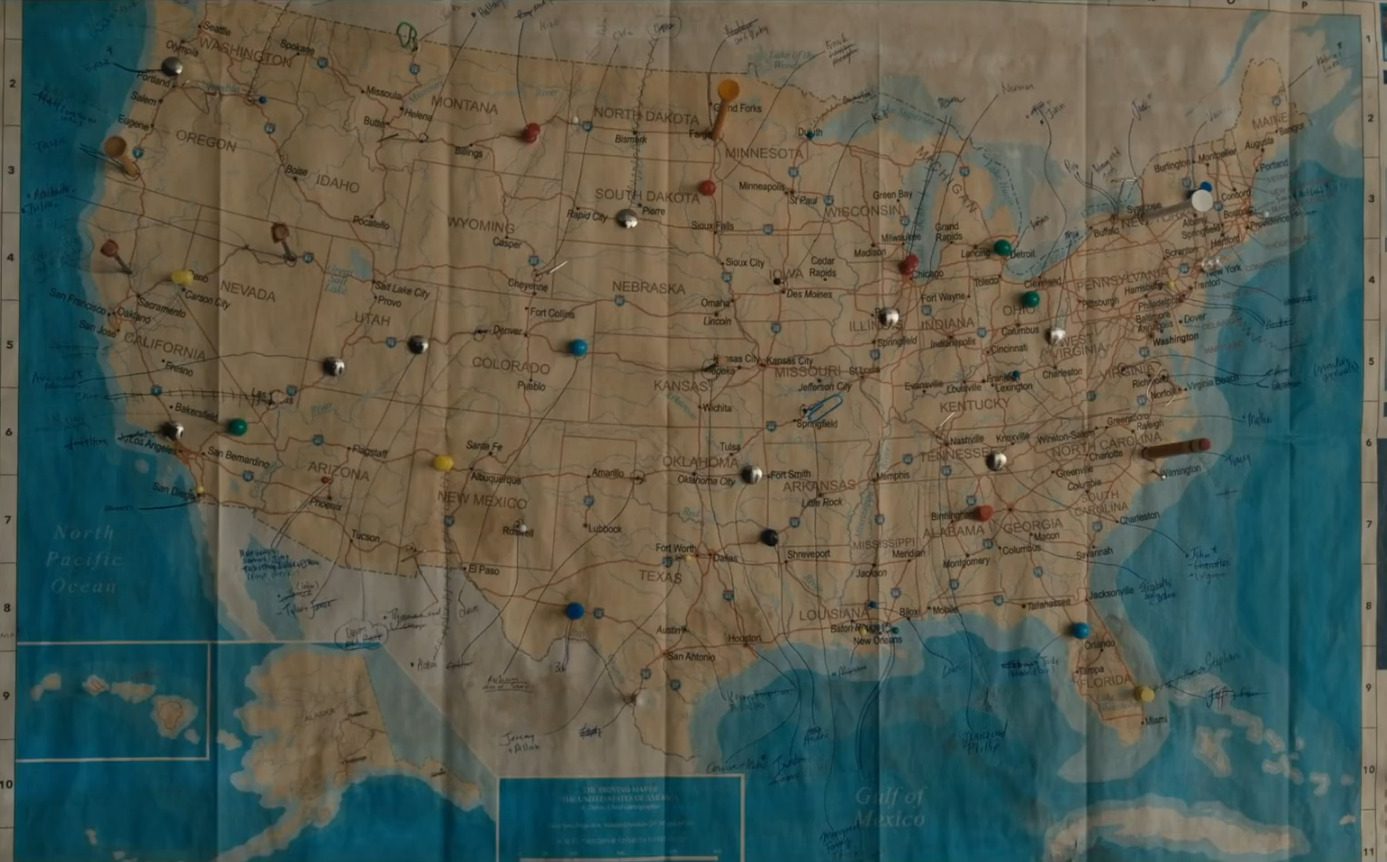 That’s just 10 years after Columbus discovered America, and yes, we know it was actually the Vikings who discovered America several centuries earlier. In episode 7, a drunk guy jokingly exclaims that they might be in a pocket universe, and honestly, he might be right. So we don’t really know what these numbers in the underground cave are, but it’s totally possible that the latest number, 1978, is the year Victor woke up to find his town brutally murdered, leading me to believe these are the start dates of some sort of cycle that repeats over and over again.

Who Are The Monsters?

So who are the monsters? Like many of the big unanswered questions of the show, we don’t really know. However, we have several clues to help us out. We know that the monsters are bound by a set of rules; they only appear at night and can’t enter a home hanging one of these talismans without permission. We don’t know why these talismans work nor who planted them in that stone hut where Boyd found them, but these objects seem to be leftovers from previous cycles if this cycle theory is to be believed. The monsters shouldn’t be confused with the Boy in White. Unlike the monsters, he can be seen during the day and helps our characters. 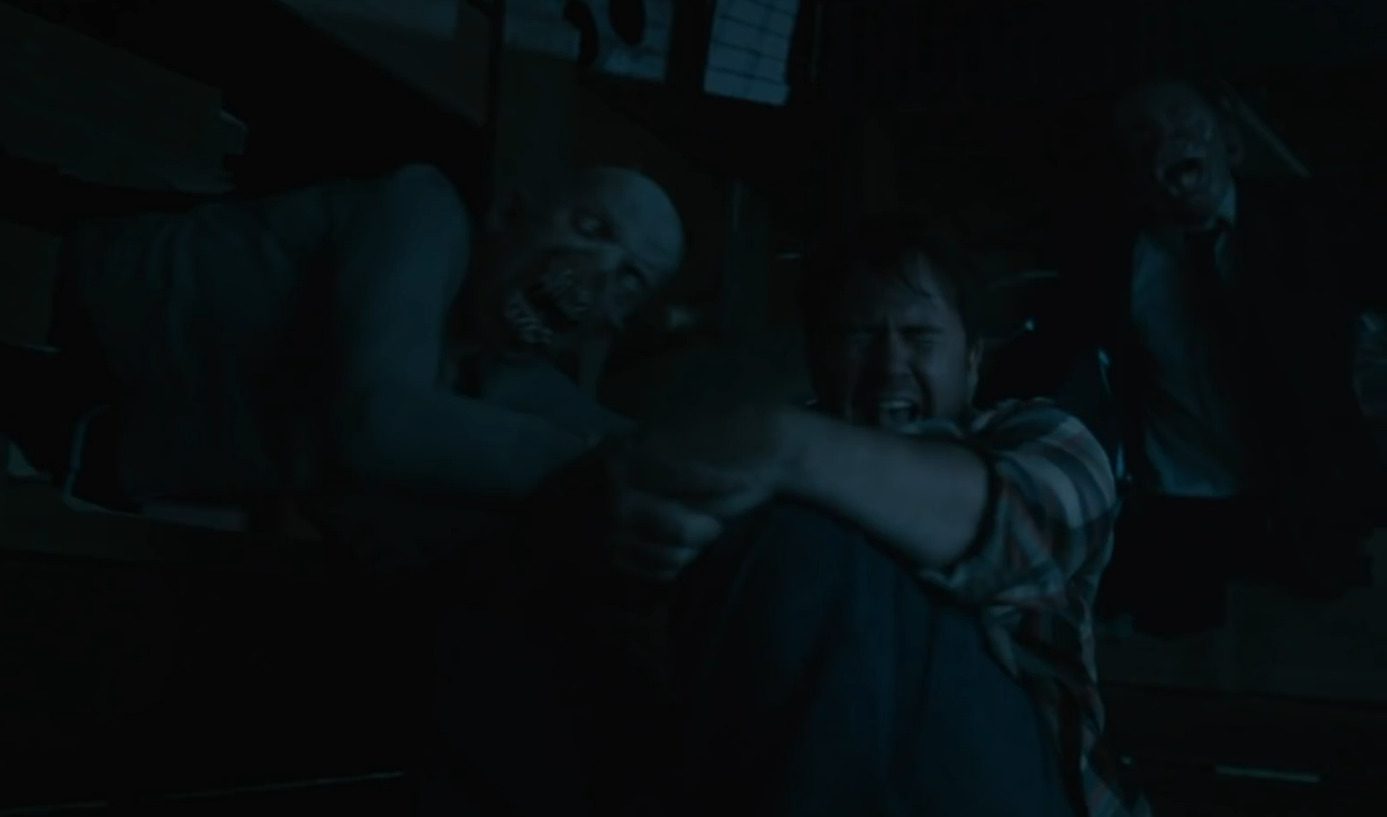 This all points to there being two large forces of good and evil using our townspeople like pawns in a game of chess. Slight ‘Lost’ spoilers, but the nature of good and evil was a huge theme explored in that show, with the supernatural characters of Jacob and the man in black using the people on the island to further their own agendas. With several writers and directors who worked on ‘Lost’ working on ‘From,’ it’s totally possible that this may be the core of what’s going on and that the monsters are players on one side of this battle. Fun fact: the symbol on the talisman looks like two figures stuck together, and the radio antenna itself looks like one-half of it. This leads one to the voice on the radio.

Who Is The Voice On The Radio?

Throughout the last half of the season, Jade and Jim create a radio tower with the hopes of communicating with well anyone. This is culminated in a wild idea to utilize the town’s magic electricity to power the antenna to create a signal strong enough to get out an SOS. Of course, as soon as they get it working, a wild rainstorm comes in, matching up with Nathan’s theory that ‘if you push too hard to leave, something will push back’. Jim’s able to get a message out, but a man’s voice on the other end tells Jim that his wife shouldn’t be digging that hole in the basement. 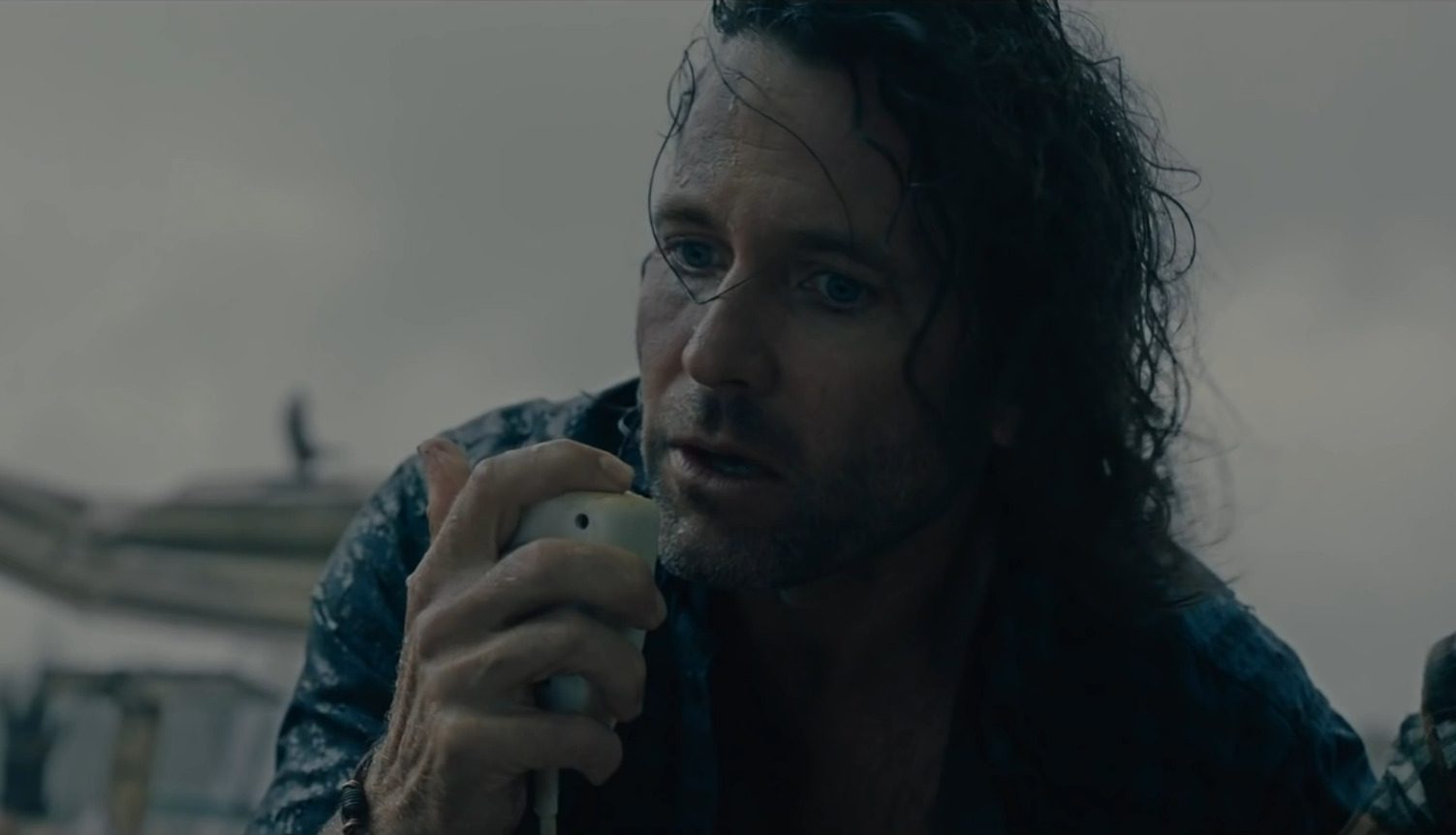 From Ending Explained – Who Is The Voice On The Radio

The leading theory out there is that this voice belongs to the bartender Tom, who coincidentally enough knows about the hole in the ground, and a few scenes earlier had a one-on-one scene with Jim’s wife where he saw her taking out a pickaxe to dig. He also thinks the antenna is a dumb idea. If it isn’t Tom, let’s just say the evidence it being someone else is pretty thin, like if it’s one of the monsters, one of the voices, or someone from an alternate universe, we simply don’t have enough information.

What Is The Light House?

Now let’s talk about this lighthouse. It’s just something so completely random. However, if you recall Tabitha’s dream from episode 9, we think we’ve already been here. She travels up a stone spiral staircase. We can also hear this sort of foghorn noise, the same one Boyd and Sarah hear near the lighthouse. When we see Jim hung upside down, you can see a moving light in the window, suggesting it’s the light from the lighthouse. 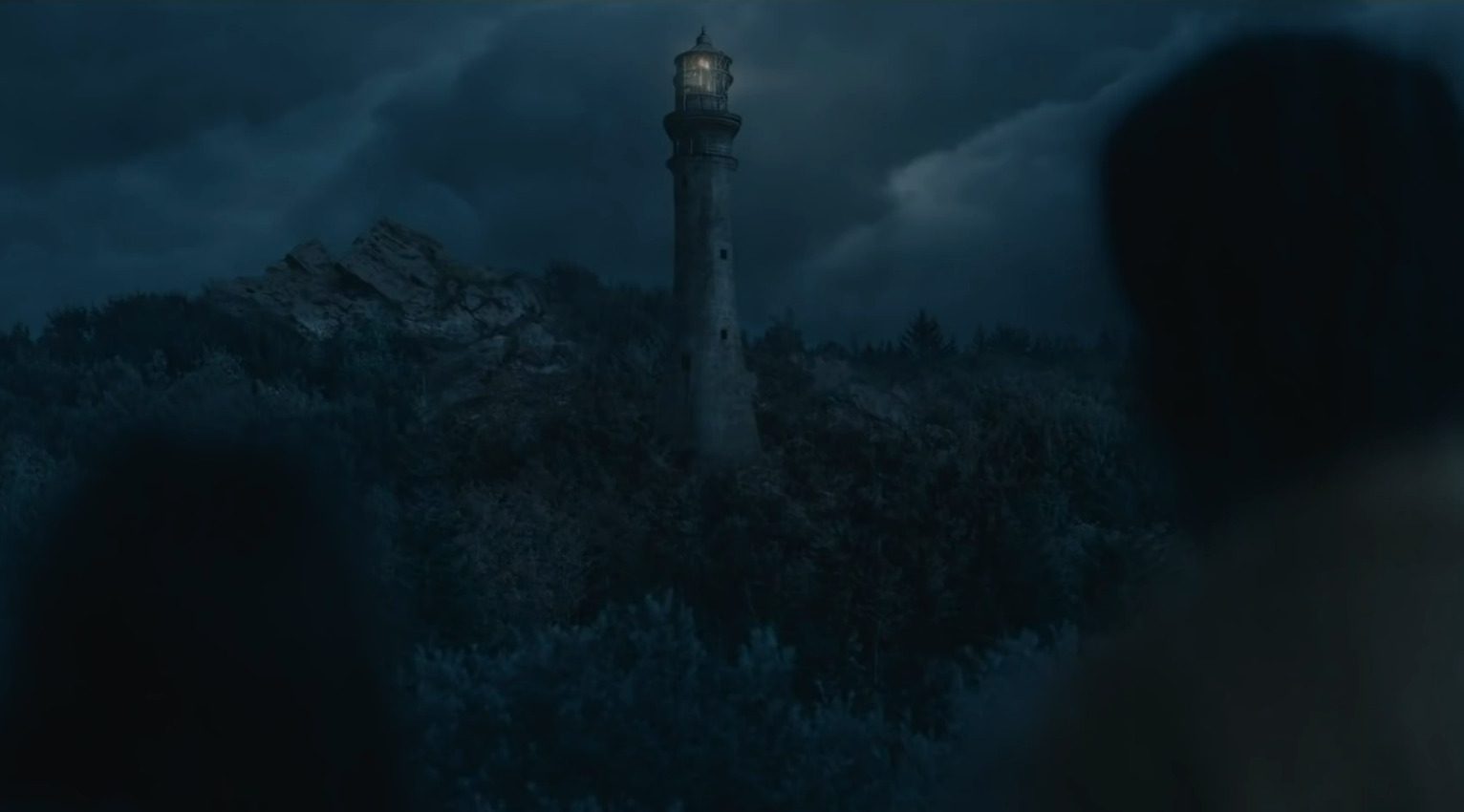 Traditionally lighthouses have been meant to serve one of two functions; to warn mariners of dangerous shallows and perilous rocky coasts or to help guide vessels safely into and out of harbors. We don’t know which of these this lighthouse represents, maybe it’s not meant for ships at all but is more metaphorical and meant for our townspeople. Maybe it’s a marker that helps people move from one pocket universe to another, or from one area of wherever the heck they are to another.

Who Is On The Bus?

The final cliffhanger of the season, which we hate to say this, we thought was terribly weak, was the arrival of a grand rapids bus into town. There’s no telling how many people are on this bus, but it’s probably a safe bet that Christy’s fiancee is aboard. She did say the woman she loved was in Michigan, and much of episode 10 was Christy apprehensive about pursuing a relationship with Kenny because she’s still holding on to that love with her fiance. 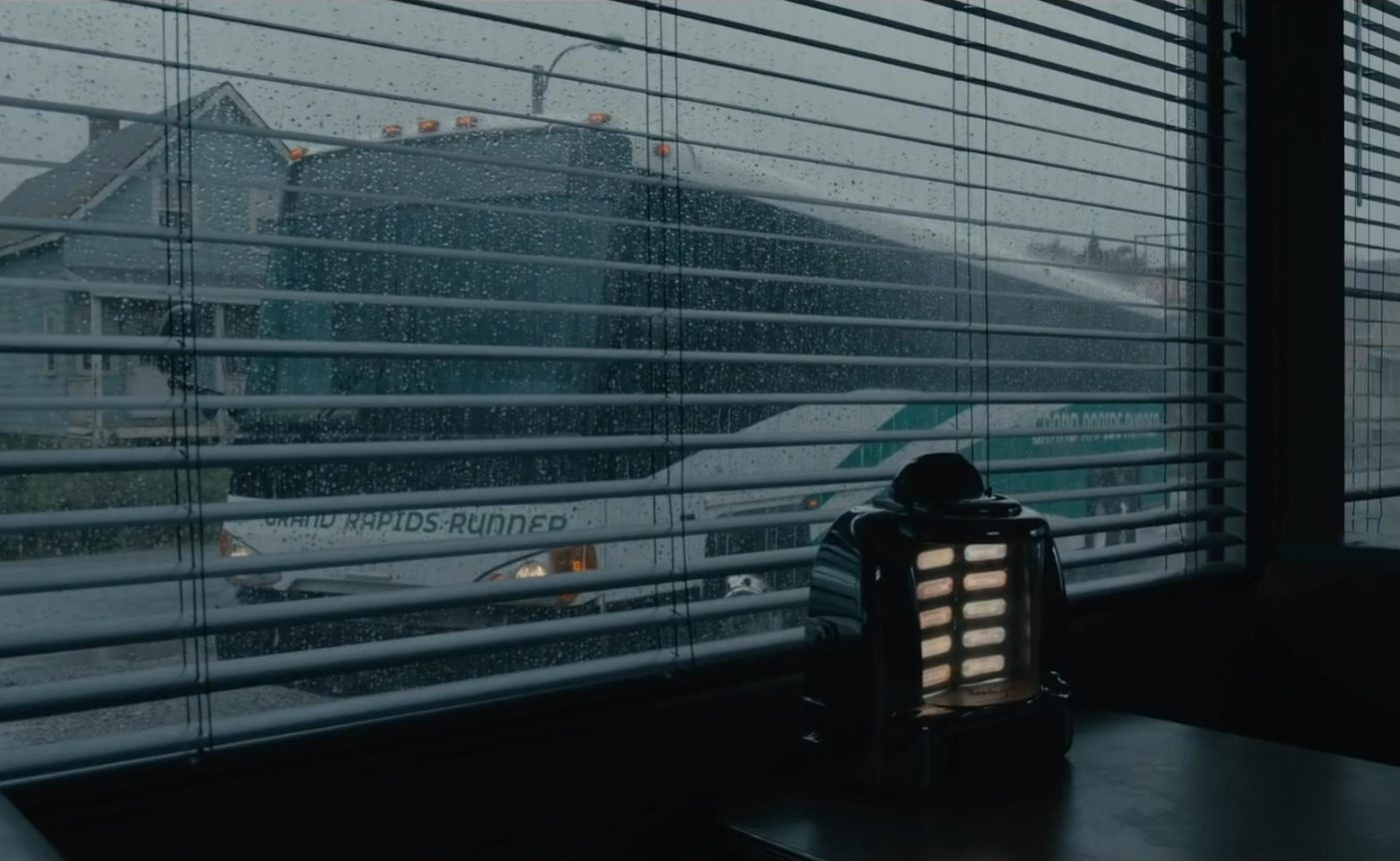 From Ending Explained – Bus at the ending

If this show gets renewed for season 2, we really hope that they start answering some of these questions and that this won’t turn into another ‘Lost’. We know we couldn’t cover every mystery in this article, but we hope we were able to shed some light on this insanely cryptic show.