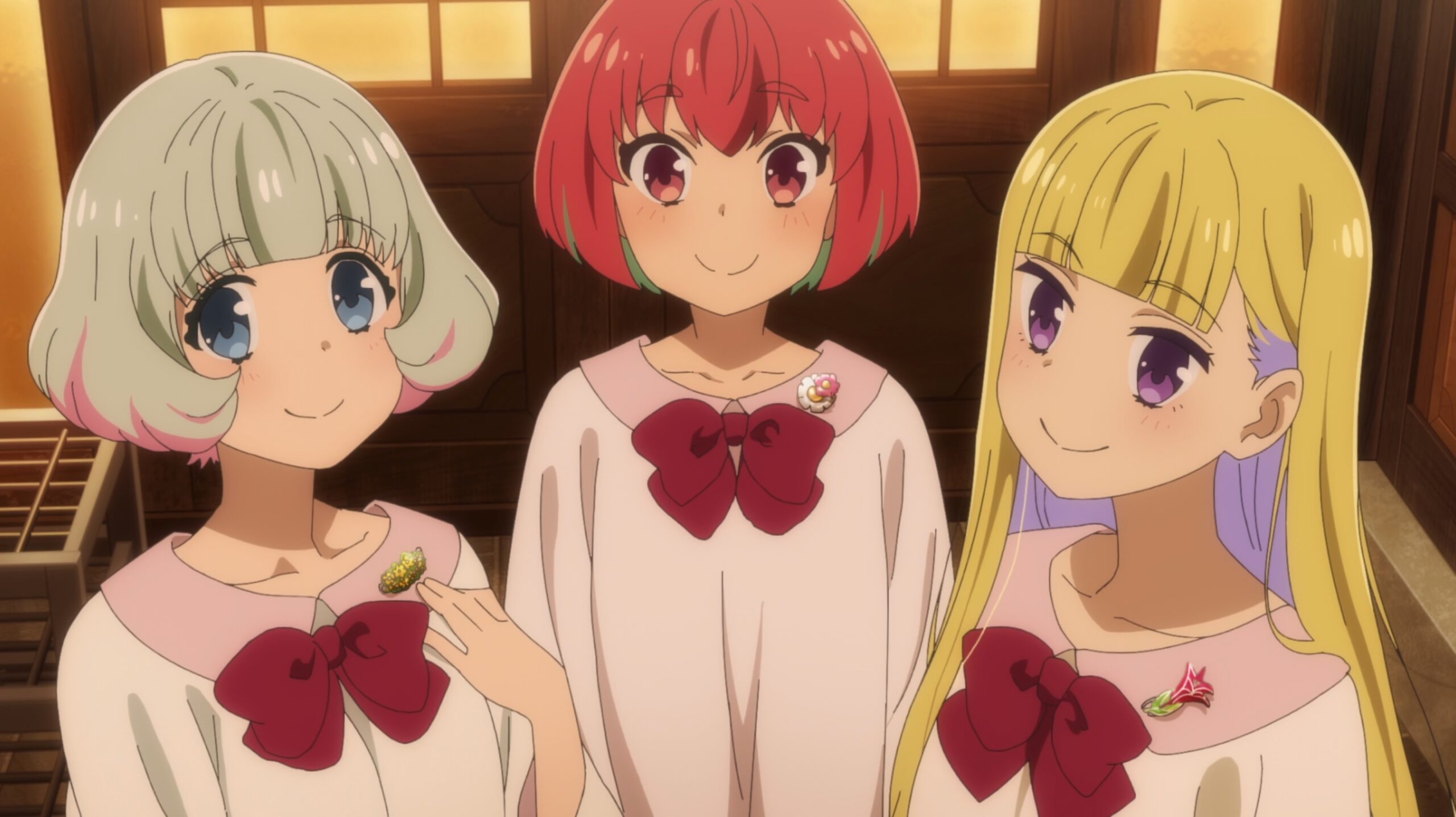 Let’s talk about Healer Girl season 2 and when to expect it. Healer Girl season 1 finished airing recently and it is fair to say that the fans enjoyed the first season to its fullest. The focus of each and every Healer girl fan has now shifted to the second season of the show. Although no official confirmation or any sort of announcement has been made so far, the second season of Healer girl will happen (most probably). It has now become a trend for the fans to look up the upcoming season or episodes as soon as they finish the previous one. Well, don’t worry, we have got everything covered here at Otakukart. So now, to answer your questions, will there be a second season of healer girl? When will healer girl season 2 be released? Let us talk about all this.

Healer Girl premiered on April 4, 2022, and its final episode came out on June 20, 2022. The first season of Healer girl had twelve episodes. It is directed by Yasuhiro Irie, written by Noboru Kimura, music is given by Ryo Takahashi, and is produced by 3Hz Studios. The anime is an original piece and has sparked a manga adaptation that began on May 26, 2022.

The universe of Healer Girl is one in which “voice medicine” is practiced. Vocal medicine is the practice of using songs to treat patients’ illnesses and wounds. The show features several young students who attempt to master vocal medicine and train to become official healers who may assist others. On one occasion, Kana Fujii, a young woman, was flying when she abruptly suffered an asthma attack. Fortunately, a healer by the name of Karasuma was there. Kana was treated by Karasuma, who also saved her.

Kana makes the decision to become a healer and assist as many people as she can as a result of this point in her life. The fact that Kana is a naturally talented vocalist further supports her decision to become a healer. She is joined by Hibiki Morishima, a laid-back individual, and Reimi Itsushiro, a very endearing and goal-driven character. Under the direction and leadership of Ria Karasuma, Kana and her two new friends begin their training at the Karasuma Phoniatric Clinic.

The group encounters numerous other healers on their quest and learns about their experiences. They come to understand that the field of vocal medicine is more extensive, engaging, and enjoyable than they initially assumed.

At the start of the twelfth episode, we see Kana at an airport in the United States of America. Kana has gone to the United States for her internship. Kana meets Abby who is her guide in the US as she knows how to speak Japanese. Reimi also goes for her internship while Hibiki goes to a university for the same. Kana arrives at a hospital and sees a girl crying. She starts singing for her to make her feel good. Everyone around Kana sees and hears her and feels very good listening to her singing.

Reimi and Hibiki continue their internship meanwhile Kana is doing the same on the other side of the world. Hibiki and Reimi’s internship gets finished and they go to Karasuma to inform her. With no word from Kana, Hibiki and Reimi get worried and decide to fly to the US to meet Kana. The trio unites once again and after some time leaves for Japan. 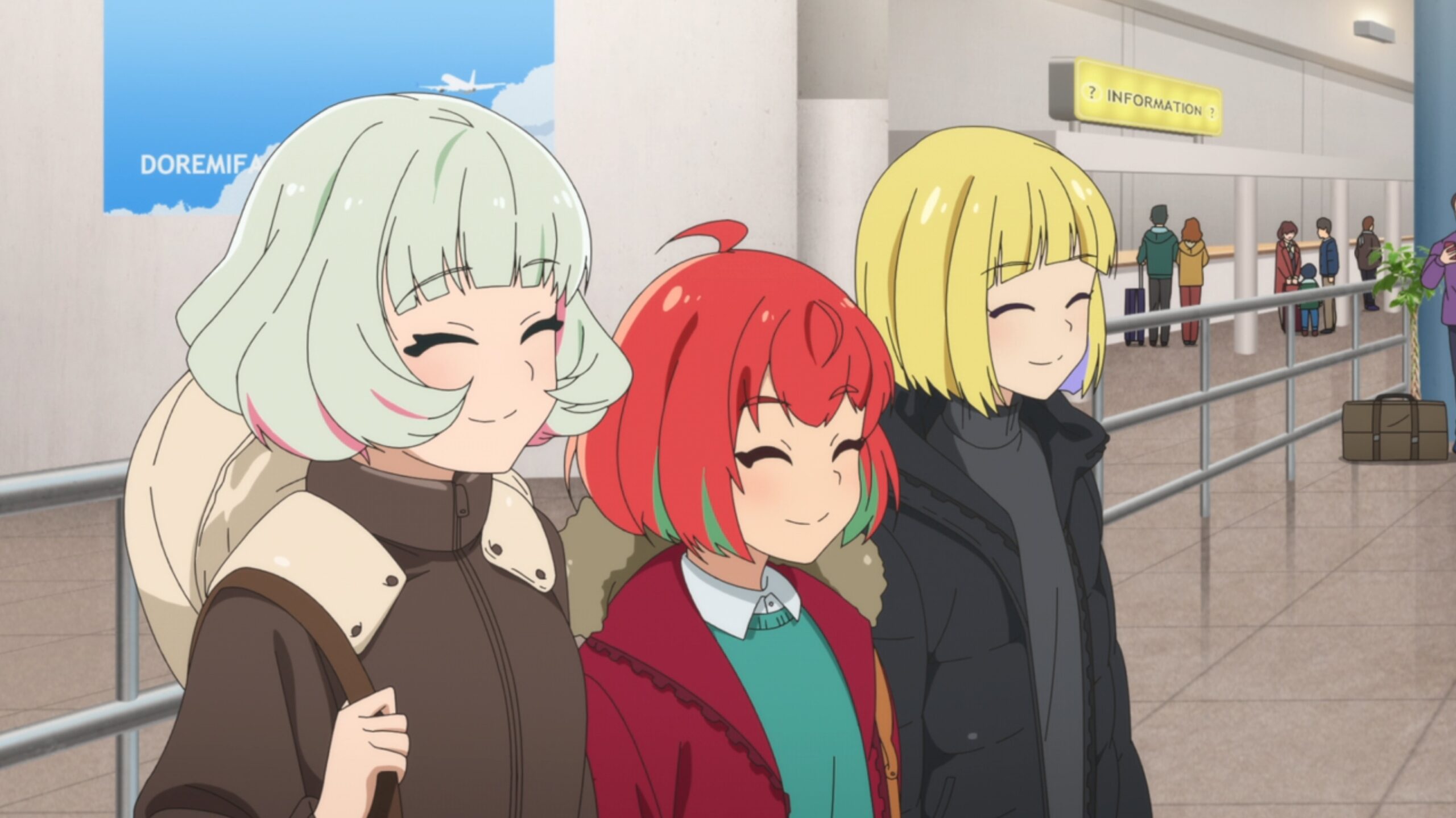 A still from Healer Girl episode 12

On the airplane, a young girl has an asthma attack just like the one Kana got a few times back. The group sings a melodious song to relieve the young girl of her pain and discomfort. The episode and the season end with a beautiful song by Hibiki. Kana, and Reimi.

Will There Be Healer Girl Season 2?

When Will Healer Girl Season 2 Release?

As I said before no official confirmation has been announced so far. We will have to wait for an official statement from the studio or the director of the show. But still, the second season will not arrive until at least 1 year. So it might be available in the second half of 2023 or 2024. We will update you guys as soon as there is any news related to Healer girl season 2.