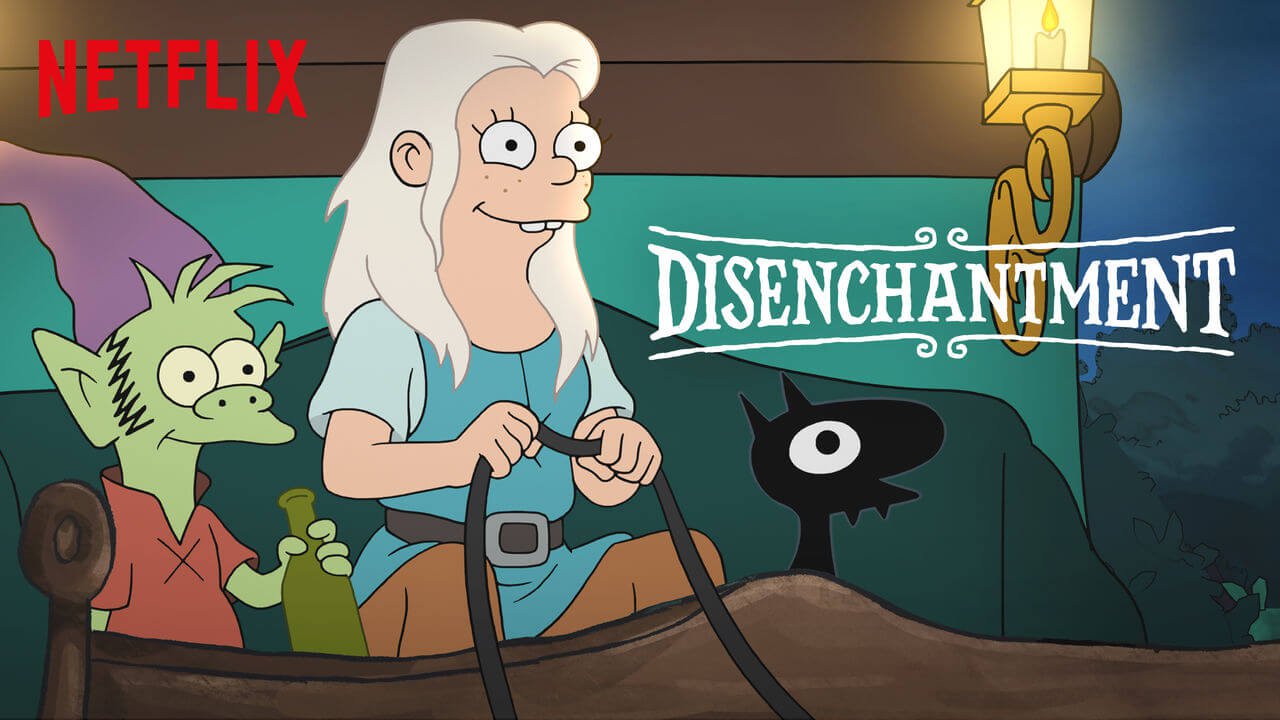 The series is an American animation fantasy sitcom. Disenchantment is only suitable for viewers above 16 years of age because of its wits and dark humor. Initially, Part 3 was supposed to release in 2020, but the production was delayed due to the COVID-19 pandemic. However, Netflix recently released the trailer for part 3 of Disenchantment. Here, we will discuss the release date, trailer, and spoilers of Disenchantment Part 3. 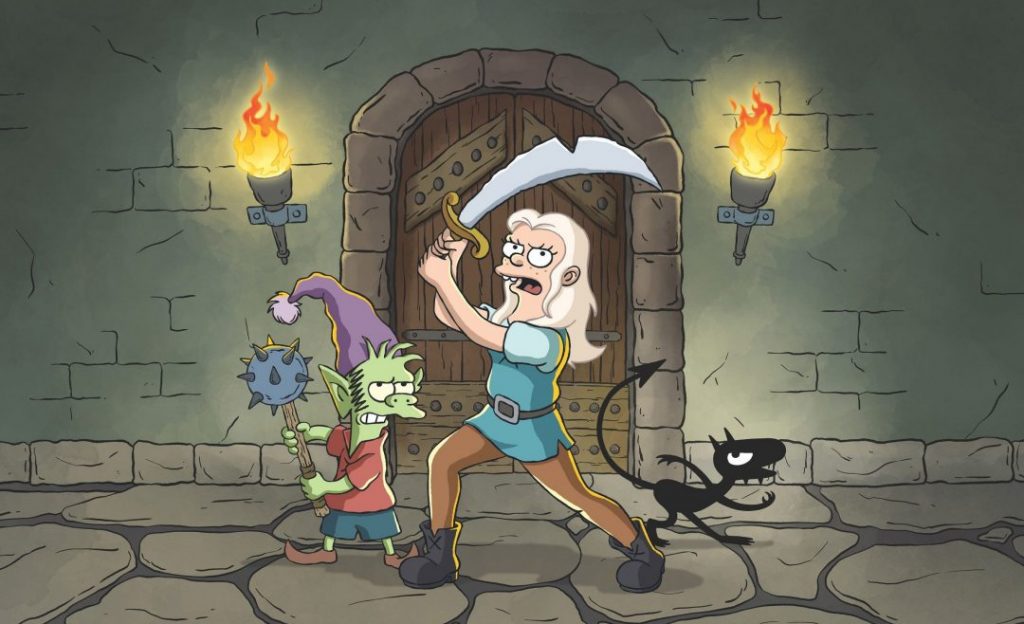 The story is about a young, rebellious, and alcoholic princess of the kingdom of Dreamland. Her name is Tiabeanie, but she calls herself Bean. Bean’s father, stepmother, and stepbrother rule the kingdom, and her real mother died when she was very little.  She resents the fact that she has to marry Prince Gusybert of Bentwood. Her father forces her to get married so he can gain more power and influence in other kingdoms. As she prepares for her wedding, she opens a gift box and inside it, was a little demon named Luci. Luci is a demon from mars, and an enchantress and an Emperor of another kingdom summoned him to help Lucy turn evil and fulfill her destiny.

On her wedding day, she rejects the bridegroom and throws the ring in his hand. The ring keeps rolling, and as Prince Gusybert tries to catch it, he impales himself on a sword. The fun fact is that the sword was fixed on a throne full of swords purposefully resembling the Iron Throne from Game of Thrones. Anyway, the Prince’s death leads to chaos, and in the middle of all that, an Elf named Elfo crashes the wedding. A series of chaotic events led Bean, Luci, and Elfo to set out on a journey where Bean can live a life of freedom as she wants. The story proceeds as Bean continues her dangerous yet exciting journey and meets new creatures. 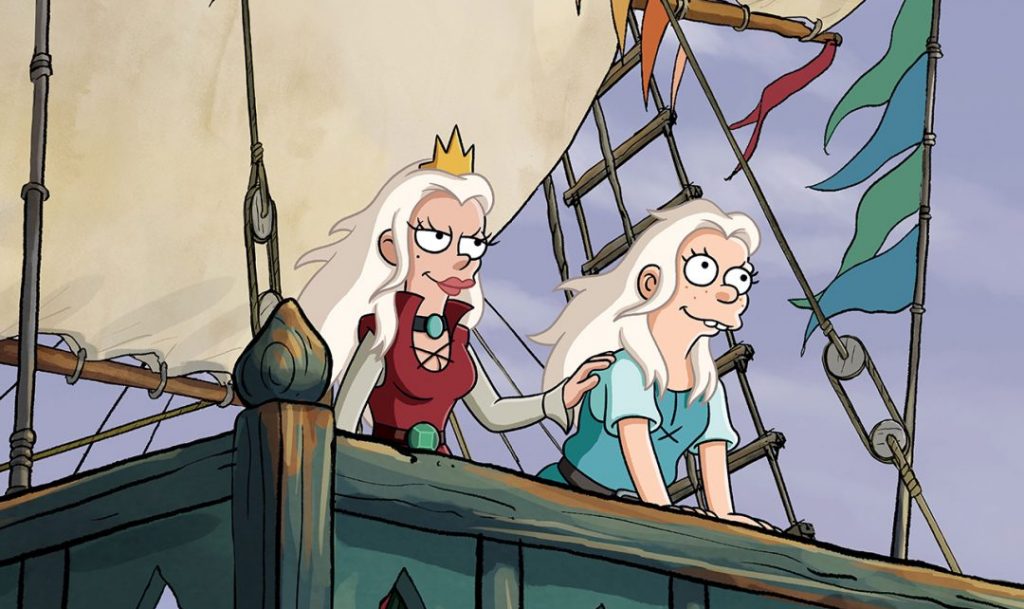 Part 2 received much better reviews as compared to the first part. As the third part of Disenchantment is more than two weeks away, you might want to jog your memory about what happened in the previous part. Here are some things you should remember before watching part 3.

The third part of Disenchantment will premiere on 15th January in 2021. Netflix revealed the release date along with the trailer recently. Part 3 will also have ten episodes.

The story will pick up exactly where part 2 ended. The suspense of Bean’s destiny has been continuing since the first part. In the upcoming episodes, we will most likely find out everything about it. Her destiny involves being part of a dark battle that started hundreds of centuries and is still going on.

As the worlds of science and magic will probably collide, Bean will end up as the ruler of Dreamland. She will also get rid of all the corrupts that want her dead.

You can stream the previous parts of Disenchantment on the official website of Netflix.