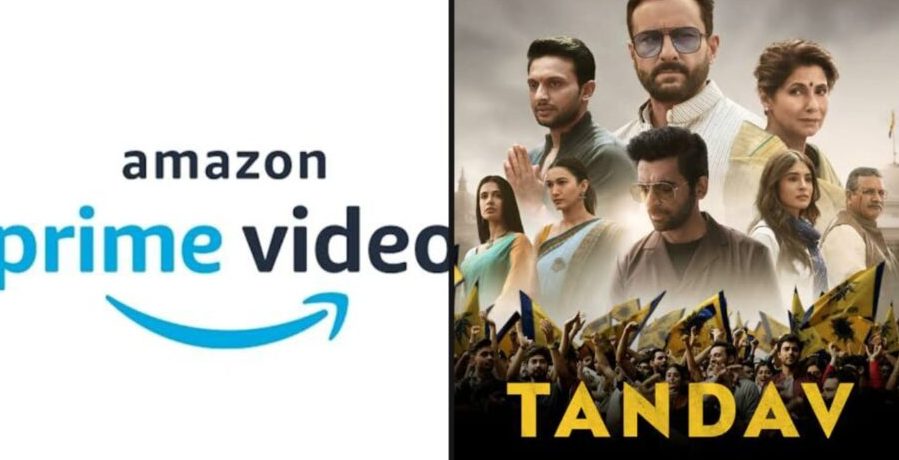 Amazon Prime Video streaming OTT conferred an apology to all the Indian spectators for some scenes in the political drama series Tandav. In the Series, they are offended by Hindu beliefs. Tandav web series staring the Bollywood actors which are released on Amazon Prime OTT has faced many issues, police complaints, and many court cases as it was a contradiction to the Hindu beliefs.

Amazon Prime Video apologized and stated that it deeply regrets viewers considered certain scenes to the objectionable. The Tandav issue was escalated recently by the Police in northern state Uttar Pradesh and questioned one of Amazon’s Top executive Officer, and filed a case against it. They stated they would continue the investigation regarding the issue.

Tandav series starring Bollywood stars and is directed and produced by Ali Abbas Zafar, in his digital Debut. The series involves all the major and hidden sides of Indian Politics. Whereas people will do anything and will go to any extent to grab the power. Where they feel if they power everything in the world and they wish can happen, or they can make it happen.

The Party Leader Samar Pratap Singh thinks that he is ready to take over the chair of PM. But Samar’s father and the PM Devki Nandan Singh were not interested in retiring and giving the Chair to anyone. There are many other leaders who are in the party for a long time and are eligible to take the chair of CM. But Chair and Power are never easy. They never come so easily, Lots of struggle and efforts are needed. They will be striving for it constantly.

Meanwhile, An idealistic Campus activist Shiva Sekhar who brights in one night and becomes a star and who badly wants the power and is eligible for the chair as well. He wanted a change in the state, make better opportunities for youth,  giving equals rights to everyone, and no power distribution.

Tandav Series is all about the mystery that happens in Politics by the politicians and getting their loopholes out.

AMAZON Apologies to the Viewers

Amazon Prime Video, which has been telecasted the series Tandav, had issued an apology to anyone or any viewer or any spectator who felt this was an insult to the series. They have removed many of the scenes which were felt abusive and not much necessary as they may hurt the audience.

Amazon has given an official statement stating that it deeply regrets the issue that happened and the scenes which are considered objectionable in the recently released series Tandav. They stated that the team does not have intentions of hurting people, and scenes that were noticed were even removed. They respect their audience and gives their apologies unconditionally to anyone who felt bad. Their teams follow company content evaluation processes, which they state need to be constantly updated to better serve their audiences. They shall continue to develop entertaining content.

An FIR was even filed against Aparna Purohit, who is head of Amazon sellers.

Read: TV Show Review: Tandav and the Controversy Surrounding it.

Earlier before the series got released, The director Tandav stated that they were no such intentions for them, and it was made only for a watch, and so people will know about the Politics, but nothing needs to be taken to heart. None of them were targeted in the series, and have sincerely conveyed his apologies for the one who felt bad or opposing by it. The whole direction and production team were facing many issues regarding it, and they didn’t have any option as there is even a case filed out there. According to the recent update, along with the direction team, the Cast and Crew had also conveyed their apologies.

The Cast and Crew also didn’t have any intentions of such what viewers felt as into degrading someone or caste or religion or an individual, or community. The Cast and Crew of Tandav had also apologized as it was unintentionally done, and they made a statement and have released it in the press.

This News has been trending so far and has created many rivalries, and is the hot topic in the town as it is related to critics of the people.