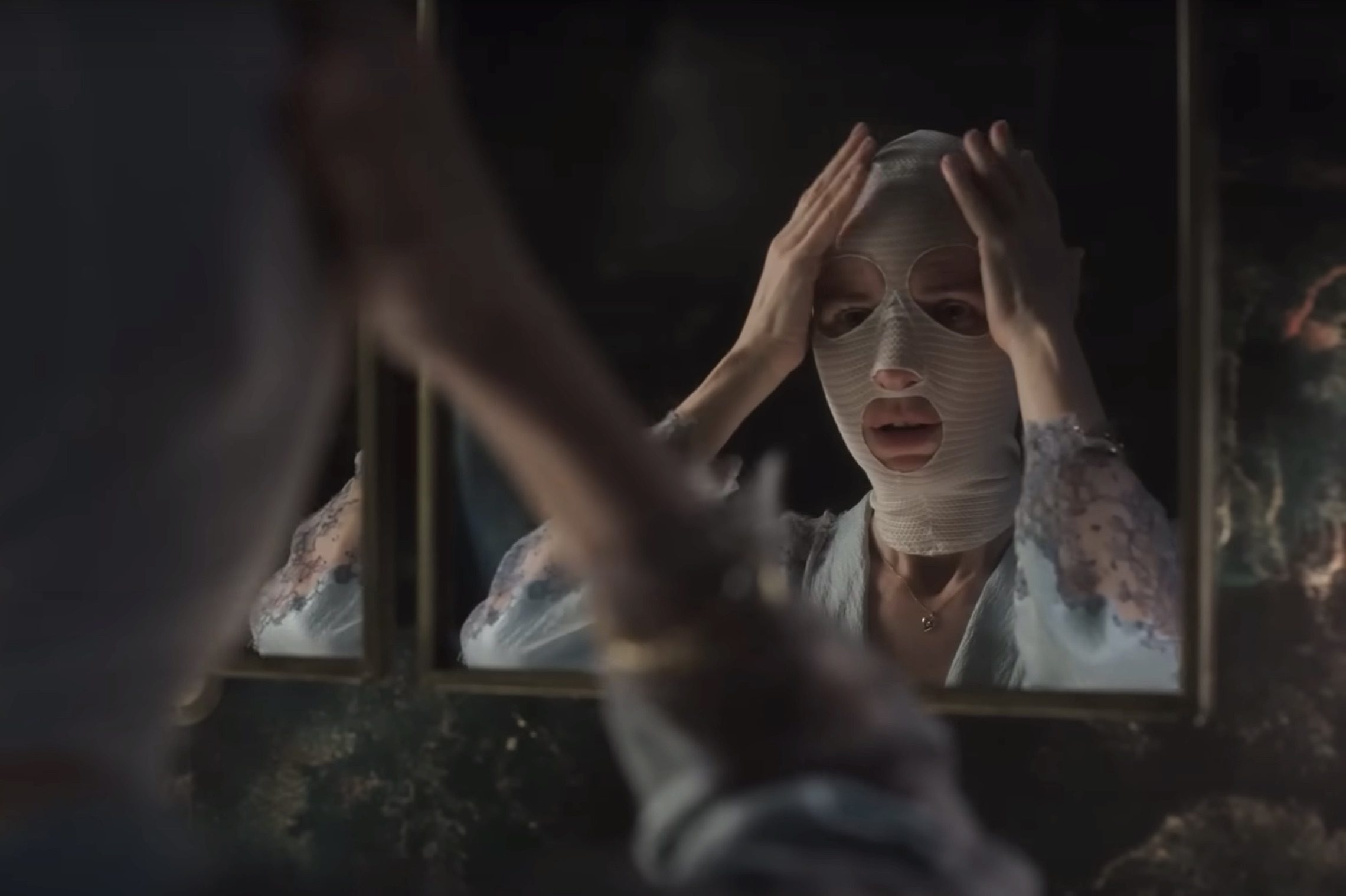 Goodnight Mommy ending needs an obvious explanation and we are here for the same. The movie has just released in 2022 on Amazon Prime Video and is a remake of the 2014 film of the same name. Mark Sobel has directed this project. It has the elements of horror as well as a thriller. The prime focus of the story is laid on twins named Elias and Lucas.

As the name of the film already suggests, we see the relationship of these two kids with their mother. The plot starts with the father of these kids taking them to a home in the countryside. By the looks of it, we can feel that the kids’ mother and their father do not have a stable relationship and might even are going through a divorce. Clarification is not provided to us though. As the kids run out of the car, we see Elias turn out and ask their father if he wants to join them inside the home.

Although the man denies it and says that he is not sure if their mother wants to see him right now. When the kids come inside the place, it is too disorderly. There is food rotting in one corner and we can see how their mother is chilling beside that. She also has a white mask on her. Coming to the narrative of these kids, it is obvious that they feel weird around their own mom. She is acting quite strange and does not know half the things related to her own children. This concerns Elias and Lucas a lot. I mean, she does not even remember the bedtime song that she used to sing to her kids once. A still of the mother, Lucas, and Elias from Goodnight Mommy

The biggest blow comes when Elias draws their mother a picture. Instead of appreciating the same and loving her son, even more, she literally rips the entire thing apart and throws it out into the dustbin. It feels to Lucas and Elias that their mother is actually not theirs. She does not allow the kids to go to the barn and play or even have cellphones for that matter. They can not contact their father.

The huge concern that Elias has and the root of all his doubts are that his mother has green eyes but since they have set foot in the barn, her eyes have turned blue. Lucas also starts having the same doubts. Also, Elias tells his brother that their mother, while inside her room, dressed provocatively in front of a mirror and was again wearing the same white mask. This other woman has the chance of hiding their original mother somewhere as they saw blood stains on the wall outside the barn.

As Elias claims that their mother is not real to her, she starts torturing him by taking him to the bathroom and putting him under ice-cold water. Soon, she stops and Elias goes back to Lucas. That night, the brothers decide to escape the house and reach the local house of their neighbors. The police find them and send them back to their mother who explains to everyone that she is an actress. We also see a policeman asking to have a selfie with her. The next day, the mother wakes up all tied to her bed as Lucas and Elias do the same. They start interrogating her.

Various pieces of evidence lead to the fact that their mother, in fact, is real and it is Lucas who is imaginary. The mother explains that while the kids were playing, Elias accidentally shot Lucas and it is his bloodstains on the wall. In order to cope with the trauma, Elias has created this fake image of Lucas in his head.

Also, while strangling her mother, he accidentally throws her off the second floor of the barn as she falls off on a layer of hay which lights up because of the torch in her hand. As Elias runs outside the house, we see her mother potentially dying as the whole place catches fire. Soon, when Elias turns around, he sees his mother and Lucas who say that they love him and it was never his fault meaning it was all inside of his head all along.