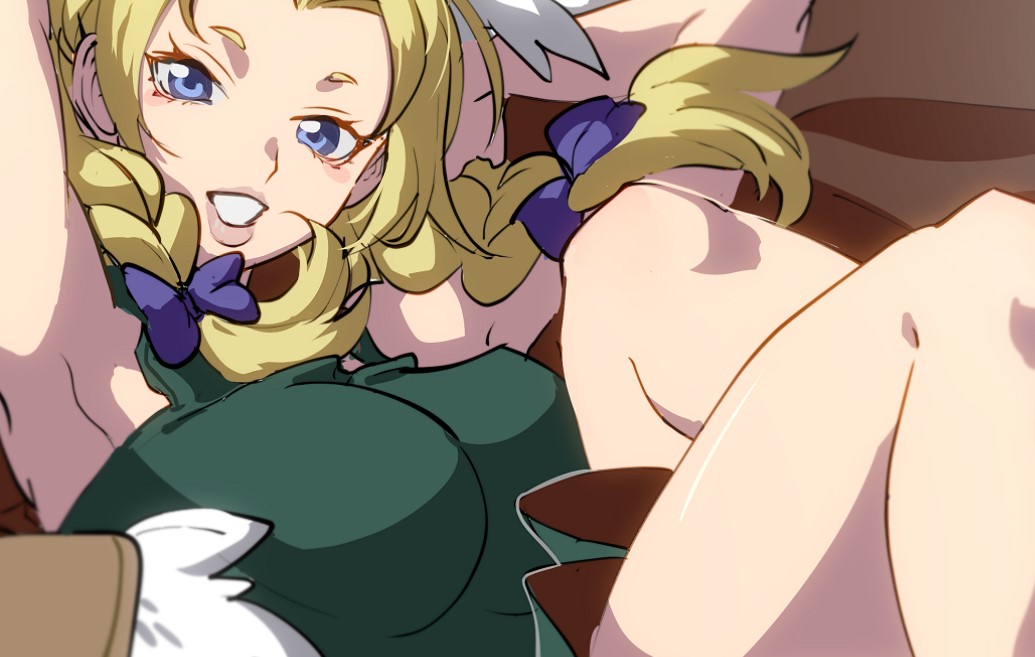 The brigade scientist advanced downward the Amazon river. They are determined that they will escape the enemies’ radar with their stealth ship’s futuristic science. Ukyo, Chrome, Kohaki started to coat the ship with piles of Medusa devices. Chrome said that Senku is right because good science about using what is available. Senku is glad that he is doing everything with his crew. Ukyo shoots the arrow up, trying to analyze the Medusa.

The crew is glad that they have a fighting chance against Stanley’s crew. Ryusui comments that he is sure that victory is in their hands and asks if he is wrong. Senku passes near Xeno, asking if he could help. He smiles, saying that Xeno will help by analyzing a weapon that is going to turn Stanley into a statue. Xeno comments that if he was using politics not to get involved with the research. That would give them an advantage, which is far more dangerous in his mind.

Dr. Stone Chapter 183 will be released on Sunday, 24 January 2020, officially on VIZ. We will keep you updated as soon as they are released. A new chapter of Dr. Stone will be released every Sunday unless the weekly schedule shifts to Friday release. This manga is not taking a break next week. Check how the crew is advancing in the Amazon Forest in the following link: Dr. Stone Chapter 182. Take a look at the recent development below. 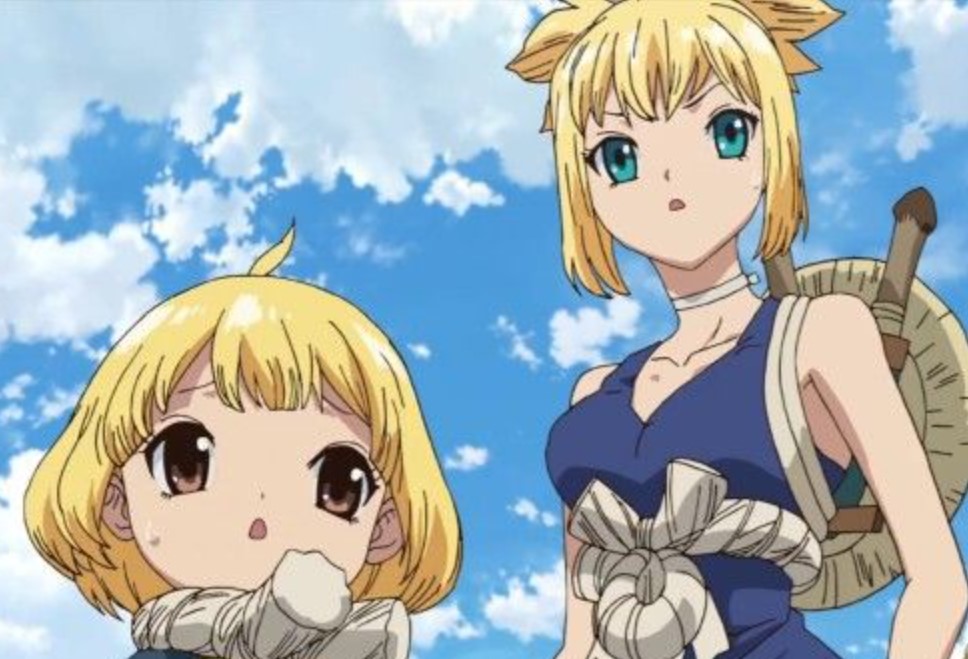 Senku and Xeno started to walk together, and Xeno reveals that he has no intentions to share his findings. Senku replies that he can do what he can, but sharing makes the work easier. Xeno talked about smashing the sample and Joel, who is the master technician. He ends up concluding that knowledge is power, and they manage to crack and open their samples. Senku and Xeno checked the Medusa, and they realize that inside each Medusa is a blackened diamond.

That is what Joel has reported to them earlier. The diamonds show different blackening patterns, and Chrome finds a non-black diamond. Senku and Xeno tried to figure out what that Diamond is. Senku comments that the Diamond might work as a battery. If it is what they are concluding, they can find the Medusa with a clean Diamond. Kohaku rushes to do what Senku has ordered, checking each Medusa one by one.

While they are busy searching, Kohaku drops one Medusa on the floor. Ukyo comments it is hardly good as new. Xeno analyzes the diamonds and reveals his finding, and Kohaku comments that all clean diamonds have cracks. Senku laughs at Xeno that no, he is sharing his results with everyone. Xeno replies that it is fine with him even though he notices. Rytusui also checked the diamonds and found the same results, just like others.

Kohaku and Suka notice that the used blackened diamonds are perfect and look the same. Senku commented that if they have a ten billion percent diamond, good as new with no cracks and scratch. They could cram it into a Medusa and power it right back up. Senku yells that now they are going to make a diamond. He reveals what they need to gather. They gathered alcohol, tungsten, electricity, filament and combining that will create newly cleaned diamonds. 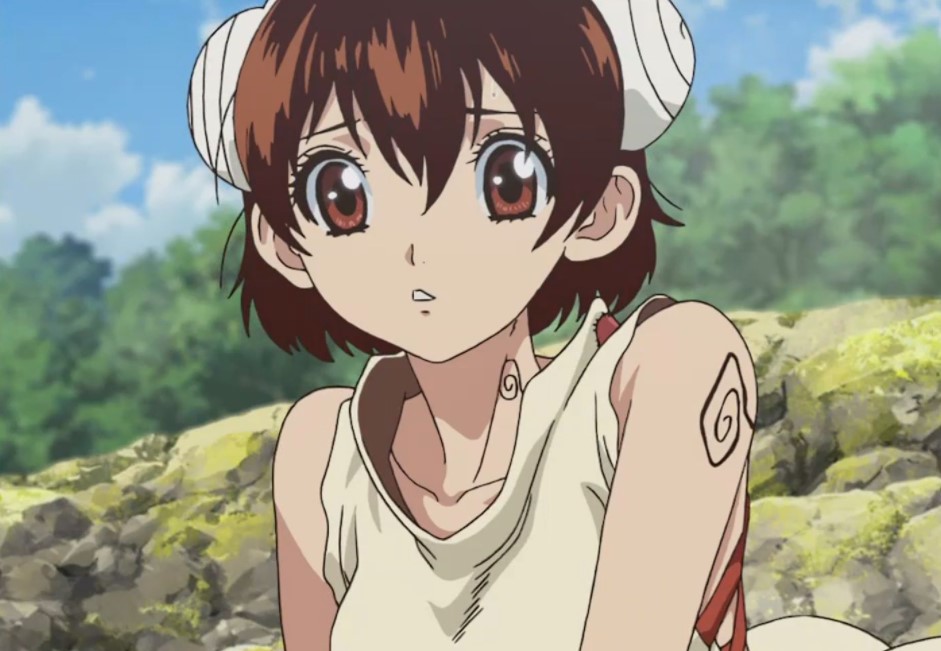 The technician will turn it into a Limitless Medusa. The crew thinks it won’t be easy for Senku to make a diamond, but somehow, he will pull it off. Senku comments that everyone can do it following the same steps and get the same results. That is what science is all about, and they started to collect methanol and other ingredients they need. They got Methanol id Dr. Xenoss’s Chamber.

They followed all instructions that Senku has drafted them, but they failed, and something exploded. Nikki asked what has exploded, and Kinro replies that he is not sure. But it might be some enemy mechanics, and Nikki thinks that Senku has a reason for them to make diamonds. Nikki comments that they can do it like Senku said that science is just for eggheads. Yuzuriha thinks the explosion that happened earlier was caused by the air that got inside.

Nikki said they could use the alcohol vapor to prevent the explosion from happening again. It will help them to shove the air out of the way before they apply heat. They try working on it, but they can’t get results, and Minami is wondering what’s going wrong. Later after realizing what will, Senku would have done if he is around. Joel came and offer a hand, and they acquire a diamond they needed.

Read Dr. Stone Manga officially available on VIZ Media and Shueisha’s Manga plus official platforms. Raw scans for new chapters are released 2-3 days before their respective chapters are published. We advise you to read the digital copies from their official websites and apps to support the Manga creators and publishers.