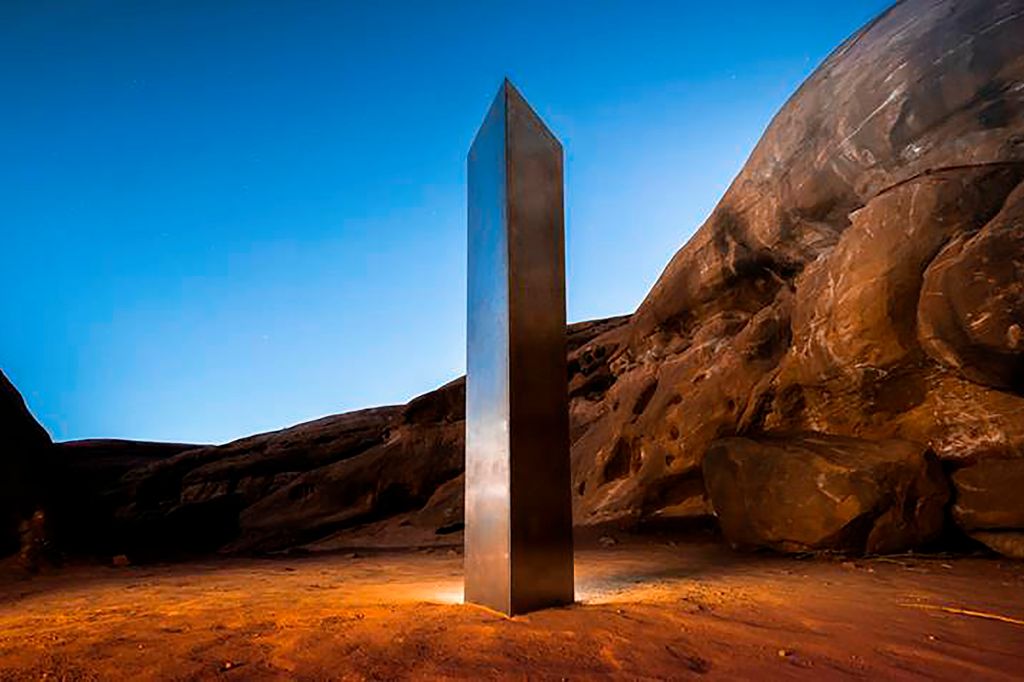 On November 18th, a weird and futuristic looking monolith was discovered in a barren slot canyon in Utah’s Red Rock Country. This structure has driven the internet into absolute chaos; let’s try to understand what this mystery actually is.

A team from Utah’s wildlife agency was doing a study on bighorn sheep by helicopter when they stumbled upon this mysterious object. A huge metal thing right in the middle of the desert caught their eye real quick, so they went to have a closer look.

Upon further inspection, they could see that this 3 sided metal monolith was over 10 feet tall; they also added it might continue underground too. Countless videos and images were taken by the team, and it went viral in a matter of seconds.

Aaron Bot, who is a spokesperson for Utah’s Division of Wildlife Resources, said that the place this structure was found was very rugged and rocky, making an entry for vehicles and even on foot very hard. This statement made people go even crazier and added fuel to more conspiracy theories; how did this giant thing just pop out of nowhere? Aliens. Well, it’s not aliens, but still, it’s the first thing everyone’s thought went to.

When the pictures and videos started going viral, a lot of theories started popping up like making references to 2001 Space Odyssey, saying this was a leftover from a movie set, some said this was scrap metal, some said it was a prank, some said it was some kind of a publicity stunt, but the two most famous and accepted theories were art and aliens.

The alien’s theory was being more and more popular each day; we can’t blame everyone for believing it was aliens. With everything that’s been going on with 2020, we have reached a point where if aliens showed up at our doorstep, we’d just invite them in for a cup of coffee. 2020 showed us anything could happen.

This mystery reached its peak when the monolith from Utah disappeared! The whole thing had vanished into thin air; everyone went into a frenzy. No one had any clue how the monolith got there in the first place, the location being so rugged and rocky, but now the whole thing disappeared in a night’s time. There’s only one theory, a U.F.O came in and beamed it out, right?

On November 26th, a similar one appeared on Batca Doamnei Hill in Romania, and the same thing happened again; it disappeared after a few days. Another copycat appeared on December 3rd, on top of Pine Mountain in Atascadero, California.

This is the one in Romania: 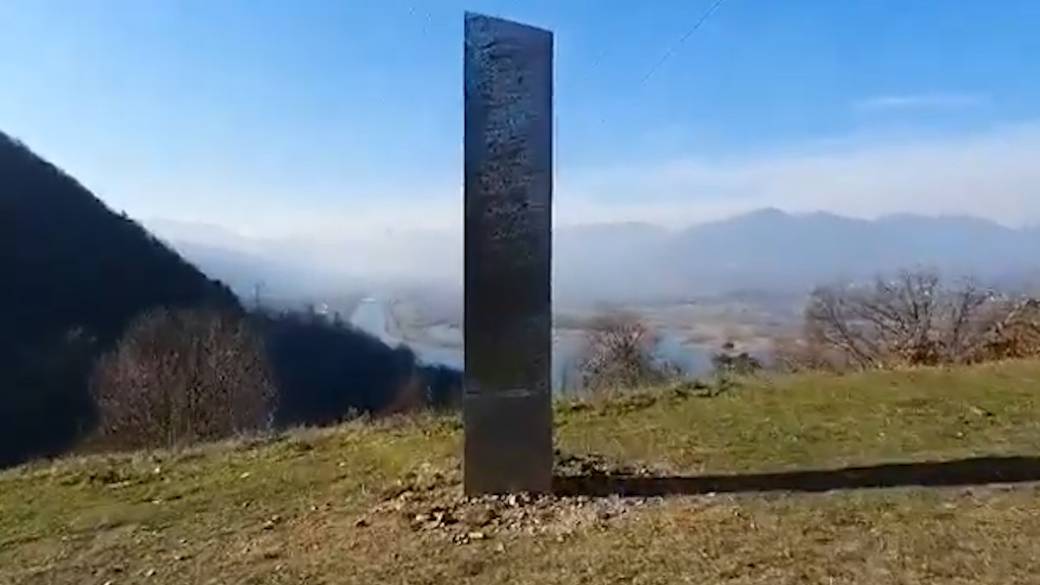 The one from California: 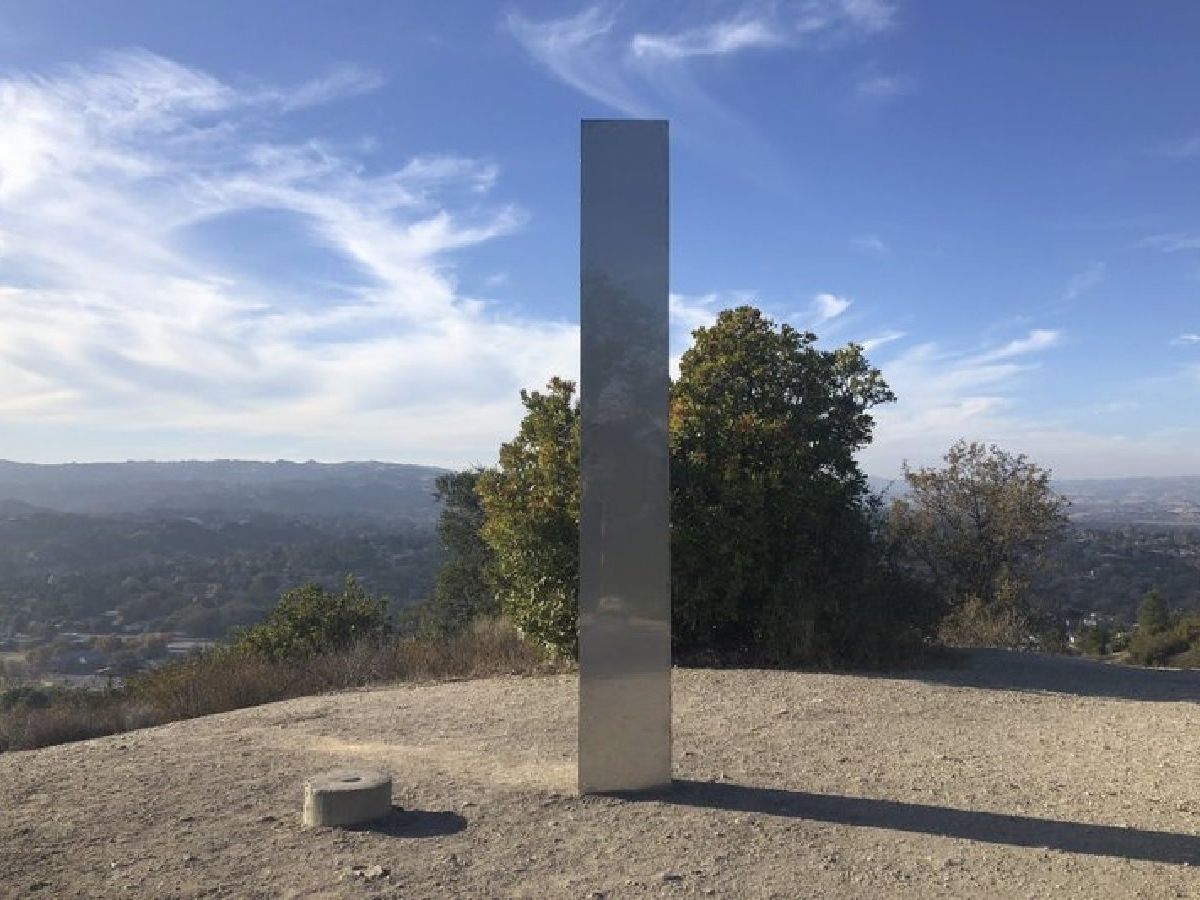 But the alien theory was laid to rest when adventure photographer Ross Bernards came out with his story. He had visited the monolith in Utah when it was being removed; he saw 4 men approaching the structure, knock it over and take it with them.

The disappearance of the structure also gained attention, with big names like Ripleys from “Believe it or not,” coming out with a 10000 dollar grand prize for whoever takes the credit for the whole thing. That is when on Dec 3, two people who were part of the removal team came into the limelight sharing videos of them removing the monolith, the two people were tour guide Sylvan Christensen and Youtube personality Andy Lewis. They said they didn’t want to remove the monolith, but they had to. Christensen stated the reason for removal as

“We removed the Utah Monolith because there are clear precedents for how we share and standardize the use of our public lands, natural wildlife, native plants, freshwater sources, and human impacts upon them.”

He also said, “Let’s be clear, The dismantling of the Utah Monolith is tragic, and if you think we’re proud, we’re not. We’re disappointed. Furthermore, we were too late; This land wasn’t physically prepared for the population shift “.

Through this came an end to the long-standing mystery of the monolith. But a question of “why” remains. What was the objective behind this mission, what did they seek to achieve, was it just a harmless prank, a way of gaining internet attention, or does it have a deeper meaning to it?

From what people have deducted, they think all of this was a part of what they call “Net Art.” Net art seeks to capture a type of audience who isn’t aware that what they are seeing is art. The mystery of the object and the confusion caused by it is what brings popularity to it. This weird looking thing doesn’t give us any kind of answer; it just adds more fuel to the conspiracy theories and more questions; that is what makes it popular. Out of all the theories, the monolith being a type of Net Art seems to be the one that makes the most sense.

Nothing is still for sure; the people who have taken credit for the whole thing still haven’t given us any information on why this was created. Maybe it was a prank; maybe it was a piece left by a film set, maybe it was net art which is trying to bring attention to beautiful Utah, maybe it was a publicity stunt.

Or maybe on New Year, all of these monoliths would shoot a beacon up into the night sky, bringing thousands of alien mother ships onto our planet; who knows what 2021 has in store for us.