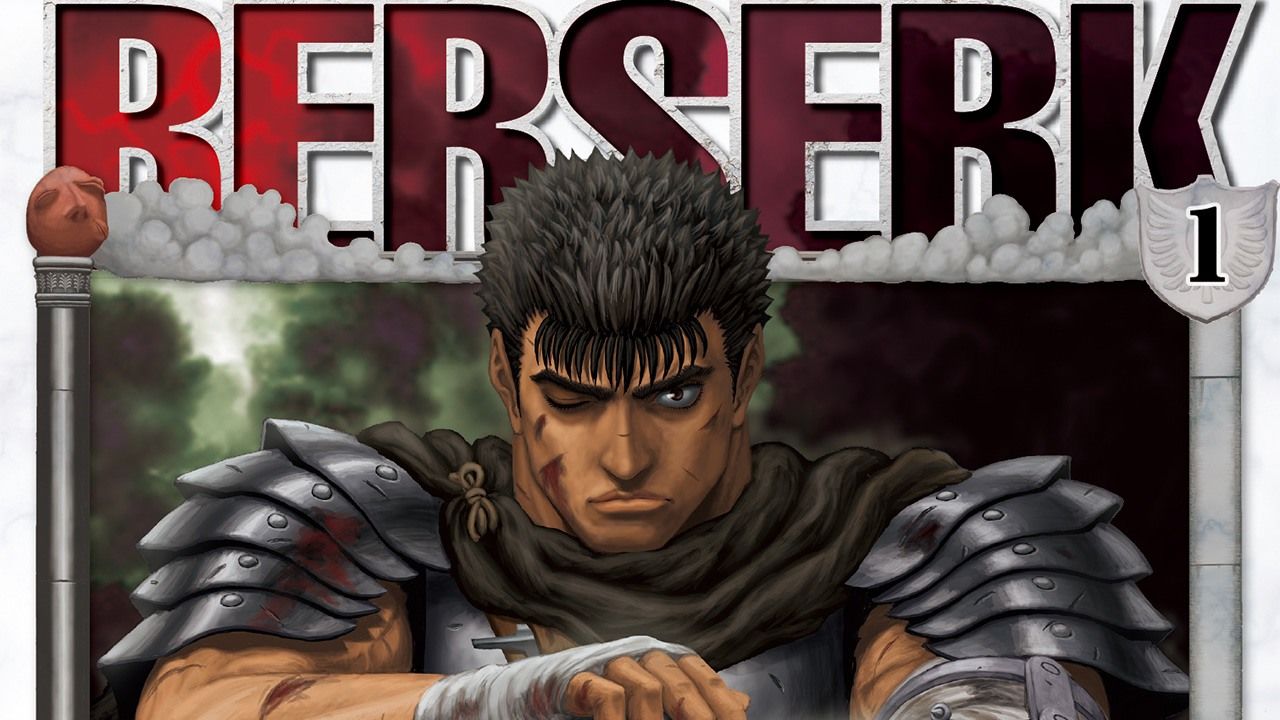 Berserk is a manga that also has anime episodes. This is an interesting action adventure manga about the war that has been going on for thousands of years. We will discuss this manga, especially the Band of the Hawk and its powerful members. This is the story of mysterious warriors who later became known as Guts. “Guts” is a formidable lone warrior raised as a mercenary by father Gambino. Gambino used to abuse Guts and train him in childhood using an adult-sized broadsword. But this made Guts stronger, and he managed to wield large two-handed swords.

After a few years, Gambino met Guts and forced Guts to fight back, which resulted in dea of Gambino. Guts were defending himself, and he later left the mercenary group and became a wandering sellsword. His reputation reaches Griffith’s ears, and he realizes he must meet with Guts. Griffith is the mercenary group leader: Of the Band of the Hawk. He met with Guts and forced him to join The Band of the Hawk after Guts defeated Griffith in a duel. Guts became the best fighter, and the kingdom of Midland hired the band during the war against the Chuder Empire. But Guts learns the truth about Griffins and his desire to rule the kingdom.

Nosferatu Zodd is a monstrous immortal who spared Griffith and Guts and warned Guts of the bad part of being Griffith’s friend. Griffith made his way to the nobility and reached the king’s daughter Charlotte. But Guts fell in love with his fellow commander Casca. Casca is the only female member of the band. He decided to level the group after winning the war. The Demon Child Boy Moonlight also shared his body with Griffith when they battle with Guts.

The Band of the Hawk – Members and their Powers

The Band of the Hawk is also known as The Band of the Falcon. The “White Hawk” Griffith created this mercenary group. The Band of the Falcon begins and continues to gather bandits under the leadership of military genius Griffith, who ends up betraying them. The coal miner Pippin is a former member of this band. Griffith gathers people like Corkus, the former thieves gang leader, and a girl named Casca. The band fights hard to protect their fortress, but they see Bazuso getting defeated by a formidable young swordsman named Guts. 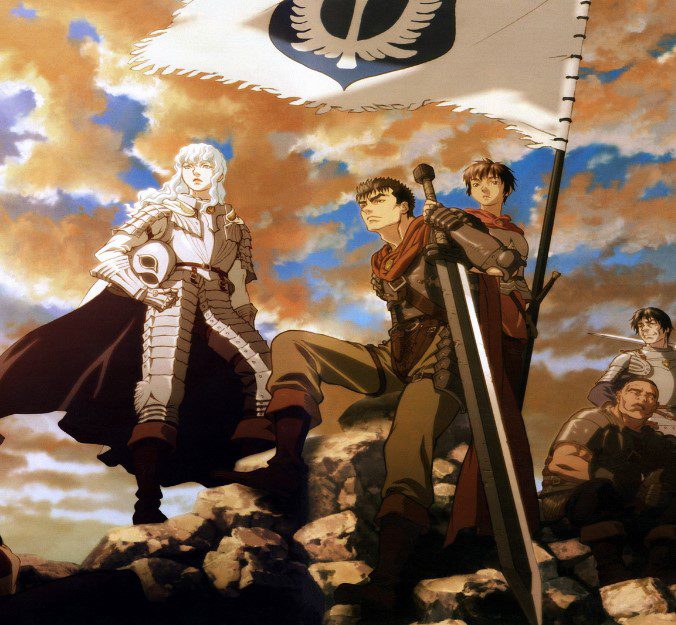 The Band of the Hawk Members

Griffith was impressed and challenged Guts to join his band. After the battle, Guts was promoted, and the Band of Hawk became the most powerful band in history. The battle that they have been through made them famous, and the band was also called “Grim Reapers of the Battlefield.” King of Midland noticed them and hired them to fight for his kingdom. They defeated many formidable enemies and later Griffith, who activates his Crimson Behelit to summon God’s Hand while instigating the Eclipse. Where only Guts and Casca survived, Rickert learned the truth and met with would later a reincarnated Griffith.

He is the leader of the band and one of the smartest men. Griffith conquered in the Hundred Year War and restored peace to the kingdom of Midland. He was Guts’ closest friend until they parted ways. Later Griffith was reincarnated as Femto, the fifth, newest member of the God Hand, who became the arch-nemesis of Guts. He is a powerful swordsman who can use Telekinesis, Spatial Manipulation, Causality Manipulation, Perception, Teleportation, Reality Warping, and Gravity Manipulation during battle. Only Guts was able to match Griffith’s strength and abilities. 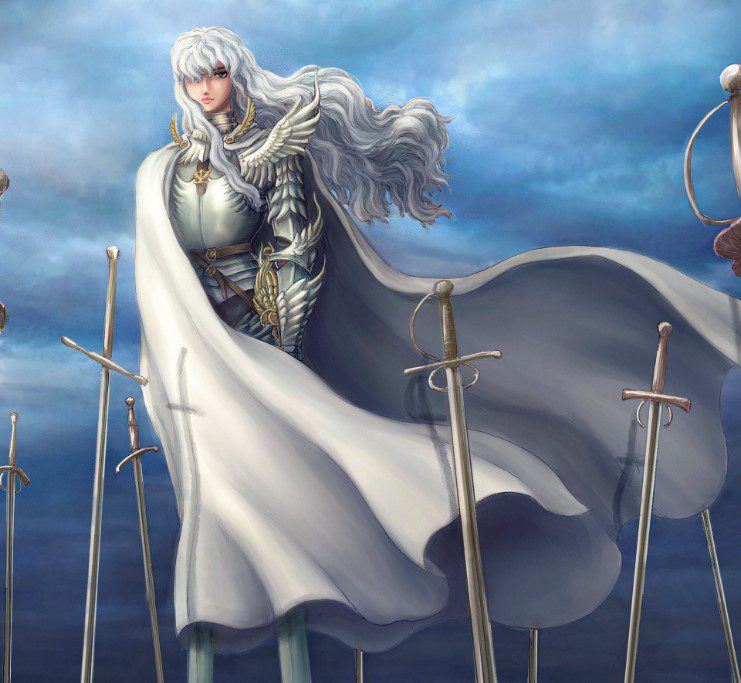 Guts earned the title The Black Swordsman due to his sword techniques. He is the former band member who left after serving his purpose, but during the battle, he returned to save Casca. Guts used his physical strength during battle, and his power made him conquer his enemies. He holds two swords and can use any sword technique. Guts is an ordinary human with no magical power who uses his physical strength during the war. He wears Berserker Armor and wields his giant sword, and he is the only man who needs nothing instead of his weapon and armor during battle. He is the first man to toe with God’s Hand. 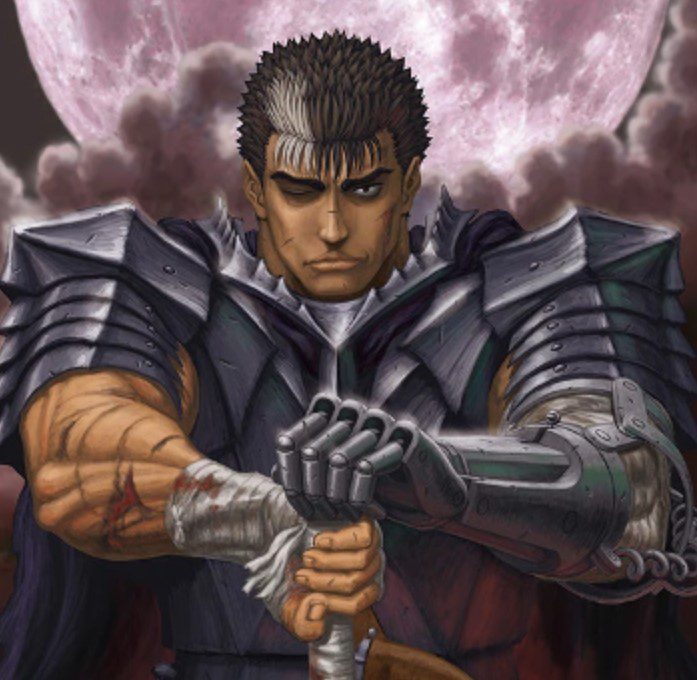 Casca is the only female member who stole Guts’ heart. Griffith was impressed by her skills and recruited her as the girl from a village. She became a mercenary who is an expert in swordsmanship. Casaca is also capable of being a leader, and she is one of the loyal members of the band. She has sharp reflexes and can wield a sword even though she is female. Casca has no inhuman powers and uses her physical strength during battles. She sides with Guts after learning the truth about her leader. 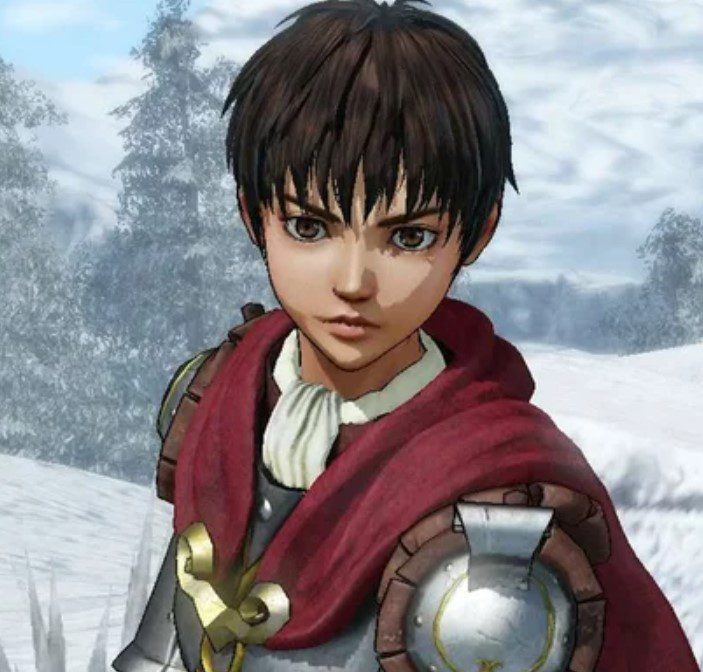 Judeau is also a powerful member of the band, but he sacrificed his life when he was betrayed by Griffith and saved Casaca’s life. He was also the villain’s pawn, but he changed when he learned the truth. Judeau has human powers and only uses his strength and skill during battle. He possesses powers such as Projectile mastery, Astute analytic skills, Deductive reasoning, Swordsmanship, Horse riding,  and Agility. This made Judeau one of the best swordsmen. He was also an important member of the band due to his kills. 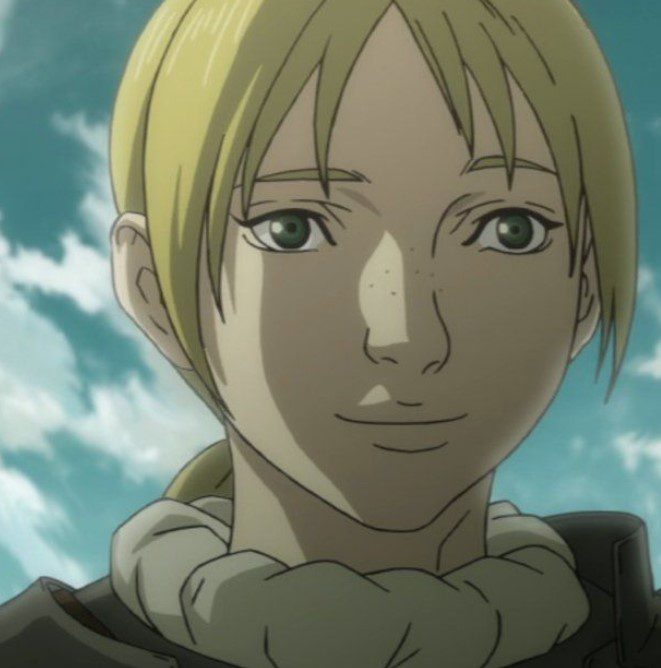 Pippin was a Band of the Hawk member who used Warhammer as his favorite weapon. He used to be a miner before joining the Band of the Hawk. During the Golden Age, Arc Pippin was one of the members who kept quiet when Corkus said Guts was not worthy of joining the band. He possesses powers and skills such as Mastery at bludgeoning weapons, Brute strength, endurance, resilience, Horse riding, Mining Expertise, loyalty, and dedication. Pippin is a gigantic muscle man who uses Warhammer during battle, and his physical strength made him win battles. 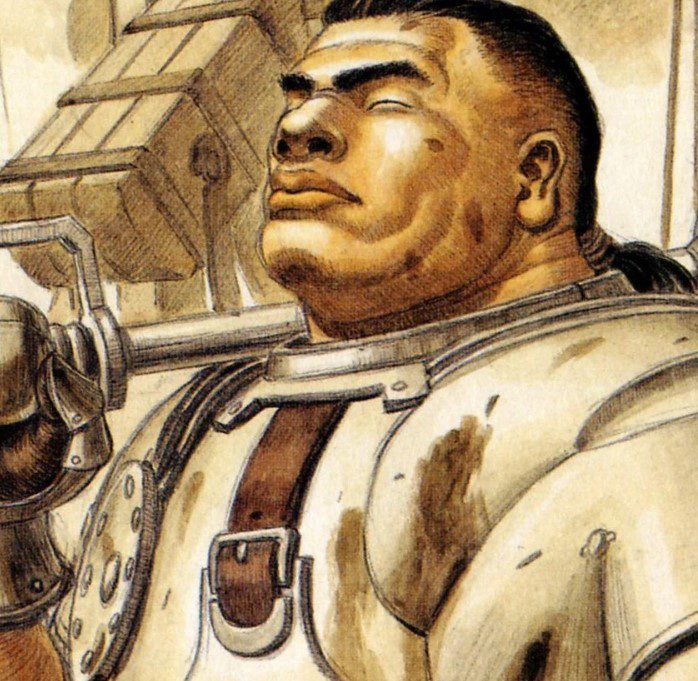 Ricker is one of the members who joined the band after it had begun. He is a blacksmith whose goal is to protect Erica. Rickert is a human with no human powers and can also fight using his physical strength. Rickert possesses skills such as Inventing Skills, Repairing Skills, and Blacksmith. He first appears during the first scene of Golden Age Arc assembling a crossbow. Rickert spent three years worrying after Guts left, and he was overjoyed when Guts returned. He is one of the heroes of the Battle of Doldrey, but when he was about to face death, he escaped with Cascas. During the Eclipse Arc, he was saved by the Skull Knight. 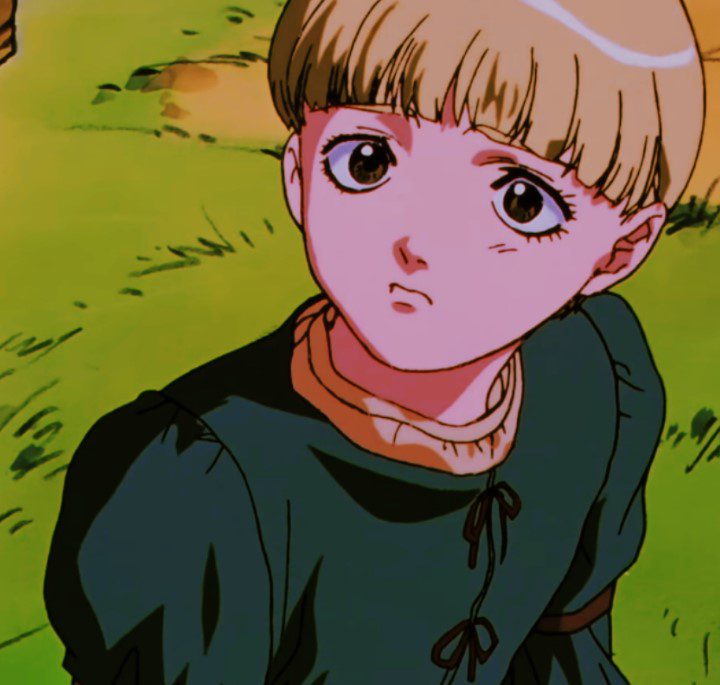 Corkus was a Band of the Hawk member who argued about Guts joining the band. He has human powers and only uses his strength and skill during battle. He is also good in Astute analytic skills, Deductive reasoning, Swordsmanship, Horse riding,  Agility, and Projectile mastery. Despite his looks, he was a useful member of the band that helped them through many different battles. Not all members of this band were as strong as Griffith and Guts, but they played important roles, using their skills and powers during battles and other missions. 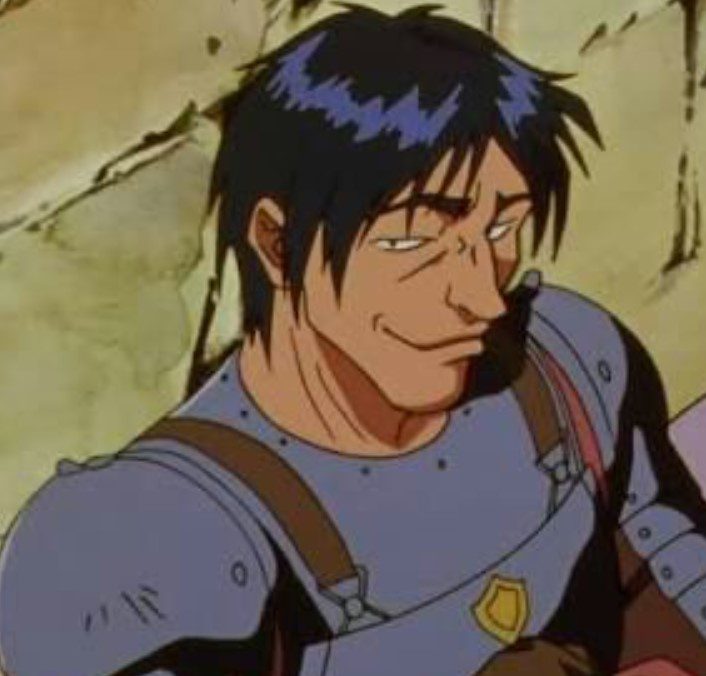 Gaston is one of the powerful mercenaries who hone his skills through training. But his history was not revealed. He can also fight like other swordsmen and always love supporting the truth. Gaston is also one of Griffith’s favorite men. Gaston became the second in command of Guts’ raiders in the Band of the Hawk. But his life ended early since they killed him during the Eclipse arc as a sacrifice. Guts were affected by Gaston’s death and thought that Gaston should have survived; he also remembered the death of other members of the Band of the Hawk. Gaston was also a shop owner who loved to tie his hair in a ponytail. 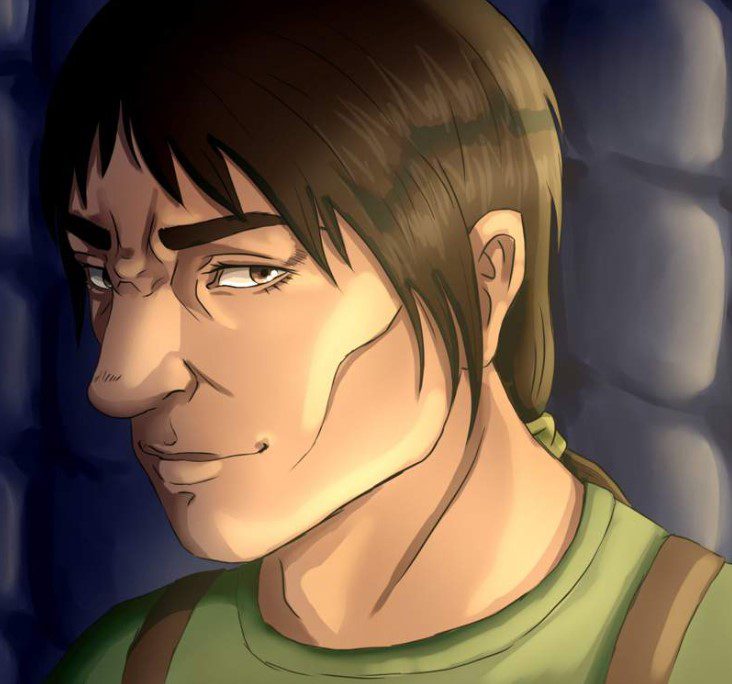 There are members of the Band of the Hawk, such as Dilos, Dante, Errol, Riguel, Sam, Nikol and Kim that we didn’t talk about. We discussed with the member that they were the main focus who appeared in different battles and played important roles. Some members didn’t often appear since they had a few roles to play. The Band of Hawk consisted of plus fifteen members, but only a few were the most talked about, and their history and powers were explained. The berserk manga has complete after 368 chapters.

Also Read: Craziest Yet Unique Cosplays By Hakken That You Should Check Out