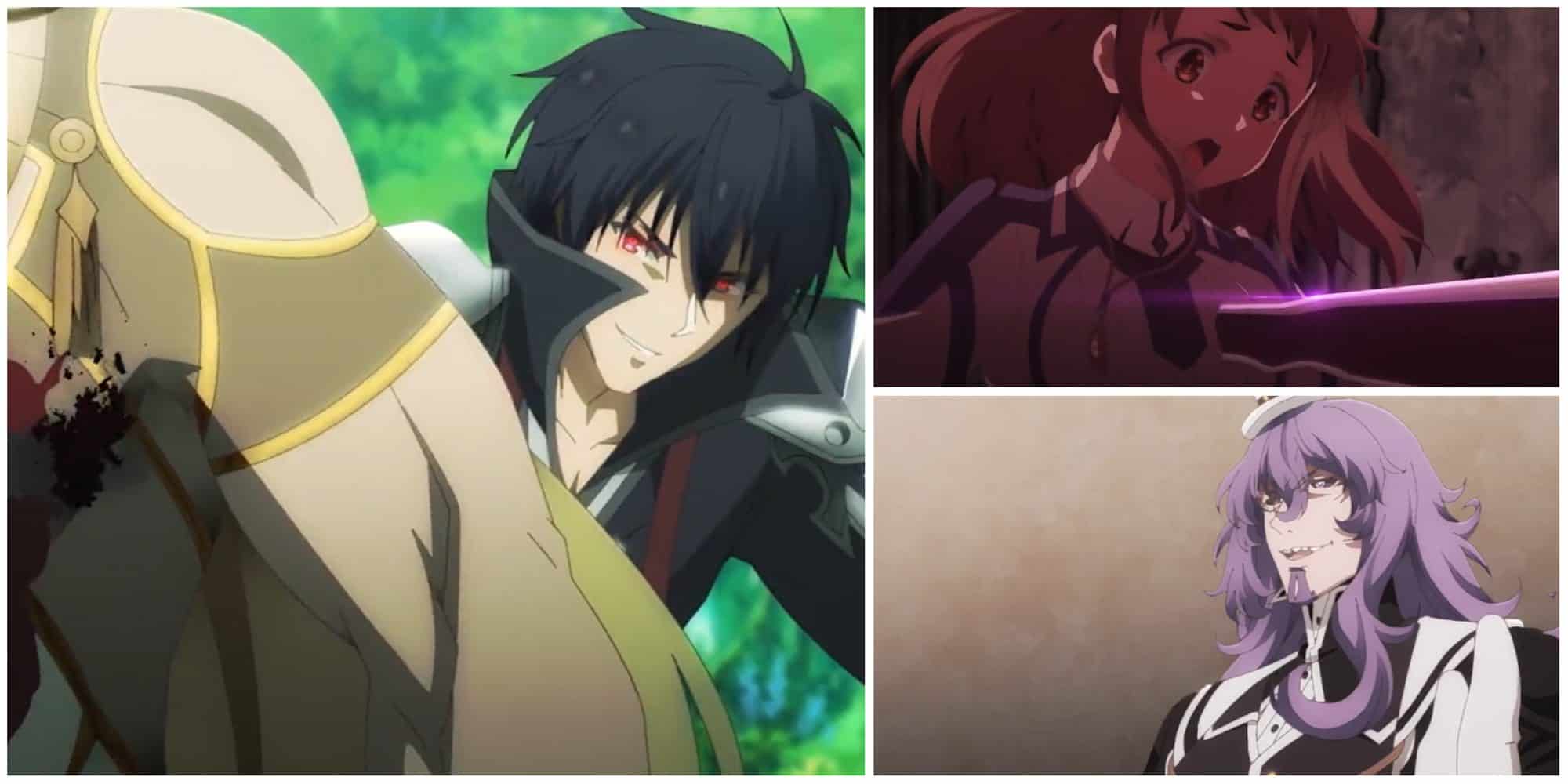 The Misfit of Demon King Academy anime is back with its second season, and the fans are eager to see more from their favorite protagonist, the reincarnated Demon King of Tyranny, Anos Voldigoad, with more of his magic abilities. It’s been two years since it last aired, and the excitement for this series has been tremendous.

The winter of 2023 for anime lovers is a roller coaster ride with many originals, adaptations, and sequels, and this fantasy series is one of the most anticipated of all. We always enjoy main characters like Anos, who simply stands and confronts the enemy with a straight face, then casually kills, revives, and repeats until they beg for their lives.

The Misfit of Demon King Academy is an anime adaptation of a light novel written by Shu and illustrated by Yoshinori Shizuma, released in April 2017; it was also serialized as a manga adaptation illustrated by Kayaharuka the following month, in July. The directors from the first season are back for this season as well, with Masafumi Tamuran and Shin Oonuma as the chief director from Studio Silver Link. The first season aired from July to September of 2020.

The story opened with a flashback from 2000 years ago when the Great Spirit Mother Leno was traveling to Delsegard with other spirits when she was attacked by Heavenly Father God NousGalia. NousGalia attempted his magic to forcefully impregnate her in order to have a new Child of God, but fortunately, Anos and Shin showed up as a savior, and Anos in no time killed NousGalia. 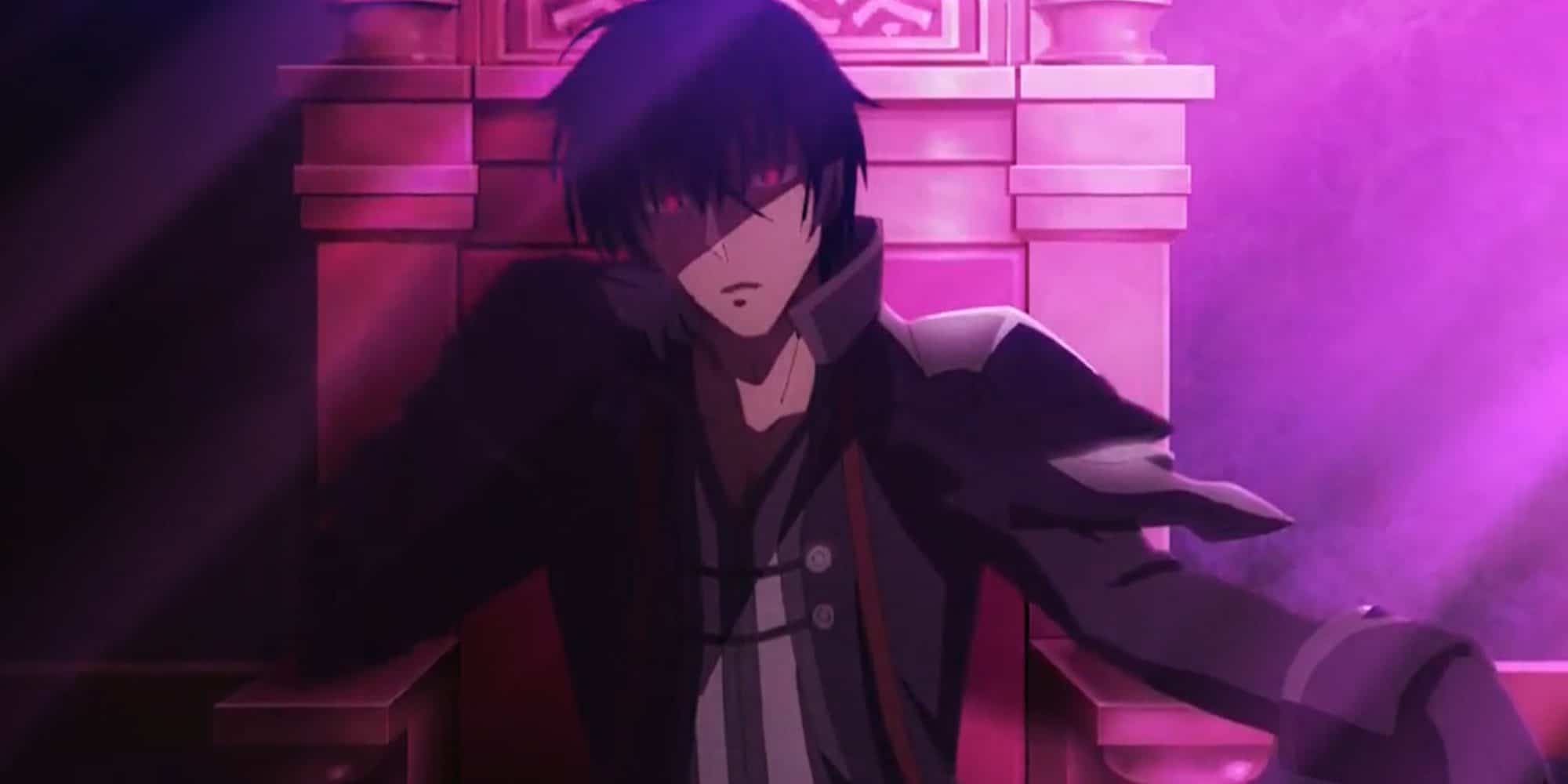 Later, Anos entrusted Shin, his right-hand man, with her safe return to Aharthern from Delsegard, where we could witness a cute chemistry blooming between the two, only to find that the Great Spirit Forest was attained and the spirits had been devoured by a new entity known as Anoshu Politicoal.

In the present time, Ms. Menou Historia introduces the two exchange students from Hero Academy, and also the return of Eleonore Bianca and her clone Zeshia Bianca, in the Demon King Academy classroom. Ms. Historia then introduced Mr. Erdomaid DittiJohn, who claimed to be a demon born before the Seven Elder Demon Emperors and a member of the Four Evil Royals.

Out of nowhere, Erdomaid decides to confess that Avos Dilhevia is the fake Demon King you’ve been praising all this time and the real Demon King is Anos Voldigoad, so he forces them to bow to Anos, but as we know, Anos just wants Dillhade to return in peace, and it doesn’t matter if they acknowledge him as the Demon King of Tyranny or not. Furthermore, Anos was aware that Erdomaid was in disguise as the Heavenly Father God NousGalia, and he questioned what he was scheming this time. 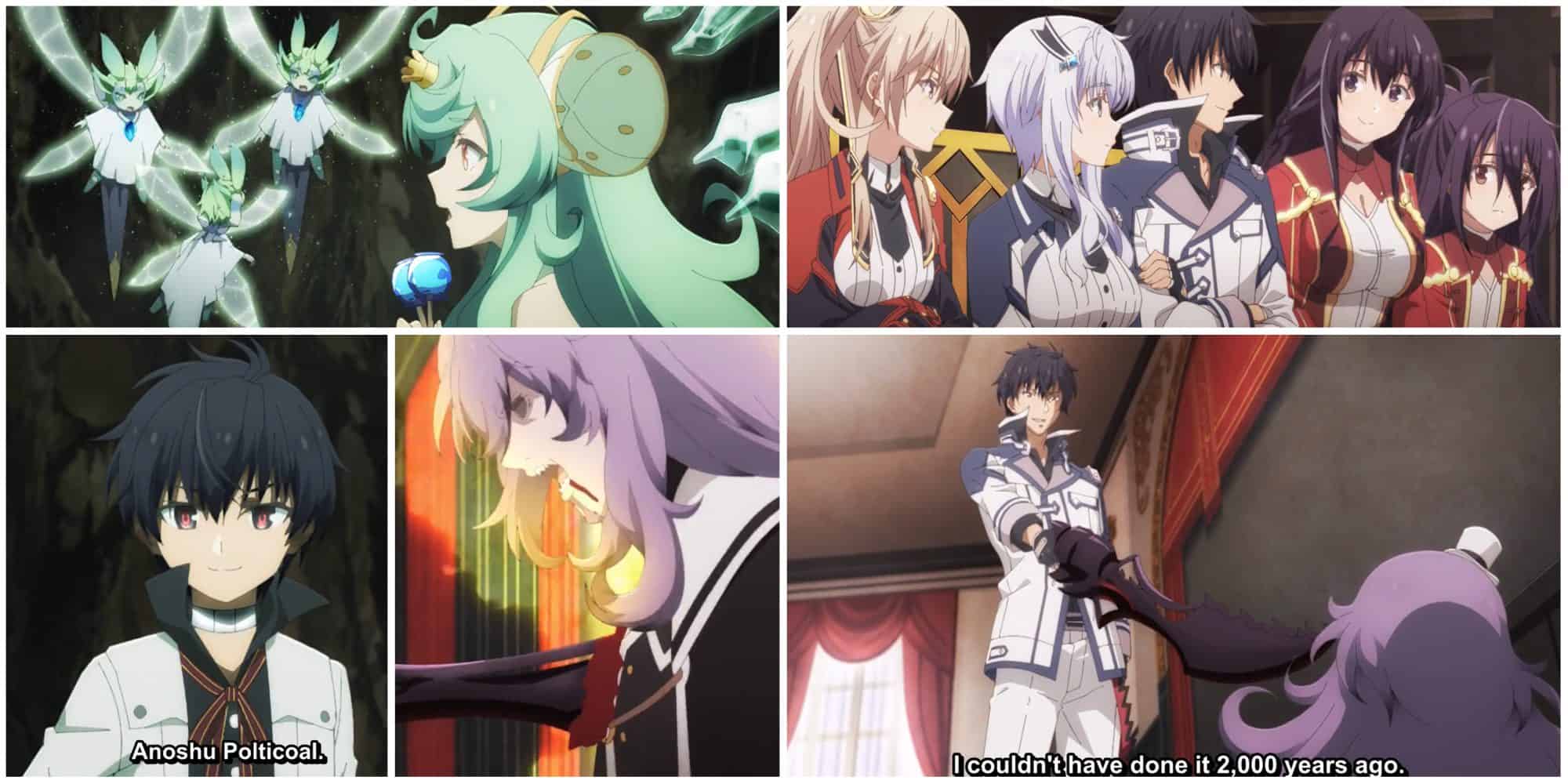 Later, when the students refused to listen to his alleged lies, he attempted to choke them, but Anos killed him with his magical sword of destruction. But he regained 10 percent of his strength because defeating him would cause the world to fall apart. They then divided up to look for and finish the Child of God. By the climax, Ms. Historia had been kidnapped, and the Four Evil Royals had formed an alliance to defeat the Demon King of Tyranny.

The first episode revealed a lot of information in a single episode, as well as many new characters from the Four Evil Royals, and since a lot has been going on, it has become difficult to absorb, but it’s clear that this season will be more about who is the God of Child and can Anos actually put him in place.

Aside from that, Misa was stabbed by one of the King of Curses’ disciples. Ms. Historia, their teacher, is being kidnapped, and Misha and Sasha are set to meet one of the King of the Netherworld’s disciples. Then there’s Bianca’s encounter with the Scarlet Monument King’s disciple. Finally, Anos is up against the military adviser of the Blaze Death Kings. The conflict has clearly returned, and Anos is prepared to face any challenge in his pursuit to restore Dillhade’s peace.

The first episode provided a lot of information, but with such a climax, we want some explanations, and with that, episode 2 of the second season is already set to premiere on January 15, 2023, at 12:30 a.m. Japan Standard Time. In addition, the following time zones are as follows:

The Misfit of Demon King Academy season 2 episodes, like the first season, are available on Crunchyroll worldwide. You can also check out the first episode of this season.

Also Read: How To Watch Tomo-Chan Is A Girl Episodes? Streaming Guide You Need