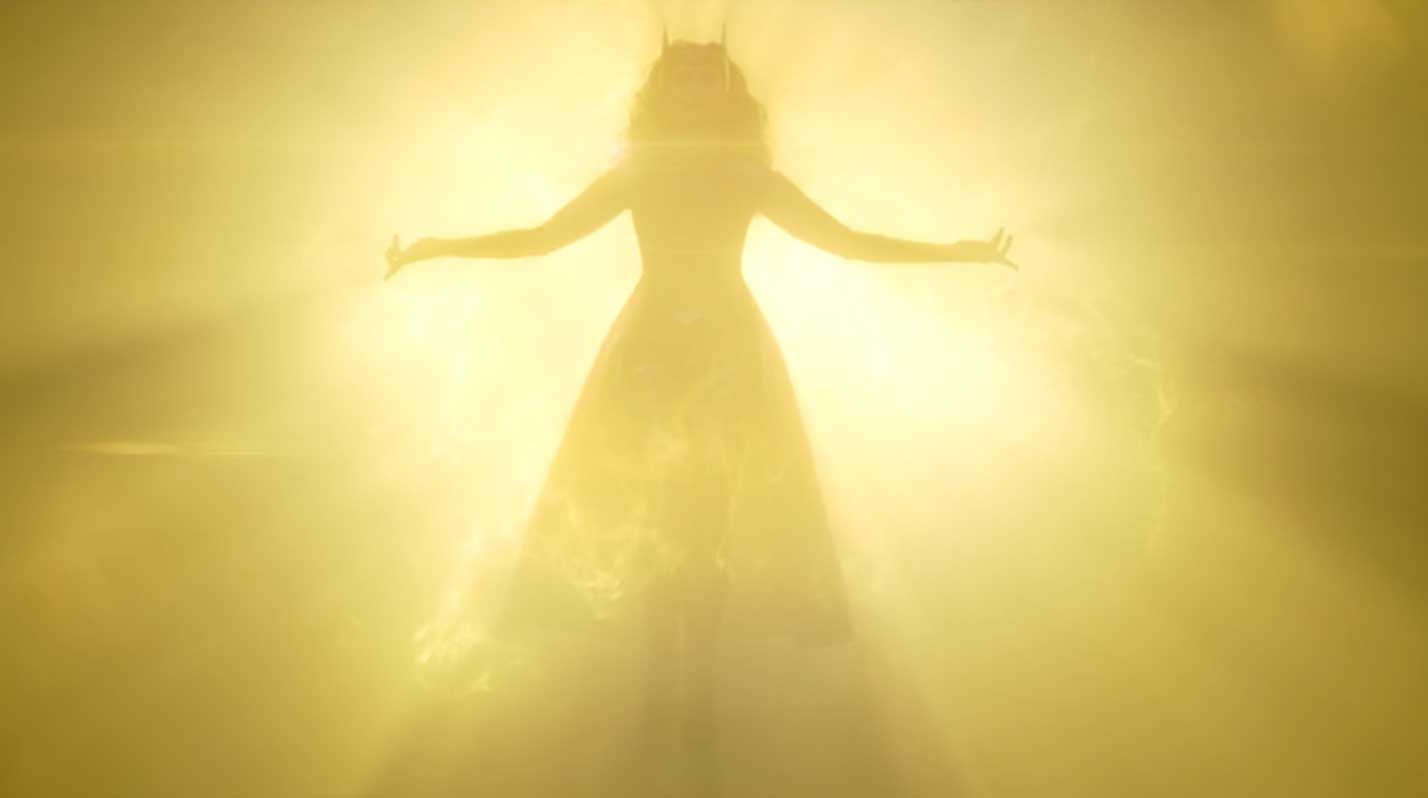 Marvel CEO, Kevin Fiege had mentioned how the WandaVision episodes would adapt sitcom styles from various decades. And how the episode duration would too match with those sitcoms. Now that we are closing in towards the Season premiere, the walls between fantasy and reality have thinned out. In e episode 8 of WandaVision, we are finally getting a good grasp of the truth. This was pretty much set up in the last episode, as we learned that it was Agatha All Along who had manipulated Wanda’s reality. She was the one to cause the inconveniences along with fake Pietro or ‘Fietro’ like Agatha says it. This article will cover the two endings in this week’s WandaVision: Scarlet Witch and the White Vision.

Speaking of endings, up till now, unlike MCU‘s stereotype of having a post-credit scene, the first six episodes of WandaVision didn’t have any credit scenes. But, this changed last time as Episode 7 saw the first mid-credit scene of the series. This scene had Monica Rambeau investigating a cellar door. Just then, ‘Fietro’ appears from her behind greeting her. As of now, we don’t know his dynamic with the other characters in the series. 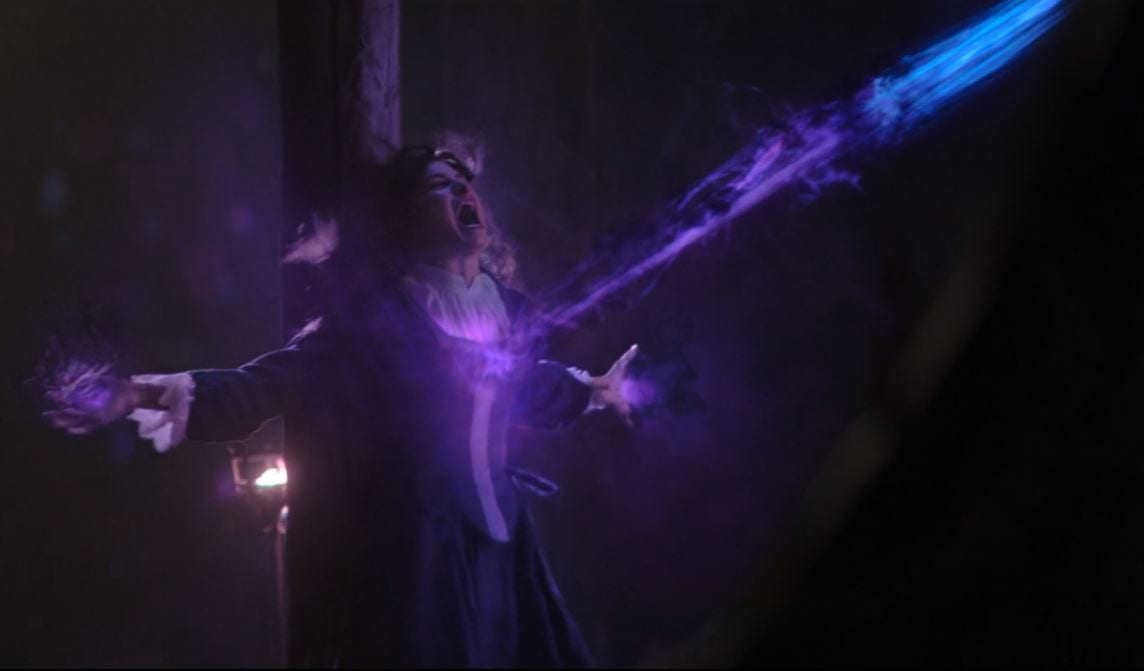 In Episode 8 titled ‘Previously On’, we do not get a recap like in the rest of the 7 episodes, but we start off with a flashback from Agatha Harkness’s origin. The year was 1693, as we are taken to the town of Salem in Massachusetts. There, a coven of Witches, which Agatha was a part of, proceeds to punish Agatha. She had broken the coven’s rules by seeking knowledge and delving into forbidden and dark magic. As she is tied to a stake, she pleas to her mother, Evanora to let her go. She refuses as the witches collectively try taking Agatha down. But, she was too strong for them, taking their powers and lives along with her mother’s brooch. Agatha can be seen wearing this brooch throughout the series.

This scene gives a brief history of Agatha Harkness as we realize how power-hungry she was. She witnessed a whole town getting manipulated by Wanda, thus she realizes that her power was unmatched. Agatha was frantic as to how she delved so deep into magic, yet couldn’t reach Wanda’s level. So, she threatens Wanda by kidnapping her kids to learn her secrets and possibly extract her magical powers as well.

If we do, check back to its source, i.e. the comic books, Agatha did live through Salem Witch Trials. Later, as she tries loving a normal life, she befriends Wanda and becomes her mentor. This hardly seems to be the case as to what will happen next week, but it’s still not off the cards. 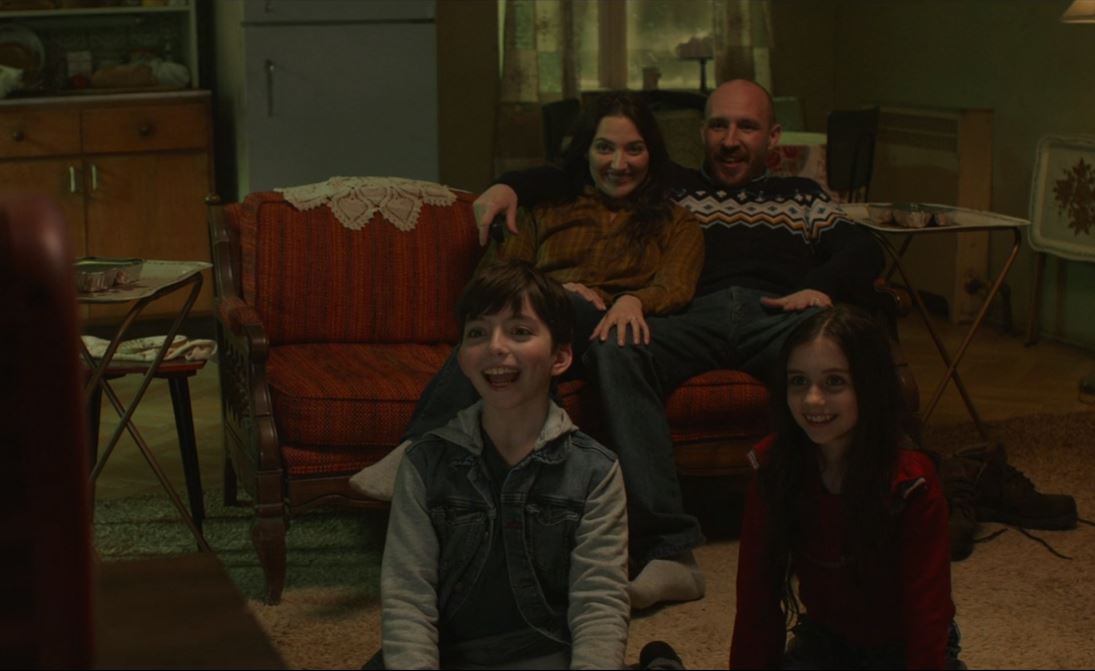 Agatha wants to know how Wanda managed to gather such immense power, so she leads Wanda down memory lane. During this, Wanda has to reluctantly re-live her traumatic past. Starting with her life as a little girl in Sokovia, where she used to spend time with her family watching sitcoms to learn English. During this, we see how Wanda was fond of sitcoms, in this case, The Dick Van Dyke Show. As the family watches this, a bomb is dropped, killing both of her parents. Then we are taken to her time in HYDRA, where she was a test subject and makes contact with the Mind Stone. After this, we jump to a time between Avengers: Age of Ultron and Captain America: Civil War, just after Pietro’s death. Wanda mourns him as Vision comes to comfort her. During this, she watches another sitcom to calm her nerves.

Through all this, the one thing we realize is how Wanda has always lost the ones close to her. She lost her parents, Pietro and Vision while the only thing that remained constant in her life was Television Sitcoms. It was how she connected with her family and Vision while also what comforted her during the trials in HYDRA. In the scene we saw of her childhood, Wanda’s dad tells her how shenanigans in a sitcom are usually harmless and end by the end of the episode. Just like that, maybe Wanda is basing off her fantasy life in Westview in a sitcom way where there is no actual pain and any issues get resolved by the end of the episode. 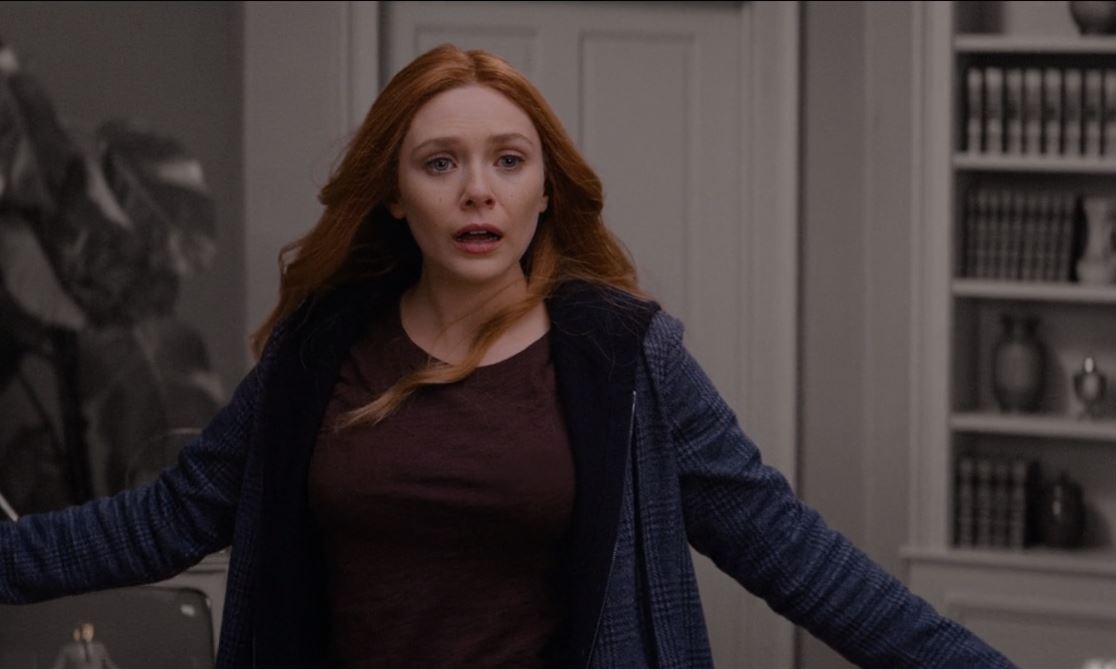 Towards the end of this stroll down the memory lane, we witness how the Hex came to be. Wanda, who only weeks ago came back from the blip, is filled with grief as she heads to S.W.O.R.D.’s Headquarters to retrieve Vision’s body for burial. Here, Hayward tells him how they can’t give her the body but instead shows her his body being disassembled. Filled with grief, she walks away when she finds a document in her car regarding a property she and Vision own in Westview.

She drives down to that property in Westview when she breaks down seeing the place she could have lived forever with Vision. Stricken with grief, Wanda releases a huge amount of energy building her home, rebranding Westview, as well as manifesting her Vision from absolutely nothing. During this scene, it is pretty clear that Wanda can in fact create something from just her imagination. Moreover, it proves how Hayward showed a manipulated video of Vision being stolen while the one in WandaVision is unable to even step out of the Hex. This explains how Vision has no memories of his past and needs to be given a lecture by Darcy. 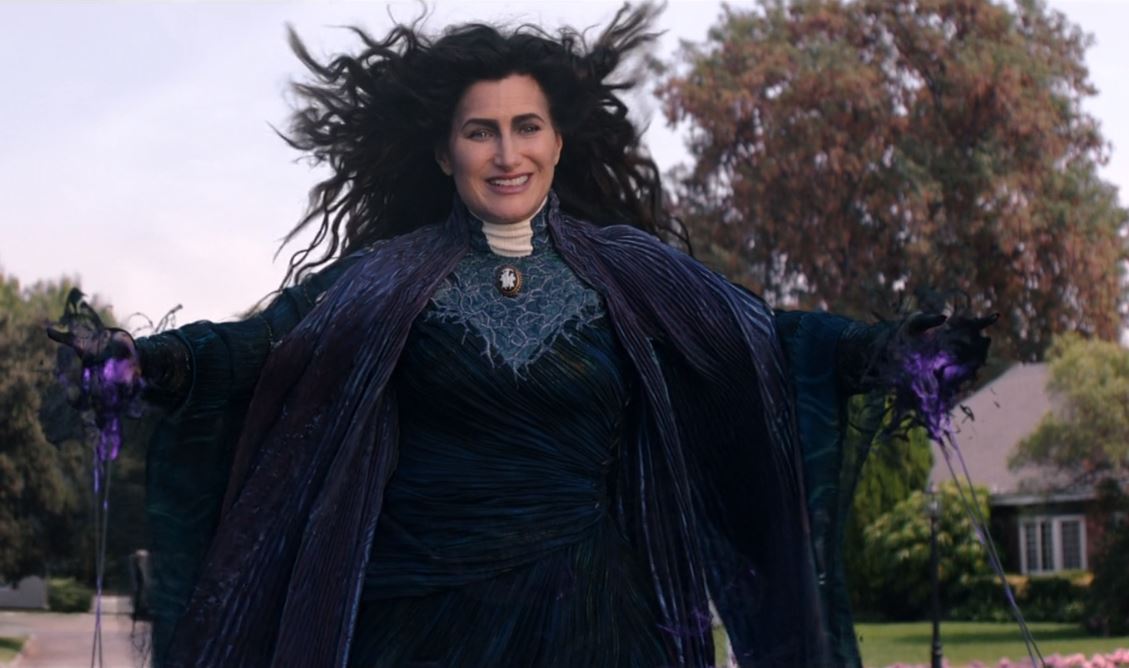 Agatha explains to Wanda regarding her existence and Chaos Magic.

Throughout the MCU, Wanda’s powers were pretty unknown till now. Every one of the viewers knew that her comic book alter-ego was called Scarlet Witch, but nothing much was known about Chaos Magic. This episode of WandaVision gives us a pretty good idea on it as Agatha explains it. Apparently, Wanda is supposed to be a myth, “a being capable of spontaneous creation.” The magic which Wanda utilized to create her world was called Chaos Magic, thus Agatha refers to her as the Scarlet Witch.

This is the first time the name Scarlet Witch has been used in the MCU. While in the comic books it was a pretty known thing. In there, her magic wasn’t really explained at the beginning but later it was described as a type of sorcery that alters the fabric of reality. This even relates to Wanda being a Nexus being, someone who remains constant in all realities. Although, in the show, she happens to have created her own reality. 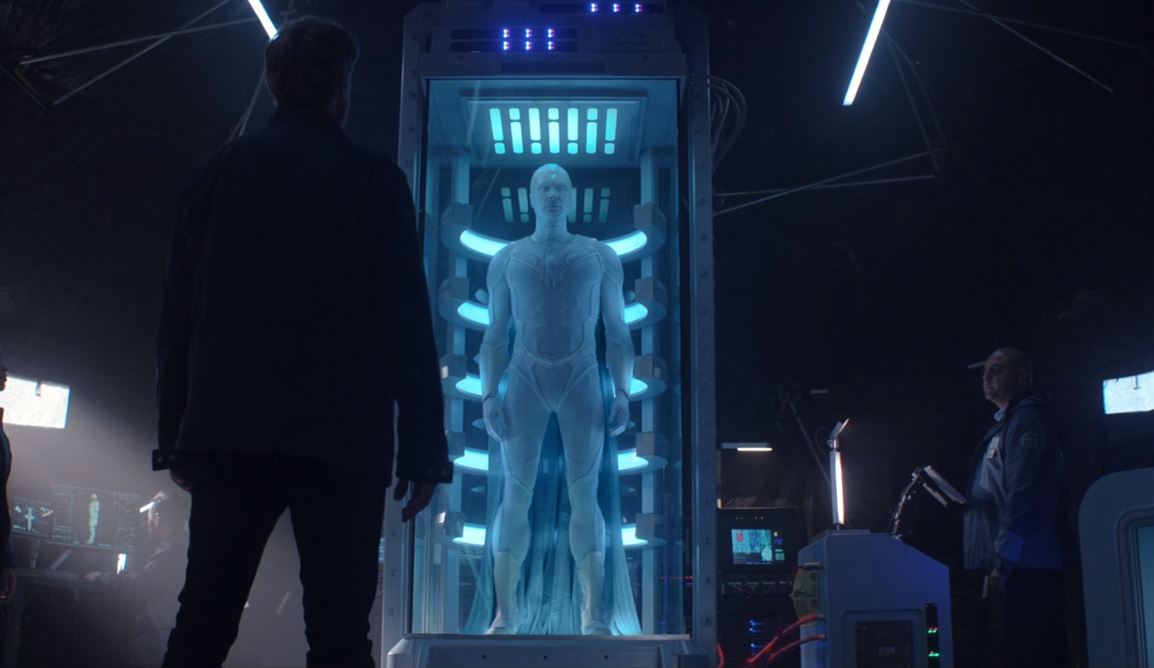 The second ending for the episode comes from a mid-credit scene of Director Hayward back in the real world. Here, their preparations were over as they have finally achieved the Project Cataract. This Project name should have been a big giveaway for us considering how Cataract is an eye condition that obstructs Vision. And here, S.W.O.R.D has created their very own Sentient weapon, the imperfect vision, White Vision.

Hayward knew how Vision was created and re-enacted this by having Wanda use her magic on their equipment. After the events surrounding the blip, Hayward and his team have tried disassembling Vision to recreate him. For this, they again required Wanda’s powers, so they used the one which had been used on their equipment, thus giving life to Project Cataract, a.k.a. White Vision. 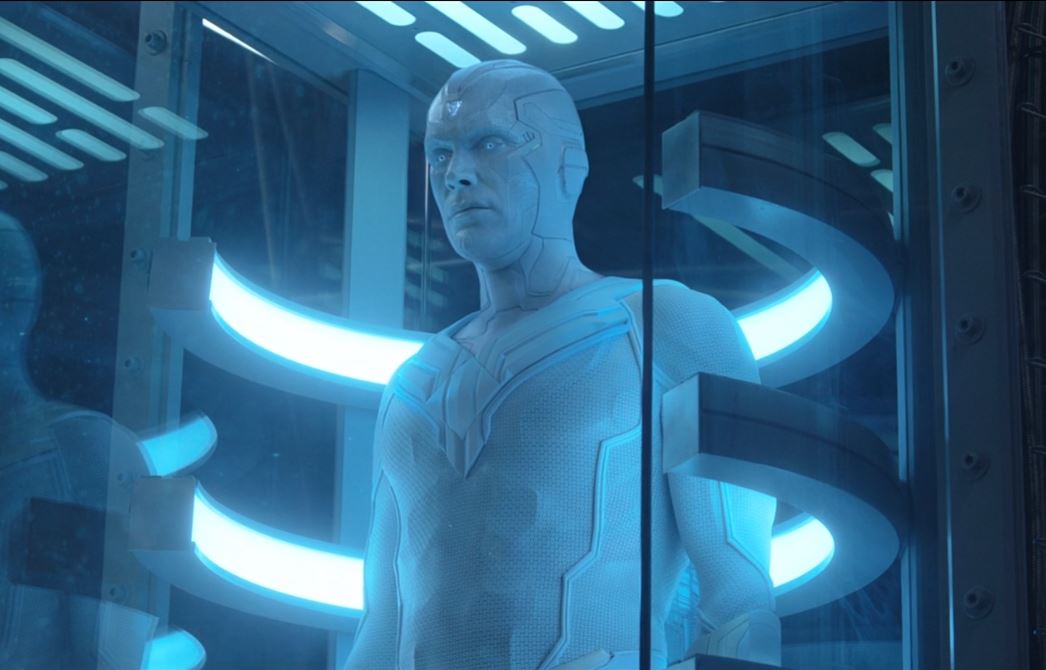 The Project Cataract Vision is an imperfect one. It is a black slate, devoid of any human emotions or memories, and therefore is the perfect weapon for S.W.O.R.D. Vision had previously been born without any “soul” too but it’s hard to imagine how S.W.O.R.D. was able to create this version. Unlike, the real Vision, this one seems to be devoid of concepts such as those of morality, humanity, and a will for self-discovery. He is a sentient weapon, armed for use as per its master’s command, which in this case is S.W.O.R.D.

The reason he is white is due to the fact that Vision’s color signifies his vitality. If one remembers, in WandaVision itself, when a walking dead Vision appears before Wanda, it seems to have lost its contrast in color. Just like that, he loses his pigment as a body drained of its blood. Therefore, this gives an implication that the S.W.O.R.D. version of Vision is merely a lifeless robot.

You can watch all the episodes by WandaVision on Disney+.