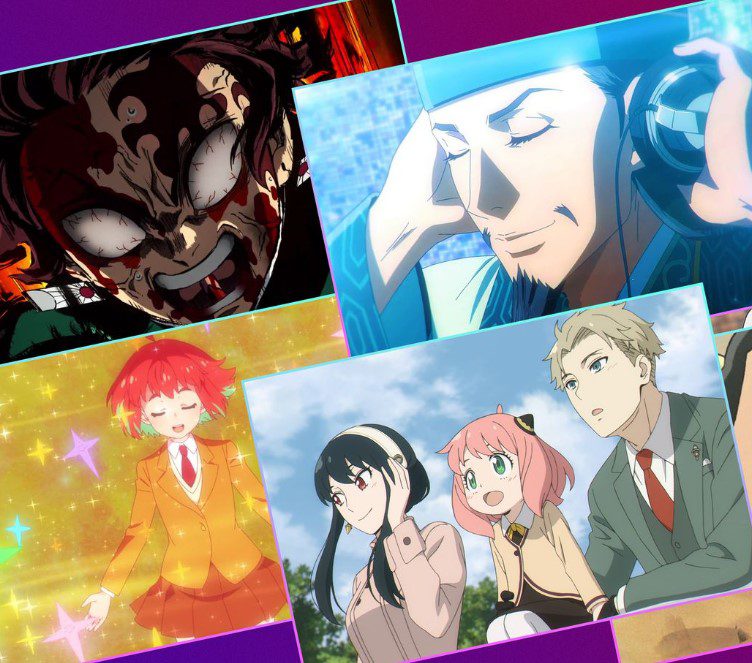 There are tons of best manga that you can enjoy reading in 2022. But some of them have ended, and we will talk about most of the ongoing manga you might not be familiar with. In the list below, we will discuss the Most Recommended Manga In 2022 that are worthy of reading. However, we can’t keep talking about the same manga every day because it is good to introduce manga fans to new things.

The manga we will discuss includes romantic comedy, action, adventure, and other genres you know. The manga world has been changing for many years, and every year there is a best or most recommended manga that one can enjoy reading. 2022 differs from other years because it has many recommended manga you might consider checking out. Most fans are familiar with the best ongoing mangas.

But since the vast manga world, there are new things you might be missing, and you will find them soon on the list below. We will also discuss the hottest and newest manga you will enjoy reading in 2022. There are new top mangas that many fans forget since they are busy with the ongoing manga, but once you read new ones, you will add them to your favorite manga list.

Sakamoto Days is one of the most recommended manga in 2022. This best-uprising popular manga began two years ago and caught the interest of many manga fans. Sakamoto Days is one of the newest and hot manga you will enjoy reading. This manga reveals the story of Taro Sakamoto, who became a legendary hitman in the past, and everyone considers him the greatest of all time. 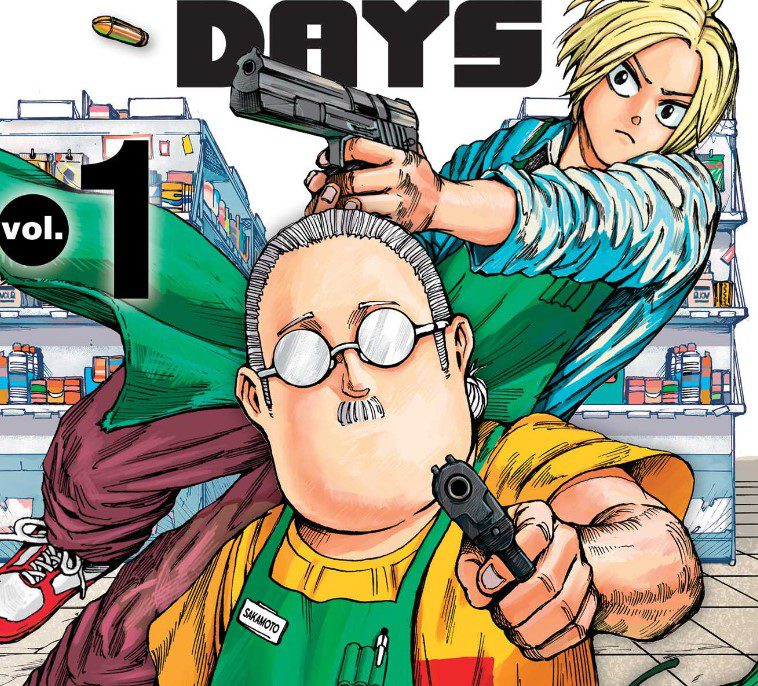 Bad guys fear Taro, and assassins revere him. However, he gets bored since no one can mess with him, and quit his job. Tar Sakamoto begins to live a peaceful life after getting married and is blessed with a single baby. He is now settled and has become the owner of a neighborhood store. But it won’t take him many years before his past haunts him. It has comedy, action, assassins, and the best gun actions.

The Legend of Lu Bu

The Legend of Lu Bu is one of the most recommended mangas in 2022. This one is popular, and many fans would like to read it. It is similar to the Record of Ragnarok and has the same storylines. Lu Bu became the first to fight for the mortals in the final fighting tournament between god and man, Ragnarok. The legends of Lu Bu’s martial prowess are revealed in this Three Kingdoms Wuxia story. This is one of the ongoing best fighting mangas. 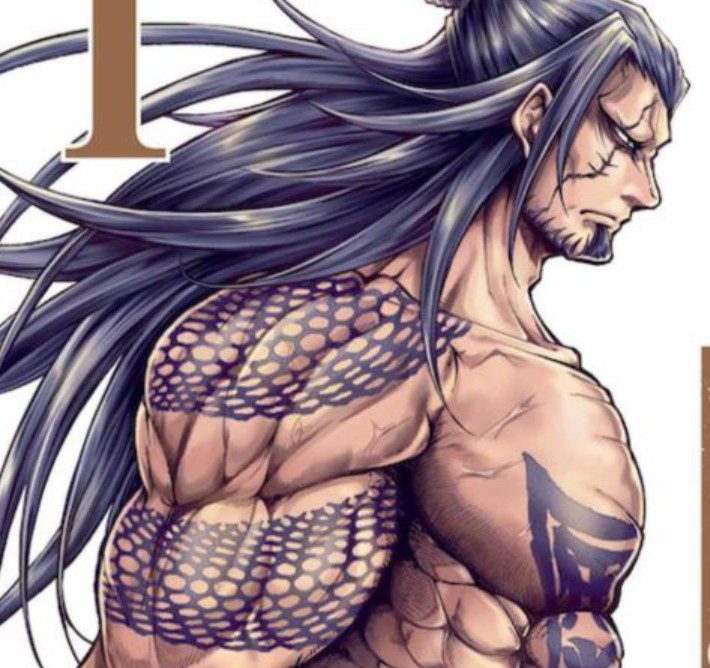 The Legend of Lu Bu

A Galaxy Next Door

This is another best manga worthy of reading in 2022. Ichiro is a manga artist who suffered after the death of his parents. He begins to support his two younger siblings, but he has no computer skills, and his art assistance left him pursuing new dreams. Ichiro feared losing his job since he had many problems; however, things changed when new workers appeared in his life. 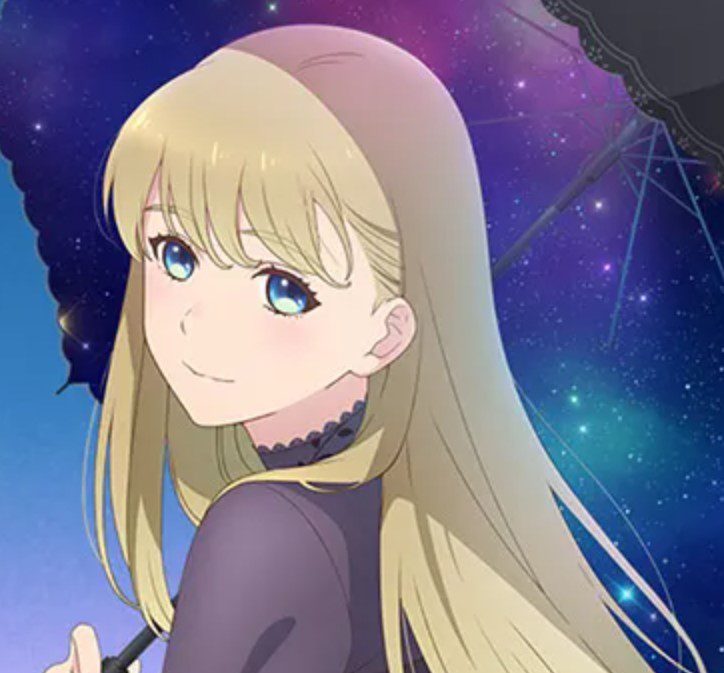 A Galaxy Next Door

This new mysterious, beautiful lady made Ichiro’s life brighter, and he learned that she is an incredible artist who always finishes her job in time. But the strange lady knows a lot about Ichiro, which keeps him wondering. The lady makes a confession that changes Ichiroi’s mind.

Classroom of the Elite is one of the best romantic comedy manga. The story takes place at the best school known as Tokyo Metropolitan Advanced Nurturing High. This school’s goal is to produce the country’s future leaders. But they also have to deal with other things at school. Ayanokoji Kiyotaka is one of the students who landed at the bottom in Class D. He befriends Horikita Suzume, who works hard to achieve her goal. She wants to make it to Class A. 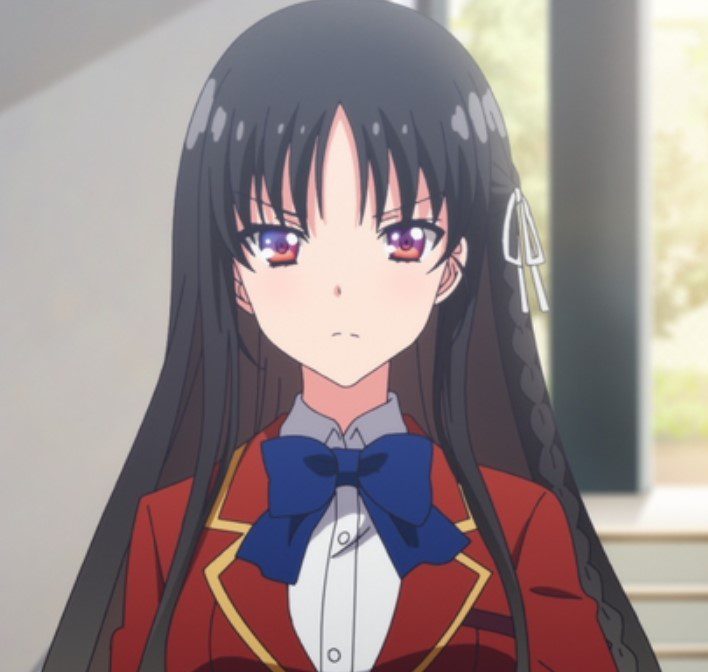 Kushida Kikyo is a girl who is always interested in making friends since she is fine with everything. The trio has huge tasks ahead of them, and they have realized that this school has huge completion, and they have to work hard to advance. Classroom of the Elite is also the most recommended manga in 2022.

The Muscle Girl Next Door

This is the best funny romantic comedy and one of the most recommended manga in 2022. This is a lovely sweet story of a skinny boy and a muscle girl. Daria is a good skinny college student but lacks confidence due to his appearance. One day when Daria minded his business, he bumped with a muscle girl Rubi-san. Rubi is a cute muscle lady, and Daria thinks she is the epitome of macho coolness. Though Robi is a skinny guy, Daria’s heart is stolen by Robi, and he begins to chase the love of his heart. 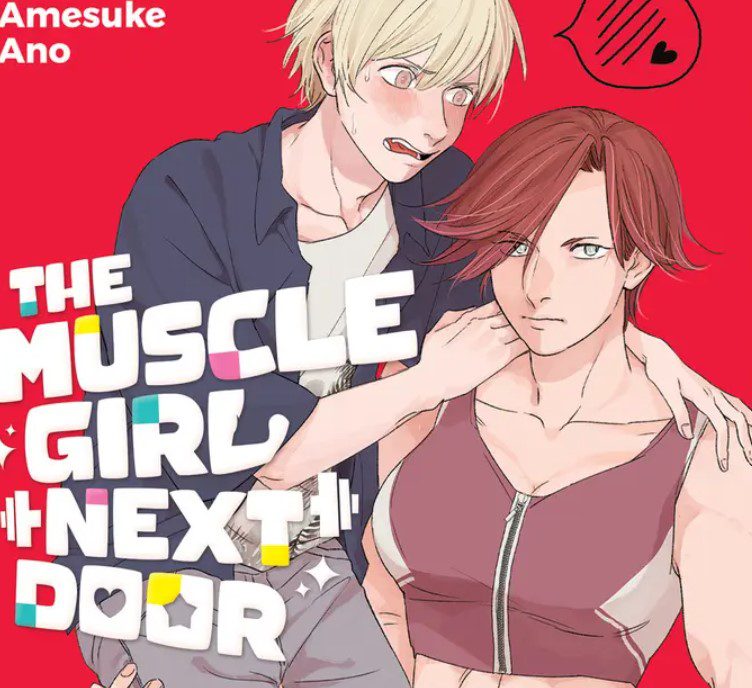 The Muscle Girl Next Door

It is a story of a legendary samurai that started as an ordinary boy. Hojo Tokiyuki is an eight years old boy who lives in medieval Japan. He became the heir to the Kamakura Shogunate, where the Hojo clan was in decline. Tokiyuki spent most of his days playing hide-and-seek with his teachers. This ended when Tokiyuki was betrayed by his clan and caused by one of the higher-ups. The Hojo family’s lone survivor became a fugitive. But Tokiyuki is the rightful heir who deserves to take the throne. He has to do his best to claim his throne as legendary samurai. 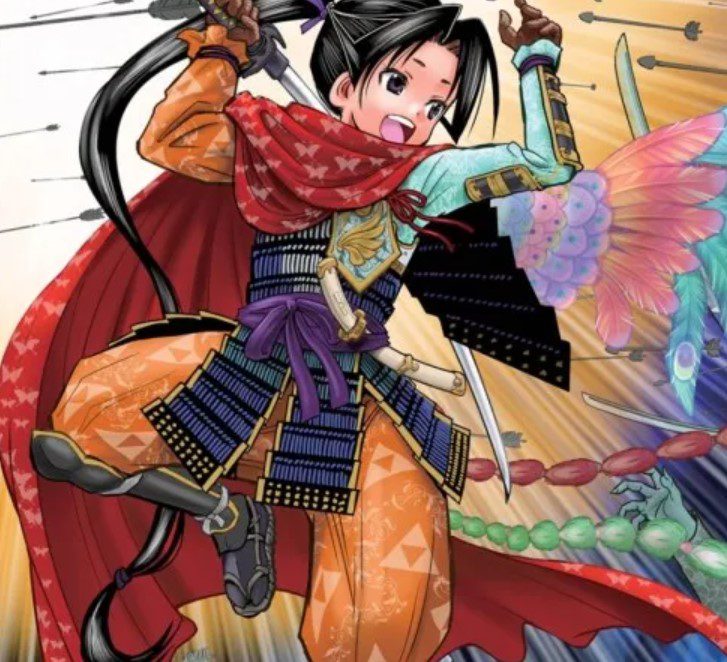 Okramu and Momo Ayase have different attitudes and are on opposite sides of the paranormal spectrum. It didn’t matter what they both believed in, and they challenged each other since they both thought they were correct in what they believed in. Oakramu and Momo end up on a secret path of crushes and paranormal wars. They decided to become part of it to believe. Dandan is a supernatural manga with the best action. 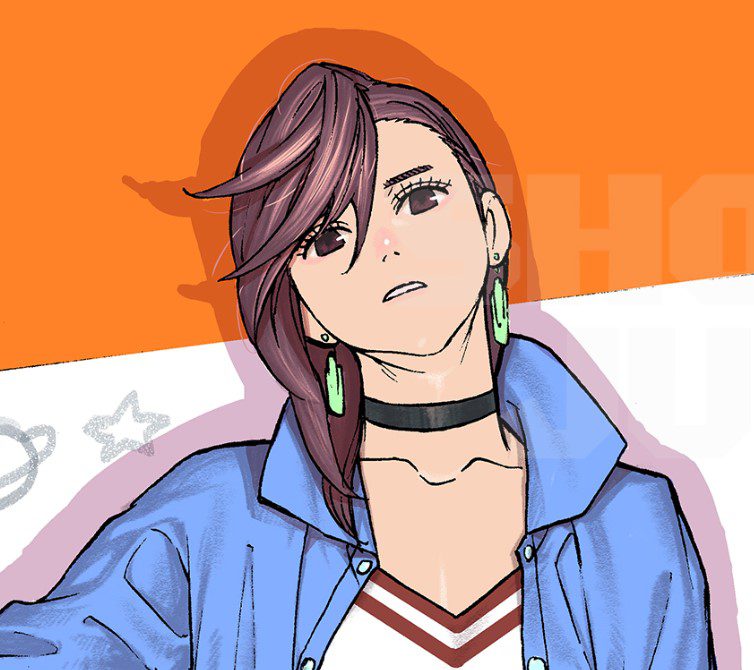 Frieren: Beyond Journey’s End is a popular ongoing manga recommended in 2022. Elf mage Frieren went to battle with her courageous fellow adventurers, and after a long battle, they defeated the Demon King and restored peace to the land. But they ended up getting separated after a great struggle. However, Frieren nearly became an immortal elf and had a chance to live longer than the rest of her party. But she is trobles by the mortality of her friends. 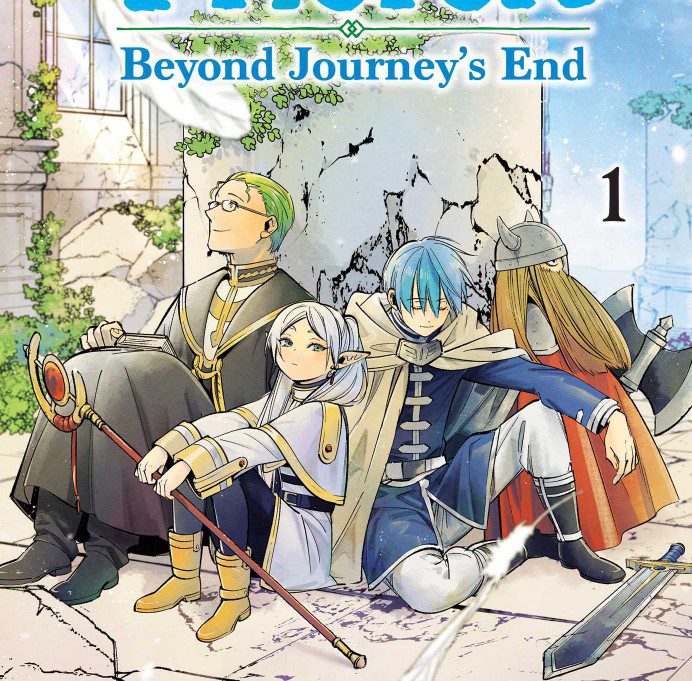 Juro Azuma looks like a rough-and-tumble boy, but his compassionate side appears regarding the furry critters he can communicate with. His love for animals always gets him in countless trobles. One day a suspicious cat fuse with Juro, and he receives mysterious powers, but this drags him to war against the powerful Japanese spirit, Mononoke. This is the best manga between humans and Yokai. Black Torch is the most recommended manga in 2022. 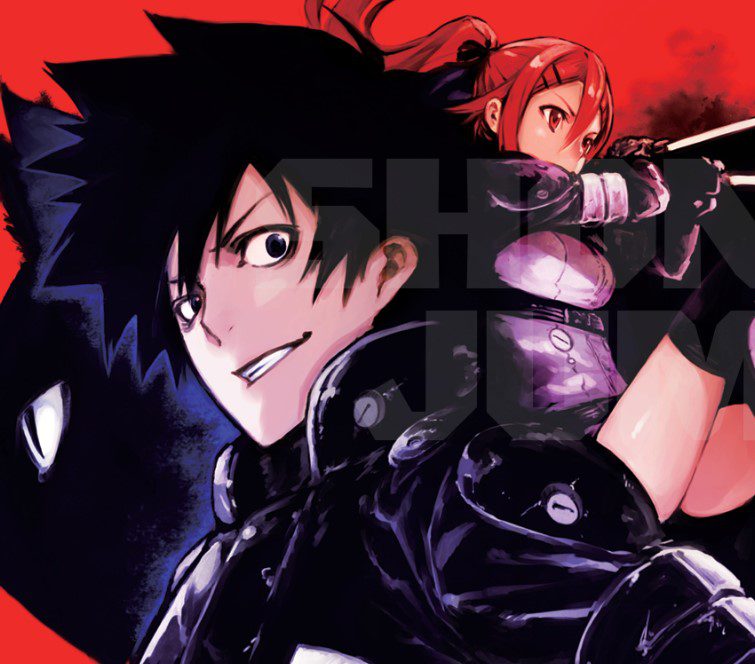 The Witch and the Beast

The Witch and the Beast is the best manga known as Majo to Yajuu. Ashaf is a soft man with a sweet voice and delicate features. He always carries a coffin on his back and an entourage of black crows. He befriends Guideau, a violent girl with eyes of the best and long fangs. The due arrive one night in town in thrall to a witch. But there is a ruler with magic running through her tattooed body who believes she is the townsfolk hero. However, only Guideau and Ashaf know better. The Witch and the Beast is also the most recommended manga in 2022. 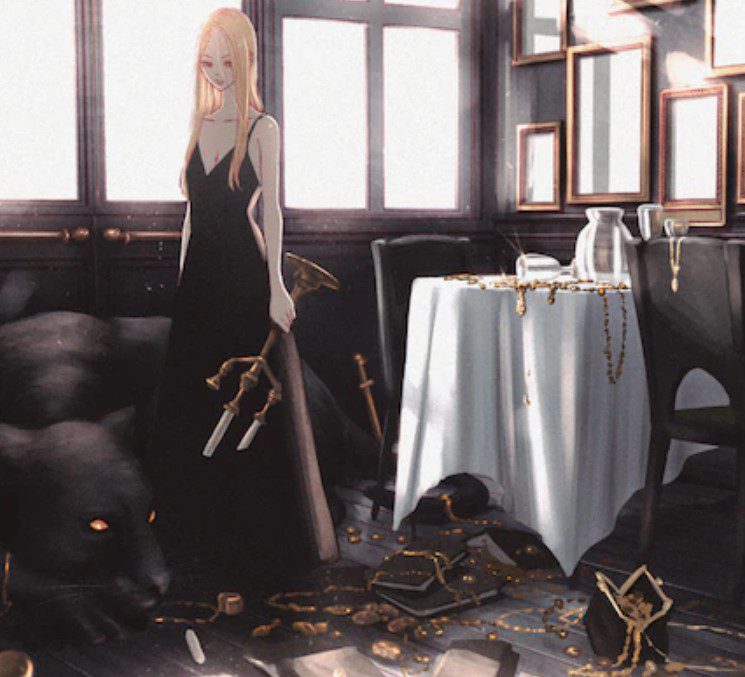 The Witch and the Beast

They believe that the witches curse where ever they go, and their goal is to settle the score while eliminating everyone who stood in their path. There are many similar mangas to the ones on this list that are the most recommended in 2022. Many mangas are published for a short time, and every month there is a new manga that one can enjoy reading. We manage to cover the best manga that you can read and also check others that are similar to them.

Also Read: Best Manga Books Of All Time That You Can Read Right Now