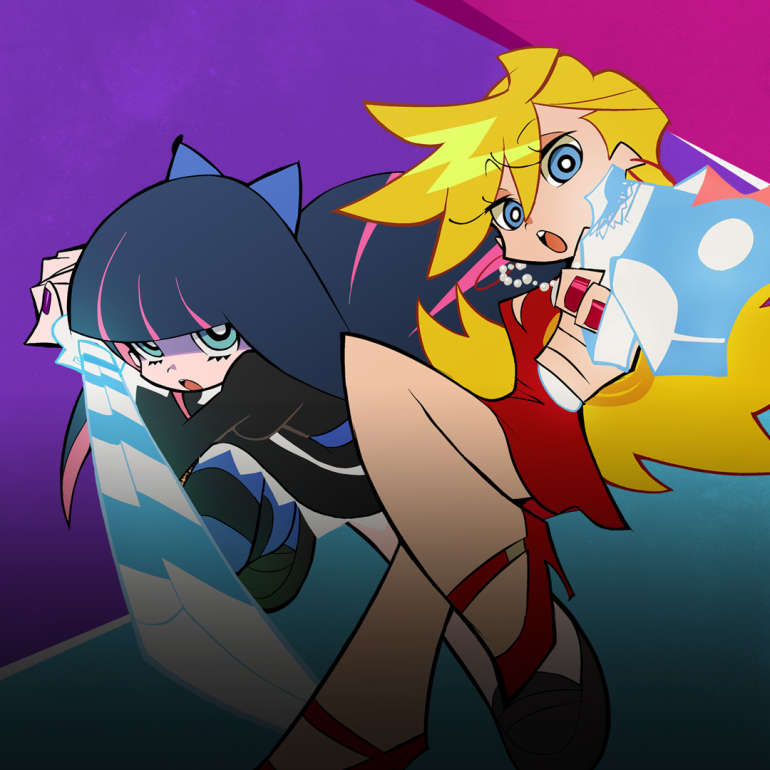 All the people who like watching Panty and Stocking with Garterbelt are aware of its genres, which include action and comedy with hints of supernatural elements. Hiroyuki Imaishi has directed this anime. The plot throws the entire spotlight on the examination of two angels. They both must go on and defeat the evil spirits. By doing so, these angels can earn their revenue and can be sent back to heaven. All this while, we even have IMDb standing with Panty and Stocking with Garterbelt, saying that it is one of the best anime series ever created by Gainax.

Although many fans are pretty upset that the show has ended with a cliffhanger, many people argue about a second installment for the series because of how much they like it. Well, we know how there is literally no guarantee about a new outing. But in the meantime, we have wrapped up other anime to binge watch while waiting for more episodes. The plot of these shows is similar to Panty and Stocking with Garterbelt, and thus, fans will enjoy them.

This anime show revolves around a girl whose name is Luluco. She wishes to live a very regular life in a supernatural world. Later in the scenes, we witness that all her plans get wasted when her father crumbles to many pieces after being in an alien technology accident. At this point, Luluco becomes a Space Patrol employee to raise funds for her father’s medical bills. While doing so, this grants her a new abnormal life. Like we have witnessed in Panty and Stocking with Garterbelt, Space Patrol Luluco is all done in a style of art that is cartoony and vivid. This anime series, at the time when it was released, was loved by fans so much that IMDb just had to announce it as the best anime series by Studio Trigger.

This anime series throws the entire spotlight on two boys whose name is Kamina as well as Simon. They are both sets on a journey along with a mysterious female character named Yoko Littner. They take this step to save the whole world unknown to them from its evil ruler, Lordgenome. All this while, if the trio wants to achieve their goal, they would have to count on the power of a mechanical robot they deem Lagann to defeat Lordgenome and all of his evil henchmen. Like we have seen in Panty and Stocking with Garterbelt, Gurren Lagann consists of various jokes that are a bit adult-oriented. Although, the show also has employed flashy and over the top animated sequences. If people like animated shows by Gainax, then Gurren Lagann is something that they all must watch.

This animated show is all about a girl whose name is Ryuko Matoi, and she is trying to find out about the murderer of her father. While accomplishing this task, she stumbles upon a powerful wearable tool known as Senketsu. After this, she again sets on her journey to find Kiryuin, the person she trusts to have a link to the murder of her father. She thus wishes to defeat in hopes of gaining vengeance as well as intel from her. Like Panty and Stocking with Garterbelt, Kill la Kill also deals with the majority of dark subjects that concern death and tyranny and fighting in a pretty flashy but comedic style. Both of these series also have employed plenty of content for the audience, which likes ecchi and other adult content.

This anime series throws the entire spotlight on a space hunter whose name is Dandy. He is set on hunting down the strange creatures in return for money with the help of his little sidekicks. Thus, in Space Dandy, we witness Dandy as well as his sidekicks all bounty hunting together on an adventure that never seems boring, even for a minute. Like we have witnessed in Panty and Stocking with Garterbelt, this anime show also follows an episodic plotline. It also has featured a variety of adult jokes. Not only the fact that Space Dandy is an excellent series for the audience that likes comedy, but it also suits the people who like strong characters. Dandy is obviously known for being one of the most powerful comedy anime characters that have ever been created.

Gabriel Dropout is an anime show about an angel whose name is Gabriel White Tenma. Although, while on her tenure on Earth, she develops an addiction to video games. This converts her into a fallen angel that is pretty indifferent to the mission that is given by Heaven to her. Even when Gabriel comes across an old demon friend, that is, Vignette April Tsukinose, who tries to convince her to return to her old ways, she does not bother listening. Thus, the whole anime centers around these two supernatural creatures and other sorts of mystical characters who have their own set of struggles.

These characters also understand the importance that their occupations have to offer them. Just like we have witnessed in Panty and Stocking with Garterbelt, Gabriel Dropout also follows a protagonist who is an angel and is going against the power of a higher order. These shows also contain a similar sort of angel versus devil vibe with small hints of humorous elements thrown in between.

This animated series is about a man known as Rokurou Okajima, who is a businessman. He gets kidnapped by a mercenary group known as the Black Lagoon to be used in a big failed bargaining ploy. Thus, he abandons his previous leader, and Rokurou joins forces with a mercenary group. Here he ends up living a life where slaughter, as well as danger, are pretty common. Like we have witnessed in Panty and Stocking with Garterbelt, Black Lagoon consists of a solid female cast who uses rude and provocative language. It also has employed a series of animated fight sequences. Well, many people are in awe of the gunplay executed by Panty; there still are another set of people who argue that Revy, the female star in Black Lagoon, is one of the best gunslingers in the history of anime.