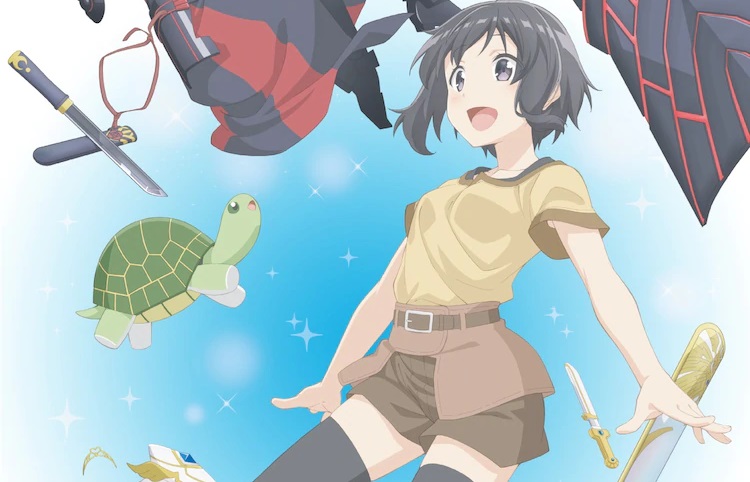 Bofuri ended its first season last year after an entertaining first season; news about Bofuri Season 2 is trending lately. This is because the anime production team recently announced more developments towards the upcoming Bofuri Season 2. The latest updates came a few days ago when Crunchyroll shared more updates on the news.

Bofuri, known as I Don’t Want to Get Hurt, So I’ll Max Out My Defense, as its full name. The anime released a new key visual for the upcoming season. The late news covers the Key Visual and the expected debut day for Bofuri Season 2. According to Animnewsnetwork, the live net special that marked Bofuri’s first anniversary announced the news. The event took place on 9th January, and it was here where all updates related to Bofuri Season 2 were revealed.

Bofuri Season 2 will be released in 2022. The official announcement only revealed the key visual and the expected year that Bofuri will return. More information like the PV and the premiere season will be announced later in the year. The first season of Bofuri premiered back in January 2020 and is available for streaming on Funimation.

The anime is based on the novel of the same name. The anime is available in both subbed and dubbed episodes. The first season ran for 12 episodes throughout the Winter 2020 anime season. But so far, the episode details for Bofuri Season 2 are yet to be announced.

The synopsis of the story follows the life of Kaede, who is invited by Risa to play a virtual reality MMO game with her. Kaede doesn’t like games and hates it when she experiences any form of pain. So in the game, she creates Maple, her in-game character, and decided to put all of her points in defense.

Maple’s defenses make her move slowly, and she can not use magic. At this point, even the creatures of the woods, such as a small rabbit, get the best of her. She ended up acquiring a useful skill, “absolute defense.” This was because she kept on pumping her defenses and investing in VIT. She evolved it as far as “Counter Skill,” which works against special moves. With all her abilities customized towards nullifying damage, she goes on an adventure with her friends.

The streaming details for Bofuri Season 2 are not yet released. But since the first season streamed in Funimation, it will likely return. Crunchyroll also shared the upcoming season’s news but did not talk about any streams for the anime.

The upcoming anime production team will announce more news about the staff and voice actors for season 2. But that will likely be for the new actors as it is likely that the same staff from season 1 will return. Comic Natalie also revealed the news, and more on the team likely to return (from season 1).

The first season of Bofuri was directed by Shin Oonuma and Mirai Minato, working with Silver Link studios. Fumiko Shimo handled the series composition, Kazuya Hitara designed the characters and served as the chief animation director. The original manga began its serialization on Shosetsuka ni Naro. This means let’s become novelists, and it has an online website. This is where the novel was featured in 2016, and it is still ongoing.

Kadokawa took over the serialization of the story and released it in print novels. Koin is doing the art as of September 2017, with the project still ongoing. The manga adaptation started in Kadokawa’s Comp Ace magazine in May 2018, launched by Jiro Okimoto. For the latest updates on the anime and manga releasing this week, look at our Weekly Updates. More news on the upcoming anime announced for Spring and the rest of 2021.