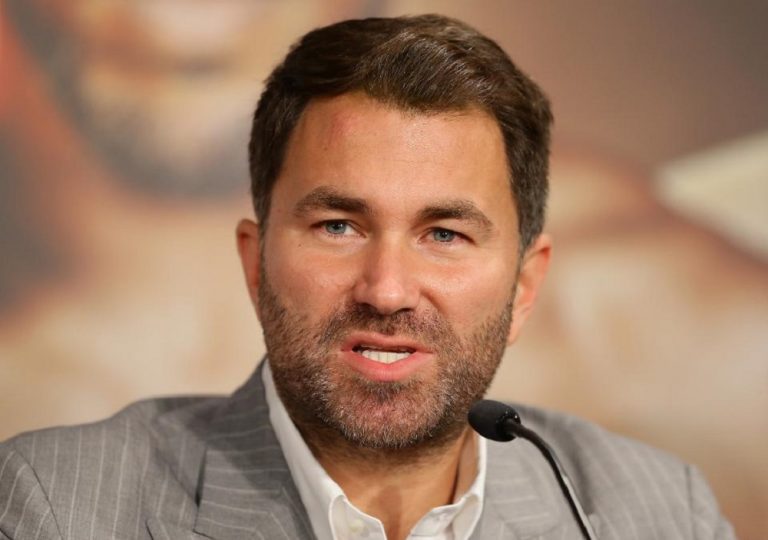 Edward John Hearn is an English sports promotor and also the current group managing director of Matchroom Sports. He is also the Director of Professional Darts Corporation.

Hearn was born on 8th June, 1979 in East London, England. He was born to Barry Hearn and Susan Hearn. His father Barry also worked as a sports promotor and is the founder of Matchroom Sports. He used to attend Brentwood School Essex. He played cricket and football at a decent level but failed his GCSEs due to which he failed to make it to sixth form. Then, he joined Havering Sixth Form College where he started studying media studies, physical education and business studies.

Hearn and Chloe got married in 2015 and they have two children named Sophia and Isabella. As his promotional job, he is also good with friends with fighters and boxers including Tony Bellew. In 2019, he won ‘Promotor of the Year’ award by WBA Awards.

After graduation, he joined his father in sports management and started representing golfers and then online poker players by promoting them. After that he started working, focusing completely on boxing. In 2018, he revealed a $1 billion boxing deal as Matchroom and DAZN signed a deal with DAZN streaming the matches across America.

He has also promoted events such as Joshua Vs Klitshcko which is said to be one of the biggest fights in the history. In 2019, he signed deals with Devin Haney and Gennady Golovkin to stream the match by DAZN in US and Sky Sports in UK. He also promoted KSI Vs Logan Paul due to which he received huge criticism with people saying that they lack experience in boxing to be promoted by Hearn.

Eddie Hearn’s net worth is estimated to be approximately around $60 million. His primary source of income has been through his profession of sports promotor. He has also participated in various events across the globe winning them. Hearn along with his family lives in a house in Billericay in Essex. There is no information available regarding any other assets he owns or his cars. For more updates, stay tuned.