In Love Island Season 8 Episode 25, Ekin-Su will take on the role of Danica’s personal love guru. She will urge her to keep going out with other boys. She might not enjoy her relationship with Davide and wish to go back. Indiyah will be spending time with Dami during this period, and they will interact sensually. Davide will continue to concentrate on his new romance. Will he find peace with Ekin-Su? Well just have to wait and watch the episode. But in episode 24, the islander received a text message about a brand-new challenge called the Heart Pumping Challenge that would take place later that day. The females took the stage first, and Danica raised the bar. Later, Davide and Charlie were both kissed by Ekin-Su.

Andrew was amazed when Tasha displayed her dance moves. Boys afterward performed. Dami was first, flaunting his physique while wearing a lab coat. While Jacques arrived dressed as a policeman to deal with Paige, Luca ramped up the heat. After Charlie flaunted his physique as a butler, Jay and Andrew lifted Indiyah and Tasha while dressed as cowboys. Davide used his cunning routine to seduce Danica. The drama has only just begun, though. After Gemma admitted she was onto Jacques, Luca was annoyed that her heart rate was higher for Jacques than for Andrew or Danica.

Before diving into Love Island Season 8 Episode 25, let’s quickly do a recap of the previous Episode. At the start of episode 24, The Heart Pumping Challenge was announced through text message to the islanders for later that day. The guys and females opted to practice separately. Danica was the first to perform that evening when the challenge began, and boy did she raise the bar! Ekin-Su followed the girls’ performance by trying to kiss both her partner Charlie Radnedge and an earlier flame named Davide Sanclimenti. Gemma Owen gave on quite the show while wearing leather, and Indiyah Polack gave Dami Hope a private performance while rocking a stunning corset and a long black wig. 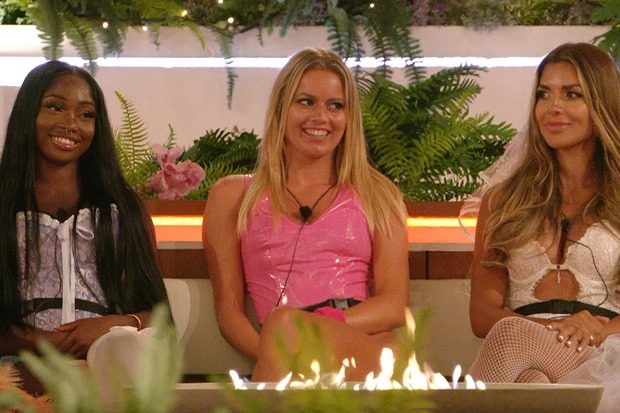 While flaunting a red swimsuit and a blonde wig, Paige Thorne stunned everyone. Not to be forgotten, however, are Antigoni Buxton in her seductive crimson robe and Barbie girl Tasha, who showed her dance skills. Dami, a scientist, took to the ground while wearing a lab coat to demonstrate to the girls what the boys could do. With his act, Luca Bish up the stakes, and Jacques O’Neill, the night’s policeman, had a case to solve with Paige. It was time for the results, and Paige and Jay announced who had succeeded in causing the most heartbeats.

Paige found out that Jacques’s heart rate had increased the most for his ex-girlfriend Gemma, and when she questioned him about it, he described Paige’s response as “pathetic” – ouch! It wasn’t what any of the islanders wanted to hear, though. Danica was the one who was getting Andrew the most thrilled, which was odd given that Tasha had just admitted to liking him. The fact that Gemma’s heart rate was at its peak for Jacques made Luca unhappy as well. It appears like there may be more drama in store for the islanders given that a recoupling is scheduled to occur on Wednesday night’s episode. Now we will discuss when will Episode 25 of Love Island Season 8 will release and what will happen in it. 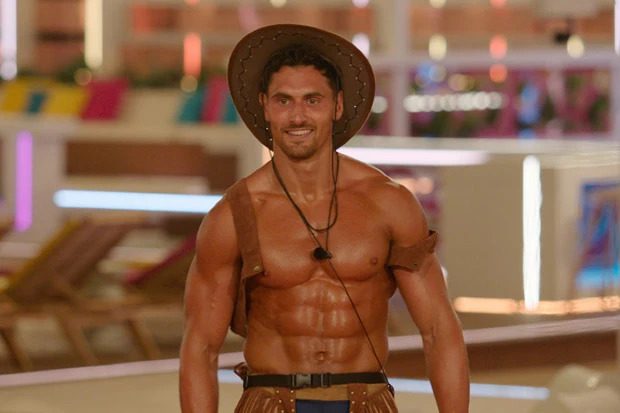 Love Island Season 8 Episode 25 will release on 1 July 2022 on ITV2. As we all know new episodes are released every day except Saturday, so episode 25 will be available on Thursday.

The fact that Gemma’s heart rate was at its peak during Jacques’ performance will make Luca angry. He will therefore talk to Jacques and ask about dating Gemma. She won’t like it, though, and will feel fooled. However, Luca will make an effort to win her heart back. Danica will keep seeing Davide, though. She might appreciate Davide’s efforts as he is the only boy who pays her attention and spends time with her.

However, Antigoni will be angry about this. Ekin-Su will continue to cause problems because she claimed to still feel affection for Davide. The islanders will now face another obstacle in Episode 25 that will put them on the edge.

Episode 25 of Love Island Season 8 will air at 9 pm GMT on ITV2. You can just watch the show at the specified time if you have the ITV2 channel on your cable. However, there are streaming choices available if you missed Love Island S8 E25 while it was airing on television for whatever reason or you normally prefer to watch Love Island. The original streaming service for the show will be ITVhub+. However, you must wait until the next day, once episode 25 has finished airing on TV live, to stream it. The episode is available without a membership for free, but you will have to see advertisements. You could also watch the episode without advertisements, but you would then need to pay for its subscription.