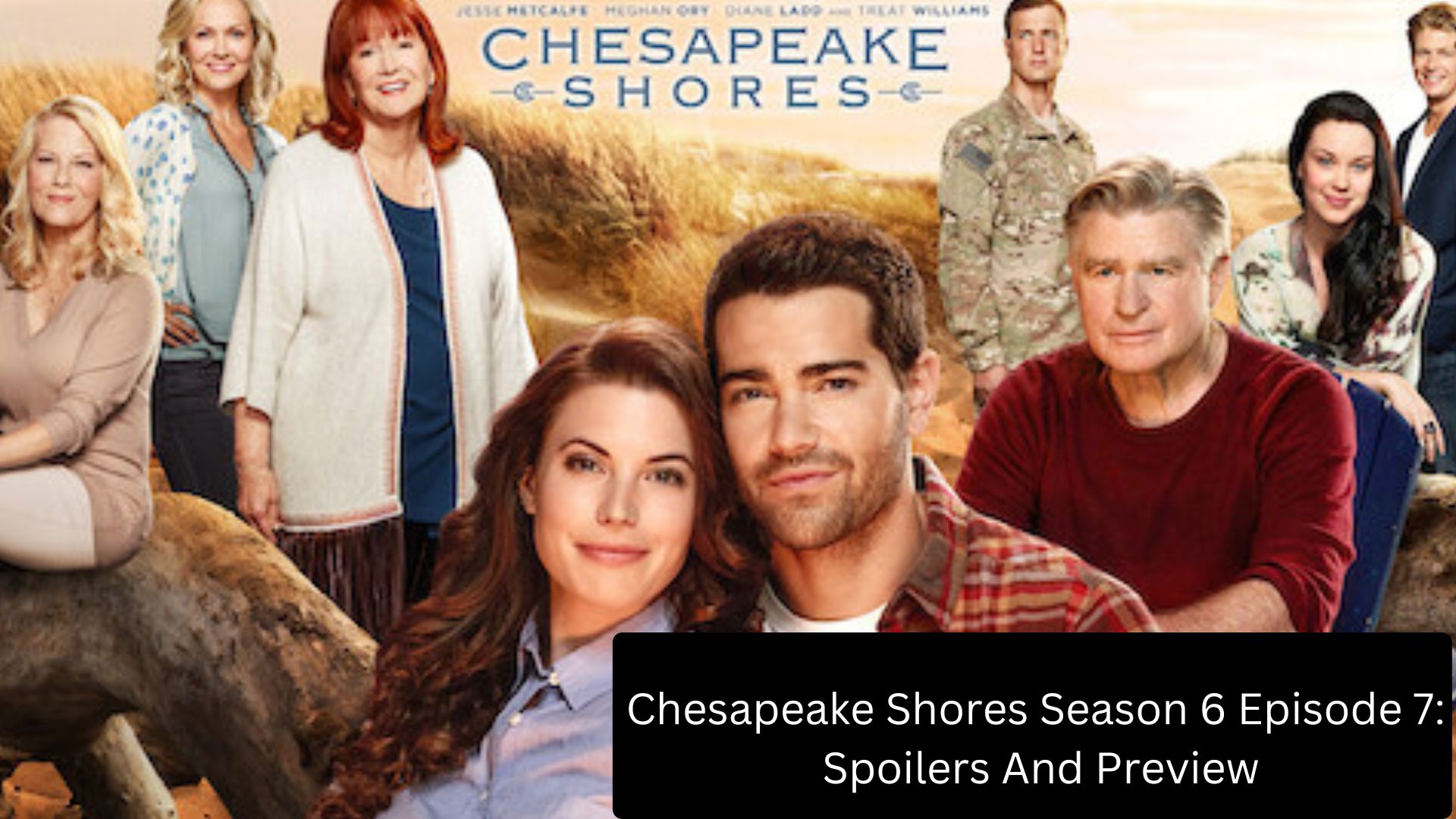 The drama television series, Chesapeake Shores is currently airing its sixth season. And we must say the show is getting more dramatic with each new episode that gets aired. We are definitely expecting more twists and turns in the upcoming episodes since we are quite near the end of this season.

In the last episode, we saw Mick going down a dangerous path due to this denial about his addiction. It was sad to see him losing his control over a small thing. But, it is that small thing that might help him solve some big issues in his life. He attends an NA meeting and talks about what happened to him and even if it doesn’t seem much, we all know how difficult it must have been for him.

After all, talking about what is wrong is the first step to fixing whatever is wrong. We have been with these people for so long, it’s normal we feel all the feelings for them. Whether it was Mick talking about his problem or all the girls trying hard to do something good, this episode was emotional for us to watch.

The sixth episode, Straighten Up And Fly Right aired on 18th September. It followed various issues that were troubling the O’Briens. While Mick was fixed on his denial about his addiction before he slipped, Margaret passed the bar. Also, Bree is trying to mend things between her and Luke. Maybe life is all about trying and giving your best even when you are not certain of the outcome. In case you missed out on any previous episodes, here’s a quick recap for you. In the first episode, The Best Is Yet To Come, the O’Brien family came back together after Connor’s heart attack, stronger than before. Jess and David deal with the media after Dennis goes on the run, but we are starting to believe that Dennis is really innocent. Everybody also learned who Abby had called.

In the second episode, Abby planned a second date with Evan. Meanwhile, Deidre visited the B&B with Alexandra Peck to escape all the negative media attention. Megan is unsure if she should stay and help or work in Los Angeles while Connor recovers. Mick also goes castless, and we see him losing his control.

Later, Abby and Evan participate in a scavenger hunt but don’t be deluded. It’s not their third date. Mick and Megan talk about past relationships, but Mick is still lying to her about the pills. They finally end up having the “they weren’t you” talk, and that might be the start of something for these two. Connor breaks out to return to his own apartment after he has had enough of people around him.

In the fourth episode, “That’s All There Is To That”, the fog starts to clear up. Mick’s life is getting affected due to his pill addiction, so O’Brien’s family teams up to stage an intervention. However, like every other person who thinks they have no problem, Mick reacts harshly. He claims he is fine and insists everyone leave him alone. Sarah and Kevin come with news to Connor, and Margaret’s law firm struggles to get by. The fifth episode, L-O-V-E aired on 11th September. In the episode, a fortune-telling machine sprouts truth that makes the O’Brien couples uncomfortable. Bree thinks Luke fixed the machine, which for some reason, is considered cute by Jess. Luke and Bree try to talk, but it’s difficult when Luke can’t seem to stop himself from walking away whenever things get heavy.

Chesapeake Shores Season 6 Episode 7, It’s Not For Me To Say, will air this Sunday, 25th September 2022. Kevin will learn something new while David questions his own thoughts and beliefs. Bree will discover Luke shares a birthday with her, so we are quite eager to see how that goes down for these two. Kevin will also learn the gender of the baby, and David will confront his father at last.

Chesapeake Shores: Where To Watch

Fans can watch Chesapeake Shores every Sunday at 8/7c, on Hallmark Channel. It is also available for streaming on Amazon Prime Video. The first episode of Chesapeake Shores Season 6 aired on 14th August, and it is expected to end on 16th October 2022, with its tenth episode.

Also Read: Why Did Hallmark Cancel Home And Family? Everything to Know