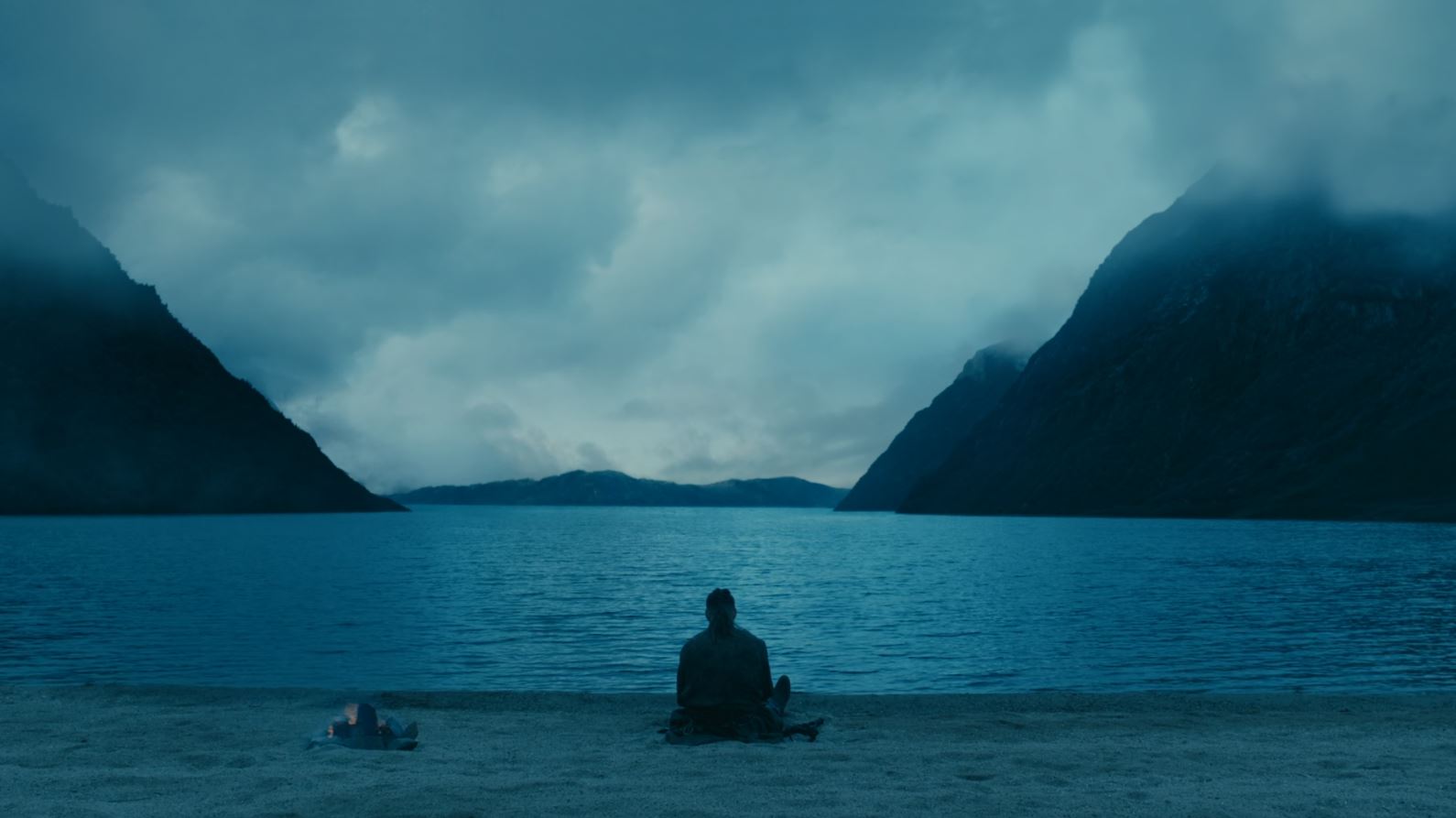 The last episode of the Vikings titled “All at sea” provided us viewers with a good resolution to two key storylines. We finally saw an end to the election storyline in Kattegat as Erich backs Harald to marry Ingrid. But things take a turn as Gunnhild decides not to marry him as she decides to end her life. On the other hand, the Rus storyline has an eerie end as Oleg seemed to have gone crazy with his delusions. And was struck down by an arrow shot by Prince Igor. Oleg was finally dethroned, and peace was back in Kiev. Now in search of a new purpose, Ivar and Hvitserk head back to Kattegat. They had broken their ties as only some time ago they had attacked the land with foreign invaders. But now arrive to see a laid back town with people happily living their lives.

As the Lothbrok sons – Ivar and Hvitserk head back to Kattegat, they are prepared to be at the mercy of whoever was the ruler then. But arrive to see that Harald was the new King. Having the reputation of being the sons of Ragnar Lothbrok has its benefits as they are somewhat protected. Not so long ago, they had tried invading Kattegat with a foreign army and were responsible for the death of many people. Even after knowing the hate they generated, the brothers take the risky decision to come back. They remain cautiously respectful towards Harold, who Ivar last saw as a prisoner to the Rus. Between their conversations, Ivar brings up Harold’s brother, Halfdan. Ivar tries to implicate that they should be forgiven, considering how Harald dealt with his own brother.

Harald sees the brothers as an opportunity to gain support within Kattegat. So, he decides to let them say and leans forward, proposing a feast for their arrival. 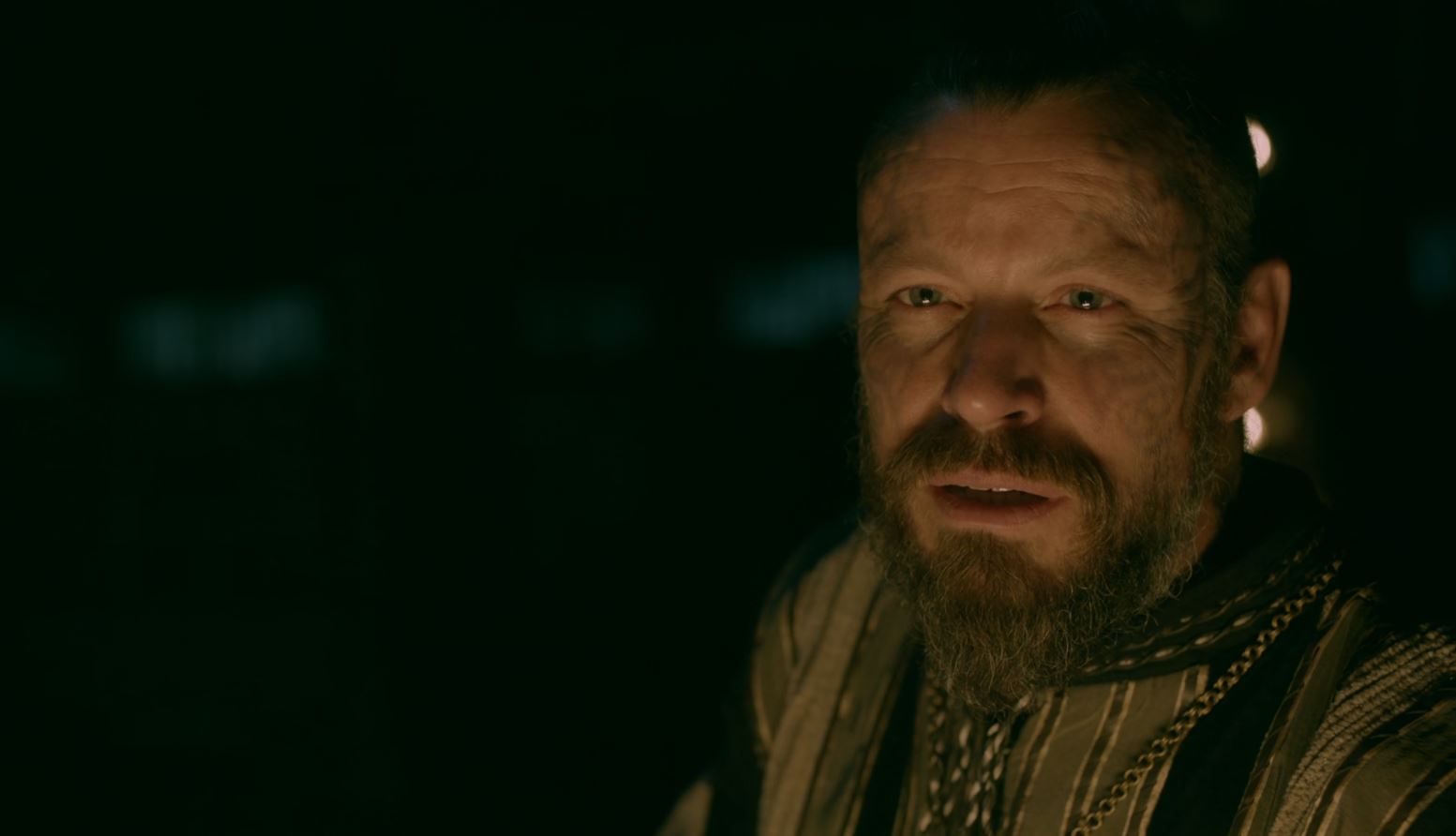 Harald shares his pain with Ivar.

Harald is taken aback by the conversation he has with Ivar about his brother Halfdan as he reflects on his actions. The two drink in front of a fire as they share their thoughts on the throne, love, and ambitions. Harald reveals how he pursued the throne for so long, and now that he finally had it, it was not up to his expectations. He had no plan as to what to do after he started ruling and realises how boring it was. Harald realises why Ivar acted the way he did when he was King. The throne gave a power that made them crazy into making actions that could only be regretted later.

Harald is devastated in his love life, too, as Gunnhild, the woman he loved, chose to die than marry him. In contrast, Ingrid, who did marry him, does not love him. Harald had become quite depressed who is comforted by the kindred words of Ivar. 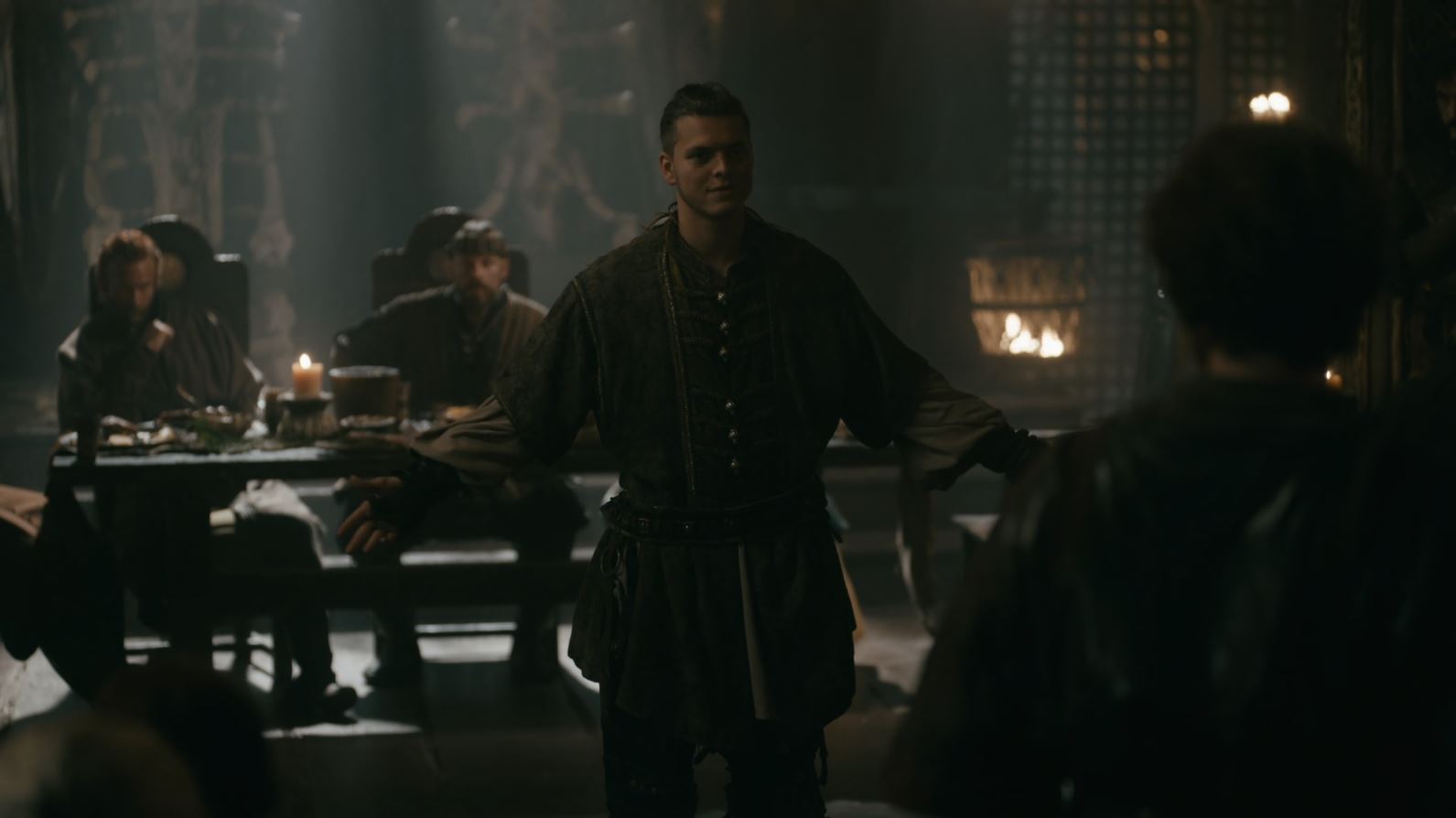 Ivar tries standing on his own two feet.

Knowing that the people of Kattegat did not like Ivar and Hvitserk, Harald tries to pursue them. He wants them around, thus tries to recontextualize what Ivar did. When Ivar was the King, he acted like a delusional tyrant who acted like a God. He betrayed them and joined foreign forces to try and invade Kattegat leading to the death of many. Harald reiterates how he himself was a bad person considering how he killed his own brother and now regrets it. He asks the people to forgive the brothers as they had come back home to their birthplace. The people having doubts about them are soon pursued as Ivar demonstrates his vulnerability. He was no God as he could not even stand on his own two feet and falls face-first to the ground. The people rejoice as they yet again underestimate Ivar on him being a cripple.

Read: 20 Facts About “The Promised Neverland” You Should Know

Ivar and Hvitserk, having finally reclaimed a life in their home, realise that this isn’t the life they wanted. There was no place to grow as they had no purpose and stayed quite bleak. Ingrid had pointed out to them that they were ambitious men who couldn’t stay put. If they remained in close quarters for too long with nothing to do, they would be forced to fight one another, causing a dispute. A sense of no purpose was a new feeling to Ivar, so he struggled with his decisions. Seer reminds him of the ever-important words that Ragnar Lothbrok left him with before his death. Ivar was always looked down upon, so he should strive forward using his intelligence and anger. Anger must be the driving force as he must be ruthless and become the most famous Viking of them all. 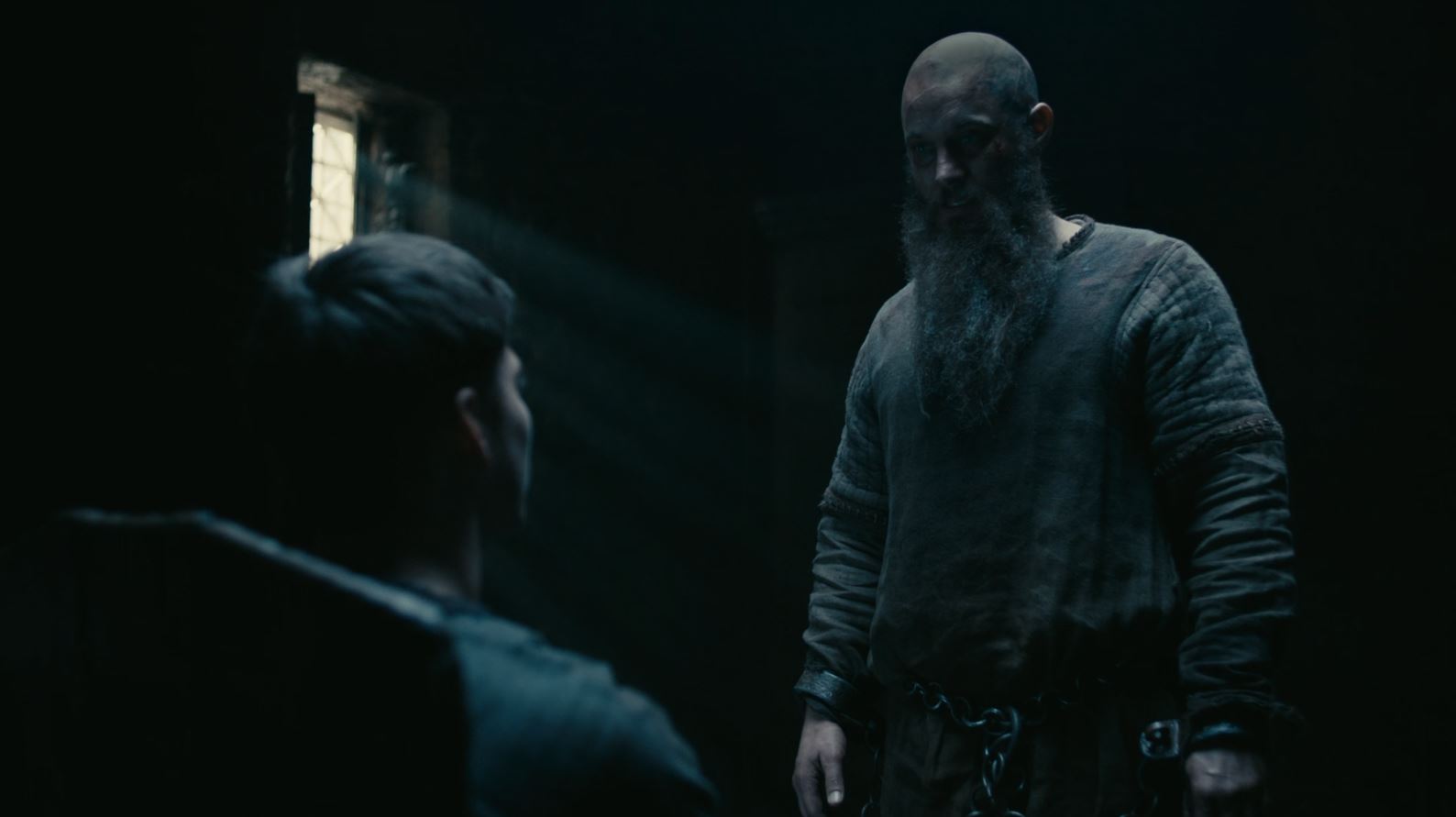 Ivar is reminded of his father.

He decides that he must return to the place where his father, Ragnar, died. And finish off the conquest that no other Viking could complete.

As Ivar looks around the town, he sees people spending their days eating, drinking, and gambling. This infuriated Ivar as he believed that Vikings must take what they can. And if in the process they were to die, then they dine with the Gods in Valhalla. Vikings must live a life of honour and glory as they cut down Christian faith than waste away in their life of comfort. Harald signs into the idea as he agrees to go to England to conquer Wessex. We see contrast to how people respond to Harald’s politically driven and Ivar’s religiously driven speeches. As the people were bedazzled by Ivar’s speech chanting “Hail Ivar.” Harald notices this surge in support of Ivar and sees him as a possible threat. 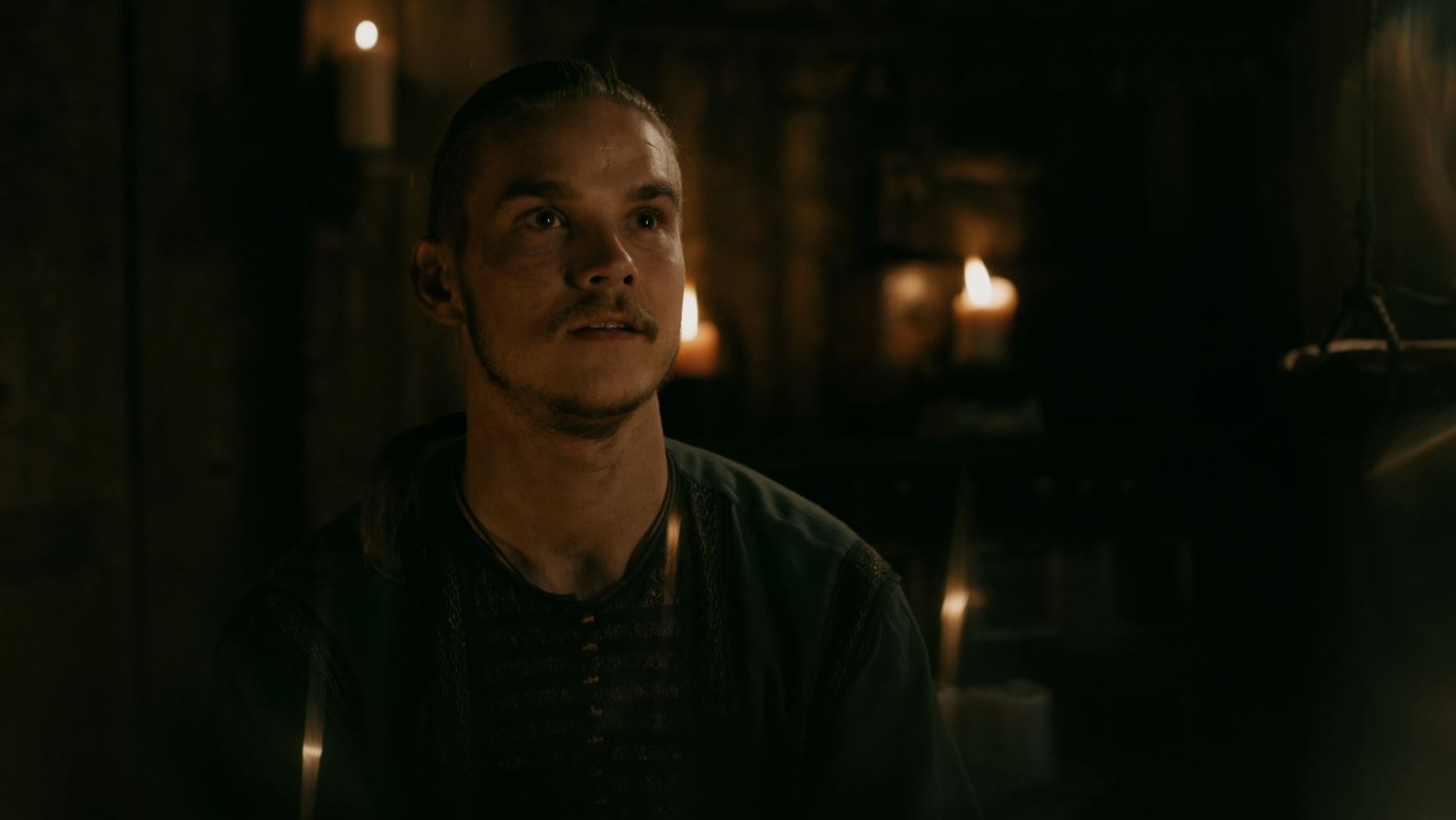 Hvitserk, who was in internal turmoil, goes to visit Bjorn’s grave. In his eyes, Hvitserk views Bjorn as the perfect Viking and a true embodiment of what a son of Ragnar Lothbrok must be like. Hvitserk compares his own life and legacy to that of Bjorn and falls way short. The rest of his brothers have goals, ambitions, and failures, while he seemed to be floating around following others in their journeys. He had even fallen into the pits of drunkenness as depression had got him grasping at straws to survive. But seeing Bjorn’s life, we still believe that there is hope for Hvitserk to redeem himself. He later sleeps with Idun, “Goddess blessed with Eternal Youth,” The next day finds her missing as he starts crying in the rain.

We follow up with Ubbe and the voyagers in their search for the Golden Land. Previously we see how a storm was a sort of blessing as it provided them water to drink. But now they had no water, and the situation was horrible. Their whole sequence seems to be like a way to portray Ubbe’s faith being tested. Ubbe deeply believed that Gods were with him, and it was his mission to find the Golden Land. But now, the people were dying as there was no sign of land, and they had limited resources to go by. Everyone was desperate as the water was running low, and they had to share it properly. It was only a matter of time before infighting began on the boat, and it was Ubbe himself who was fuelled with his worry for his son who may not survive the journey. 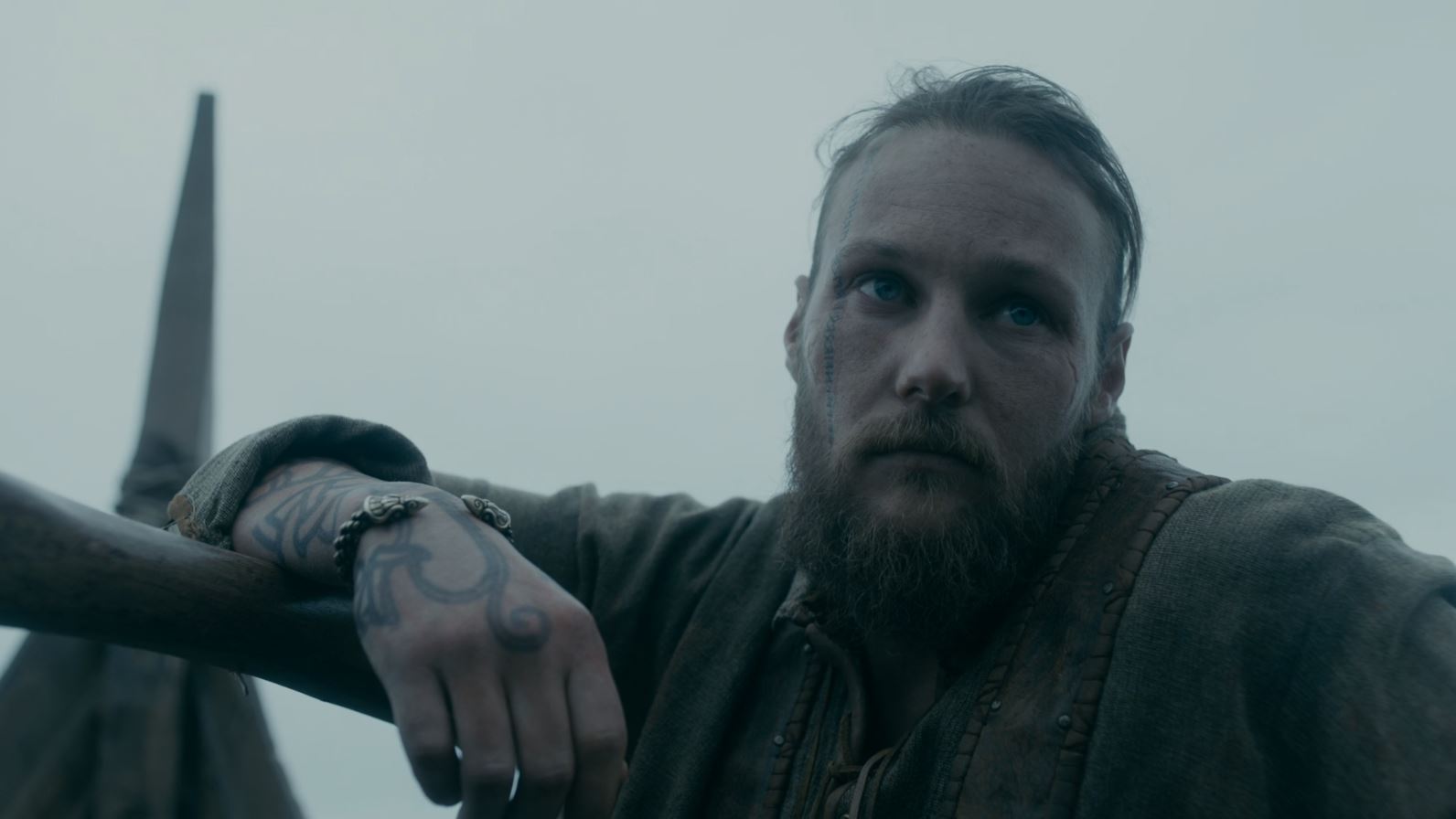 With no food and built-up frustration due to Othere’s lies, Ubbe cracks as they attack Othere. But is soon stopped by Torvi, who was the only one level-headed in the boat as she tries to keep infighting at bay and everything afloat.

Vikings Season 6 Episode 16, titled “The Final Straw,” is truly one of the most underrated episodes of the season as it brings a lot out of the characters giving us new storylines to follow. And the characters themselves are fuelled up with new ambitions and outlook, which will be interesting to watch over. In the future, the show will follow up with Ivar, Hvitserk, and Harald as they head to England to conquer Wessex. At the same time, it is only a matter of time before Ubbe and the crew find the true Golden Land. We are finally coming to the end of many journeys as we are about to witness the end of a great saga of Vikings.