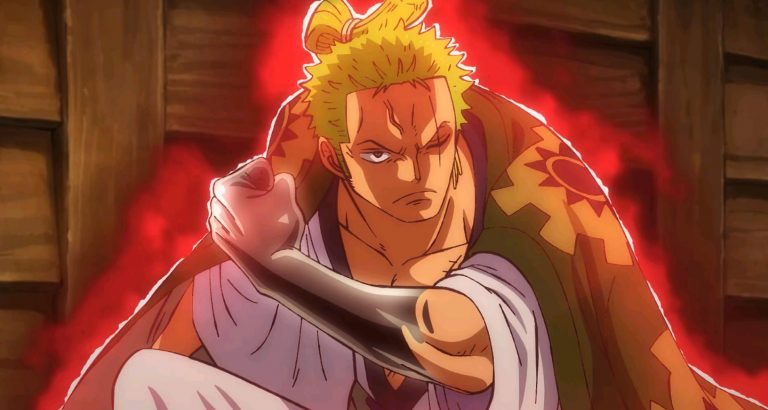 One Piece anime is at its peak and producing its best content since the start of Wano Kuni arc. In this post, I am going to give you all the information regarding One Piece episode 922. Before we begin, please note this post may contain official spoilers from the previous episode, that is One Piece episode 921 and the next episode 922. If being spoiled is not for you, I suggest that you stop reading the post here. However, if spoilers don’t bother you, we can get started. Also, note that we did not create the spoilers or leak them.

Komurasaki was at last introduced in the previous One Piece episode and she looked even prettier than the manga. We saw how she has been robbing the rich people of Wano by giving them false hope of marrying them. Meanwhile, Sanji is about to face X Drake and Page One. They are one of the two fiercest headliners of Kaidou.

What is One Piece Episode 922 Release Date and Time?

One Piece Episode 922 is titled ‘A Tale of Chivalry! Zoro and Tonoyasu’s Little Trip!’. This new episode 922 of One Piece will be released on 16. You can watch this episode in Japan at 9:30 am JST.

In this new One Piece episode, we are going to witness some anime exclusive content related to Zoro and Tonoyasu. It seems that two of them are getting along in a manner only Zoro knows but again like always Zoro gets into trouble. Thus, they have to negotiate the situation. Also, Kyoshiro family is the one that Zoro has this time picked a fight against which is about negative point for him and Tonoyasu. Nonetheless, I hope the episode is going to be an excellent one.

Where to Watch One Piece Episode 922?

You all can watch One Piece episode 922 ‘A Tale of Chivalry! Zoro and Tonoyasu’s Little Trip!’ on Fuji TV, Japan at 9:30 am JST. Furthermore, Funimation, Crunchyroll, Hulu, Animelab cab be used to stream One Piece anime online as well.