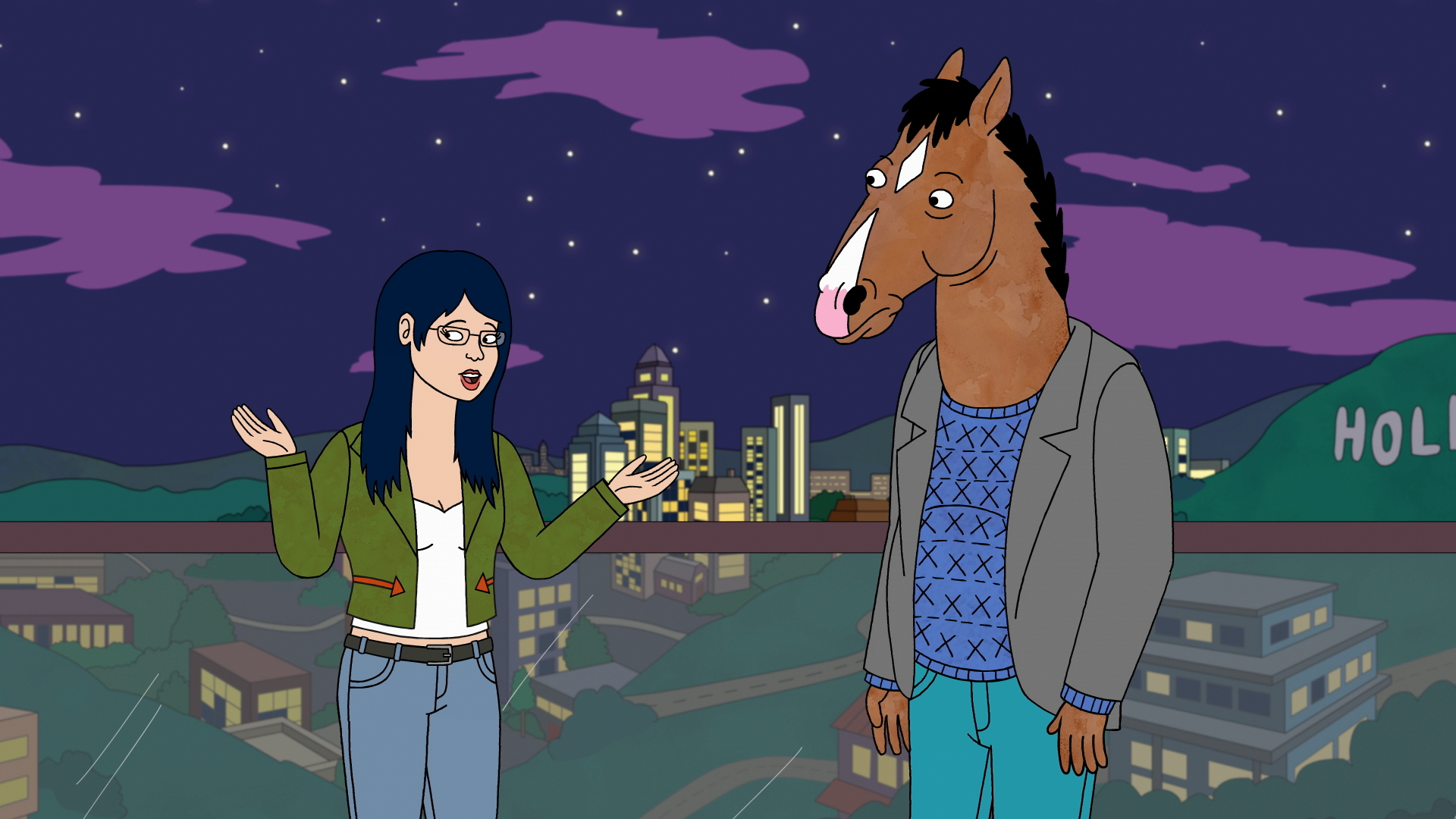 Netflix is known for producing and making good series with promising stories and solid characters. So the company also produces a good amount of animated series for fans of cartoons and animation in general.IN this article you will get to know about some of the best-animated series which are available to stream on Netflix.

What can be said about this show os less, this some of the best content that Netflix has to offer across all genres over the platform. The series is created by Raphael Bob-Waksberg and features some stellar voice cast lead by Will Arnett who voiced BoJack, Aaron Paul, Alison Brie among many others. The series ranges from different genres like black comedy, Surreal comedy, a tragic comedy that can be watched in any mood. The series tells the story of BoJack an anthropomorphic horse who was a promising celebrity in the 90s era and now his career has taken a break. Now He plans to make a comeback with his autobiography written by a ghostwriter. It deals with various daily life problems and crisis like trauma, depression etc.

Castlevania raised the bar high for the video game based content, this Netflix original is based on a classic video game of the same name. The series is created by Adi Shankar and follows Trevor Belmont who fights up against Dracula’s forces, aided by the magician Sypha Belnades and Dracula’s dhampir son Alucard. By looking at the first shot from the series you will get to know that it is beautifully animated. Usually, it is regarded as an anime among the fans of its games but it an American series. The best part about this is that it only has 4 to 6 episodes per season and its easy to binge the series and if you haven’t watched it, then what are you waiting for?

This semi-autobiographical animated sitcom is available on Netflix and is among the best-animated shows that are available on the streaming service. The show is about middle schoolers going through puberty and what they are experiencing are showcased with their hormones. Nobody thought that the show will be that good and currently there are 3 seasons available of this show. Big Mouth, the animated show is based on the experiences of creators Nick Kroll and Andrew Goldberg. It draws a thin line between puberty and the problems regarding adolescence. This is one of the most absurd shows that deals with middle school rather than high school.

Love Death + Robots is an American animated anthology series Created by Tim miller ( known for Deadpool ) and David Fincher ( known for fight club and seven ); it is re-imagining of another very famous film heavy metal. Each episode tells a different story with different characters and settings. It is one of the best-animated shows of all time. My favourite episode from the show is shape-shifters, the animation and production quality is top-notch in the show. It is highly rated by critics and fans alike. Grace and Winstead, appearing in live-action roles, rather than animated. In June 2019, Netflix renewed the series for a second season.

Matt Groening, the name is enough for series to be a hit. This series is also created by him who previously have made The Simpsons and Futurama which also resides in my list of all-time favourite animated series. This time he made the series exclusively for Netflix and I somewhat become a fan of this series and this inspired me to watch Simpsons, earlier I have only watched futurama. Set in the fantasy kingdom of Dreamland, the series follows the story of Bean, a rebellious and alcoholic princess, her naive elf companion Elfo, and her destructive “personal demon” Luci. Only 2 seasons are available till now but more to come in 2021.

Final space is a tribute to good old space operas in a style of its own that remains original. I watched it as a substitute to Rick and Morty but later on, hooked to it as it does wonderful things to the space opera genre, The series has an interesting premise that features Gary Godspeed, an astronaut and an alien named Mooncake travels across space in order to solve mysteries around space and the word Final Space. Currently there only 2 seasons of his show, but Netflix has made an announcement that a 3rd season is on its way and ill releases in early 2021.

It is an animated sitcom that centres around a dysfunctional suburban Irish-American family and is set in the early-mid 1970s. It features a star-studded voice cast which includes Bill Burr, Laura Dern, Justin Long, and Sam Rockwell. It can be easily compared to other animated sitcoms like American dad! and Family guy which are also good after you have finished the show. I accidentally get to know about this show when I was scrolling through my youtube feed and then watched its trailer and rest is history. I binged the show and now it’s in my list of recommendations

The Midnight Gospel is a show which is created by adventure time creator which already a hit show among cartoon fans. It was just released recently in April and risen among ranks as a top animated series for the streaming service. The show is set in a mystical and puter dimensional world named The Chromatic Ribbon, a caster named Clancy who has a multiverse simulator of its own and travels around to interview various residents of different dimensions and planets. The show is based on The Duncan Trussell Family Hour podcast and draws heavily from this podcast.

Canon busters is an animated series that will give you 90s anime vibe like Cowboy Beebop; its main protagonist Philly, The Kid, is an outlaw with gin slinging skills like cash the stampede from the anime Trigun. It is based on the comic book of the same name by LeSean Thomas. It has low scores on MAL but is one hell of a ride to watch this anime do watch it if you like anime like Cowboy Beebop.

Hilda is a Netflix Original that can be watched by all ages and is pretty enjoyable. It got its world premiere at New York international children film fest and later got picked up by Netflix for worldwide release and since its release, it got both critical and fan’s acclaim. It is based on a series of graphic novels. It follows our protagonist named Hilda who is a small girl and her adventures around the forest.