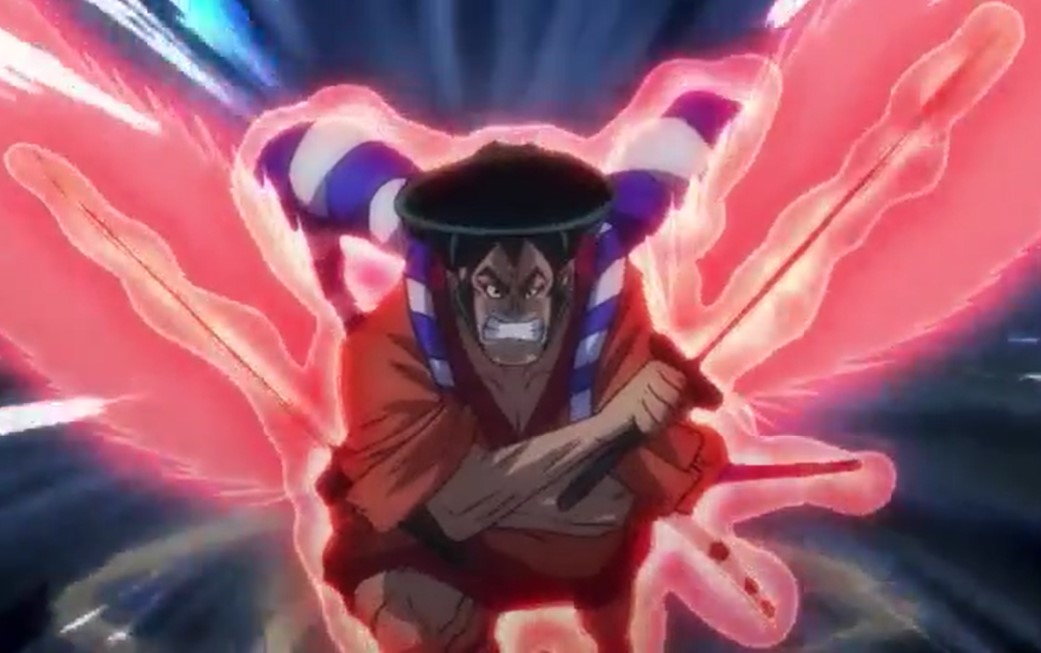 Forty-one years ago, a man created trouble in the Land of Wano named Kozuki Oden. His followers came together, and Oden steeped into the lawless land, Kuri. Oden encounters Shintenmaru’s subordinates, who asks him if he is Oden Kozku. Oden replies that he has been disavowed and he no longer has a name. Shintenmaru comments that anyone can enter, but those who try to leave will be killed especially, samurai.

Shintenmaru’s allies laugh at Oden as he moves forward with a sword in both of his hands. Oden told them that it is forbidden for someone to live in a place like this. Shintenmaru comments that Oden will never get out of here alive. Oden said he lives by his own rules. Shintenmaru gets angry and said he is the one who makes rules here. He told his army to cut Oden. Shentenmaru’s army charged at Oden.

One Piece Episode 963 will be released on Sunday, 14 February 2021, at 9:30 AM JST. More info about One Piece is accessible on Crunchyroll, Funimation, and Netflix. Let’s take a look at who will conquer Kuri between Oden and Shintemaru. 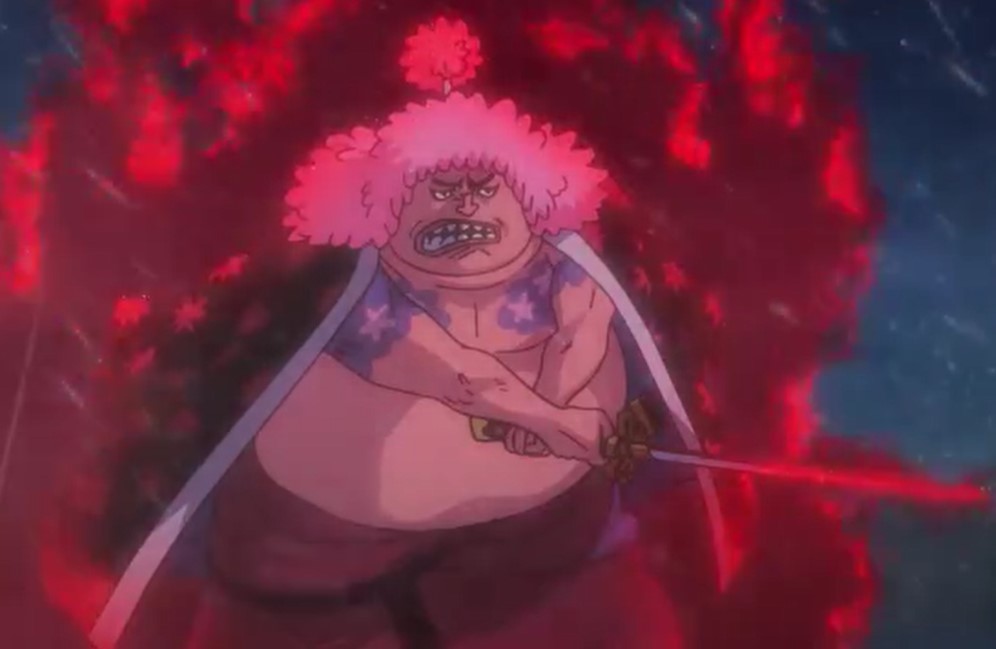 Previously on One Piece Episode 962

Oden allowed the energy of Haki to flow on his two swords, and he jumps up. When he lands on the ground, the army of samurai got sent flying without being touched. Oden clashes his sword with Shintemaru, and they both cancel each other’s attack. Oden asks if Shintemaru is the boss. Shintemaru agrees and said he would kill Oden, who said he could try doing that. While Kinemon, Kanjuro, Raizo, and Danjiro are looking for Oden as the rain started pouring.

They reach Kuri and find that the gate has been sliced, and Kenomon realizes that it is Oden’s doing. Oden and Shintenmaru continue to exchange powerful slashes. Shintemanrau comments that a pampered fool who grew up in the capital will never understand what it feels like to live in hell. Oden asks if he just wanted to say that, and they both send each other flying. Shintemaru flamed his blade with his powers and said he would kill Oden.

Oden told him to stop barking in a small yard like this. As Shintemaru charges, Oden unleashes Two Sword Style: Samurai Great Spirit. The two-pass through each other, and after the explosions, they were both in different places. Shintenmaru looks back, and at the gate, Kinemon just saw a flash of lightning striking at the edge of a hill. When Kinemon, Kanjuro, Danjuro, and Raizo reach the scene, they find a hundred samurai lying on the ground.

Everything is destroyed, and Kinemon cannot believe his eyes. They just heard a voice telling them that ”’Sorry, I’ve just finished it all, it took me a whole day.” When the smoke clears, they saw Oden sitting on top of Shntenmaru, lying on the ground. Shintenmaru asks Oden why can’t he kill him. Kinemon cannot believe that Oden has taken down the famous Ashra Doji. Oden asked Kinemon and others if they still love him.

Oden asks them to help him with their wisdom and strength since he has decided to head up helpless scum. He reveals that he is the new king of Shintenmaru and his army. Meanwhile, at the Flower Capital, the Shogun receives a report that Oden has conquered Kuri. The news spread all over the capital, and everyone is happy since Kuri was lawless. Oden’s father, Yasue, and other powerful guys are impressed since Oden singlehandedly defeated the enemy. 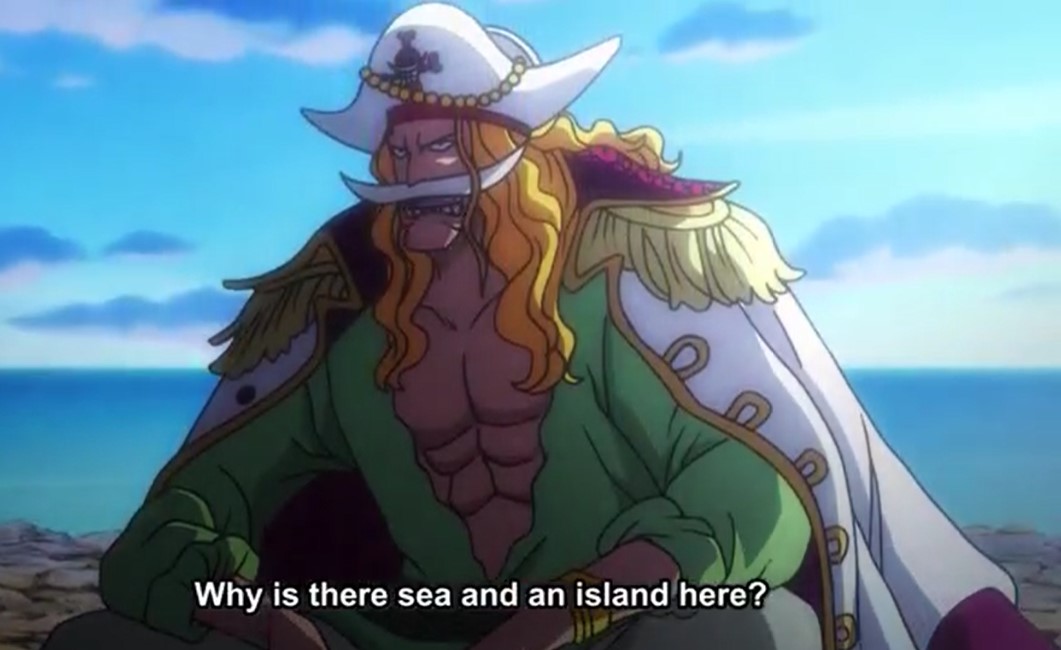 After conquering Kuri, Oden turned the wild land into a habitable place. He became a good friend with Shintenmaru, and they enjoy drinking booze and partying together. In reaction to this accomplishment, Kozuki Sukiyaki, the Shogun, dropped Oden’s disavowal. He gave his son the title of the Daimyo of Kuri. Everyone in the capital started to admire Oden. Tsuru is glad that Kinemon has taken the right path and he no longer a thief.

Shintenmaru thanks Oden; since he has it is for the first time, he is witnessing peace in his life. Oden told his crew that he wants them to become his samurai. Six years later, 33 years before the present day. Somewhere across the world, the remnants of the disbanded legendary Rocks Pirates formed a new crew. They extended their influence and became infamous. While Oden saw some punks bullying three minks, and he saved them. He went with the minks, and Kinemon asks who those three are.

Oden comments that they have just followed him. The first one reveals that he is Dogstorm, Cat Viper, and the last one is Kawamatsu. Kenemon comments that it is for the first time for him to see an animal talking. Kawamatsu reveals the incident that happened to his mother, who died while trying to protect him. No humans have accepted them except for Oden since they are Fishman.

Three years later, Oden heard that his father is ill and head to the capital. The citizens at that capital are surprised how Oden’s samurai has gotten strong over three years. At the same time, Whitebeard’s ship crashes at Itachi Port. He comments that there is a village around they will have to go there. Whitebeard told his crew that they would be staying around when they finish preparing the ship.

Find more about Oden on this link here: One Piece Episode 962.