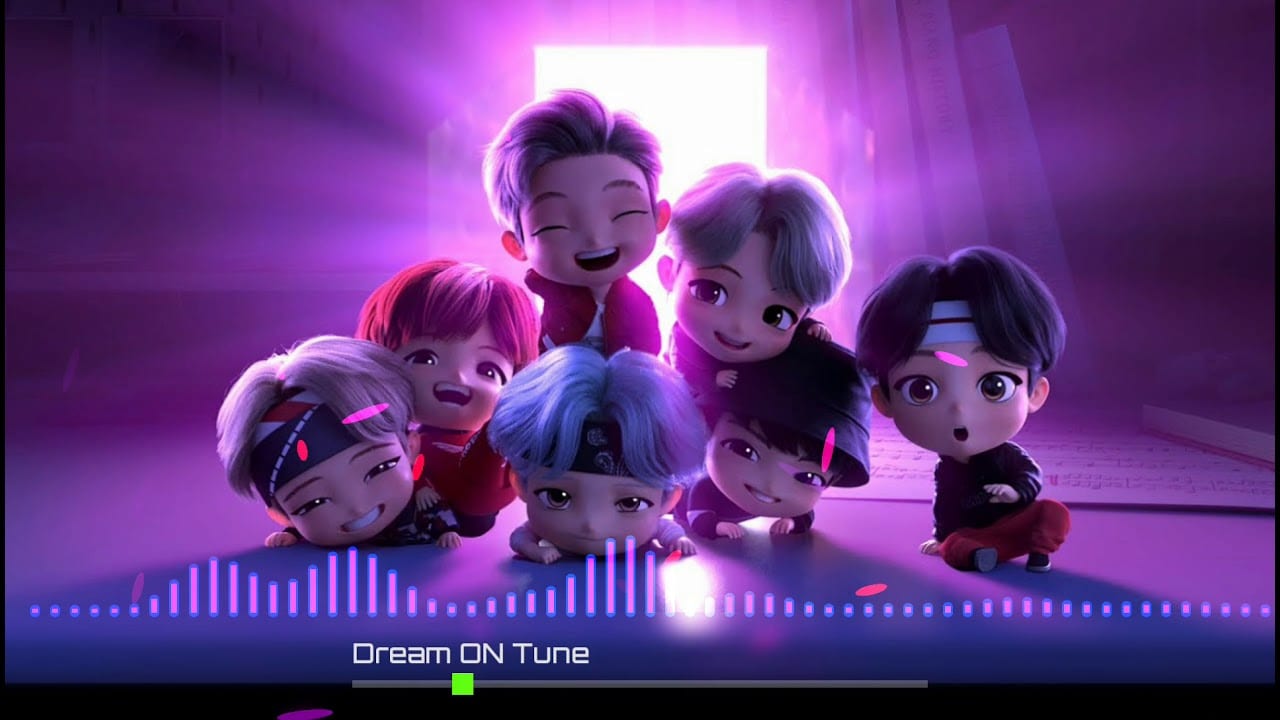 BigHit Entertainment made sure to deliver Armys with new content the other day. BTS’s animated character figure, tinyTAN, appeared in anew music video. And Undoubtedly, it is the cutest thing we have ever seen. The tinyTAN-Dream On was uploaded on Youtube on January 15, 2021. And it immediately attracted all the BTS fans. Moreover, this time the cute tiny BTS characters covered the beautiful song 00:00 (Zero O Clock).

TinyTan is a group of little figurines created by BTS members. They look like them and also possess the same characteristics in the visual sketches. Just like BT21, tinyTAN is another project, BTS members have given birth to. The septet has designed tinyTAN by themselves, and each of them is created with different personalities, which take after the seven members of BTS. However, tinyTAN is no less than BANGTAN. Both of the groupings make Army smile no matter what. 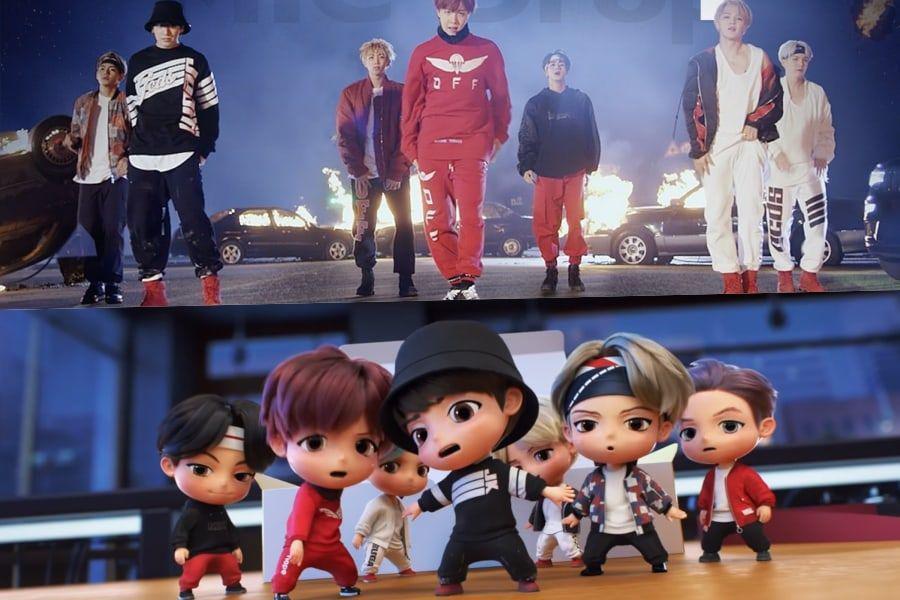 This is not their first video, though. The tinyTAN has previously made videos on BTS songs such as MIC DROP and a little teaser video on IDOL. And every video is a perfect example of how BTS sees the Army and what their fans meant to them.

The newest video is trending all over the internet, with BTS fans awing over the tinTAn. So, go ahead and make sure to watch the new video by yourself.

The recent video by tinyTAN reflects the story of a girl (ARMY) who represent all the fans. As the video starts, we see her tired and soon arriving home after a tiring day outside. However, the moment she steps on the bed, she seems stressed, alone, and sad. We even see the beautiful ARMY cry. But, after a few seconds, the tinyTAN appears with light and magic and energy and take her away with them.

The new video by the K-POP stars is titled “Dream On” – made for the sole purpose of spreading love, happiness, and hope. The video is emotional; It will tear you up, but it also makes you smile. That’s the beauty of it. At the end of the video, a little message appears on the screen. It says, “When this song ends, May you be a little happier.” Indeed, it made the fans happier.

Moreover, the video also featured the lonely whale from BTS’s song “Whalien 52.” An image of the whale was printed on Army’s t-shirt to represent the loneliness in her life. But, the moment BTS miniatures arrive, even the Whale starts to groove. Also, this time tinyTAN made us happy by dancing to “00:00 (Zero O Clock)”- a beautiful song from the Vocal line of BTS. 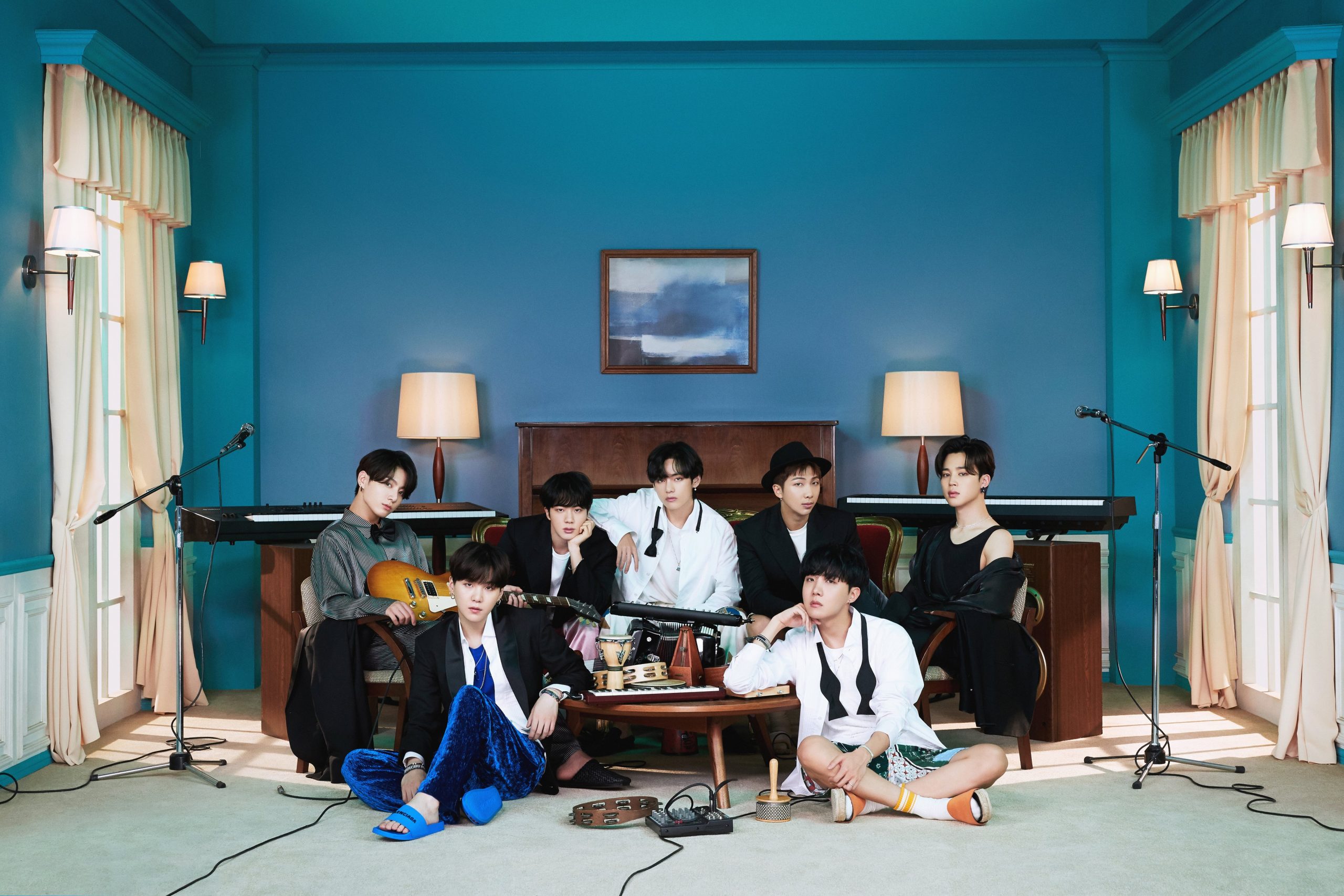 The tinyTAN characters indeed take after their respective parent. At the end of the video, we saw Jungkook and Taehyung getting emotional because they had to bid goodbye to the ARMY. Whereas, Namjoon (RM) was busy making ARMY smile with his iconic dimple smile and a little wink. In short, it was a clear image of how an ARMY feels because of the love they receive from the seven members.

You can enjoy the video down below.

There is no surprise that the ARMY is the best fandom. However, it wouldn’t be wrong to say that BTS members do not leave any chance to prove why they are the best. From youngsters to the older generation, everyone enjoys their music. And it may come as a shock, but their fans majorly belong to the elder category.

From donations to frequent interaction with the fans to drafting beautiful lyrics for them, BTS always gives an enormous amount of love to their fans. Previously during their “Map of the Soul ON E” concert, Jimin cried as he could not meet and see fans in the concert stadium. Meanwhile, in another video, Jungkook was getting sad and teary as he misses performing on stage and meeting ARMY after the concerts. 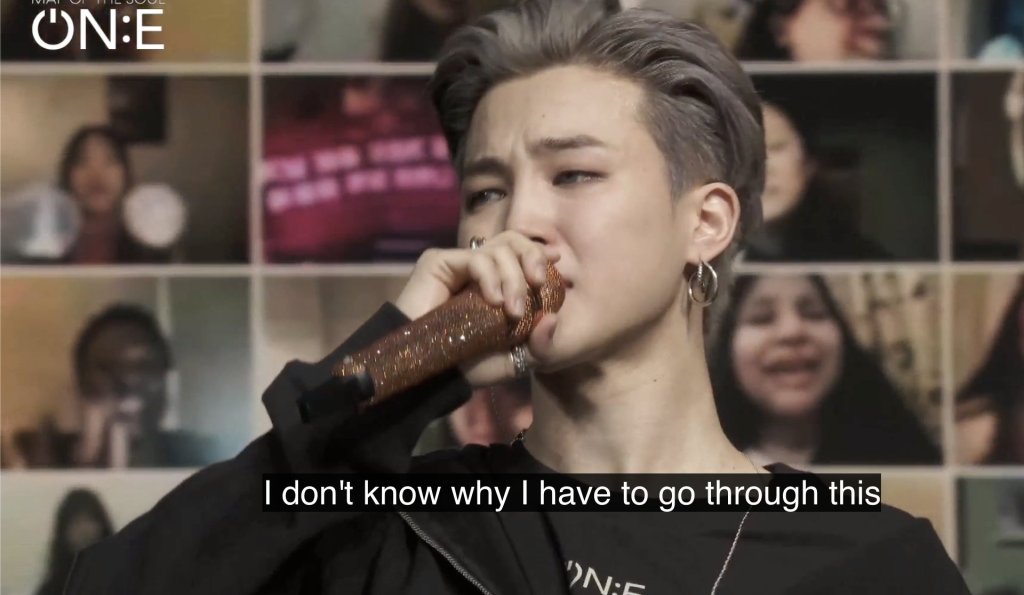 BTS’s Jimin breaking down after having an online concert without fans.

BTS is known for its charismatic stage appearances, meaningful lyrics, and honey-like voices. The boys sing about topics like depression, fame, suicide, loneliness, love, and heartbreak. They also write and sing songs entirely dedicated to the ARMY. Moreover, their hard work and passion are the reason why they are the biggest boy in the world right now.