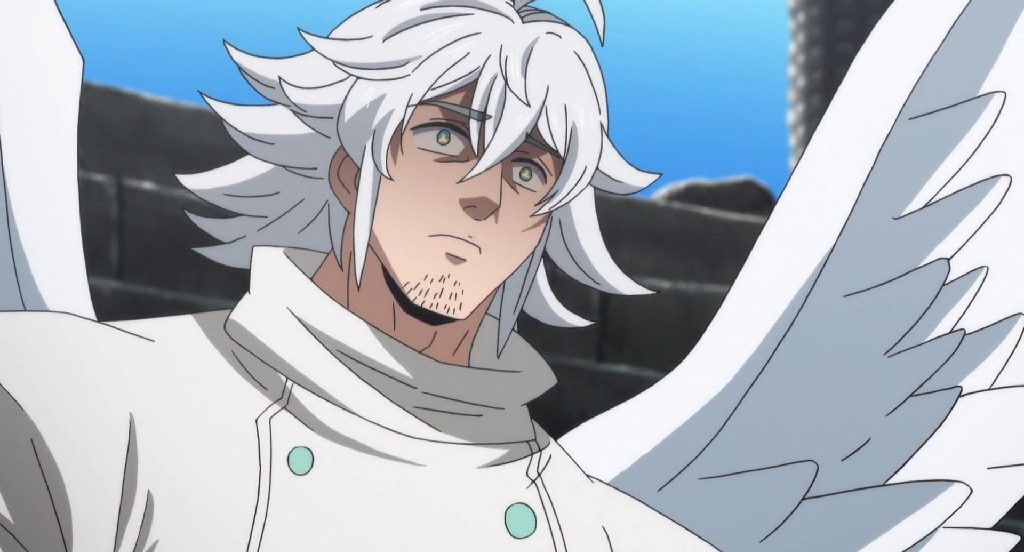 The Holy War is concluding now. The Seven Deadly Sins are going strong with their most awaited season so far. We are bound to witness the Holy War with Meliodas and Ban facing their toughest enemy yet. Created and illustrated by Nakaba Suzuki, the manga of The Seven Deadly Sins debuted in 2012. It was later adapted for anime, debuting in October of 2014. So far, the series has a successful run, with the on-going fifth season intact. It is considered to wrap the show-up. The fifth season of Seven Deadly Sins has covered up 6 episodes, with the 7th titled “Hope, Discord and Despair” coming in. We are taking a look back at everything that happened previously on the show what we can expect from the upcoming episode.

The Seven Deadly Sins follows the story of Meliodas and his friends of the titular band. They were framed and disbanded upon conspiring against the kingdom. Ten years later, Elizabeth, the third princess of Liones Kingdom, finds them to clear their name as Holy Knights plan to release a deadly demon race from the prison. So, with no further adieu, let’s take a look at what happened previously on The Seven Deadly Sins.

So, in the last episode of The Seven Deadly Sins Season 5, Episode 6, titled”Confront Despair!!,” we saw the anime debut of Mael. While he is still sealed inside the cocoon of light, he takes over the Commandment of Purity. He comes out throwing dark rays from the cocoon. Seemingly Tarmiel and Sariel are shot off from those dark rays. Hawk watches over Mael coming out of the cocoon as he reads that his power level is over 200,000.

Mael nullifies his opponents’ abilities by casting Jiai no Kougyoku with the help of the Commandment of Love. Gowther cast Sense Opener, which helps King, Elizabeth, and Diane to get free of Mael’s spells to counter the move. All the sins gather up to strategize against the archangel, which is probably the strongest opponent they met so far. 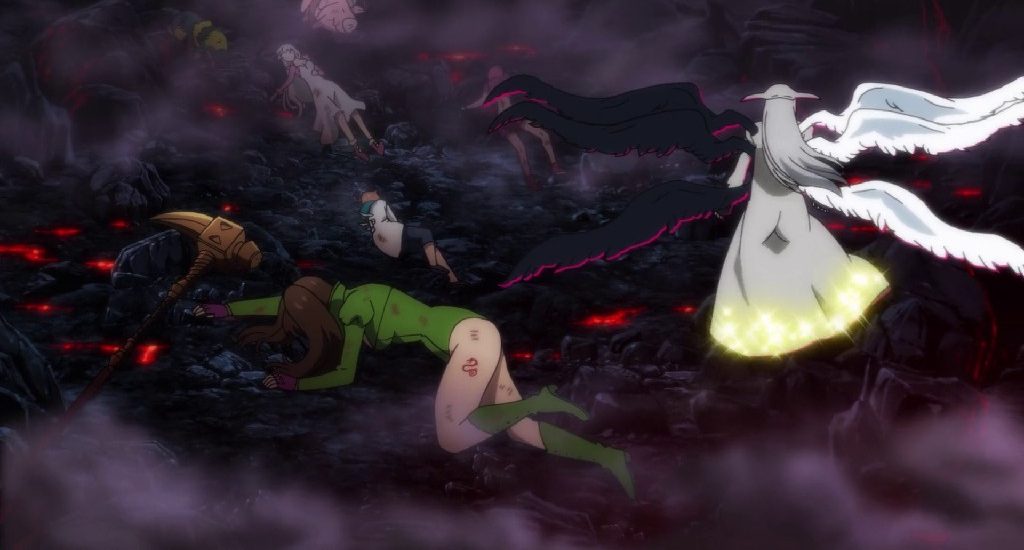 So, the Sins decide to counter altogether consecutively to overpower the archangel. King covers himself in armor by casting Yggdra Cloth, the sixth form of Chastiefol. As soon as King starts to move towards Mael, Gowther creates clones of King to confuse the archangel using the Kaleidoscope. On the other hand, we can see Diane using her Drole’s Dance to extend his powers to the ultimate form.

The sins almost thought they have won, but it’s not over yet. Mael comes out by casting Shinjitsu no Kane that helps destroy the clones that Gowther had created. The battles continue to grow intense. In the end, Mael decides to cast Jiai no Kougyoku all over again on King. That’s when Olso steps in. He sacrifices himself to protect his beloved King. On the other hand, Diane tries to nullify Mael’s abilities using the War Hammer Gideon. She goes for the move a second time, which leads to Heaven’s Theatre Shattering.

All the sins fell with Elizabeth catching Diane and Hawk catching Gowther. King, on the other hand, is the only one standing. He somehow overcomes the nullifying powers of Mael and goes full power. He grows his wings out, turning into a completely grown Fairy. We see a standoff between King and Mael, and it seems like the battle will continue for the next episode.

The seventh episode of The Seven Deadly Sins Season 7, titled “Hope, Conflict, and Despair,” will be releasing on the 24th of February 2021 on TV Tokyo and BS TV Tokyo. We are expecting to see King continue his battle with Mael. Now that King has come to his ultimate form, the battle might go all out with the Archangel. On the other hand, Meliodas and Ban are yet to join the battlefield. So, the climax of the Holy Wars Arc has just started picking up. 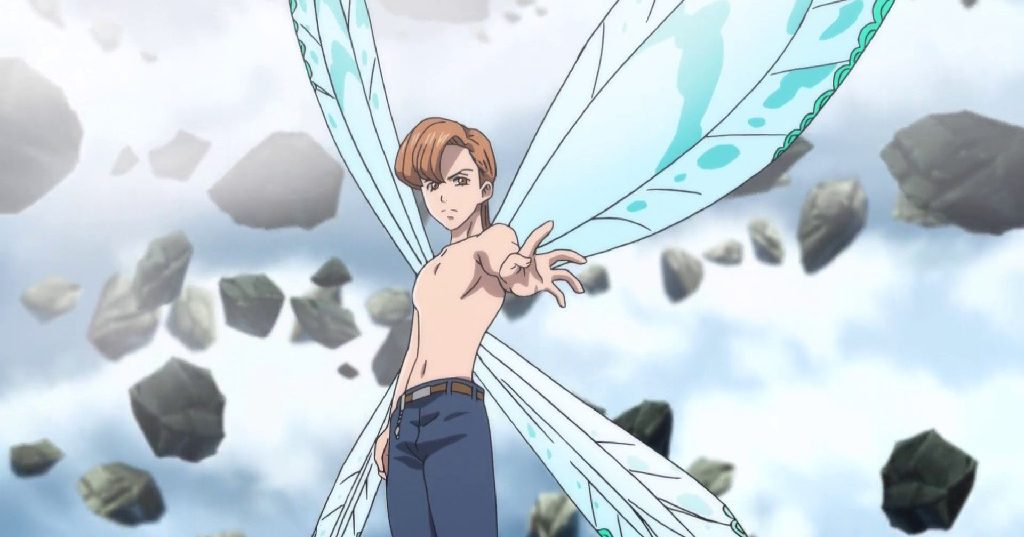 All the episodes till the fourth season of The Seven Deadly Sins are available to stream on Netflix with English Audio. The fifth season is still ongoing and is simulcasting on TV Tokyo. Once it wraps, the season will follow the English dubbing and will be available to stream on Netflix. We will keep you updating more on The Seven Deadly Sins Season 5, so stay tuned to Otakukart.