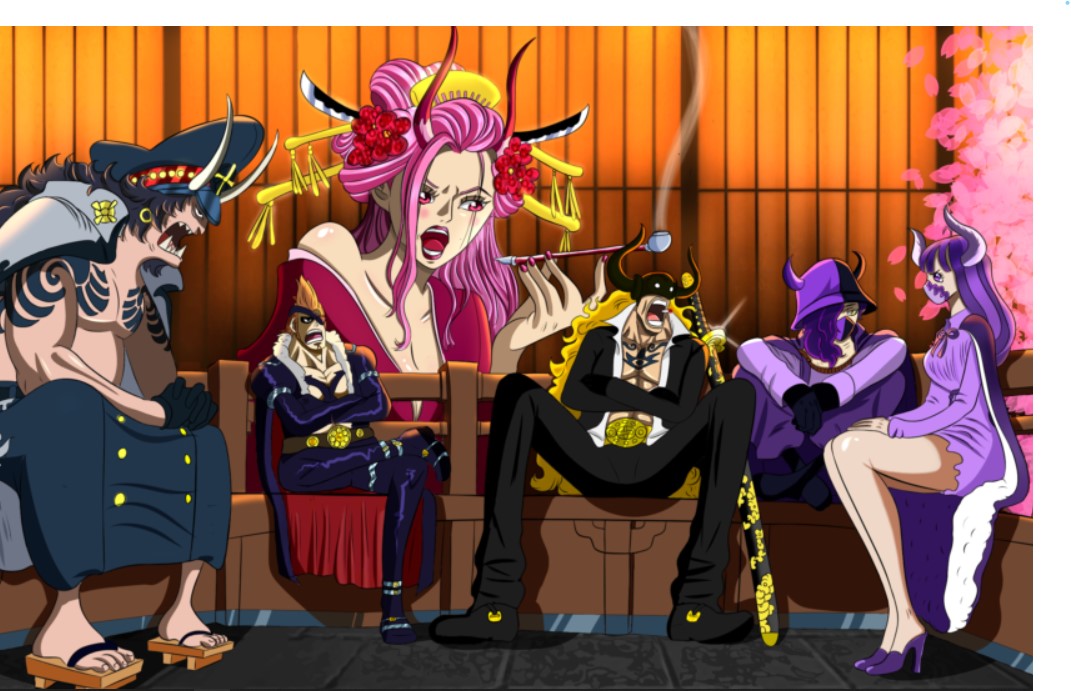 With the recent development of two chapters that were released consecutively. One Piece is taking a weekly break next week. The manga will return on the date that we will mention on the weekly schedule below. Let’s get into today’s business. The upcoming chapter is entitled Kibi Dango. Chopper is enjoying eating rumble ball candies with a squirrel and a monkey. Meanwhile, Beasts Pirates Speed is running around Onigashima, offering Dango to Giffters.

She commented that Dangos are good medicine from Queen since they made a speedy recovery. At the same time, some old memories of Tama are shown. Tama wanted to help at the battle that will be taking place at Oganishima. Tama was tired of starving. She was tired of not getting pure water and delicious food. All she wanted to see is Wanokuni, along with Mompnosuke becoming a Shogun. Tama takes the boat of Speed and head to Oganishima.

One Piece Chapter 1005 will be available on Sunday,  28 February 2021. One Pice new chapter airs officially on VIZ and Manga Plus. Take a look at other detailed spoilers and updates of One Piece Manga here: One Piece Chapter 1004 Spoilers. Keep in mind that One Piece is on break next week; it will return on the date above. 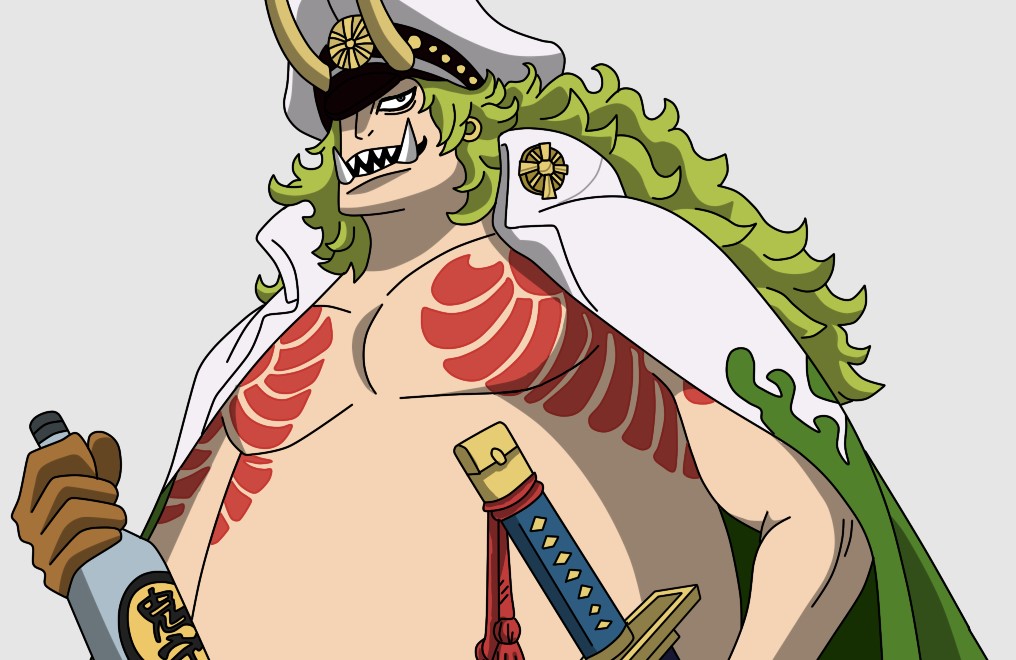 Previously on One Piece Chapter 1004

Inside the boat, Tama is with Speed, Daifugou, and Gazelleman heading to Onigashima as a team. Tama makes many Kibi Dango on the ship. Back to the present, Gazelleman and Daifugou are also offering the Kibi Dango made by Tama to Gifters around the Oganishima. At the same time, Franky is battling with Sasaki, and it has become a fierce battle. Franky unleashes Weapons Left and fires it at Sasaki; surprisingly, the attack does not make an impact.

Sasaki power slams Franky and falls on top of him, and Franky grads Saasakis horn and sends him flying. Franky was about to unleash another attack. But Sasaki’s all knows as Armored Division interfere and grabs robot arms and legs. Sasaki attacks while the Armored Divison is holding on Franky. Fortunately, Usopp, Nami, Tama, and Komachiyo also interfere. The army of Gifters also joined the battle fighting along said with the Straw Hat members.

Franky notices an opening and gets away before the attacks hit him and Sasaki collides with the Armored Division. While Ulti and Page One were chasing Usopp and Nami, they commented that the Gifters had betrayed them. Sasaki is wondering how the Giffters have betrayed them while Ulti tries to attack Komachiyo. Nami notice that, and she reacted on time. She unleashes Thunder Lance: Tempo to block Ulti. 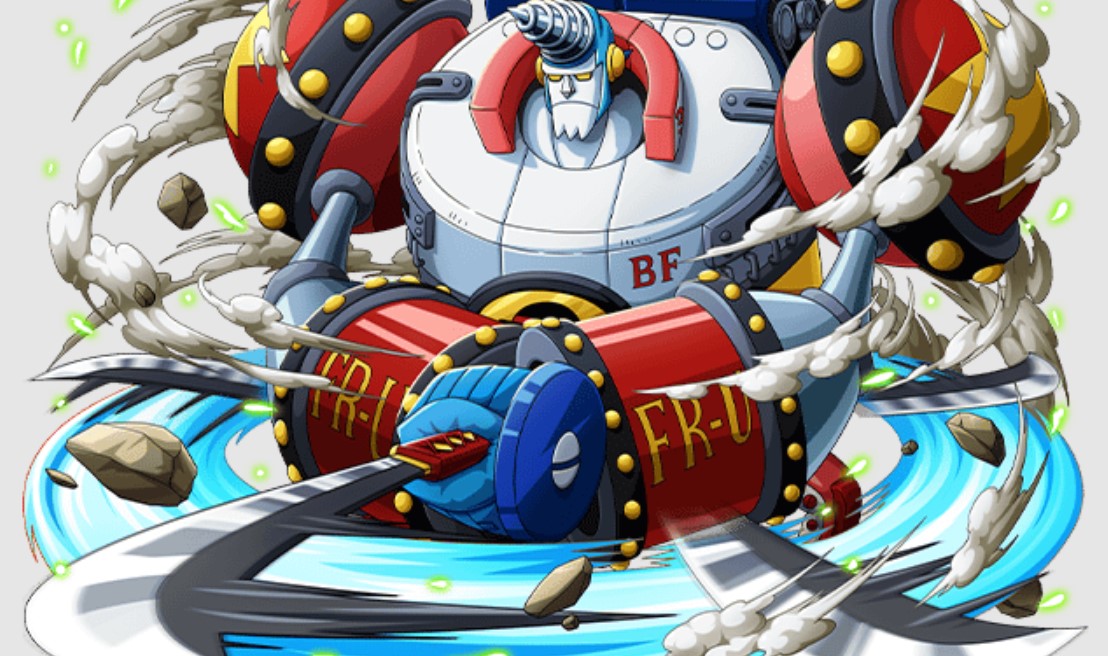 The thunder landed and smashed Ulti with the ground, and Nami comments that her thunder is not strong enough to stop Ulti. Ussop attacks with a super move called Hissatsu: Kibi Dango Star”, shooting the Dango into the Gifters’ mouths. The Dangos are taming Sasaki’s Armored Division and turn them into Straw Hat allies. Sasaki is surprised witnessing his allies fighting with him. He is wondering what has happened to them.

While Sasaki is still, Franky decided to attack, and he attacks with a new move called Fran Blade: Victory V Flash. The sword that emits light emerges, and he slashes Sasaki. Sasaki receives and direct hit, and he started bleeding. On the other side, Sanji has taken down all of Black Maria’s male subordinates. But he decided not to touch the ladies. Black Maria uses a spider web and captures Sanji.

Maria asks Sanji to call Robin, and her allies, with eye-marked paper, will pass his voice around the castle to lure Robin to her. Maria reveals that Kaido has ordered her to bring Nico Robin alive. They will hurt Robin in a way that she will stay injured until Kaido is done using her. Sanji warns Maria not to underestimate Nico Robin. While on the live stage, Boa Huang reveals that her Spies have found the Red Scabbards (a rat with eye-marked paper). 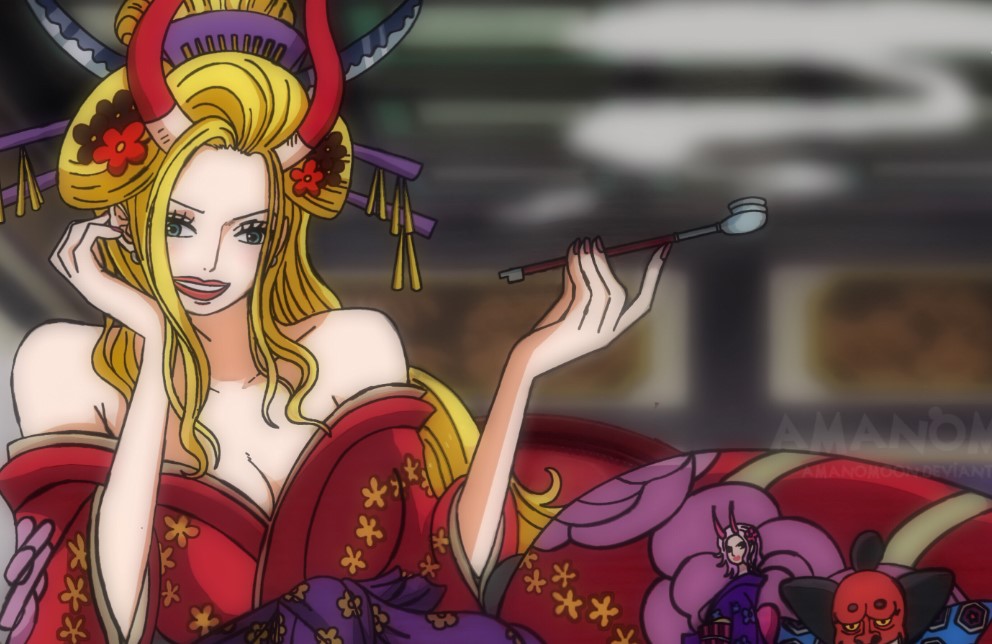 King receives the news while fighting someone, and he orders the samurai to be killed without wasting time. He is told that the samurai is inside the castle and unconscious. Black Mari comments that she will take care of the samurai by all by herself. She knows that the room is connected directly to her floor and decided that she will be the one to go. Bao Huang told her to be quick, but she can see ten enemies inside the room, but it little dark.

Boa Huang also notices someone is trying to save the samurai. Inside the room, there is an unknown person taking care of Kinemon’s wound. The mysterious person is of normal size and half of Kinemon’s size. That person is not revealed to be a lady or a man. But the person is shedding tears and grinding teeth. At the same time, Sanji is still wrapped with Black Maria’s web. He is unconscious and bleeding by Maria touche him, and he wakes up.

You can get more development and updates about One Piece on VIZ Media and Shueisha’s Manga plus official platforms. If you have missed the last chapters’ update, you can read them here: One Piece Chapter 1004.