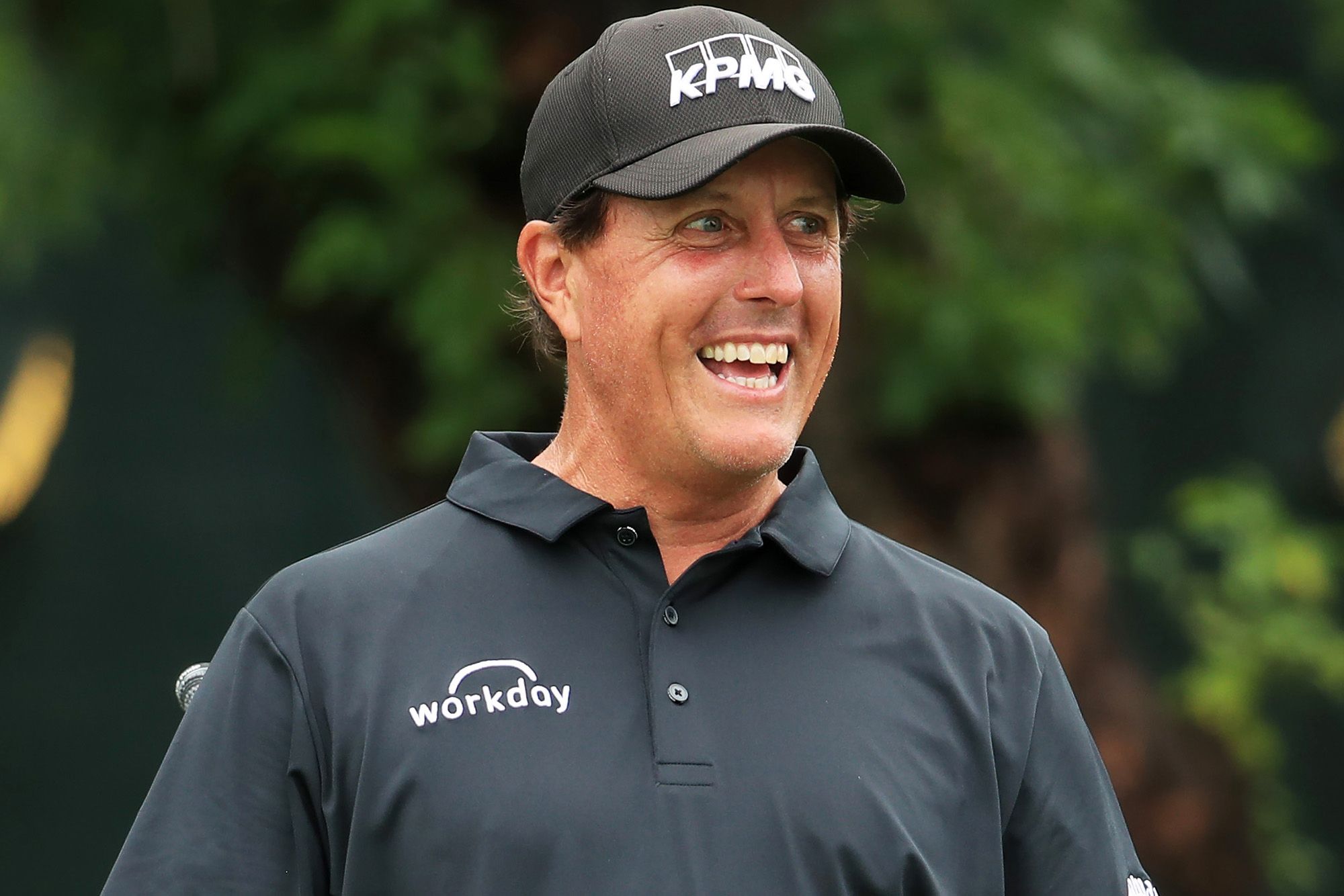 Philip Alfred Mickelson is an American professional golfer. He is known by his nickname, Lefty, and has won around 44 events which also includes various championships.

Phil was born on 16th June 1970 in California, US. He was born to Philip Mickelson and Mary Mickelson. His father was a naval aviator and an airline pilot. He started playing golf with his father even before starting school. He is a left-handed player because he used to copy his father who used to play with his right hand i.e., he copied the mirrored swing. In 1981, he graduated from the University of San Diego. 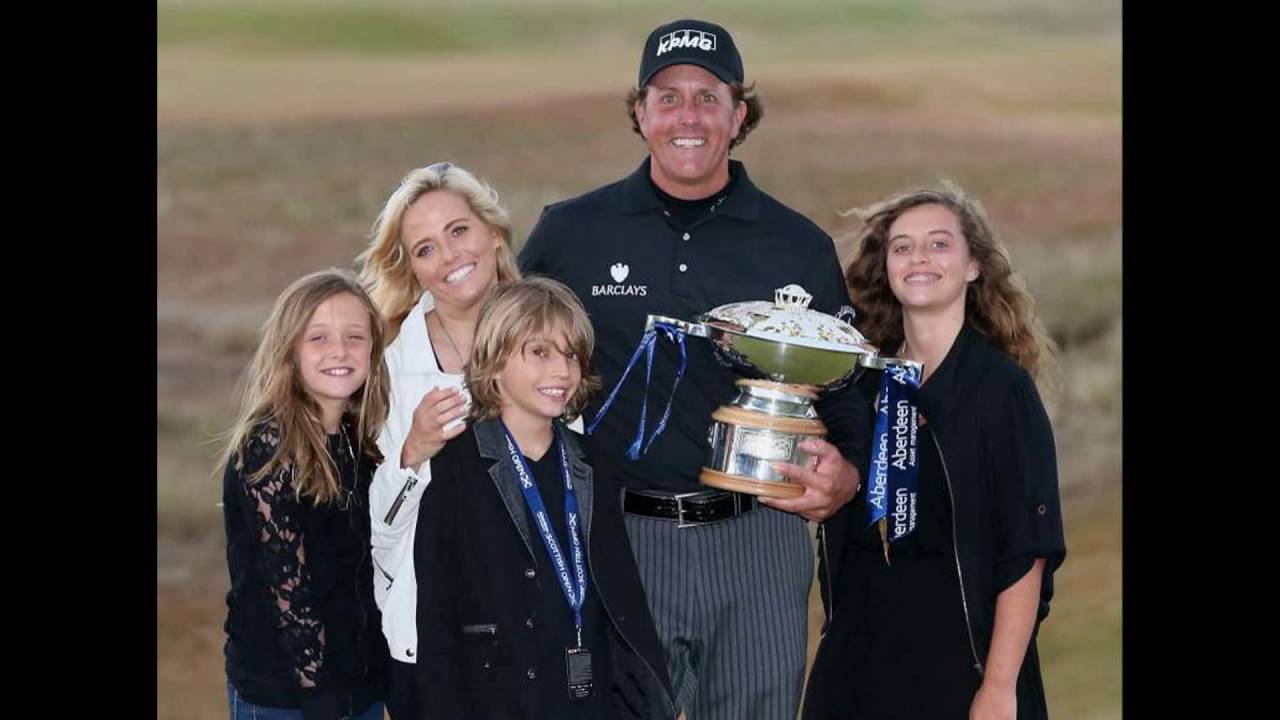 Phil Mickelson with his wife Amy Mickelson and children Evan, Amanda and Sophia.

Phil got married to Amy in 1996. They have three children named Amanda, Evan, and Sophia.

After graduating from the University of San Diego, he got a golf scholarship and started attending Arizona State University. He became well known in the US as a Rookie golfer and he won three NCAA championships and three Haskins Awards as an outstanding collegiate golfer. Over the time that he finished college, he had won around 16 tournaments. He graduated in 1992 and then turned into a professional player immediately. As he won in 1991 the Tucson PGA Tour event, he was given a two-year exemption of the qualifying process. He had lost to Tiger Woods in various tournaments due to which he received great criticism and was called “Best player never to win a major”. He won his first major championship in 2004. 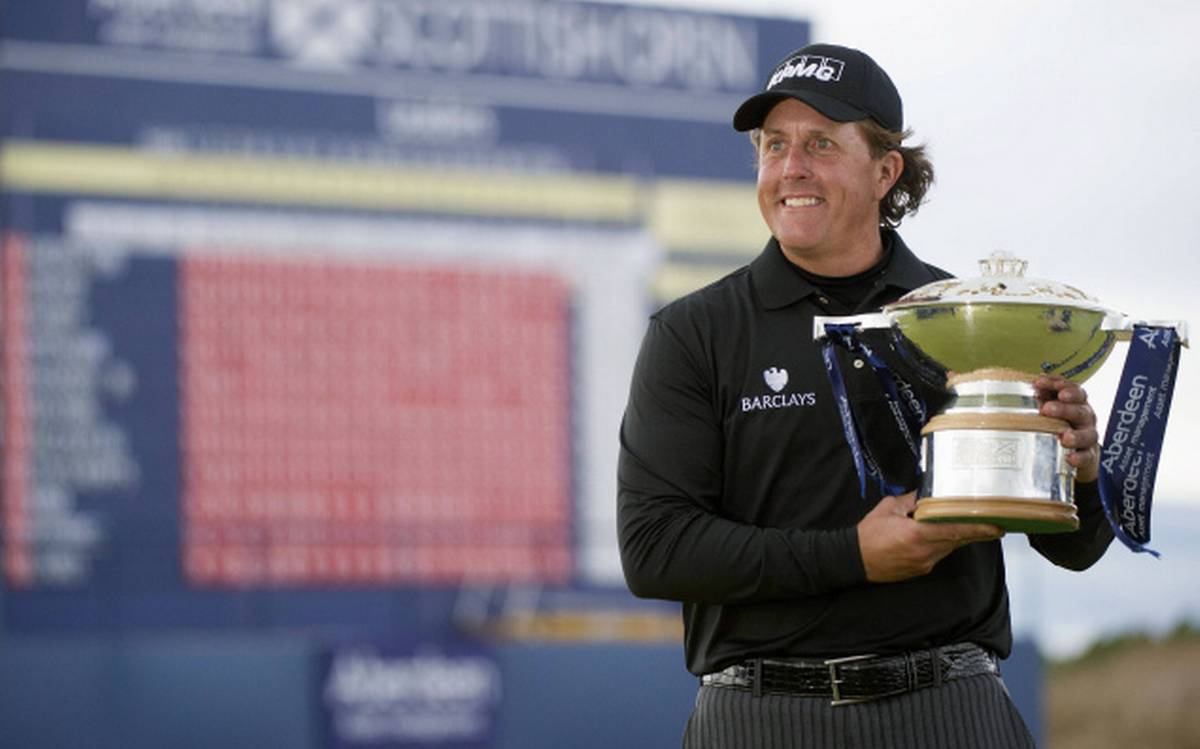 Phil Mickelson lifting the trophy after winning the Scottish Open.

He had to undergo hernia surgeries but he returned to the game with a quick recovery.
Phil against Tiger Woods is titled as ‘The Match’ and has always been a success with around 5.8 million viewers. From 2014-2017, his career hit a downfall and was the first time he did not have any victory. In 2018, he failed to win any majors and also did not qualify for the PGA championship. In 2019, he won AT&T Pebble Beach Pro-Am making him the oldest winner of that event. He did not attend Phoenix Open of 2019 as he was playing Saudi International golf which became a controversy and he received criticism saying that he was behind money. He has also made an appearance in a movie called Tin Cup in 1996.

In 2014, The Wall Street Journal had reported to the FBI and accused Phil of Insider Trading. Phil completely denied the accusations and said that he was being framed. After investigation, no evidence was found and he was not charged with any charges.

Phil’s net worth is approximately $400 million as he is a very successful golfer. Firstly, his major income is from the tournament prizes that he has won. Secondly, he has also earned from endorsements. He has endorsed for various brands like KPMG, Ford, Rolex and many more. Phil and Amy bought a house in California for $1.65 million which they later sold and bought a property of $6 million in California. Recently, they bought a land in Florida but the amount has not been disclosed yet. Phil along with a group of investors owns six golf courses in Arizona which are open to people with an annual fee.