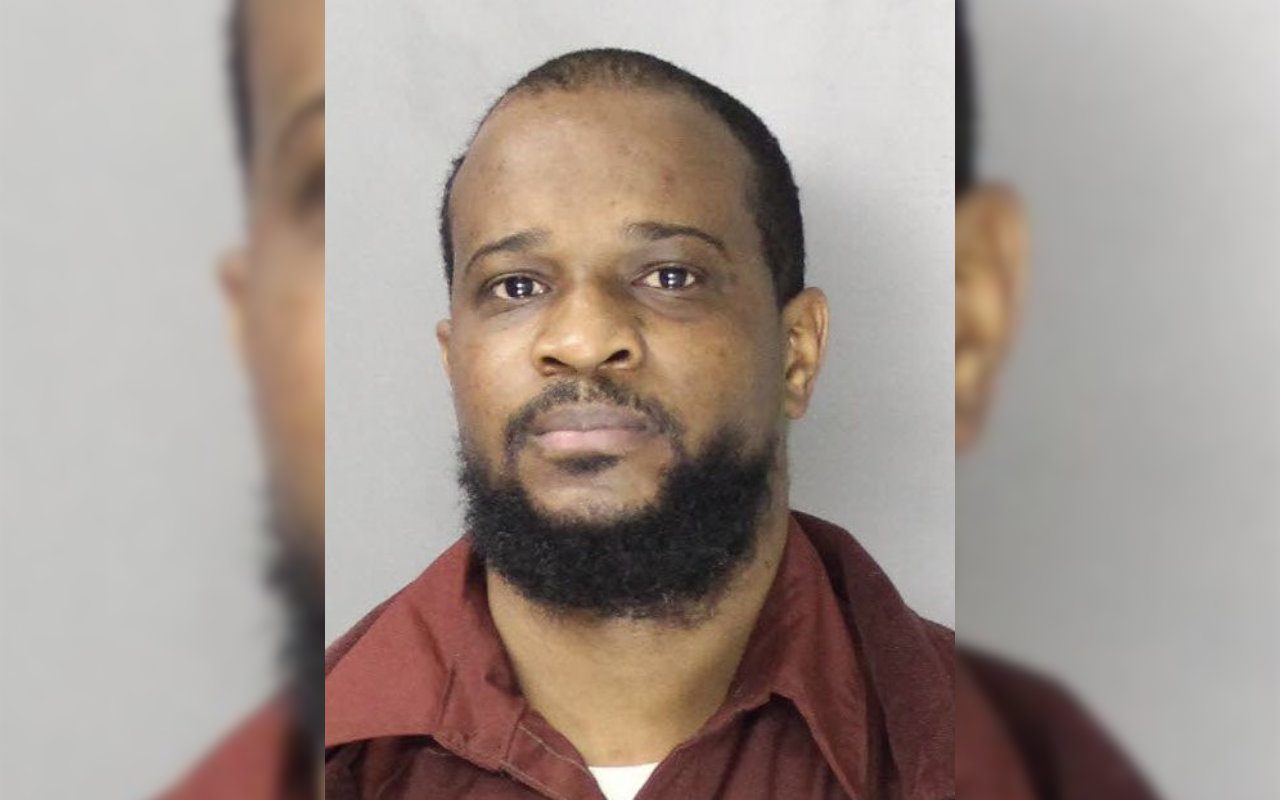 Michael Baltimore Wanted By The US

Baltimore has reportedly been put on the list of the 15 Most Wanted Suspects, and the law enforcement agency is offering a reward of up to $25,000 for information that results in his capture. Baltimore, 39, is wanted in Pennsylvania, where authorities say he is suspected of killing Kendell Jerome Cook on May 22, 2021, at the GQ Barbershop and injuring another man.
Baltimore, a barber who stands six feet tall and weighs roughly 215 pounds, worked for Cook till 2019. In the show, Ashley Martson, who played Jay Smith’s wife, revealed to the two that her husband was having an affair in the barbershop’s restroom. Baltimore is known for its violence and has a long criminal history.

In 2019, a number of scenes for the TLC reality show were shot at the barbershop which Cook owned. It seemed as if Cook and Baltimore did enjoy a friendship, at least based on the sequences that were broadcasted for the seasons, which included couples Chantel Everett & Pedro Jimeno and Nicole Nafziger & Azan Tefou, among others.

Why Is Michael Baltimore 90 Day Fiance Wanted By The US?

Baltimore, 39, reportedly shot to death 39-year-old Kendell Jerome Cook. The shooting, according to the authorities, was the result of a “personal argument” between Baltimore and Cook. The alleged shooting took place on May 22 at GQ Barbershop in Carlisle, Pennsylvania. Until 2019, Cook was the barbershop’s owner and Baltimore’s manager. One of Cook’s cousins claimed that Baltimore had been threatening him for the previous two months during a police interview. 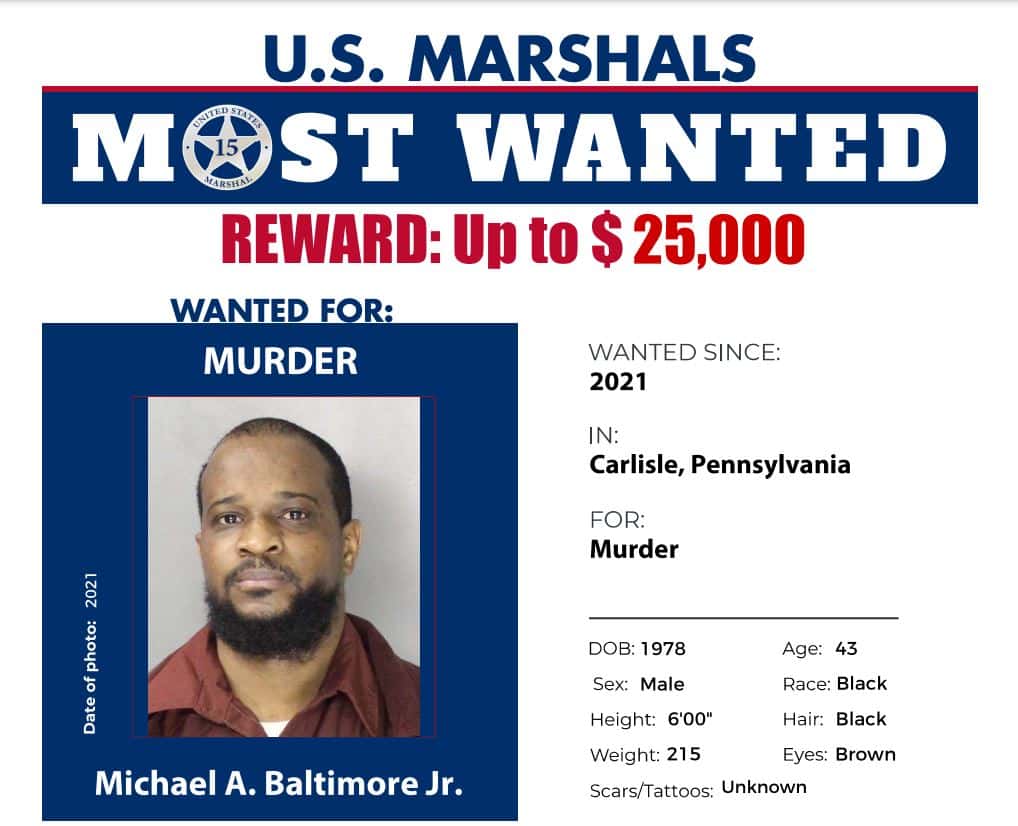 Michael Baltimore 90 Day Fiance Wanted By The US

Baltimore apparently also hurt 41-year-old Anthony White, who was shot twice but lived after receiving treatment. One of the victims, Anthony White, reportedly told police a man wearing a black mask, a camouflage bucket hat, and camouflage clothing entered the shop through the front door and started shooting at Cook. White stated that when he was shot, he was trying to exit out the back door. Shop owner Cook was “declared dead at the scene.”

Baltimore, who starred in Season 4 of the hit TLC show 90 Day Fiance, has a history of crimes. He is armed and dangerous, according to the U.S. Marshals, so you shouldn’t approach him. According to Ronald Davis, director of the US Marshals Service, “Michael Baltimore poses a major threat to the community.”

He is now one of the US Marshals Service’s top priorities after being added to the list of the 15 Most Wanted. The Middle District of Pennsylvania and the Carlisle Police Department are looking for Baltimore. A reward of up to $25,000 is being offered by the US Marshals Service for information that results in Baltimore’s capture. A significant reward of up to $10,000 has been provided by the Bureau of Tobacco, Alcohol, Firearms, and Explosives, and a reward of $2,000 has been provided by Cumberland County Crime Stoppers.

What did Michael Baltimore Do In 90 Day Fiance?

Baltimore and Cook both showed up on season 4 of Happily Ever After? which premiered in 2019. Ashley Martson and Jay Smith appeared to be quite close on the show; Baltimore revealed to Ashley Martson that her husband, Jay Smith, had cheated on her in the barbershop’s restroom. Smith, 24, and Martson, 36, divorced in January 2019. After finalizing the split more than two years later, the hairstylist shared in exclusive detail how happy she was to put the marriage behind her. She stated, “I’m utterly thrilled and feel free,” in March 2021. “Getting him to sign took some time. It’s a happy occasion. There is no sadness here “.

Recently, Geoffrey Paschel, another former 90 Day Fiancé star, was found guilty of trying to kidnap and abuse his ex-fiancée. After being found guilty of violent kidnapping, domestic abuse, and interfering with emergency calls, Paschel was sentenced to 18 years in jail without the possibility of release in February by a Knoxville, Tennessee, court. Paschel, 44, was found guilty of numerous offenses in connection with an incident on June 9, 2019, with his former fiancée Kristen Wilson.

Wilson reported the incident to the Knox County Sheriff’s Office, saying Paschel assaulted her, grabbed her neck, and repeatedly hit her head against a wall. Wilson said to the police that Paschel had dragged her across the floor and threw her body on the ground. Wilson said to law enforcement that Paschel prevented Wilson from using her phone or leaving the property throughout the incident. Wilson managed to get away after Paschel went to sleep, and she went to a neighbor’s house to call the police.

Also Raed: What Is Dick Vitale’s Net Worth? The Sports Commentator’s Earnings & Works