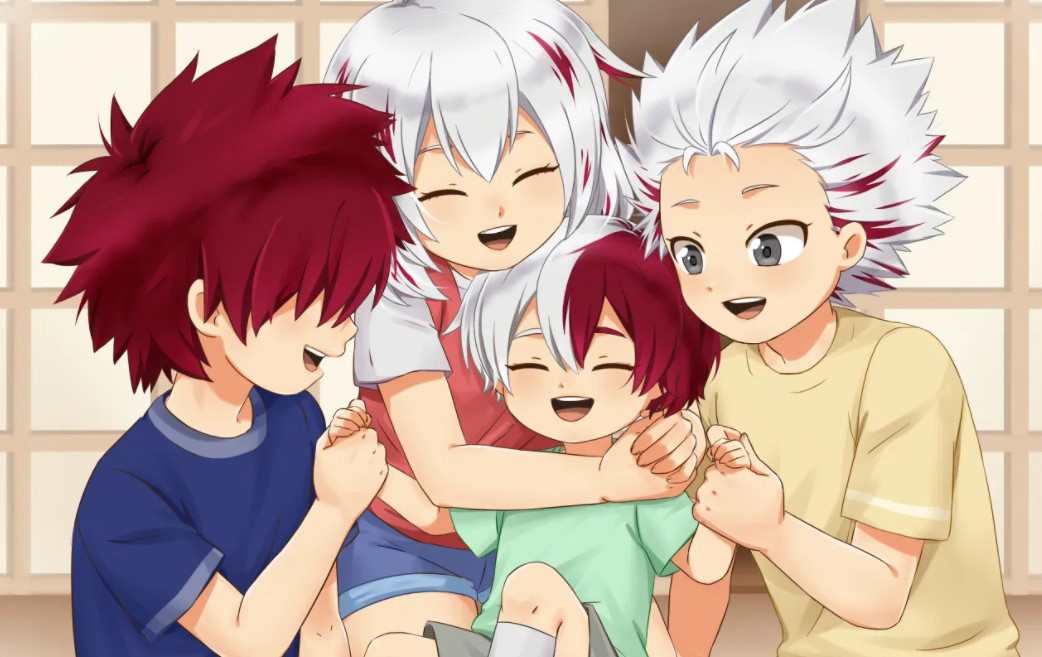 After Toya failed to attack Shoto, Enji decided to separate to send Shoto to a safer place. Enji hired someone to take care of Shoto since he was busy with work. He told Rei to watch over Toya, and Rei comments that Toya just wants to be acknowledged. Rei thinks Enji is running away from his responsibility. After five years, Toya got visited by Fumuyu and Natsuo they ask him to play with them. Shoto saw them playing, but Enji takes him away.

Shoto wanted to play with others and ask his father, who refuses. He told Shoto that they are living in a different world. Toya was listening to the two talking, and jealousy started to grow within him. In the even Toya confess in front of Natsuwho was sleeping. Toya said that he has accepted that he was wrong to attack Shoto. He thinks that his father is the one to be blamed since he didn’t acknowledge him.

Toya is wondering if what his father is doing is what the Heroes do to kids. Natsuo continues to sleep and asks Toya to talk with Fuyumi. Toya told Natsuthat is the one who can understand him since his family is useless. After few days, Rei finds Toya getting ready to head to the mountains. Rei asks why Toya is not playing with his friends. Toya replies that he has no friends and he is in a different world from others.

Reis asks Toyaif he still wants to be a Hero, and he quarrels with his mother. Rei told Toya that she comes from a low-income family. The reason she got married to Enji was because of financial issues. She feels guilty since Toya only possesses her powers but not his father’s power. When the winter comes, Toya’s powers change to blue color, and the fire that he produces becomes blue. Toya thinks that his father will be impressed by his powers. 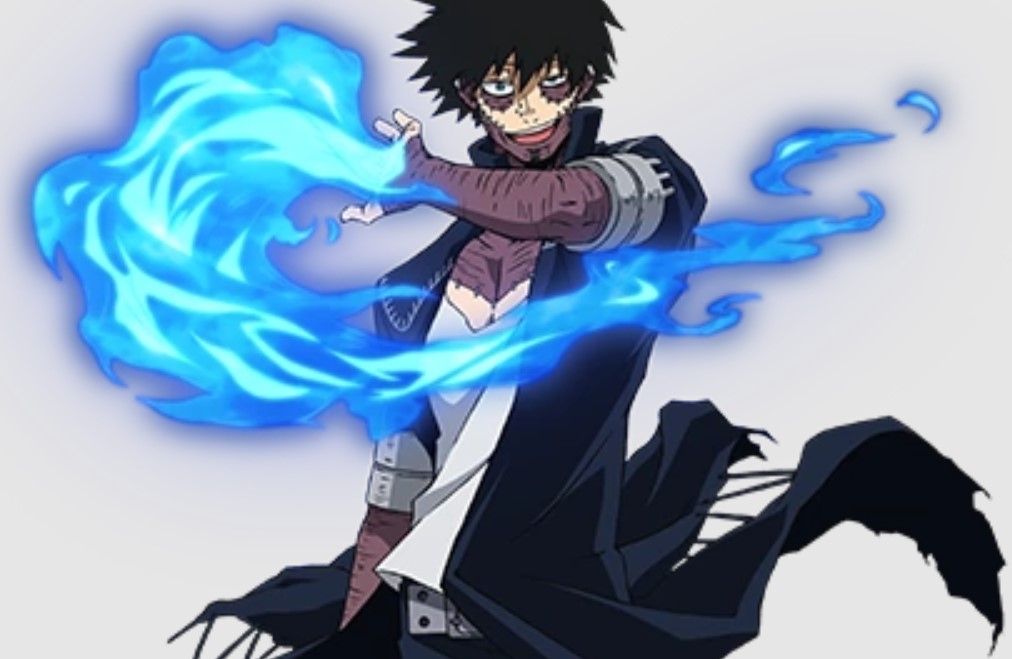 LaterToya visited his father and told him that they would meet at Sekoto Peak when he is free. He told Enji that he wants to show him how he has progressed. Enji took off Toya’s t-shirt and found that his whole body is burned. He gets angry, asking why Toya is doing this to himself. Toya told his father that he wants to be like Shoto and surpass All Might one day. Enji vents his anger on Rei for not watching Toya since he is hurting himself by trying to be a hero.

The family argues about the matter, but Toya defends his mother. Rei accepted that she had made a mistake since she didn’t want to hurt her son. Back to the present, Rei asks her husband why he did not meet with Toya at Sekoto Peak. Enji replies that he doesn’t want Toya to continue with what’s was doing, and he didn’t know what he should have told him. Reis also said that she also didn’t know what to say to Toya since he was possessed to become a hero.

Meanwhile, at the Villain territory, Dabi (Toya) remembers the time when he could not control his fire. The fire that he unleashed destroyed the mountain along with himself. Dabi blames his father for not teaching him anything about his powers. Enji told Rei that he felt like he was giving up on Toya, and he decided to focus on Shoto. Rei comments that she was hurt when Toya went missing. 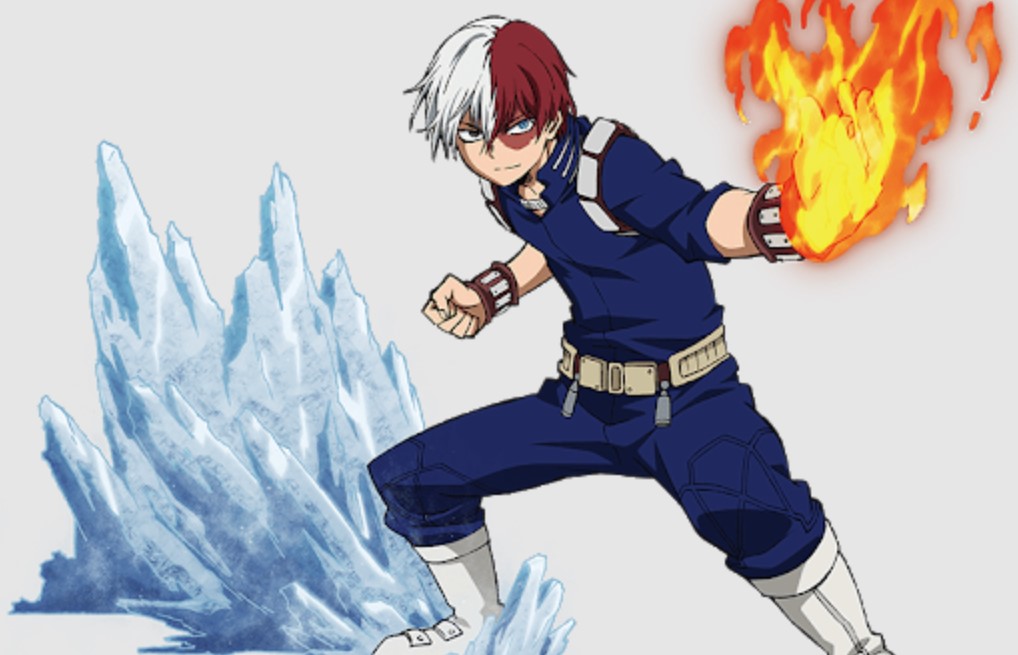 Natsuo thinks that Toya is responsible for the state they are in. Enji comments that if they focused on a normal relationship, nothing like this wouldn’t have happened. Dabi wouldn’t have been born like that. Rei tells Enji that they must accept everything that will happen since they are both responsible for Toya’s fate. She also told him that they will support him as a family since he still has to battle with Dabi.

Enji can’t believe that Rei has accepted that Toya has become the villain Dabi. He asks if those words are coming from here. Rei reveals that Shoto has suffered more than anyone, and he still considers them as his parents. Shota has befriended students U.A, and he is willing to save them. Rei comments that Shoto is the Hero of their family.

Shoto reveals that he was planning to fight on his father’s behalf since he was injured. He offered his hand to his father and said that they would take down Dabi together. Hawks and Best Jeanist were listening as the family is talking. They are glad that the family will rise again and fight for justice. You access the latest chapter of My Hero Academia for free officially on VIZ Media and Shueisha’s Manga plus.