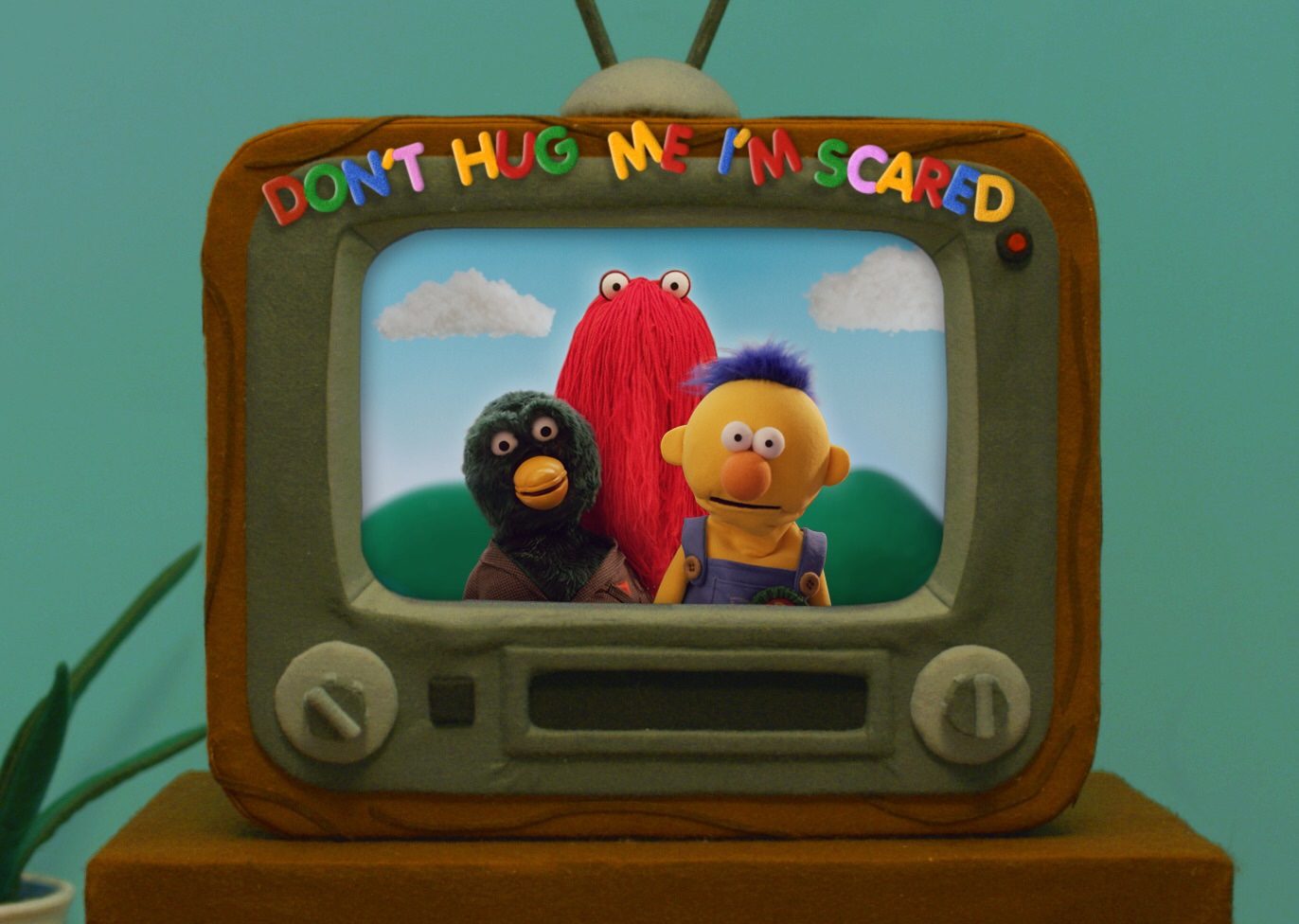 When is Don't Hug Me I'm Scared Episode 1 Release Date?

The beloved British web series that had given nightmares to many people through its unique psychological horror type presentation, is officially going to air as a television show. Even though some of the themes and images portrayed on the show are downright disturbing, the web series has managed to amass quite a lot of fanbase, to a point that acquired a cult status among the fans.

Between July 2011 and June 2016, Don’t Hug Me I’m Scared had a total of 6-episodes that have been released on the artists’ official website, YouTube, and Vimeo.

At first glance, the series may look like an ordinary children’s cartoon, with puppets as the main characters like that of the beloved show Sesame Streets. But make no mistake, it is not a show for kids.

The show can be categorized into the comedy horror genre. With its surrealistic plots, the show actually tries to parody other beloved children’s shows, while depicting seriously disturbing themes. The show is also famous for having several twists in the climax scenes, depicting dark humor, existential horror, and graphic violence.

Despite it being the way it is, the show amassed huge popularity, and in July 2020, after the show had reached its peak of popularity and accumulated much success, the creators of the show Becky Sloan and Joseph Pelling announced that the show had been picked up by British television network Channel 4.

What is Don’t Hug Me I’m Scared About?

Although the base theme of each episode varies, the characters and the settings are more or less the same in every episode.

The main characters haven’t been given names in the show, but they have been referred to as Yellow Guy, Duck, and Red Guy. All three main characters resemble puppets, much like those in Sesame Streets. 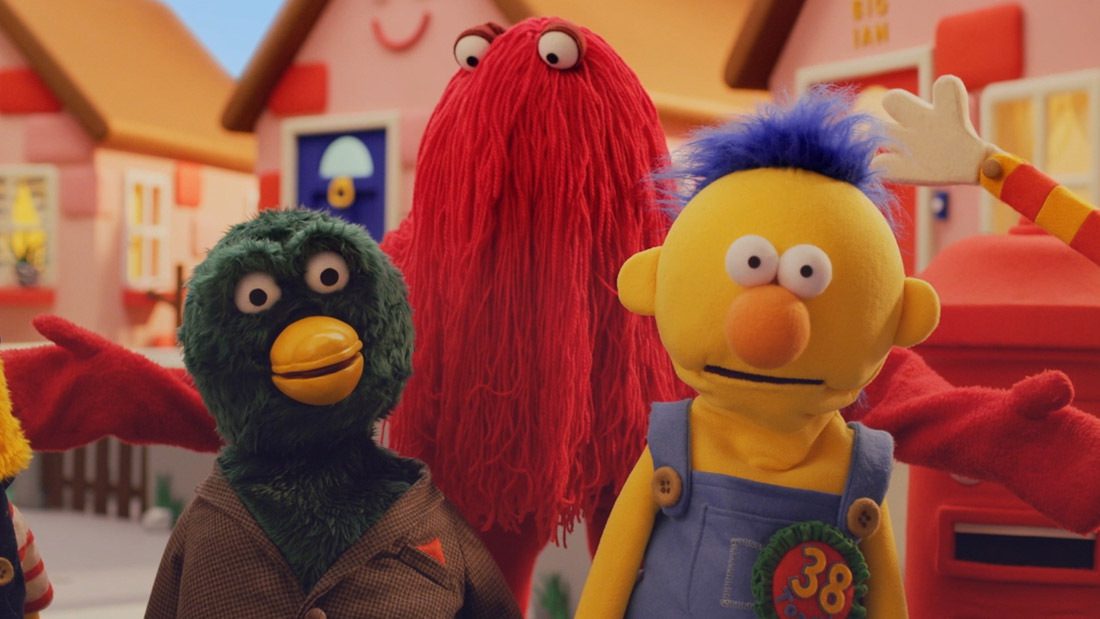 All the 6-episodes of Don’t Hug Me I’m Scared had different themes. The first episode dealt with the subject of Creativity, and likewise, the second episode was about Time. The remaining 4 episodes discussed the subjects Love, Technology, Diet, and Dream respectively.

The uniqueness of the show is how it warps the subject into a nightmarish form and even induces psychedelic effects in the viewers. Each episode starts with an upbeat tone accommodated by a nursery rhyme-like musical number about the episode’s theme and slowly but surely, progresses into utter chaos.

The sudden screams and graphic violence as the episode start to spiral down a dark path are sure to induce some undesired feelings, such as existential crisis, in the viewers’ minds. 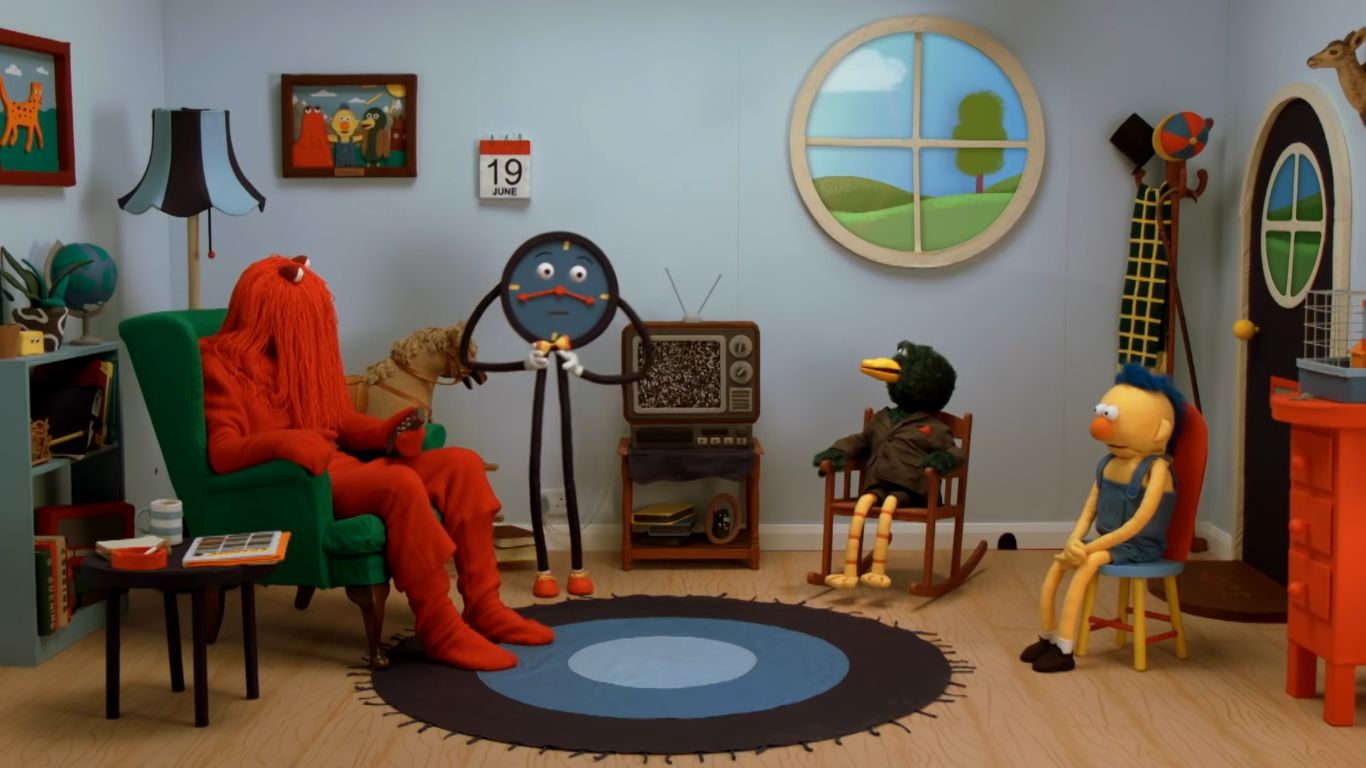 A Still from Don’t Hug Me I’m Scared

There is also a teacher character in each episode, who teaches the main characters about the episode’s theme with a dark twist. The teachings of the teacher character almost always contradict each other and are non-sensical in nature.

Every episode ends with a disturbing twist that is often portrayed with graphic and gory violence.

All 6-episodes of the web series are available to watch on the artists’ official website, YouTube, and Vimeo.

When is Don’t Hug Me I’m Scared Episode 1 Release Date?

The first episode of the tv series Don’t Hug Me I’m Scared was scheduled to air on 12th September 2022, but it had to be postponed due to the unfortunate demise of Queen Elizabeth II.

The revised release date has been announced, and it is on Friday, September 23, 2022.