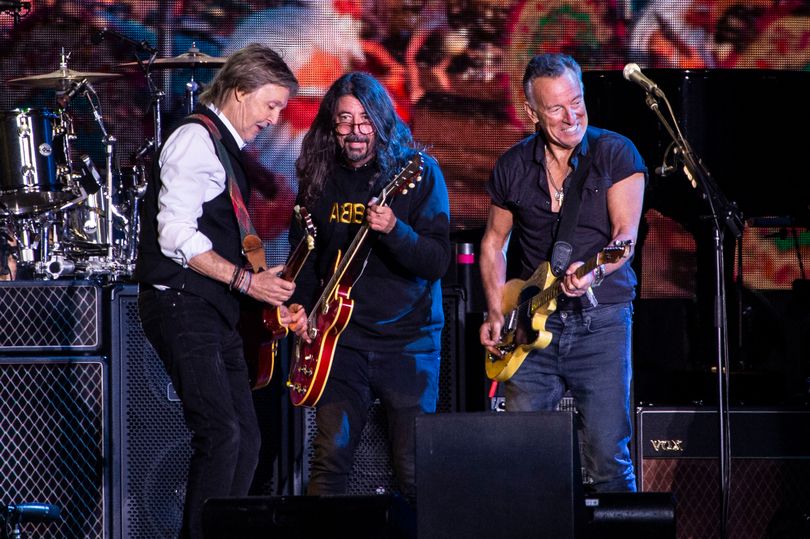 At the historic festival, the 80-year-old former Beatles singer delivered a breathtaking performance. Hey Jude, Can’t Buy Me Love, Love Me Do, and Let It Be were among the 60 years’ worth of McCartney’s classics that amazed the audience. In addition to a vr John Lennon, Bruce Springsteen, and Dave Grohl made surprise appearances on the stunning set.

When he entered the Pyramid Stage at the Glastonbury Festival, Sir Paul McCartney made history as the festival’s oldest single headliner. However, the 80-year-old British music legend was not left alone for very long. For the first time since drummer Taylor Hawkins’ passing, Foo Fighters frontman Dave Grohl came out to perform I Saw Her Standing There alongside the main act. Bruce Springsteen, who had previously performed I Wanna Be Your Man and Glory Days that evening, and Grohl both joined in for the last song.

However, McCartney’s virtual duet with his old Beatles bandmate John Lennon, using the long-lost front man’s isolated words from I’ve Got A Feeling, was arguably the most memorable part of the performance. But enough with the whetting of the appetite. Check it out for yourself! We will tell you how to watch Paul McCartney Glastonbury online.

Where To Watch Paul McCartney Glastonbury

Free live coverage of Paul McCartney’s Glastonbury concert is available in the UK on BBC One, Two, Three, and Four starting at 10 p.m. BST on Thursday, 7 p.m. on Friday, and 5 p.m. on Saturday and Sunday this week. As a result, BBC iPlayer will offer live feeds of all the action as well as the five main festival stages. With a current TV license, everything is free to watch. The entire event along with Paul McCartney’s Glastonbury Performance will be available on the platform to stream till 28 July. Sorry to say but if you are living outside of the UK then there is no steaming option available to you. But you could try VPN if you are a big fan of Paul McCartney. 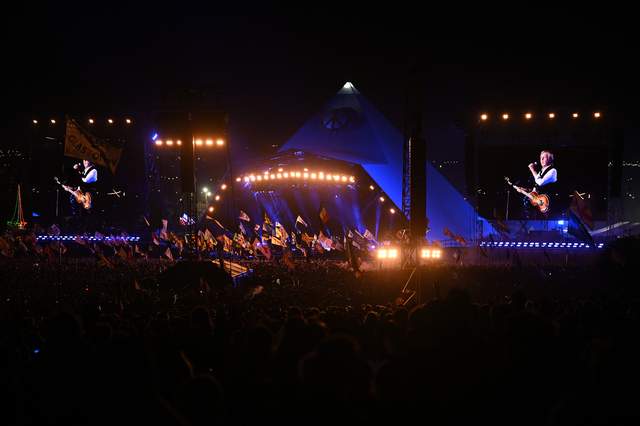 For as long as you pay the BBC’s yearly license fee, which has existed in some form or another for over a century and is present £159 for color and £53.50 for black and white, you can use iPlayer for free.  The most extensive collection of British TV content has never been found on the BBC and ITV’s relatively new, £5.99-per-month BritBox streaming service, which combines current and classic boxsets for on-demand streaming. The on-demand service is the home of BBC shows that have just aired, offering a (typically 30-day) frame to catch them before they are free to whiz off to that service.

At Glastonbury 2022, Sir Paul McCartney’s Saturday headlining performance drew one of the largest audiences to the Pyramid Stage in festival history, and we started to worry that it wouldn’t ever be available to watch again on BBC iPlayer. At the time of the concert, there were complaints that Sir Paul’s performance was not broadcast live by the BBC, and there were worries that licensing complications of some kind might arise. Fortunately, it was only a short-term issue.

Fans of Glastonbury were unhappy over the weekend since there was a delay in their chance to see Sir Paul McCartney’s main performance on both the BBC and iPlayer. Fans in a state of panic turned to social media to try what was going on with BBC, and the coverage started an hour later than expected at 10:30 pm. Others who intended to catch up on the performance on iPlayer were equally disappointed since, nearly 24 hours later, it still hadn’t shown on the streaming service. The lengthy wait for the concert to appear on the streaming platform also irritated the audience. 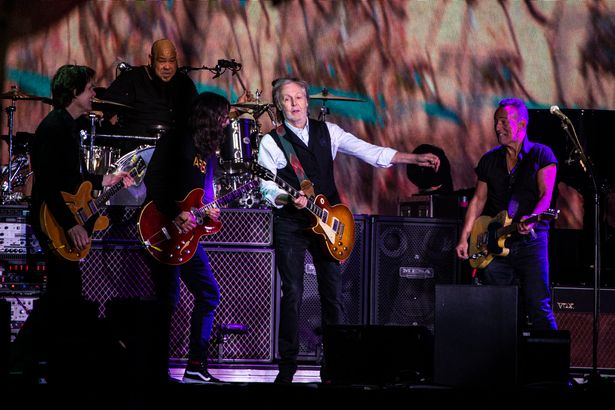 The BBC explained the reason for the delays in a statement, saying: “Due to the complexities of broadcasting a concert of this scale and the volume of acts they cover, there is occasionally a difference between concerts taking place and their broadcasting.” However, it’s not uncommon for a program to take 24 hours after airing on the BBC to become accessible to watch on iPlayer.

The 80-year-old ex-Beatle performed for three hours, which included a lengthy encore. By performing a duet with a VR John Lennon, McCartney stunned his audience. He promised to “play live with John” and thanked Lord of the Rings creator Peter Jackson for making it possible while addressing his supporters. Special guests Bruce Springsteen and Dave Grohl of the Foo Fighters were also there.