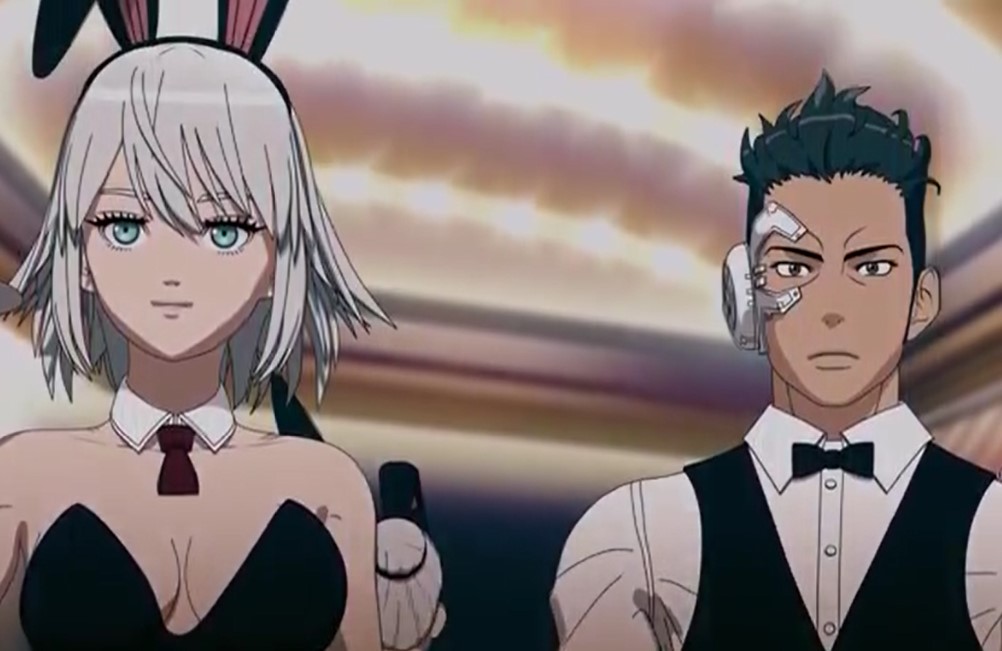 The news reporters reveal that there has been an explosion off the coast of Tokyo Bay Megafloat. The road to the Megafloat has been sealed off due to the bomb, and the defense force has set up blockades at the entrance to the Megabrige. Kondo can’t believe that it is another incident. Chikage arrives with two guys and reveals about an Ex-Arm auction. Minami asks Chikage who are this person.

Chikage reveals that Wanibuchi is the captain of Public Safety External Affairs 4. The other one is Lieutenant Miyabe. Chikage told her team that they would be investigating this case jointly with the External Affairs 4. Wanibuchi comments that Chikage misunderstands something. He reveals that it is not a joint investigation Chikage’s crew will be working under their commands. It is an order from the brass to restore the credibility of the Japanese police.

Ex-Arm Episode 7 will be released on Monday, 22 February 2021, at 1:05 JST. A new episode of Ex-Arm will be available every Monday. You can support this anime official at www.exarm-anime.com and Crunchyroll. 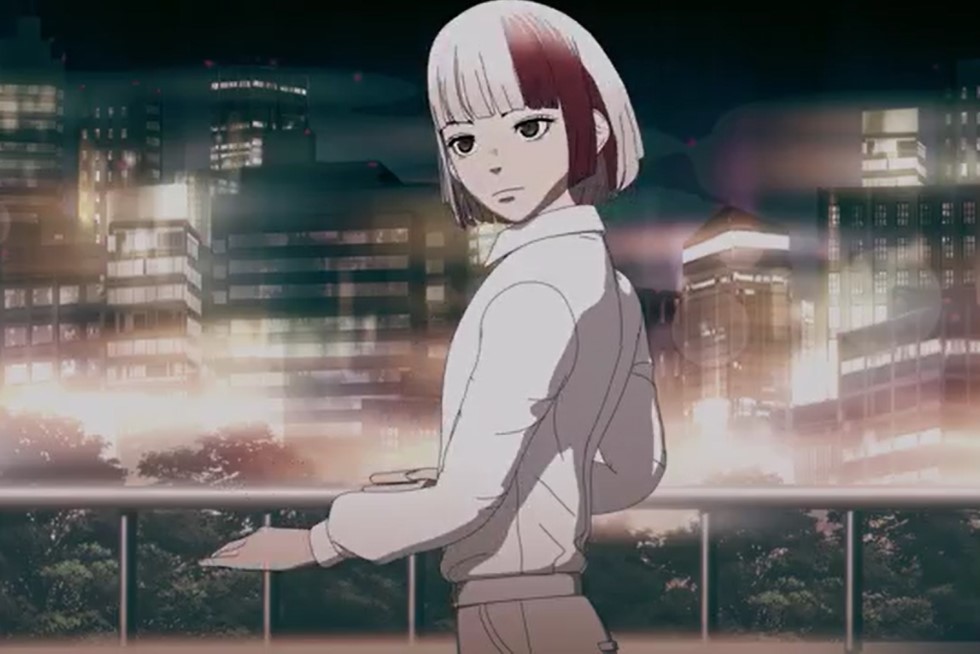 Wanibuchi comments that Chikage’s crew has been screwed up badly last time. The brass is unanimous in the belief that they need some checks and balances. Natsume remarks that he doesn’t care who is giving him orders as long as he can catch Beta. Minami is wondering who is Beta and Natsume reveals that he is the guy who looks like him. Natsume comments that he needs to take Beta down since he is the one behind this bomb.

He thinks that they will get hands-on all the answers if they can catch Beta. Kondo asks what they are going to do. Chikage comments that they will take part in the casino auction undercover. Meanwhile, King reveals that the showy island is built with a casino to help the Tokyo Attack recovery efforts, the Tokyo Megafloat. An Ex-Arm action is deliberately held there. He asks Soma how it feels to be back home, and Soma looks at him.

While Chikage’s crew started with the investigation, Natsume uses a drone to check what is happening around the casino. Alisa told Natsume to keep them updated and make sure not to get caught. If Natsume gets caught, he might be auctioned off. Alma and Kimura are inside the casino, acting like they are part of the auction. Alma told Kimura that a bomb had just gone off, but he won’t know since it is here.

Kimura is wondering where Kondo and Minami are. Alma and said that Lieutenant Miyabe and the two are acting as bodyguards for a certain group. Kimura saw an oldy getting out of the car and ask who that guy is. Alma reveals that a political organization called Jinkoku-Sha and its president, Hayama Gaho. Hayama pulls all the strings in the Japanese economy without ever taking the spotlight. 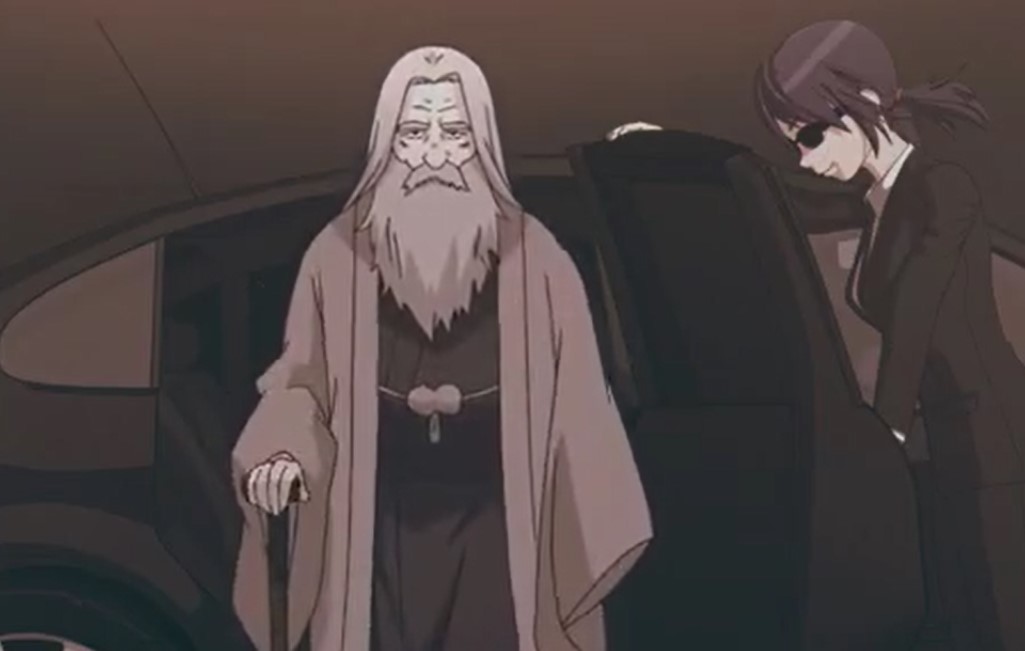 Alma welcomes Hayama and shows him the way inside the casino. Wanibachi told Chikage to identify and analyze the people attending the auction quickly. Alisa spot Nguyen from arms dealer Hanoi Farm. She also saw the members of the Bathala smuggling ring. Miyabe said he could see Dario Goldoni from the Falcone Familia. Gina and Aristarif from the Russian mafia group Spiritus.

Wanibanchi comments that those criminals from across the globe have gathered here for the Ex-Arms. Wanibanchi comments that it is a golden opportunity to catch them all in one fell swoop. One of the ladies bumps with Alma, and king Al Jarde helps Alana to get up. The other lady asks him why he’s helping the android. Al Jarde said he cares about beauty, not who the person is. The auctions started, and the actioners address the guests who are attending the show.

He told the guest to take a look at the Ex-Arm lineup available today. The actioner reveals that their first piece played a major role in the suicide bombing here on the Megafloat. It shook Japan to its very core, and it is an Ex-Arm that can turn people into bombs, Number 9. The second one is the mystery Ex-Arm that’s making its way onto the market for the first time, Number 16. Today’s main attraction is the legendary creation behind the famous Tokyo Attack, Number 11.

The auctioneer reveals that the highest there bidders will go home with those three Ex-Arm. Hayama thinks that he will get Number 11, and he can’t let criminal scum have it. The criminals team up and Alma finds a message that everyone who cooperates with Hayama will be killed. Alma and others unlock a genetic code level 3 and help Hayama to escape. But on their way, they encountered an Ex-Arm that battle with them.

Please take a look at how Natsume had revisited his past here Ex-Arm Episode 7  before he met with the accident and become Number 00. Let’s meet again on Monday after episode 7 is released.