The Owl House Season 3 Episode 3 release date is almost here, and we are pretty excited. The series throws light on an animated drama series that has the main genre of fantasy as well as drama in the lead. Dana Terrace has created the show for the Disney Channel. After two successful seasons of the same, the series was renewed for a third one which has only started airing recently on the network.

In the lead, we see a teenager named Luz Noceeda. She belongs to the Dominican-American community and obviously is a human. Although, her life completely changes when she comes across a portal that opens up in the Demon Realm. Here, she comes to the Boiling Isles and makes friends with the friendly witch. Soon, she gets to understand the hierarchy of this new place and how there is corruption all over.

At the start of the third season, we see that Liz and her friend go back into the human world. Despite that, they are trying to get back as soon as possible to the Boiling Isles and thus are trying to find a way. Soon, the kids find out a map on the floor of the abandoned house. This shall lead them to the place where Titan’s blood is hidden.

At the same time, we see that Hunter is having dreams of Belos. He is actually possessed by him but does not know that yet. Later during the Halloween festival, the kids find out that Philip Wittebane actually had a brother named Caleb. Caleb was a troubled man who fell in love with a witch named Evelyn. 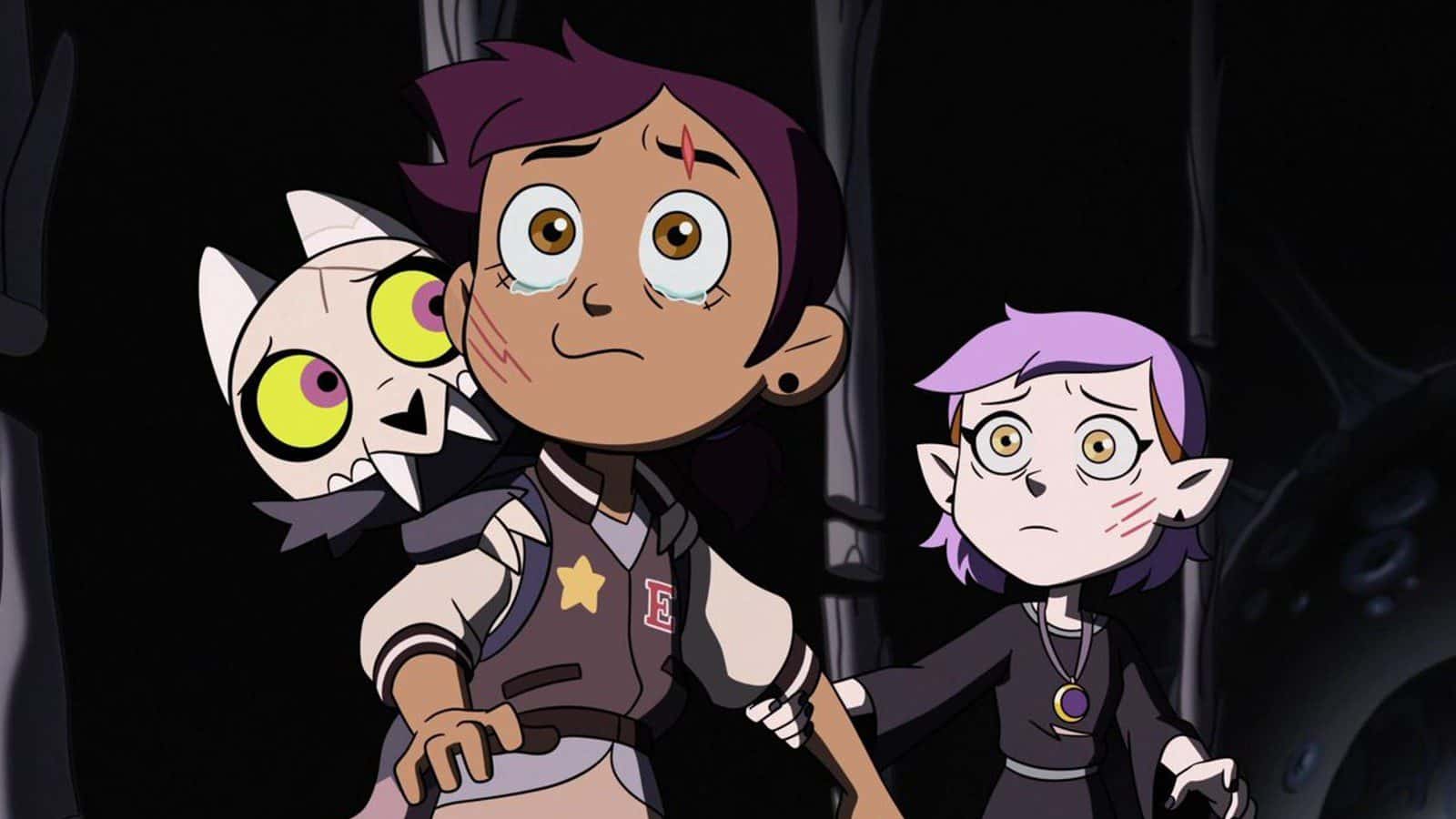 A still from The Owl House

Belos now knows about the whole Titan’s blood thing and tricks Luz into finding the same as he poses as Hunter. We see that Hunter gets away from the wrath of the Demon King but injures himself in the process. Here, his friend Flapjack comes through and sacrifices his life for him.
Well, there was a huge gap before we finally got to see the second episode of the season.

In The Owl House Season 3 Episode 2, titled For the Future, we see that Liz has now finally come to the Boiling Isles with her friends. There have been a lot of changes since the time she left the place. The most significant one was the fact that the Collector had transformed the denizens into puppets. Obviously, the higher officials are still in their original form.

King is against hunting the Collector. Although, Belos is adamant and tricks Collector into thinking that everyone dislikes him. The friends soon find the Owl House and run to safety. As for Boscha, he has started ruling the school and strictly denies any help to the group.

It turns out that Boscha is not Boscha but Kikimora, who is angry at Amity as she leaves the group. The kids then try to get the situation under their control. After everything has been sorted, they escape from the Collector’s castle. By the end of the episode, we see that Liz’s palisman finally hatches. It happens to be a snake shifter.

The Owl House Season 3 Episode 3 release date is on the 28th of January 2023 if the show is finally coming back for a regular release schedule. This is an expected date that is subject to change. The entry will drop out in the Disney Plus platform at 9 PM Eastern Time.

How to Watch The Owl House Season 3 Episode 3

The Owl House Season 3 Episode 3 will air on Disney Channel at all costs, even though its date is not confirmed to the fans yet. As for the previous episodes of the season, we see that they will also drop out on the platform on the 8th of February, 2023. Each episode runs for about 44 minutes on the channel, as we have mentioned in the broadcast details. It is awaiting its streaming release as of now.