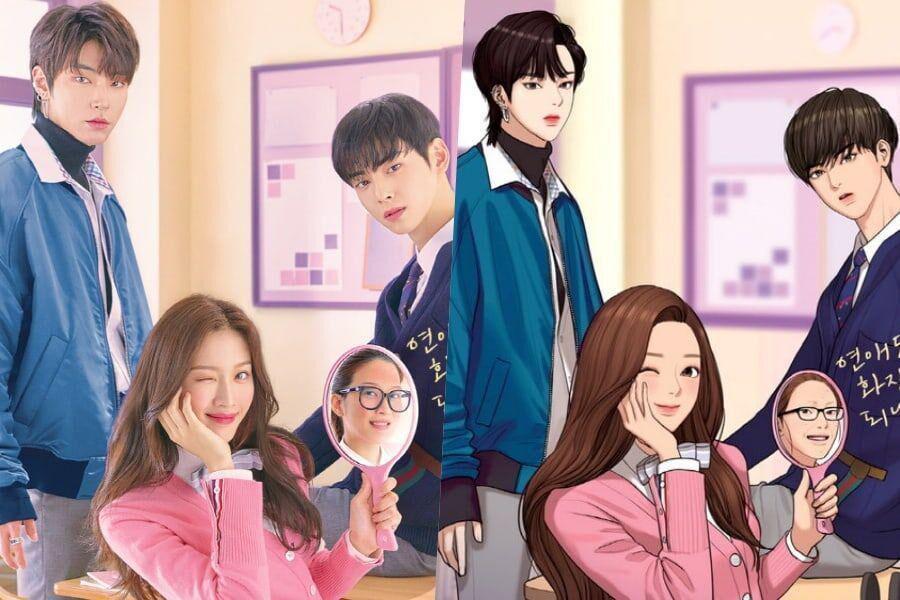 True Beauty is the current hottie of the K-drama town. Everyone is talking about it. From fans in the west to people in South Korea, all of them are obsessed with the show. And now the fans are looking forward to True Beauty episode 9. Therefore, we thought of sharing all the updates regarding the new episodes. From release date to cast to upcoming storyline, everything will be down below. So, go ahead and catch all the updates on True beauty episode 9.

True Beauty is a South Korean television series. It is based on the Line webtoon of the same name by Yaongyi. The show premieres on the tvN network in South Korea, and it made its debut on December 9, 2021. Overall, True Beauty will have 16 episodes. And it has recently premiered its eighth episode. This means the show has come halfway, and now the storyline is stuck in the middle. More drama is on its way. 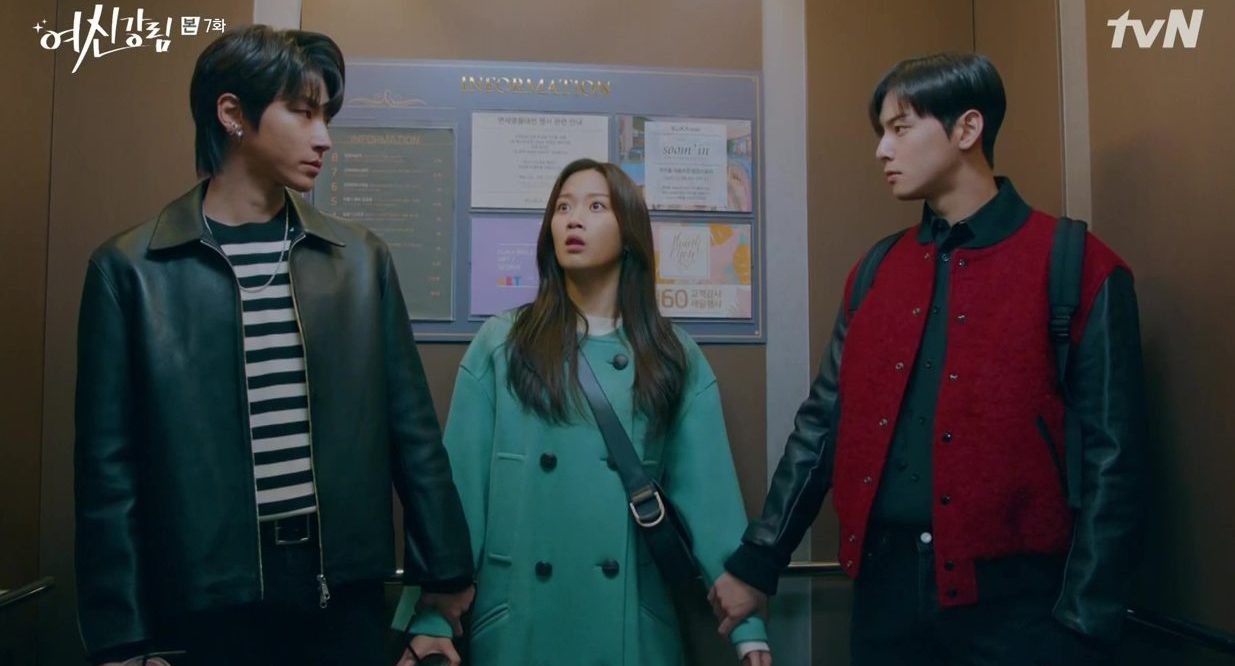 True Beauty is a story about a high school girl, Lim Ju Gyeong, who often gets bullied because of her looks. Also, she is looked down upon by her classmates and is considered ugly. However, Lim Ju Gyeong soon learns and masters skills of makeup and turns herself into a goddess.

Even though she is now more beautiful, Ju Gyeong lives in constant fear of her schoolmates finding out about her real self. Lim Ju Gyeong later finds herself becoming the object of affection of the most popular boys of the school-Lee Su Ho and Han Seo Joon. And the drama follows.

As we already mentioned, True Beauty is currently on its way to episode 9. The 8th episode came out on January 7, 2021. And Episode 9 will debut on January 13, 2021. Moreover, Episode 10 will release the very next day, on January 14, 2021. True Beauty premieres every Wednesday and Thursday at 22:30 (KST), only on the tvN network. It is only accessible to people living in the South Korean region. Thus, people outside South Korea can avail the show on streaming sites such as Rakuten Viki.

The show stars Moon Ga Young (Lim Ju Gyeong). Since childhood, Jy Gyeong is always discriminated against by her family. And later, she gets bullied by her peers for being ugly. To change her life, she masters the art of makeup and turns into the goddess of the school. Cha Eun Woo plays Lee Su Ho. Su Ho is a popular boy at school. But, he is always distant and cold and doesn’t care about what’s happening around him. Moreover, he has some dark secrets of himself.

Hwang In Yeop plays Han Seo Joon. The second male lead of the show, and the other popular kid at school. Despite being the popular and “bad boy” of the school, he is a nice and loving guy. Due to events from the past, Su Ho and Seo Joon broke off their friendship. Park Yoo Na is playing Kang Su Jin in the show. Su Jin is the actual goddess of the school- having both beauty and brains. She is also secretly in love with Su-ho. Su-Jin is also a victim of domestic violence, but she successfully hides it from people at the school.

True Beauty Episode 9: What To Expect?

The story is slowly moving ahead. And the fans can’t stop but blush whenever Ju Gyeong is stuck with Su Ho. In the last episode, the kids of Saebom High School go on a trip. Su-Ho decides to confess to Ju Gyeong there. But, he misses his chance. But, in the end, he confessed his feelings to her and kissed her. Daebak! Finally. 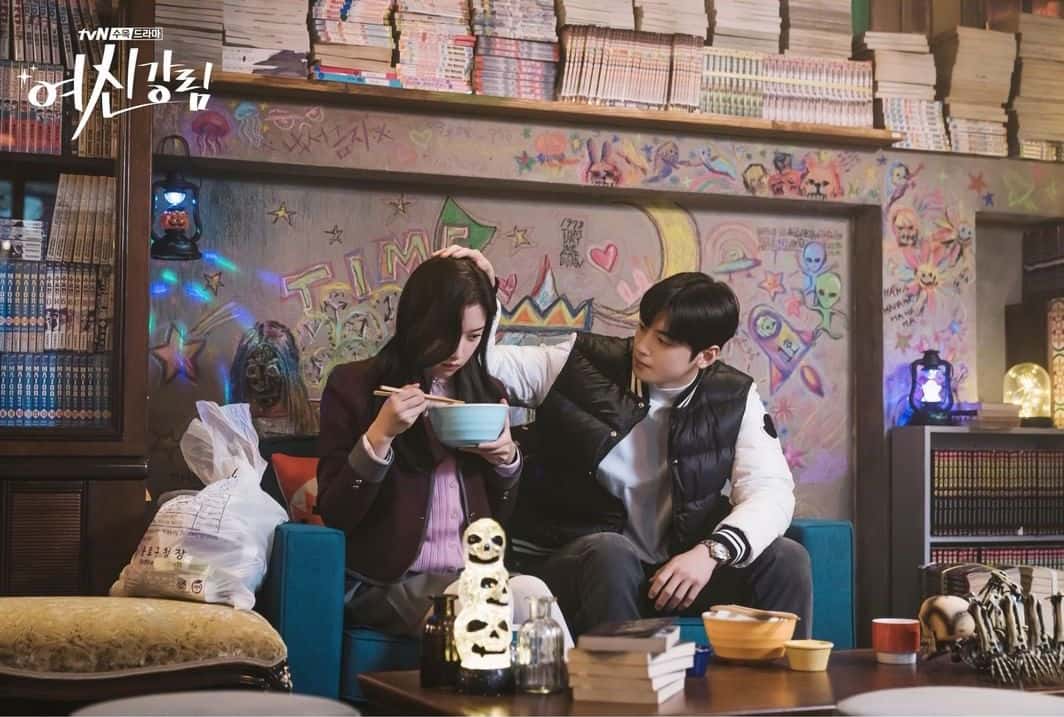 But that’s not the happy ending. Where Su-ho has expressed his feeling, Seo Joon is just behind him. Episode 9 will have a lot of drama. As Su-ho and Ju Gyeong will start dating each other, many people will get hurt. And the people hurting can be dangerous as well. Both Seo-Joon and Su-jin will be heartbroken. But will they find out, or the new couple will keep dating in secret? We don’t know. And the preview looks rushed too.

We see Su-ho and Ju Gyeong dating in secret to Su-ho breaking up with his new girlfriend during the class. NOOOO. We don’t want them to get together just to break up in the very next episode. Anyhow, We will get our answers in Episode 9. So make sure to check it out.