Fresh Off the Boat Season 6 Episode 14 and 15: Release Date, Time, Streaming and Preview 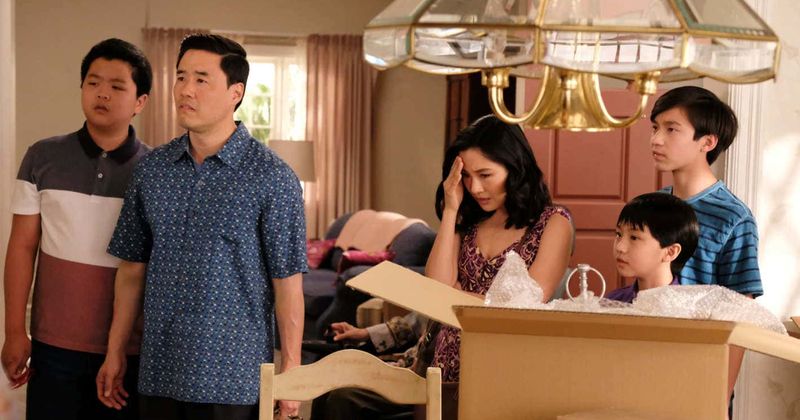 Fresh Off the Boat Season 6

ABC is going to bring the comedy, Fresh Off the Boat, to an end after six seasons. The series’ finale is supposed to air on February 21, 2020, Friday after keeping us hooked for thirteen episodes. Originally released on February 4, 2015, the fourteenth and the fifteenth episode of the season titled, ‘Family Van’ and ‘Commencement’ respectively, will be wrapping up the story of Fresh Off the Boat. We will be discussing the release date, time, streaming, and everything we know about Fresh Off the Boat season 6 episode 15, like we did last week. The fifteenth episode of the show will premiere just after the release of the fourteenth episode on the same day. The article contains significant spoilers, so if you do not want any spoilers about the upcoming episode, we will advise you to avoid this particular post.

Fresh Off the Boat Season 6 Episode 14 and 15 Release Date: What We Know

Created by Nahnatchka Khan and produced by 20th Century Fox Television. The series has taken inspiration from the life of chef and food personality, Eddie Huang, from his 2013 autobiography of the same name. The last two episodes of the series is going to premiere on February 21, 2020, at 8:00 p.m ET on ABC.

Watch Fresh Off the Boat Season 6 Episode 14, and 15 Online: Where To Watch

You can tune in to ABC for people having a cable subscription to the channel or stream the episodes on the official mobile application of the same name. The show is also available to be streamed online with Hulu + Live, DirecTV, Roku, and Hotstar. We will advise you to use official sites only for using pirated sites is not a correct way to watch the episodes as it doesn’t benefit the makers of the show much.

Parents: can’t live with them, can't live without them. Sending love from the #FreshOffTheBoat family! See you tomorrow, one last time. ❤️ pic.twitter.com/Jb5OmwvBQ6

Fresh Off the Boat Season 6: All We Know

Set between the years of 1995 and 2000, Fresh Off the Boat is an American sitcom television series that depicts a Taiwanese-American family migrated from Washington, D.C., to Orlando in which a hip-hop-loving Asian kid, Eddie, is raised by a father obsessed with American things and a mother who is often bewildered by their culture. The series casts Randall Park, Constance Wu, Hudson Yang, Forrest Wheeler, Ian Chen, and Lucille Soong as the Huang family. In the upcoming episodes, we will be witnessing how the boys, Emery and Evan, will get a chance to sneak out in search of Washington, D.C., time capsule, taking advantage of the opportunity, when the Huang family’s van takes a turn for the worst. Jessica will be seen grappling with her vision of the future, as the boys are each realizing what their own goals in life are.

F1 2020 Game: Release Date, Gameplay, Trailer And All That We Know