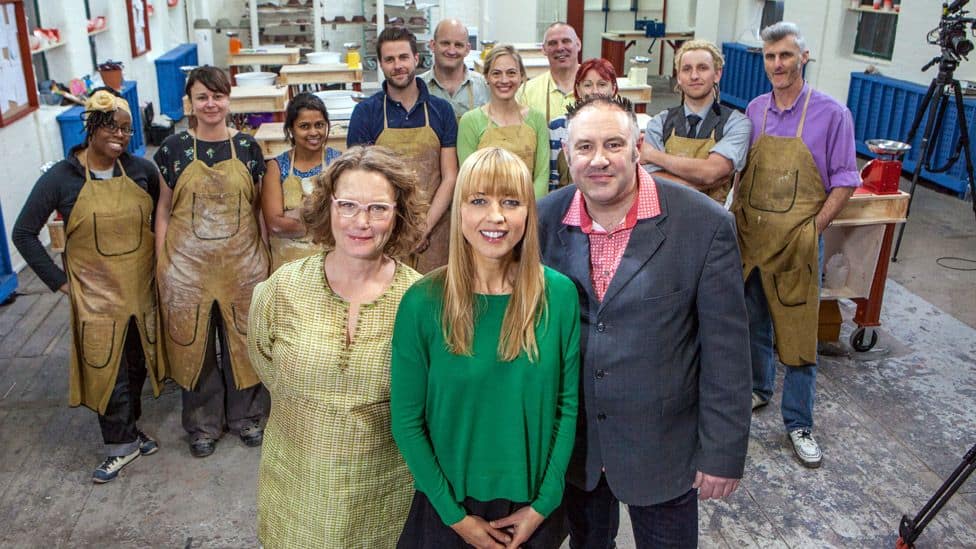 Siobhan McSweeney, the Derry Girls actress who resumed Throwdown duties on crutches last year, is also returning as the host, having been temporarily substituted by Strictly Come Dancing 2022 star Ellie Taylor due to a serious bike accident.

There are various inventive hurdles designed to put the potters’ skills to the test, as is traditional. “They must create a trio of flying birds based on Hilda Ogden’s ducks on her Muriel on Coronation Street,” Siobhan explains. There’s also an ‘abstract’ coffee set and some great tile-making during bathroom week. 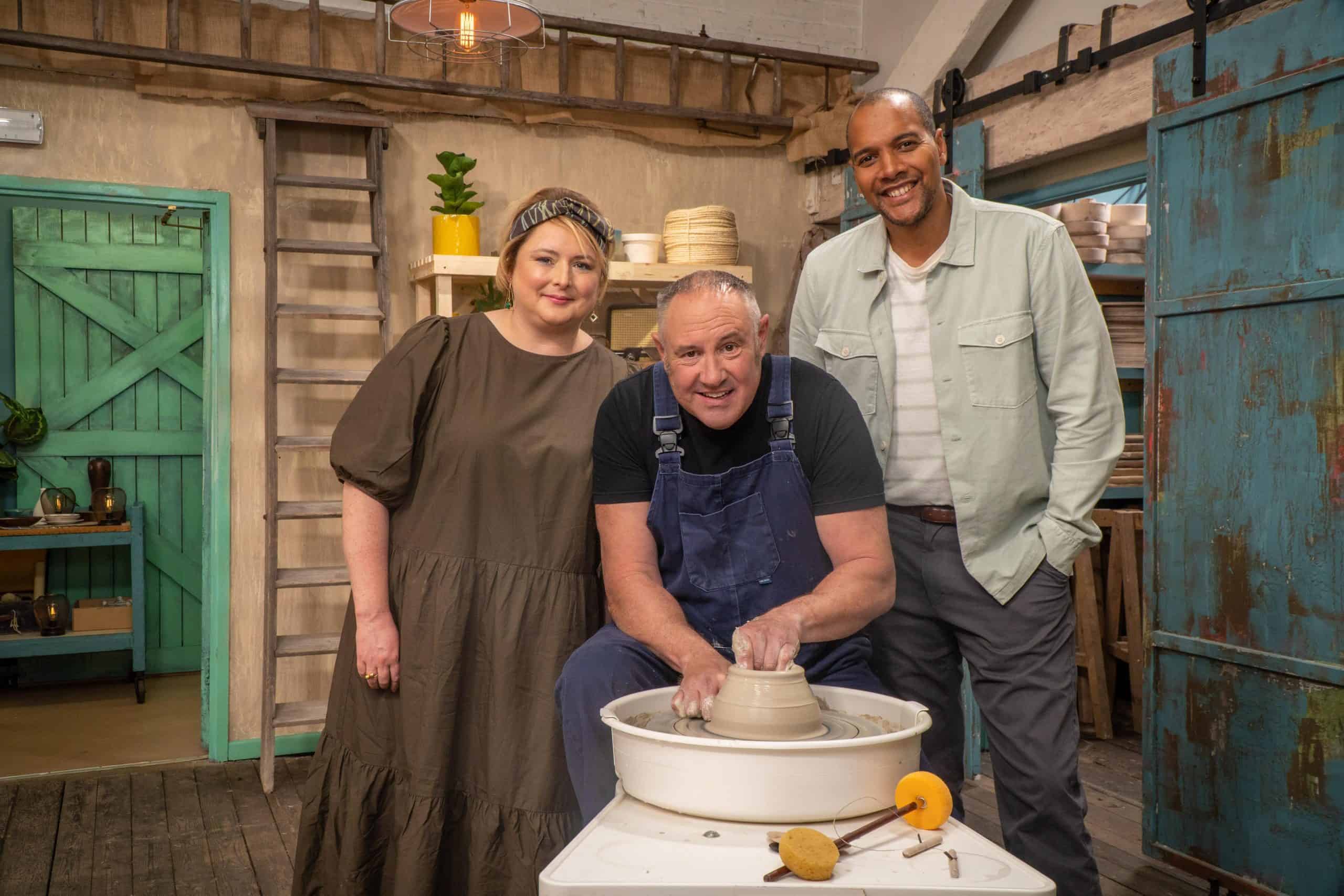 More seasoned potters will also visit the museum in Stoke-on-Trent to put the participants through extremely difficult skill tests. “We had a guest potter who has been making chimney pots since he was a child and did this pie crust design on top of each pot,” Siobhan says. “No one will see it, so it’s that old-fashioned idea of doing something gorgeous just for the sake of making something beautiful.”

The Great Pottery Throw Down Recap

As the clay duel begins at the wheel, judges Keith Brymer Jones and Rich Miller assign the potters two tasks: to throw a children’s crockery set and ceramic milk bottles. The final 11 potters are required to create a blindfolded pendulum wall clock. The judges, Rich Miller and Keith Brymer Jones, must decide who is the week’s potter and who must leave the pottery.

It’s Garden Week, and the eight remaining potters make a trio of character gnomes before being challenged by guest judge Adam Keeling to create a sea kale force. Before putting their repeating-pattern talents to the test with guest judge Orla Kiely, the potters create a colorful pair of very detailed glazed bowls. 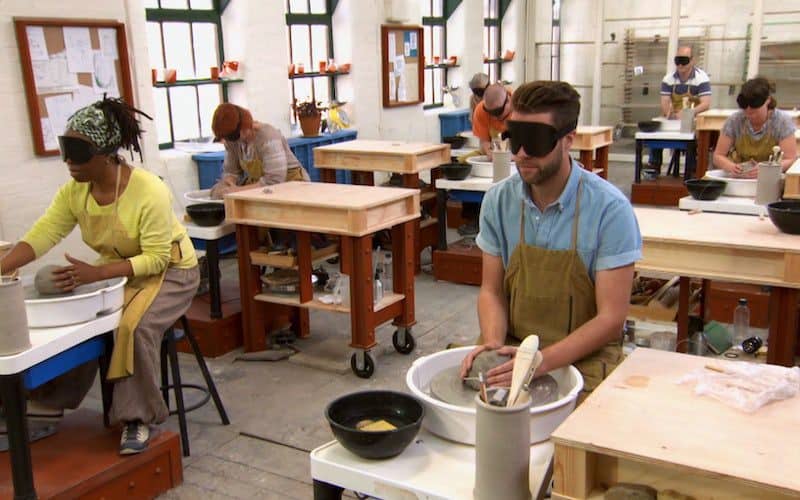 During Wildlife Week, the potters handcraft a table lamp, compete in a Throw Down, and are surprised by a familiar figure. Who will reach the quarterfinals? Siobhan McSweeney will host the quarterfinal, in which participants will draw a self-portrait and construct their sawdust kilns.

They must make candlesticks under pressure for the second assignment before judges Keith Brymer Jones and Rich Miller select who advances to the next round. Siobhan McSweeney presents a bathroom-themed semi-final in which the potters must make fully working urinals and copies of Wedgwood Jasperware.

The series’ judges, Keith Brymer Jones and Rich Miller must make the most difficult choice of the season: which three potters will advance to the grand final. The competition’s conclusion is hosted by Ellie Taylor and Siobhán McSweeney.

The finalists must design a garden totem sculpture that reflects their life story in the first stage. Rich Miller then puts them through a magnificent devil’s labor task before determining which of the three potters would be proclaimed winner this year alongside colleague judge Keith Brymer Jones. 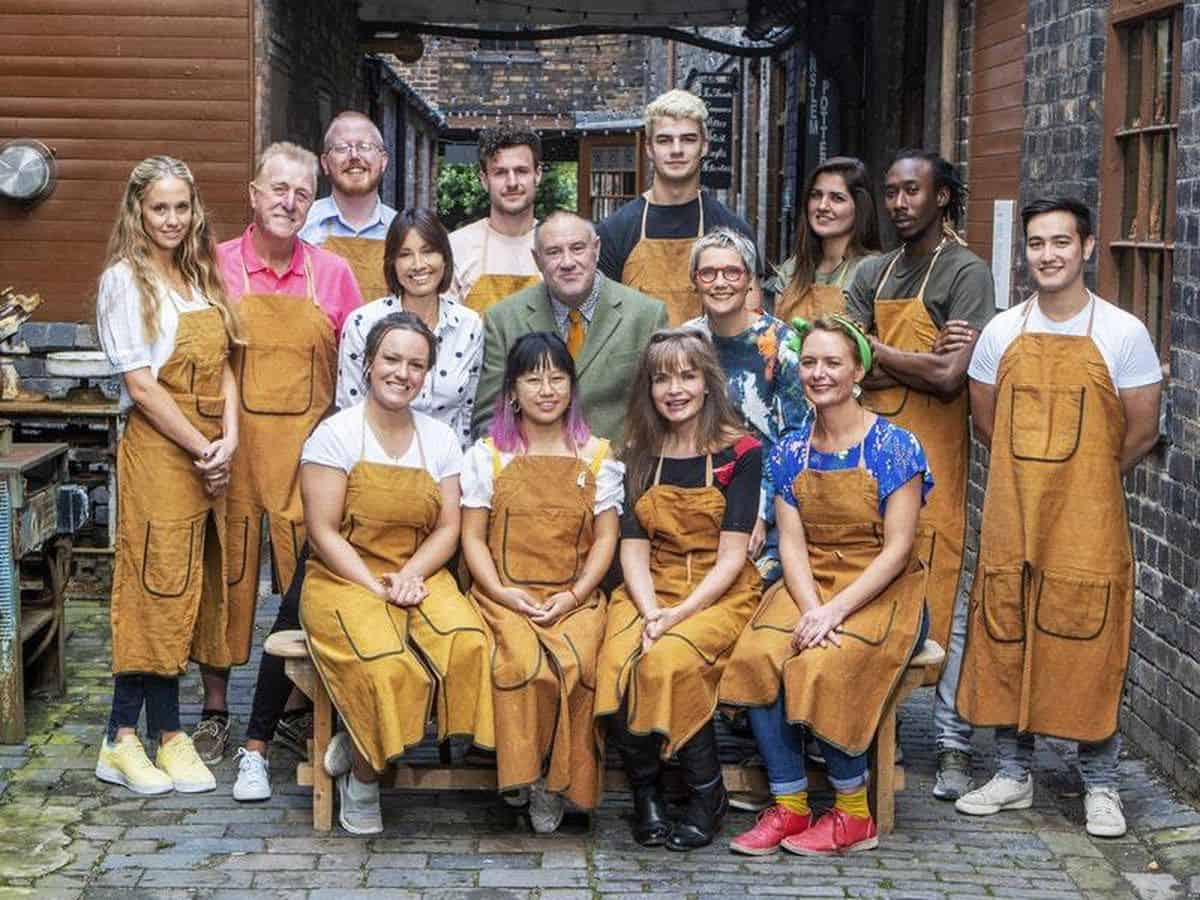 Where to watch The Great Pottery Throw Down?