Scar on the Praeter Episode 2 Release Date, Spoilers, Where to Watch Online? 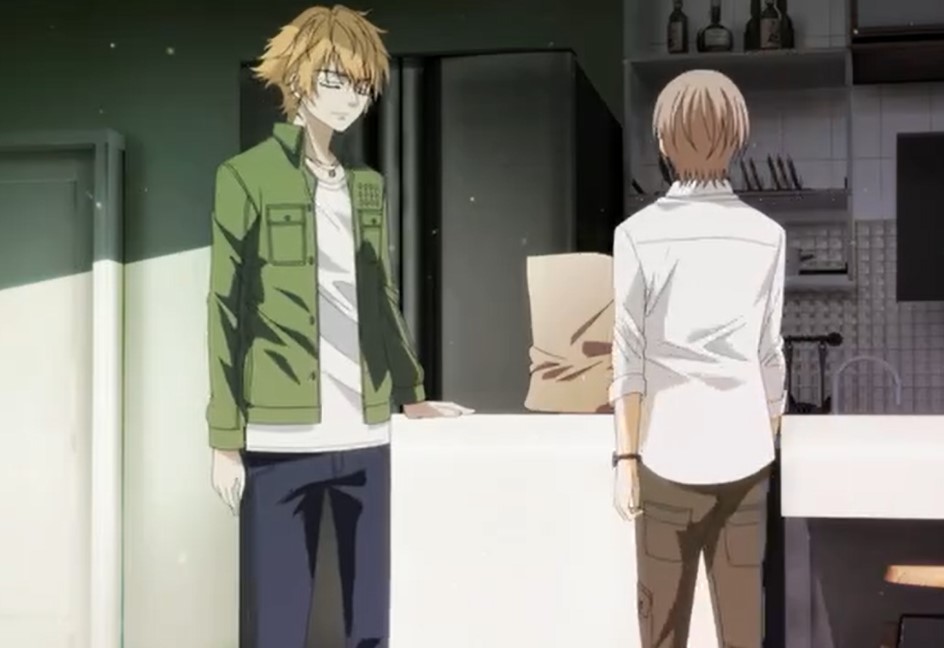 Four years earlier, in Tokyo’s Aksuki Special Ward, it was a town that was forsaken by its country. Beyond the law’s reach, the town saw a brisk trade in arms and contraband and caught ups in armed conflict between firms seeking to monopolize brisk trade. Many ward residents sought refuge outside the special ward, and some orphans and those who cannot make a living on the outside continued to live within this lawless district.

During the war, Eiji protected the orphans from gunshots using his body as a shield. The lawless district has its heroes; despite having been forsaken by the state, the Akatsuki Special Ward manages itself and functions as a town.  The seediest part of town is called B1. It’s a dangerous place where poor, criminals, and outcasts wind up. That is where the heroes live. Yamato came back home with a smile that they gave him a discount on groceries.

The scar on the Praeter Episode 2 Release Date and Recap

The scar on the Praeter Episode 2 will be released on Saturday, 16 January  2021, at 1:55 AM. This Anime is available on its official streaming platforms such as  AnimeLab and Funimation. Take a look at the recent details below.

Previously on Scar on the Praeter Episode 1

Minato comments that it is their way of thanking Eji for what he has done for them. Yamato replies that even though they have paid him for saving them, they still did a great help. Minato said that it is tough to live in B1 since it depends on Yamato for food, a place to star, and everything. He asks Yamato if there is anything he can do to help. Yamato said that he is counting on him he can start by making dinner tonight.

Yamato took his pistol and head to work. Meanwhile, at B1 street, an unknown boy is shouting for help. He is being chased by thugs who tell him that they run the street and no one is going to save him. Yamato shows up and battles those thugs after taking them down. He introduces himself that he is Yamato Kai, and the boy wanted to reveal his name. He grabbed him and started to run away with him without knowing his name.

While they are trying to escape, Yamato said those guys are outsiders. Yamato tells the boy that now it is safe. As long as he keeps on hiding, they won’t find him again. He showed him a perfect hiding spot; while they talked, he saw another guy fighting with the thugs. When there are still surprised by his shooting skills, he took down another two behind Yamato’s will a single bullet. Yamato saw that the guy uses two revolvers, and he has a Cerberus tattoo, and he is the hero of Akatsuki, Eiji Arashida.

Eiji looks at Yamato, asking if he is a fan of his, and he said he didn’t know he has become popular. Eiji said he could give Yamato his autograph in exchange for that boy. Yamato refuses, and they both point the guns at each other. The two started fighting for that boy exchanging powerful attacks and doing each other’s bullets.  Yamato got defeated and realize that Eiji is the true hero of Akatsuki when he is pinned on the ground, Yamato smile back at Eji.

Eji points his two revolvers at Yamato. Eji shakes his two revolvers like a cowboy and puts them back, asking Yamato about the girl. Yamato explains everything and how he just wanted to spar with the hero. He is glad he did even though he has no match for him, and Eiji said they share the same goal. Yamato asks Eji if he was trying g to save that girl and Eji said yes. Eji reveals that his father asked him to rescue the boy who had been kidnapped.

Eji also said that the boy is smart since he saw that the hero has shown up and make his way to escape. Yamato said he is glad that Eiji is not his enemy, and Eji offers his hand, helping him get up. Eji calls Yamato that he is a fan of his, and Yamato tells him his name. The two started to get along, and the boy was sent back to his parents. When Yamato reaches home, he told Minato what has happened, and Minato is glad that Yamato met the hero.

Minato explains how Eji looks, and he asks how he was like when Yamato talk with him. Yamato said Eiji is the hero who ended Akatsuki conflict and protected this town. But Eji is even more amazing than he thought. Minato is glad that Eji is protecting the town and Yamato shows him a card that Eji gave him. After a few days, Yamato and Eiji met again, and they fight with the thugs and Yamato got badly injured after defeating the thugs. Eiji uses a healing technique and covers Yamato’s wounds.

The scar on the Praeter Episode 2 Preview

Today, we end our latest development of the next episode with all the above information and a preview. If you are interested in visiting this Anime’s official web, you can try project-scard.com.