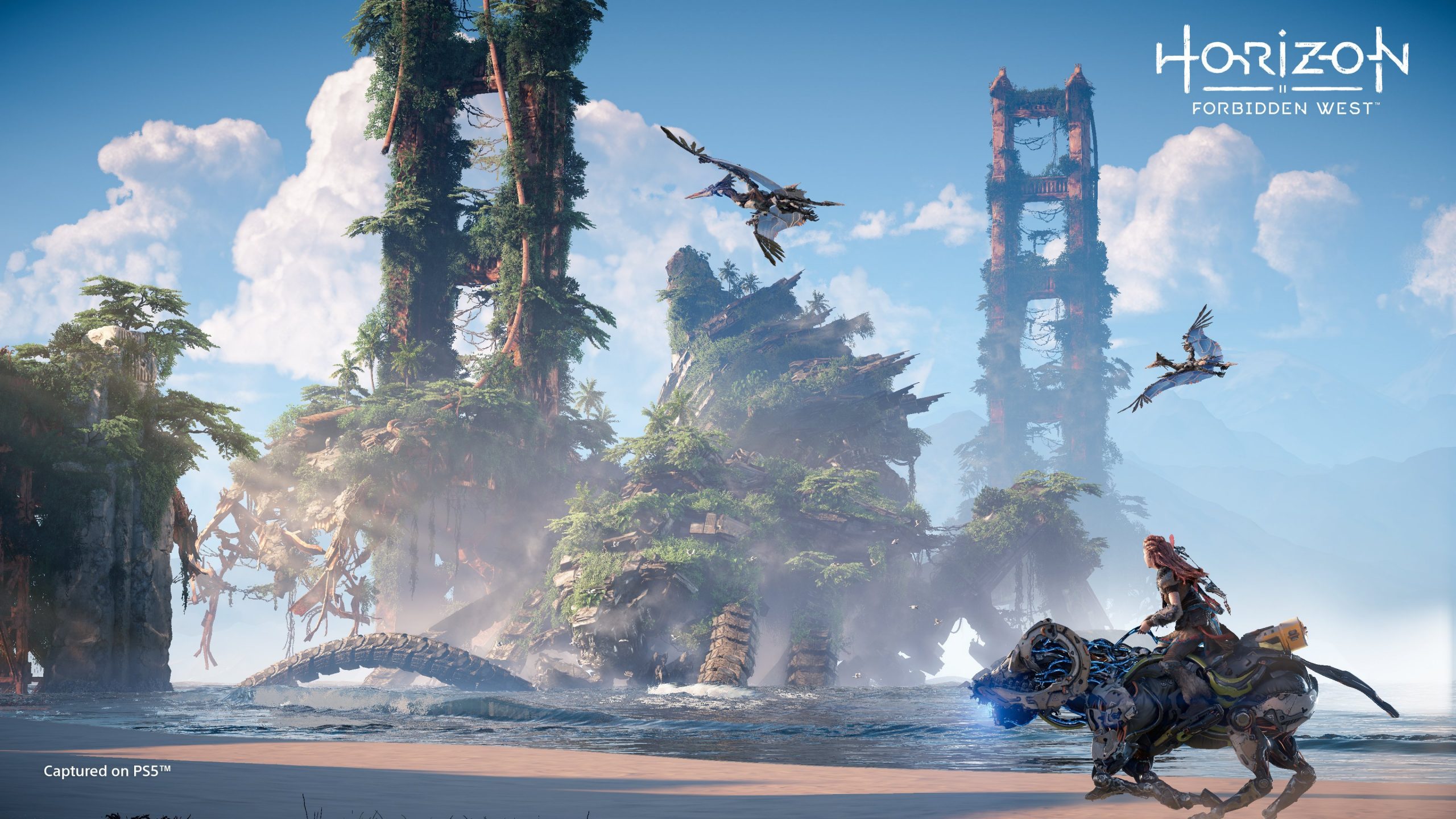 The Next Generation line-up of consoles just launched, and the hype is through the roof. With current standings, PS5 takes the lead on sales. Let’s look at 3 of the biggest exclusive games coming to the PS5. Like we said, taking into the statistics of the 2 consoles, PS5 seems to be leading in all aspects. So what about exclusive games? Playstation is usually the winner of exclusive games, be it the PS3 or the Ps4; it looks like it will be the same this time around also.

Let’s look at the differences that PS5 brought in towards gaming, all the upgrades, all the new additions, and more. So the console came out on November 12th, 2020, as the successor to the PS4.
This time there were 2 models available at launch, one with an Ultra Blu-Ray optical disc drive and another model that could only contain digital games, thereby lacking the disc drive and being a little less in price.

So what are the biggest changes in the console when compared to the previous one? PS5 ships with a super fast and super powerful SSD making load times and storage much smoother and simpler. 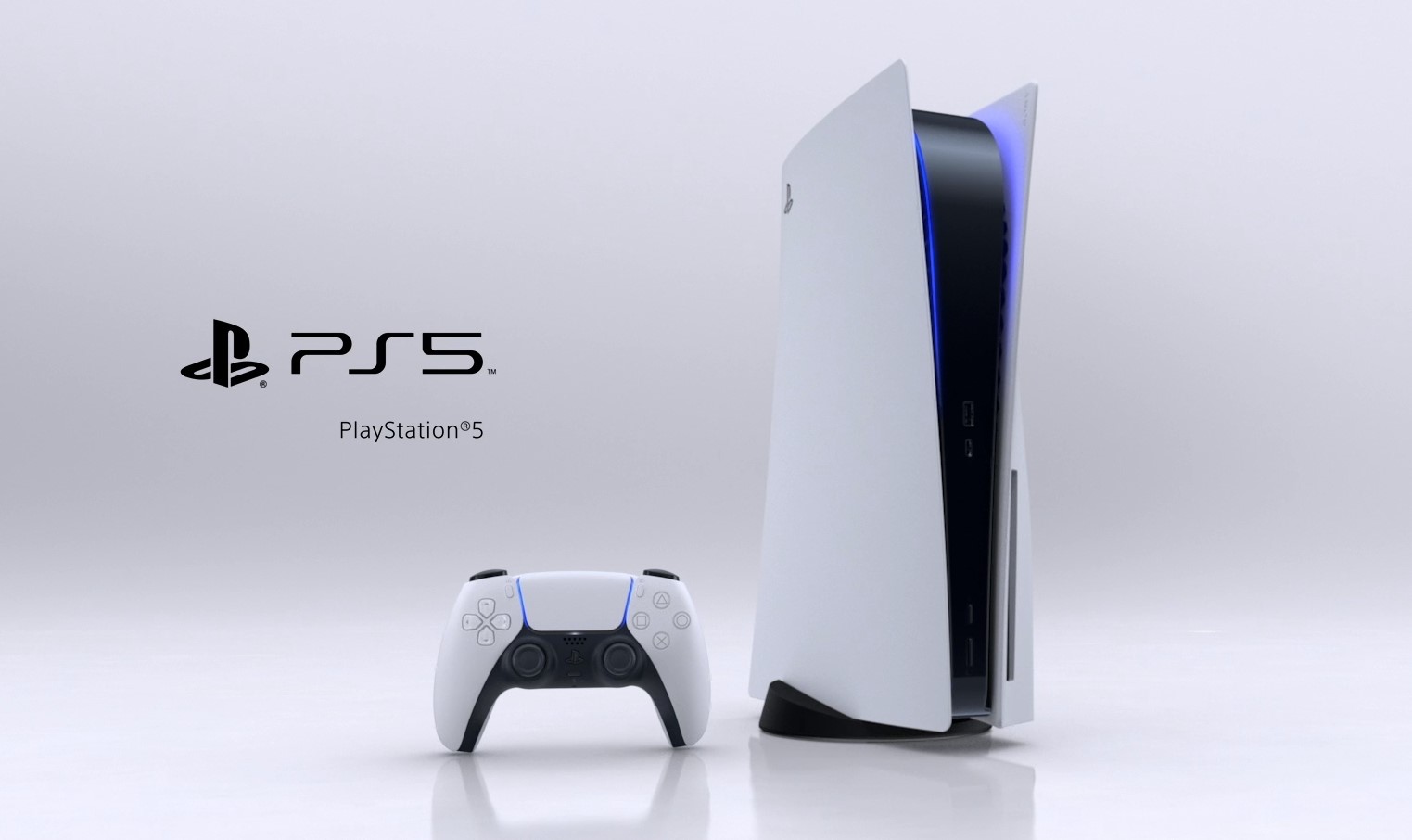 The next big feature would be its AMG GPU, which makes gaming at 4k with 120 frames per second possible and simple. Keep in mind to access this feature, a display device, a TV, or a Monitor that supports 4k gaming is necessary.

1 huge addition is the feature of Ray Tracing. This allows for super, realistic lighting effects and shadows. Games that will be released will be taking advantage of this feature from henceforth, the first one being Spider-Man Miles Morales. The console also features backward compatibility for the PS4 and VR games. Check out PsPlus for all new games that are being released for the consoles.

So now let’s look at some of the amazing PS5 exclusive games that are set to hit markets real soon:

The newest addition to the racing simulator series, Gran Turismo. Developed by Polyphony Digital, this title has been going head-on with Forza every year for the best racing simulator game. Last year Forza took the mantle, but this time Gran Turismo seeks to turn the tide with the powerful PS5.

From the short teasers and gameplay trailers, we really got to see how beautiful a game this will be. The game’s menu system looks very similar to the previous Gran Turismo 4, which was an amazing game. Maybe we can see some references to an amazing game.

GT Simulation Mode is also making its return, a single-player campaign that has seen it’s ups and downs. But let’s hope this time they get it perfect. 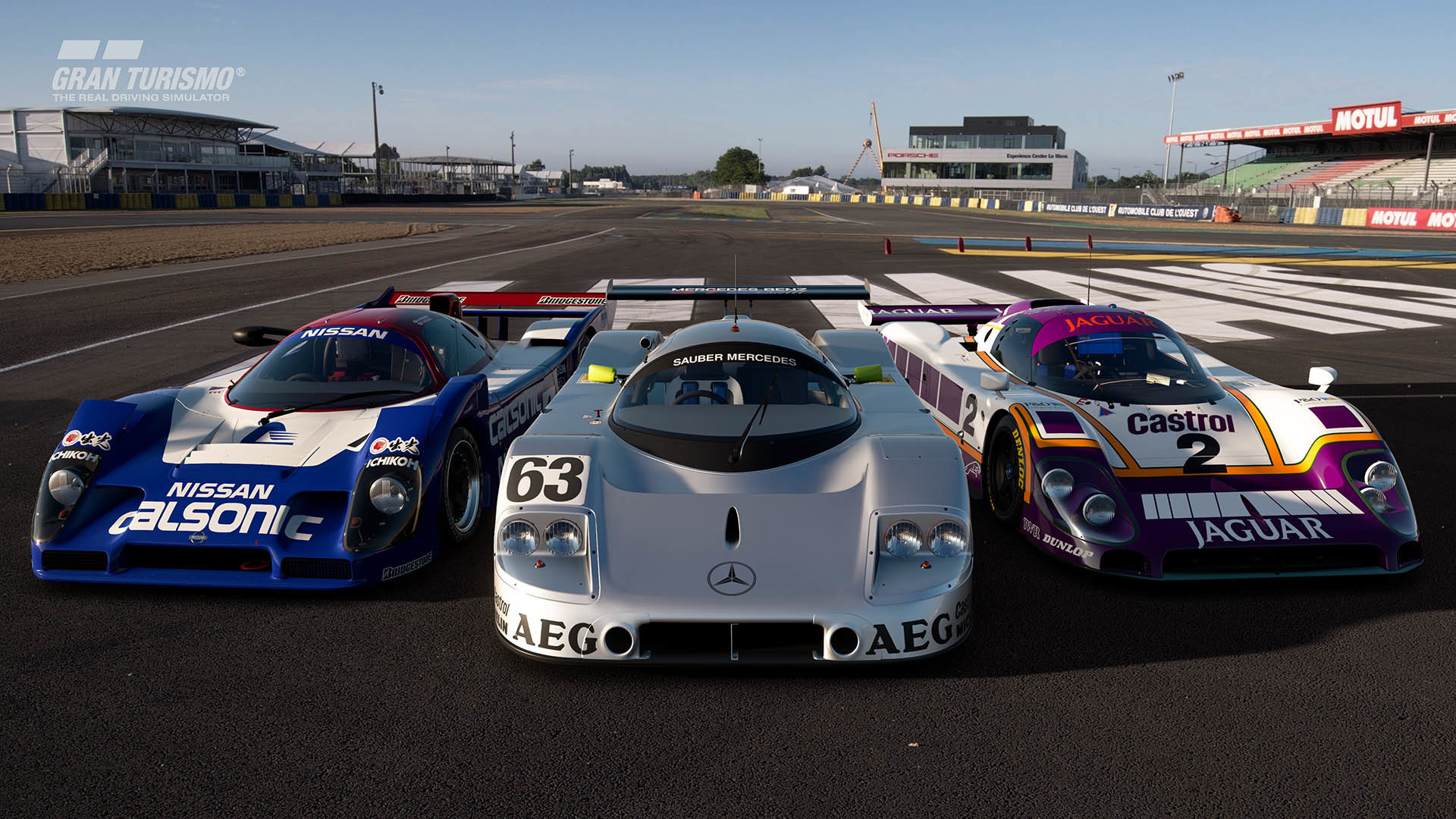 An array of other features and game modes were put up for display, like the Used Car Shop, Driving School, Championships, Special Events, GT Auto, GT Sport Mode, Brand Central, and Discover. A ton of old and new tracks will be available, the same goes for the number of cars.

But the best part is the game looks like it’s going to make use of everything the PS5 has to offer. The Ray Tracing could easily be the best of all, giving the players a much more immersive and realistic experience. Gran Turismo already has a reputation for giving us games that are so realistic and beautiful; with Ray Tracing and other advancements, this one’s achievements would be on another level.

They also mentioned that they would be utilizing the power of the amazing new controller the PS5 has to offer, the DualSense. By using the haptic feedback feature of the controllers, the immersive feeling of the game just doubled. It brings the players so much closer to the game.

Some of the other added effects would be 4K with 60 fps, 3D audio, making use of the new Tempest engine, and so on.

Gran Turismo comes out sometime in 2021.

A sequel to one of the most underrated games of recent times, Horizon Zero Dawn. The first game is not actually underrated anymore; it’s one of the best PS4 games ever to exist.

The issue of it not receiving massive fame when it launched was that the players were sold on the idea right then and there because the developers weren’t known for making such open-world ambitious games. But they were so wrong, and they were so happy that they were wrong.

People who played the first game know how great it is. We follow the life of Aloy, an orphan who sets out to find answers about herself and the world. The game is set in a post-apocalyptic world where the planet is filled with robot animals. Yup, you read that right, robot animals. From robot dinosaurs to robot crocodiles, there’ almost everything. 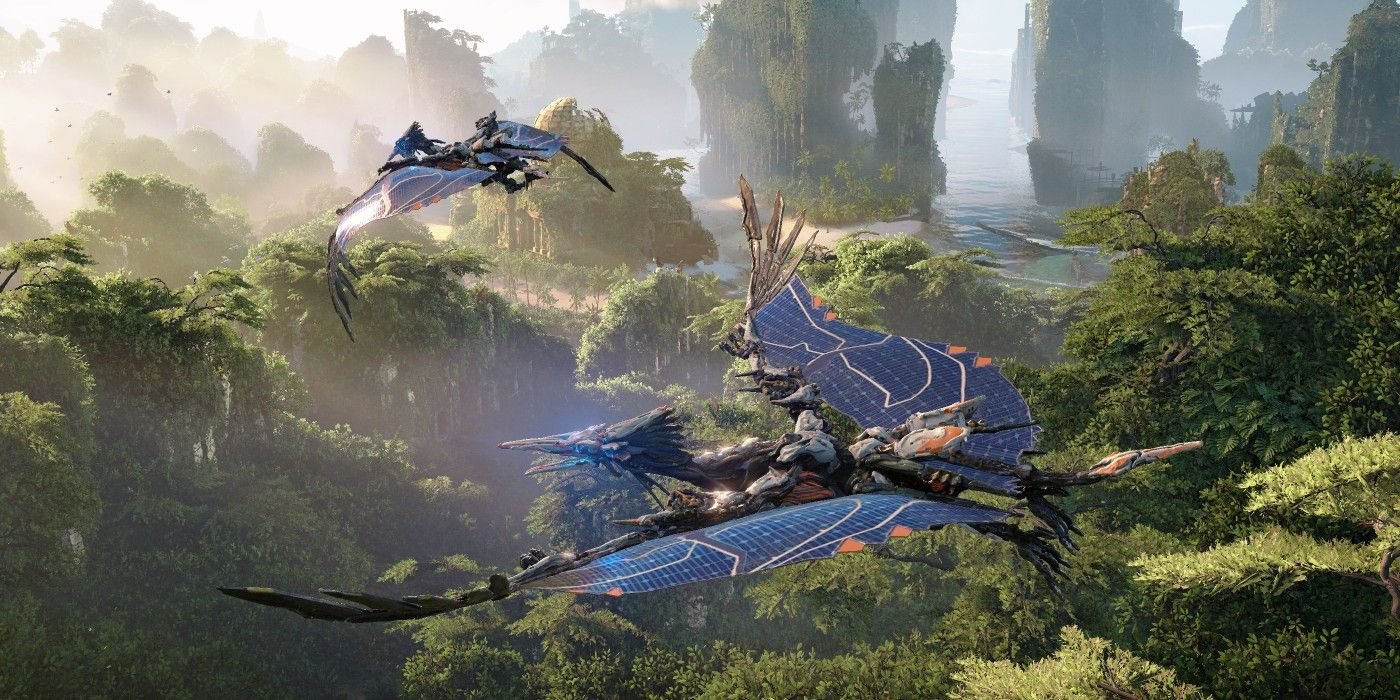 With such a cool concept, the game was a massive hit once people realized it’s worth it. Filled with amazing gameplay, an addictive storyline, and best of all, a wonderful open world, Horizon Zero Dawn captured every player’s heart.

Developed by Guerilla Games, Horizon Forbidden West continues the story of Aloy as she travels the destroyed world in search of answers.

This time around, there seems to be a plague that is killing every single thing it touches. It also seems to be corrupting all the robots leading them to go into a killing frenzy. The map is set in the destroyed lands of California, Utah, and Nevada. The map also features some iconic locations like San Fransisco, Yosemite Valley, and so on.

From the trailer, we understood that this time around, underwater exploration takes a little more importance. This means there might be some amazing underwater fights, secrets to uncover, and so much more.

The game, just like Gran Turismo, will take advantage of the powers that lay within the PS5. From reduced loading times to 4k gaming to haptic feedback throughout the game, this exclusive seems to be the one that has got the most attention.

Horizon Forbidden West releases sometime in 2021 for the PS4 and the PS5.

This is an upcoming first-person action-adventure game developed by Tango Studios and published by Bethesda Softworks. From the weird and scary trailer, we could make out most of what the game is going to be about.

By using paranormal powers and other psychic abilities, we are meant to defeat all of the ghosts roaming around the streets of Tokyo. The combat director of the game described the gameplay as “karate meets magic.” Those 3 words are easily one of the best ways we have heard someone describe gameplay.

Karate meets magic, mixed with the superpowers of the PS5 and some advanced game engineering; this could easily be in the running for the best new title award. 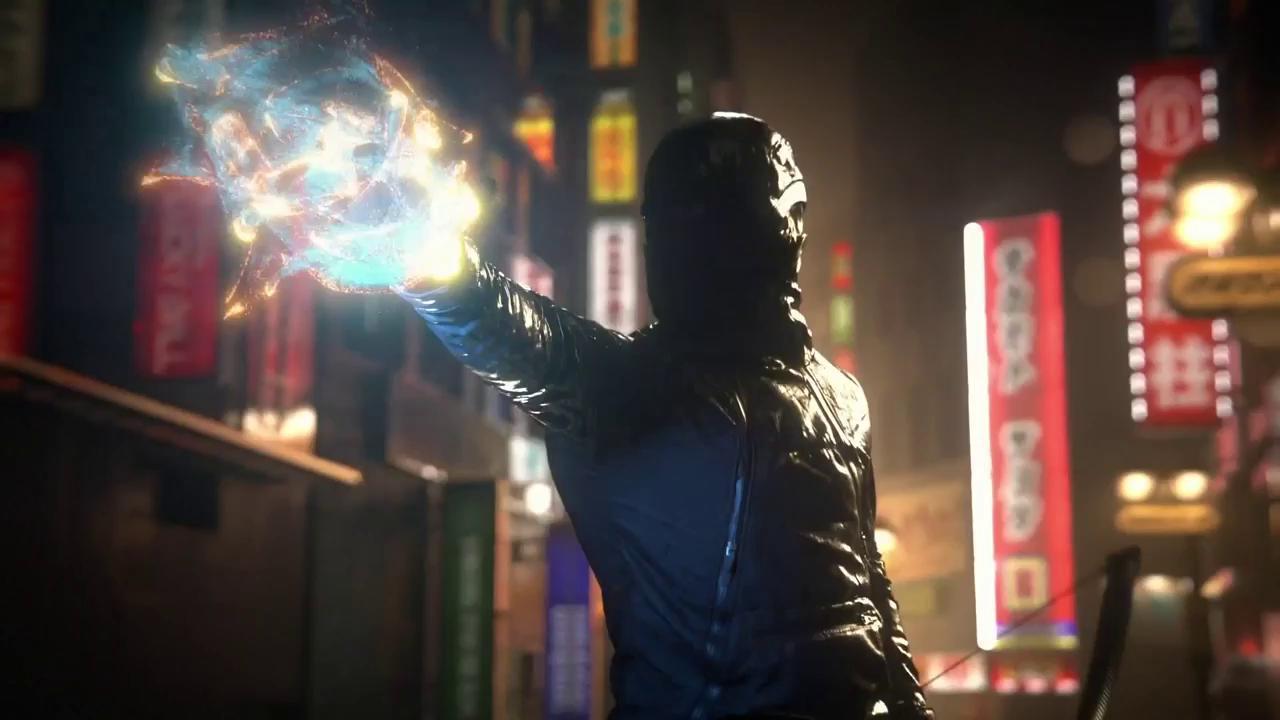 We also saw how when an enemy is weakened; their cores are exposed. Here we get to make some awesome takedown moves to take out the foe. For casting spells, the player using hand movements that seem to be inspired by Kuji-Kiri hand gestures.

So let’s look at the deep dark story of Ghostwire: Tokyo. Every single citizen from Tokyo seems to have vanished for some unknown reasons. After that happens, ghosts take over the land; here, the ghosts are referred to as “Visitors.”

Shortly after this, the protagonist starts to gain superpowers ranging from paranormal to psychic abilities. Using these powers, the character decides to take it himself to clean the streets of Tokyo and to bring back everyone who has seemingly vanished into thin air.

During the events, the character runs into a group of people wearing Hannya masks. These people seem to know a lot about everything that has happened here and probably has all the answers to what the character is looking for. So combined with some stellar gameplay and an addictive horror/thriller storyline, this could be an amazing entry to the Playstation family.

These are just 3 of the biggest games that are set to release this year. Some amazing exclusive games are already out for the console, like Spiderman Miles Morales, Godfall, and others. Keep in mind the console has only been released for 2 months now, and we have such a spectral lineup of exclusive games.

If PS5 keeps heading down this track, the console can easily defeat its competition with the name of exclusive games. We even have God Of War Ragnarok coming sometime in the future; the list keeps getting bigger.

Read: Games That Got Us Through 2020 – Gaming Recommendations

Higurashi: When They Cry – Gou Episode 14 Release Date, Preview, and Where to Watch?