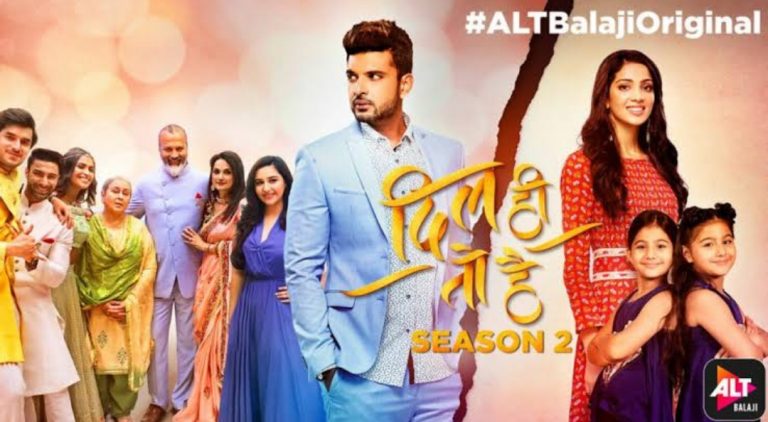 Dil Hi Toh Hai is an Indian romantic drama. The show has been created and produced by Ekta Kapoor under Balaji Telefilms. The literal translation of the title is ” It is The Heart Afterall.” The show came out on 18 June 2018 and starred Karan Kundra and Yogita Bihani. It can be watched on Sony TV.

The show has made two seasons until now. The first season came out with 90 episodes and the second season featured 40 seasons. Fans are now waiting for the third season of the show to come out.

The show follows the life of the Noon family. The family is a modern one, and Vijaypath Noon is one of the top entrepreneurs of India. He has a family that consists of his mother, wife, and five children.

The show focuses on Ritvik, one of the sons of Vijaypath, who is a pharmaceutical entrepreneur and has thought that women are only gold diggers. He has been through some trouble in his childhood, where his mother had abandoned his father for a more luxurious life elsewhere. Then we have Dr. Palak Sharma, who is known for her values and principles. She is in the medical field.

The show follows a complicated plot where Ritvik mistakenly kisses Palak in a dark room that begins their friendship. Then, there is some misunderstanding which follows many ups and downs in their relationship.

Who is in Dil Hi Toh Hai Season 3 Cast?

The main protagonist of the show is Karan Kundra and Yogita Bihani. Both of them are very talented actors with lots of experience in the acting field. The recurring cast includes Bijay Anand, Shahoor Agha, Poonam Dhillon, Akshay Dogra, and so on.

The third season has been confirmed, but Dil Hi Toh Hai Season 3 release date yet not disclosed. However, the previous two seasons were released in June 2018, and February 2019, and after that, there were no new episodes of the show. Hence, to align with the previous seasons, Dil Hi Toh Hai season 3 might release in June 2020, although it is just an approximation.