Erica and Safaree getting divorce

As previously stated, the couple’s divorce was formally finalized in the month of September, but this week’s episode, which was also broadcast in November, showed Erica sobbing on the phone with her lawyer after getting to know that she had filed for divorce. As per media records and more, it was concluded that people love them for being a lovely couple, and mostly they see them as a couple’s goals, but now as it is in the news that they are getting a divorce, it is hard to tell they are not anymore favorite couple.

When Erica learned that Safaree would pay her $4,305 in child maintenance as their child, her preliminary joy at the news of her divorce quickly changed to anger and frustration. Safaree and Erica Mena’s previous union was declared legally null and void after they agreed on the terms of their separation.

According to court records obtained by the TMZ team, the judge approved the divorce after the couple settled for an arbitral award. Among those conditions, Safaree will pay $4,305 in monthly child maintenance.

The “Love & Hip Hop” dynamic duo had been married for less than two years. Once Erica allegedly smashed up Safaree’s belongings and accused him of cheating on her while she was expecting their second baby. This effectively ended their marriage. Although it may sound harsh, for some couples, relationship breakdown is the only viable option. 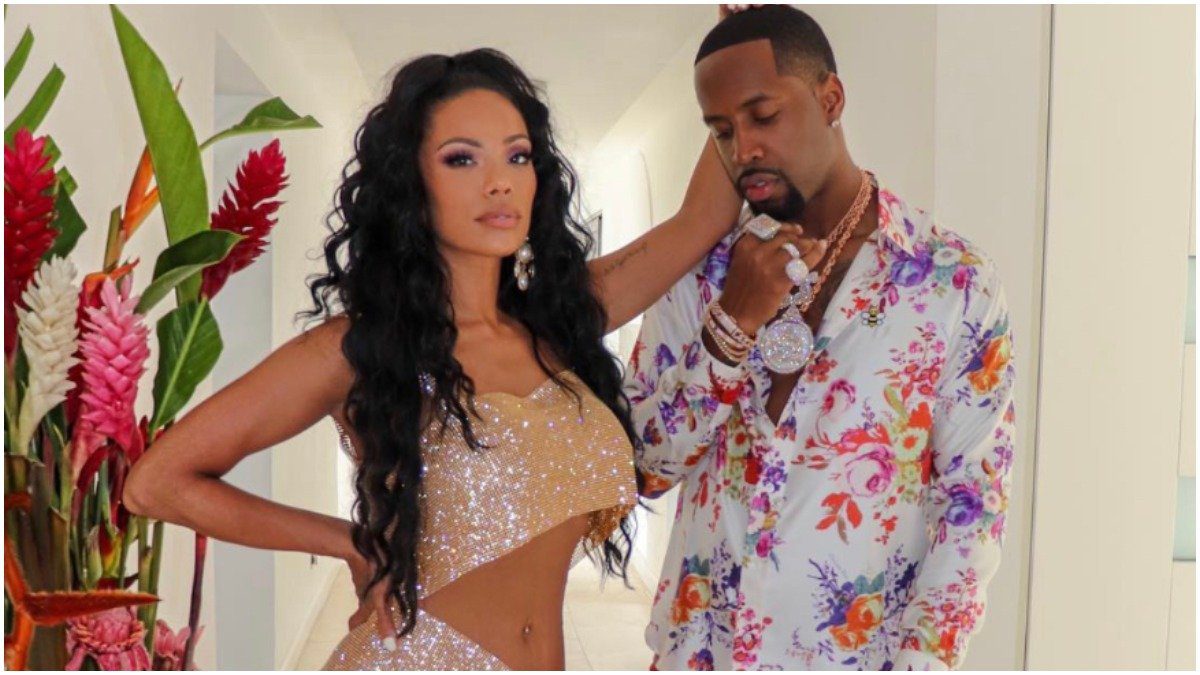 The couple finalized the conditions of their separation, according to TMZ reports and analysis. Data provided by the exit show they both are performing that a judge approved the divorce on September 12. Through an arbitral award, a process in which a disagreement is resolved by agreement between both parties, they were able to reach an agreement.

How much alimony is received by Errica from Safaree after the divorce?

According to the rules, Safaree must also pay $4,305 in child support to her daughter named, Mena, each month. The ex-couple had previously listed their Georgia house for $1.3 million and now will sell it as they are no longer together. Safaree and Erica Mena married in the year of 2019 and had two children with each other before calling it quits. Their relationship was openly displayed on social platforms and in the show named “Love & Hip Hop” for years. It was recorded and noticed by media that each can frequently be seen accusing the other of cheating, which would lead to other issues between them. Erica and Safaree decided to get a divorce.

Expensive and Luxurious lifestyle of the Ex-couple

The costly ring purchased by Safaree for Erica while they were dating was revealed to have been kept by Erica and will not be returned. Their $2 million worth of clothing, $50 thousand worth of jewelry, and over $25 million worth of automobiles were all disclosed during the VH1 star’s separation. The couple was living expensive and luxurious life things, surrounded by luxurious things, but unfortunately, can make it after that and, with mutual understanding, decided to separate their ways for good and for their kids. Further, Erica and Safaree owned a house worth $1.2 million, which the couple sold in 2021. Carlos King, a TV executive, purchased the home from Safaree as well as Erica for $1.3 million, according to TMZ.

Safaree spent a lot of cash and money on precious stones and rings for Erica while they were dating, but it has been revealed that Erica has kept them and won’t give them back after getting divorced. During the VH1 model’s detachment, their 20 million in apparel, $50 thousand in jewelry, and more than $250 thousand million in vehicles were all made public. Safaree, also Erica, owned a $1.2 million home, which they sold in June. According to TMZ, Safaree and Erica were paid $500,000 per year for the house by Carlos King, a television executive. There is a source of information, a rooftop master suite, and a lot of room for hosting visitors.

Reasons for splitting a couple

According to the couple’s statement about getting divorced, they both had trust issues with each other. Safaree cheated on Erica when she was pregnant, something that Ericca can’t able to ignore it. They both also abused each other emotionally as well as physically. They also decided that the custody of the daughter would be mutual, and Safaree has to pay enough amount of money for child maintenance and alimony to his ex-wife Erica.

According to Safaree, the decision to marry was the worst he had ever made. This was stated in February month, in the year 2021.  He also stated that “I promise I won’t ever be allowed to marry again,” the Love & Hip Hop star declared in a tweet, which made his fan for amusing and surprised all once. Erica and Safaree, the couple, decide to bring a kid.

Who will get custody of the daughter?

They decided to be equally involved in their daughter’s growth and education in order to give her the best long-term care because they believed their only daughter would suffer emotionally as a result of the separation.

As per Erica and Safari’s statement, a child’s mental health suffers greatly after a separation, and fights between family members kill their innocent happiness. At all costs and beyond, they will not allow their daughter to experience the hatred of their relationship. After receiving alimony, it was decided that Safaree would now be in charge of their daughter’s entire financial situation. Let’s see how the couple manages everything after their shocking divorce news.