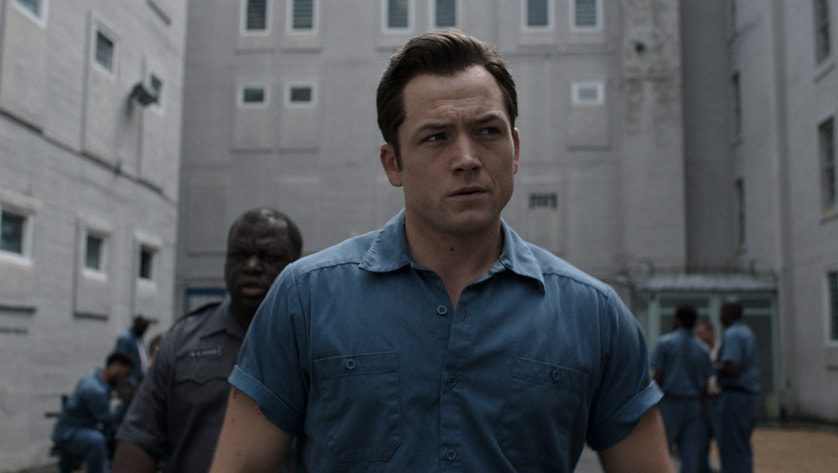 In Black Bird Season 1 Episode 5, Larry grows suspicious of Jimmy after being asked many questions from Jimmy. Then Carter mat tells Jimmy’s secret to a few inmates so that Jimmy speeds up the process of getting the money to him. Then there are chances that Jimmy’s father can die to add an emotional element to the show and to Jimmy’s character.

In the fourth episode, Larry and Jimmy, the two main convicts, take center stage with intercut flashbacks to their different childhoods. This enables a thorough exploration of the characters’ radically dissimilar upbringings and distinctive personalities, helping to clarify how they came to be imprisoned. The series features some top-notch performances and is always tense and unsettling.

The way Jimmy and Larry’s past lives have been shown in this episode of Black Bird is extremely interesting. It’s amazing to observe how closely Jimmy’s difficult upbringing resembles Larry’s, despite the fact that the two people present it in quite different ways.

Before diving into Black Bird Season 1 Episode 5, let’s quickly recap the previous Episode. In Episode 4, Larry and Jimmy start opening up to one another, revealing secrets and their differing upbringings with interesting results. As Jimmy tries to pull a confession out of one of its main characters, the show delves deeper into them. In 1973 Indiana, Larry feels forced to help his father dig up a grave so they can steal the jewelry and rings from the dead. His father is a terrible man who turned Larry into a monster. Jimmy and his father played football in Illinois in 1974. When Jimmy becomes successful, they talk about getting expensive cars. 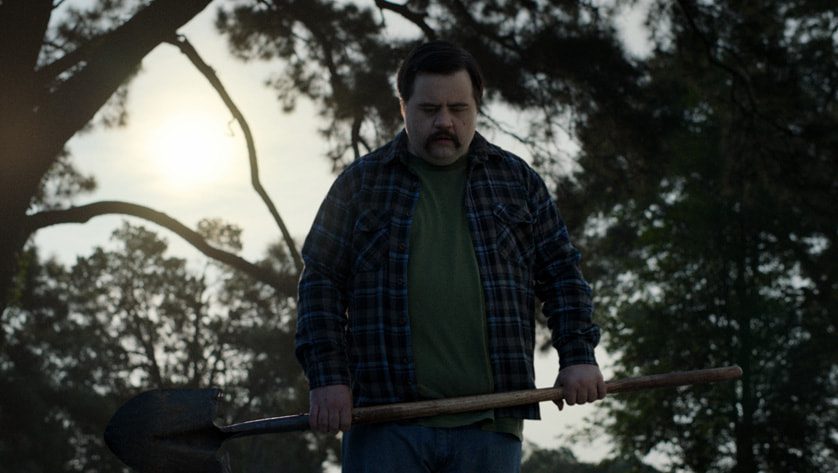 In the present, Jimmy searches Larry’s cell looking for evidence. In some adult magazines, he discovers horrifying images of torture and murder. Then Jimmy outlines the problems he is having in response to Carter’s request for money. Carter warns that if he isn’t paid, he will reveal Jimmy’s little-known secret to everyone. Larry starts to be suspicious of Jimmy and complains that he asks questions too much. Jimmy makes an attempt to hide his dislike of the murderer but comes off as defensive. When Larry notices this, he apologizes and says he is paranoid.

Later there is chaos at the prison, with security officers and inmates stabbed or attacked. After this commotion, Larry and Jimmy are assigned to clean the canteen. They talk about their upbringing. Larry recalls his youth as an optimistic time. Further flashbacks show Larry having to amputate a dead man’s finger to get their ring. They discuss high school when they are back in jail. Larry mentions eating animals and confesses to robbing graves.

Jimmy shares his mother’s story of evicting his father and bringing in a terrible man after doing so. This replacement dad used to beat his mother, brother, and him. Jimmy freely confesses that he considered murdering his mother. Excitedly, Larry questions whether he would “do things” to her and how he would murder her. Larry admits to using fluid to put ladies to sleep, giving away his horrifying criminal behavior. Gary, Larry’s brother, arrives and informs him that the police are watching him. Now we will discuss when will Episode 5 of Black Bird Season 1 will release and what will happen in it. 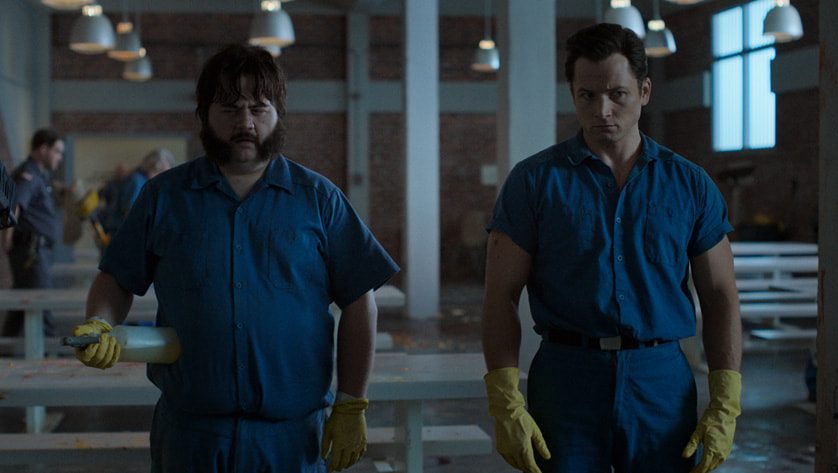 Black Bird Season 1 Episode 5 will release on 29 July 2022 on Apple TV+. In Episode 5, Jimmy will eventually ask about the locations of Larry’s secrets as he continues to reveal more information ever. Jimmy may cause Larry to become suspicious of him and stop participating in further conversations. Carter will keep requesting the money from Jimmy, and he may even reveal his secret to a few other prisoners, all in an effort to get Jimmy to move more quickly.

Outside the show, Lauren and Brian will return to look into Larry’s numerous offenses. They’ll hopefully find some crucial information that they can utilize to bring the murderer to justice. Jimmy’s father might pass away, causing the criminal, who is already on the verge of a breakdown, to become even more emotionally unstable.

Episode 5 of Black Bird Season 1 will air at 2 am PT on Apple TV+. New episodes of Black Bird are released every Thursday. The only place to watch Black Bird is on Apple TV+. Like many other streaming services, Apple TV+ is attempting to build up its collection of exclusive shows. With no other options accessible, such exclusive content forces users to sign up for the streaming service. Thankfully, the platform offers a 7-Day Free Trial option for new users. After that, a $4.99 monthly subscription to the service is available.