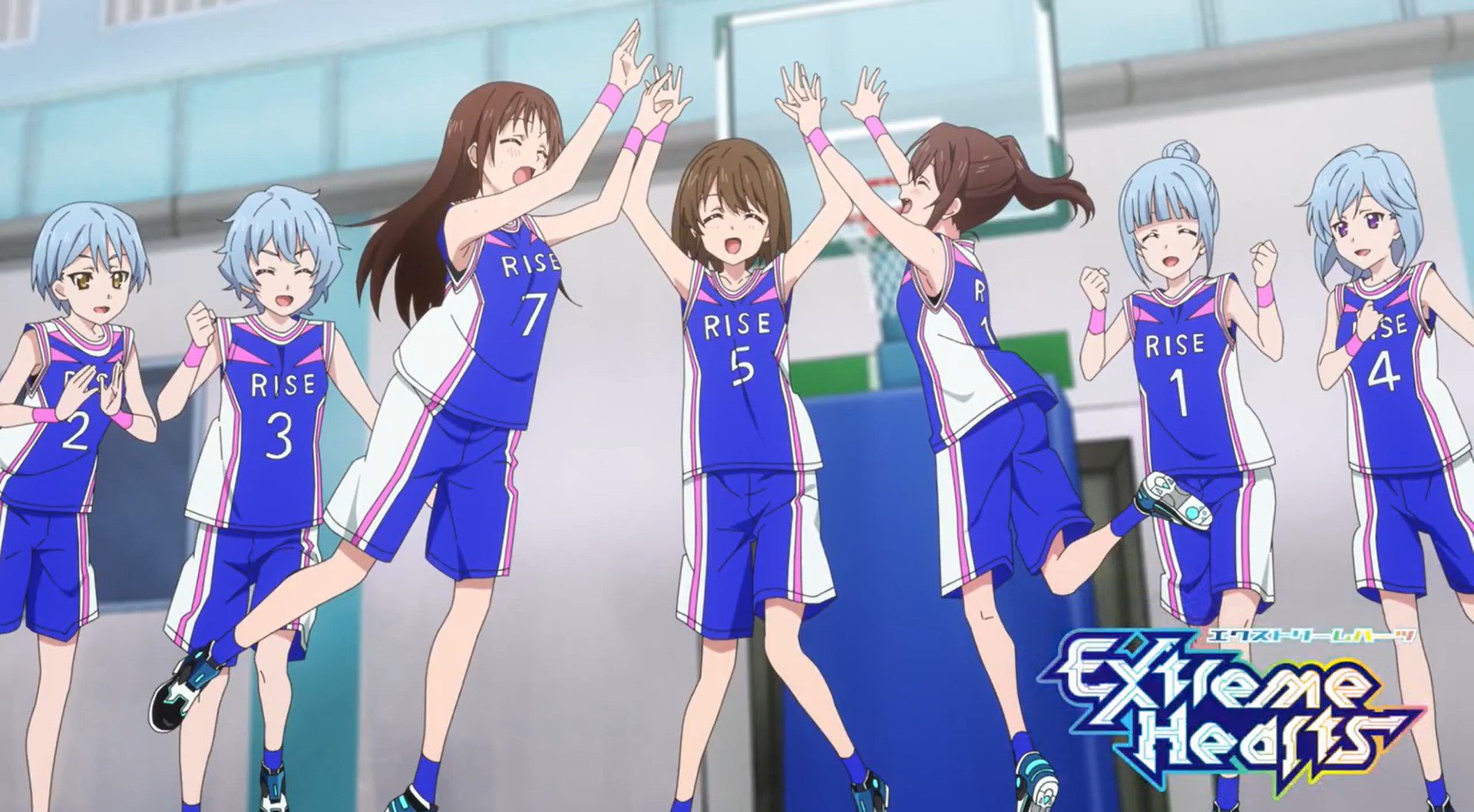 Extreme Hearts Episode 4 is set to release this weekend. A Japanese animated television series created and written by Masaki Tsuzuki, the creator of Magical Girl Lyrical Nanoha and Dog Days, directed by Junji Nishimura and animated by Seven Arcs, Extreme Hearts premiered in July 2022. Until now, only three episodes have been released of this anime, and this series is getting popular among sports anime fans.

The plot of the extreme hearts focuses on the life of Hiwa Hayama. At the end of the story, Hyper Sports will be very popular. People will be crazy about it. It will be popular among adults, teenagers, children, and even little ones. Hiwa’s singing is so passionate that she started her solo song during middle school. She composed the song on her own. But the situation will force her to join Hyper Sports. Saki Kotaka and Junka Maehara are her most fabulous friends. They share an unbreakable bond. They come from different backgrounds, but one thing binds them together. It is so exciting to see a trio of artists that were top at what they did. Like Hiwa, who was an incredible singer-songwriter, Saki, who was a superb soccer player, and Junka, who was a great basketball player.

We see in episode 3 that During their next lesson, Hiyori will teach Sumika and Saki the basics of singing. They will learn how to control their breath and sing in one breath. Hiyori will be impressed to see Sumika and Saki sing a high note in one breath. For them to succeed at Extreme Hearts, they will have to practice their instruments. Saki chose to play the guitar, and Sumika chose the keyboard. Initially, they will find it challenging, but Hiyori inspired them to practice until they became winners. 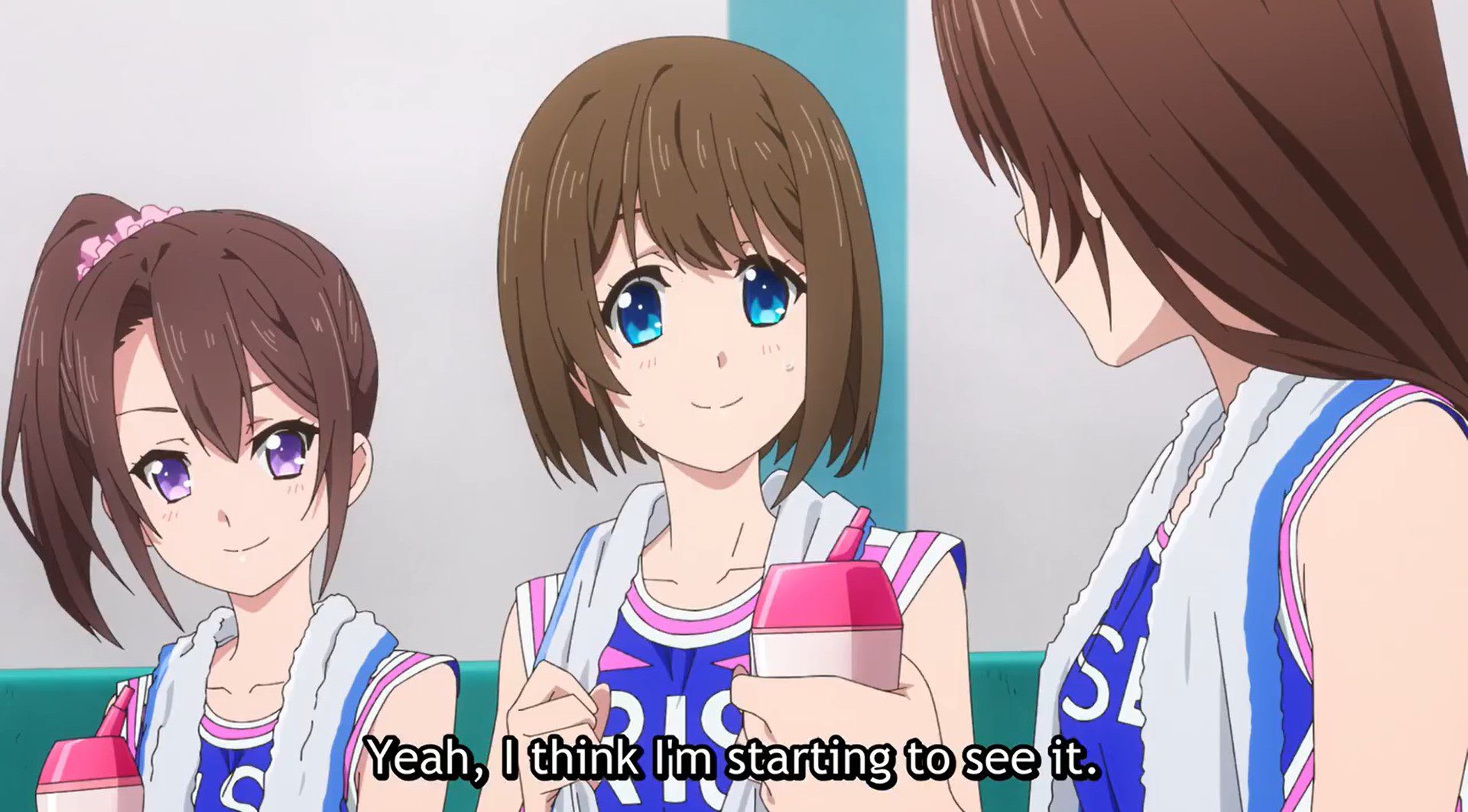 As the 3rd Quarter began, Sumika was like, “Relax Hiyori,” as our main girl unleashed her greatest asset: adaptability. That and, she trained hard to keep up with her teammates. Once she figured out what her competitors were doing, she was able to make a comeback and show them they weren’t prepared properly. When Smile Power’s team captain stepped in, it put up a stronger fight but not enough to beat our heroines. Some thought it would be better if they experienced defeat and could become stronger next time, but I was fine with them winning since I was looking forward to seeing their debut. 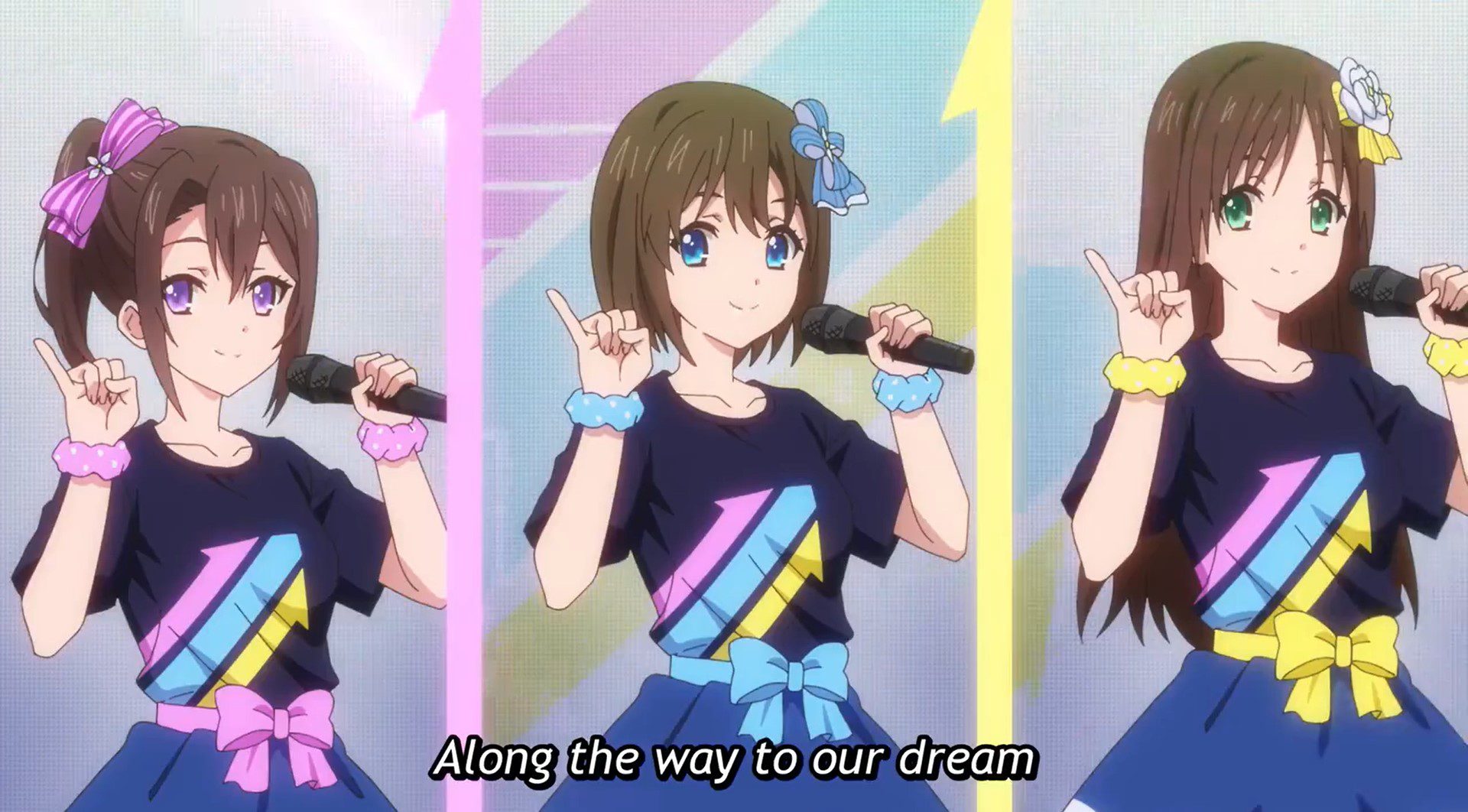 May Bee, the show’s final boss, watched their match closely. They didn’t make the same mistake as Smile Power by closely scouting their potential competition. As they get ready to perform, Saki and Sumika are beginning to get nervous. I think there will be more and more things like this in the future. This is a story as much about an idol becoming a sports star as it is about sports stars becoming idols. It didn’t help that RISE came in last with one vote on a popularity poll.

Since Saki and Sumika were debuting, they knew they’d get so few votes, but that only made them more nervous. Then, Hiyori came along to reassure them. Even though she wasn’t nervous, she understood the importance of this. It was delightful, impressing even one of the May Bee players. Our heroines were now at the beginning of their adventure.

Extreme Hearts Episode 4 release date is set to release on 31 July 2022, Sunday at 1:30 AM (JST). The episode 4 title has not been released yet, so fans have to wait some more.

Where to Watch Extreme Hearts Episode 4?

Fans can watch Extreme Hearts Episode 4 on Crunchyroll when it is released. Till then, you can watch previous episodes.

Also Read: A Couple Of Cuckoos Episode 14 Release Date: Who Will Nagi Choose?