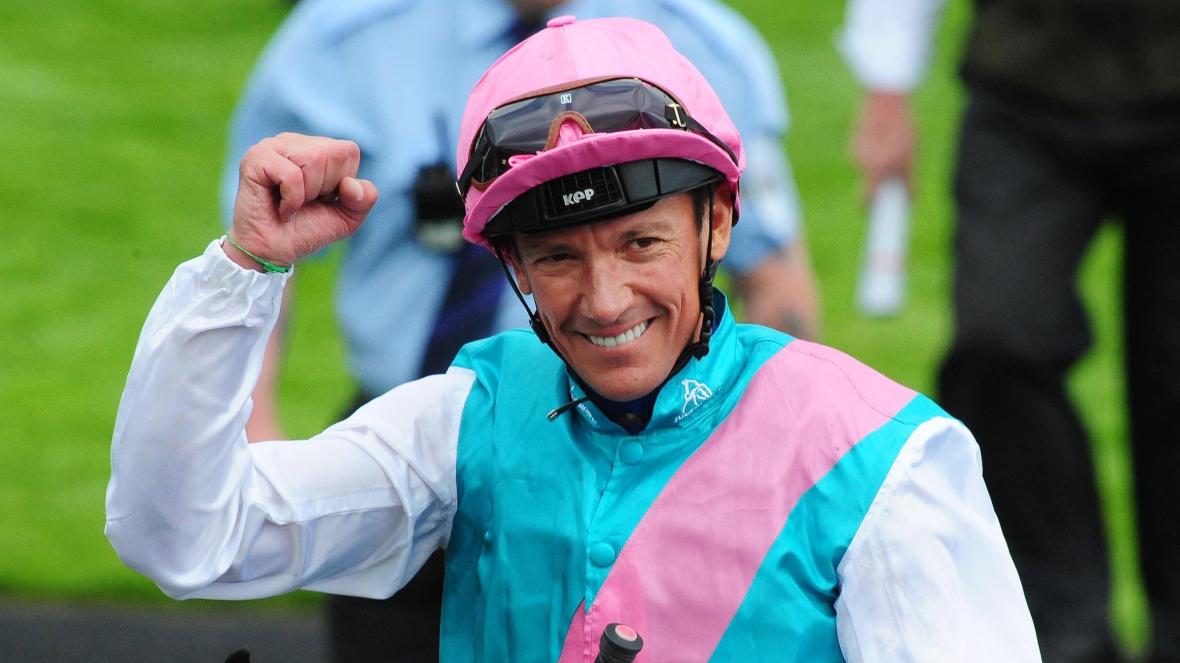 Frankie Dettori: an Italian Horse Racing Jockey based in the United Kingdom.

Lanfranco Frankie Dettori or better known as Frankie Dettori is an Italian horse racing jockey. He is based in the United Kingdom. He is well known for being tagged as the Champion Jockey three times and has won more than 500 races. Let us go through his career and net worth in the article ahead.

Dettori was born on 15th December 1970 in Milan, Italy. He is the son of Gianfranco Dettori who was a Sardinian Jockey. The name of his mother is not known but it is said that she was a Circus performer. 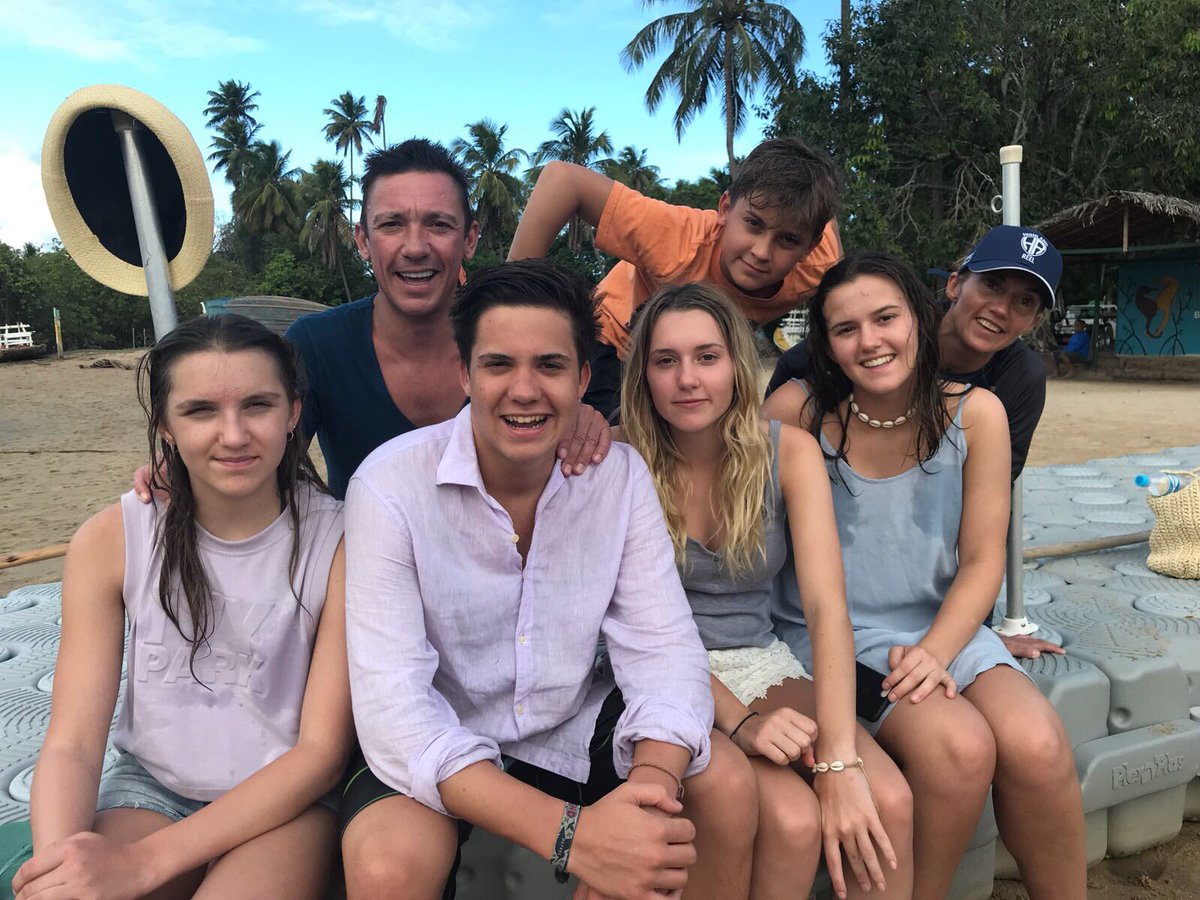 A picture of Frankie Dettori with his wife and children.

Dettori got married to Catherine and had five children, namely, Leo, Ella, Mia, Tallula, and Rocco. He along with his family lives in Stetchworth in Suffolk. In 2004, he started a restaurant called ‘Frankie’s Italian Bar and Grill’ in London. He also has a line of Italian frozen foods and it is quite loved by the people in Britain. In August 2006, a robbery took place at his house where many of his medals and three Gold Cups were stolen.

Dettori’s father was a professional jockey and so he bought Dettori a pony when he was only twelve years old and he started this got him interested in horse riding. He left school to become an apprentice jockey when he was only 13. Being trained under Luca Cumani he became the first teenager to ride 100 winners in a season. In 1986, he got his first won in Britain. At Ascot Racecourse in 1996, he won all the seven races in a single day. In 2000, a crash happened where he was injured and the same year, he received MBE honorary. 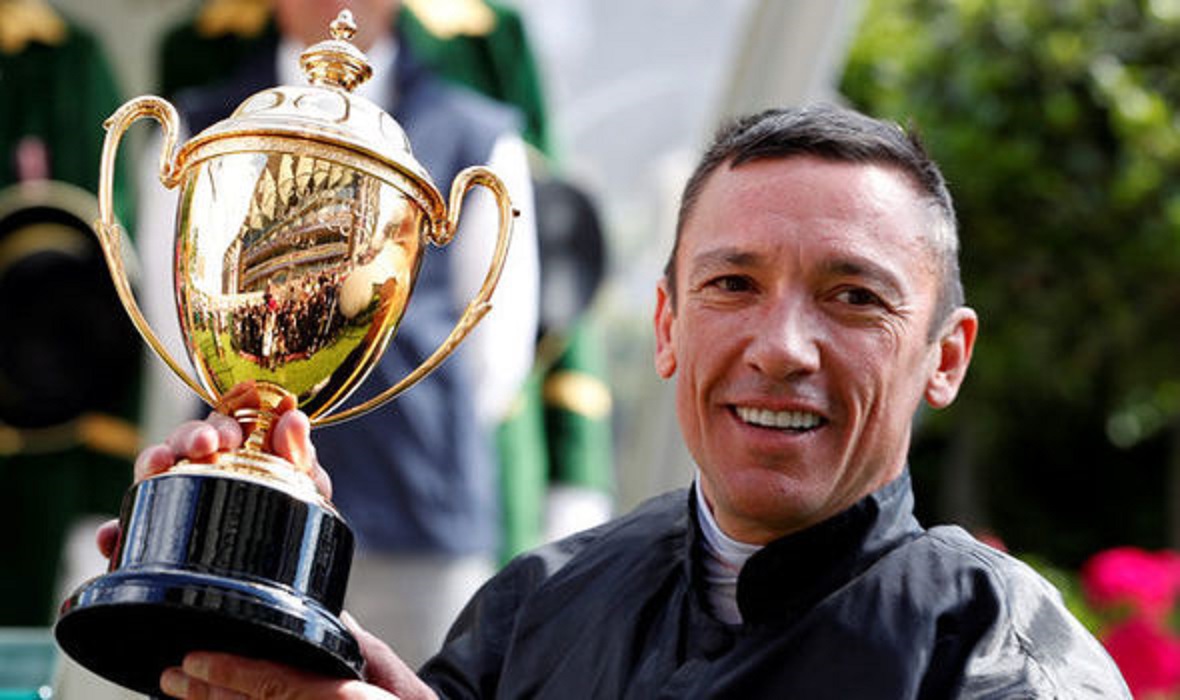 Frankie Dettori lifting the 2016 Gold Cup at the Royal Ascot.

He has been dedicated to his riding career and became the British Champion Jockey in 2004. Although he has won many races and championships, he has never won The Epsom Derby. In an interview in 2010, Dettori admitted being consuming drugs such as Lasix, pee pills, laxatives to keep his weight down which was then banned by the Jockey Club. Dettori failed a drug test in 2012. He was suspended for 6 months under the accusations that he was consuming cocaine. In 2013, Godolphin racing stables said the retainer would not be renewed and he quit his position as the team captain. In 2013, he participated in a reality show called Big Brother where he was the fifth to get eliminated. On 31st May 2013, he won his first race after the six-month ban. By 2017, he had ridden 3000 winners in Britain.

Frankie Dettori’s net worth is estimated to be approximately around $18 million. His primary source of income has been from all the races he has won and the cash prize from the same. His chain of foods and restaurants also increases his valuation. He has also earned from endorsements and stock ownerships. There is not much information available regarding his houses or cars. We will update it as soon as we get any details, so stay tuned.