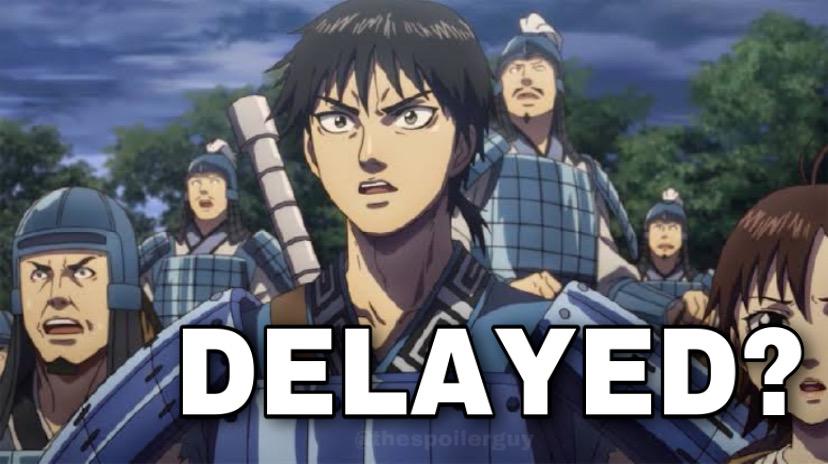 The manga readers and the anime fans were eagerly waiting for Kingdom 3rd season. But, as soon as the anime aired its 4th episode, an announcement was made. The upcoming episode has been delayed. You can read more at the bottom of this article.

Kingdom Season 3 Episode 5 was originally scheduled to air on Monday, 4 May 2020, at 12:15 AM JST. However, according to our sources, it has been recently announced, Kingdom 3rd Season Episode 5 has been postponed. Here is the tweet:

The new air date will soon get announced. pic.twitter.com/AQ08MqK035

The 4th Episode of Kingdom anime aired a while ago. The episode was titled, “Two Battlefields”.

As of now, there is no preview for the upcoming episode of Kingdom Season 3. More information regarding the same soon. We will make sure to update this article once we have more info. So, keep up with our posts until then.

The Kingdom is an anime series with a gritty historical dramatic outlook. Set in China during the Warring States period, the show features two orphans of names, Shin and Hyou. However, after the death of Hyou at a tender age, Shin discovers a scheme that lets her join the army. With this, Shin wishes to become the greatest general of the world, where the hero helps her by helping Ei Sei of Qin to unify China in order to prevent its internal conflicts to split it apart.