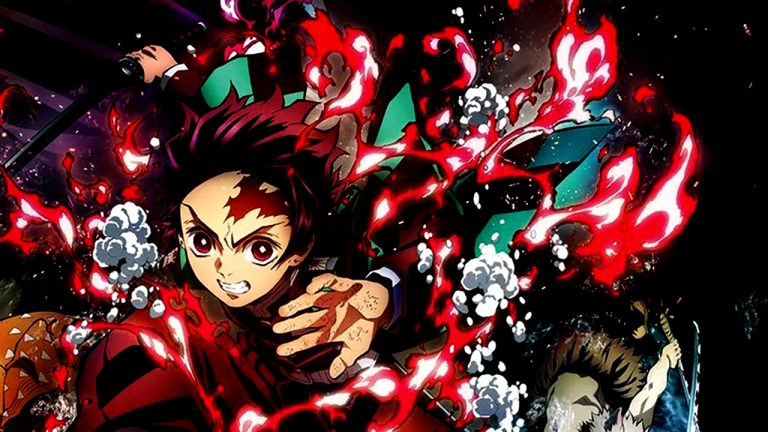 Demon Slayer Kimetsu no Yaiba Manga Chapter 205: Into the Future!

Demon Slayer: Kimetsu No Yaiba is a weekly manga published in the Weekly Shonen Jump written by Koyoharu Gotōge. It started in 2016 and has released 22 volumes to date. It was announced that the 23rd volume would be the last— the second-last chapter of the manga released on May 10, 2020. Demon Slayer also received an anime in 2019, which will be followed by a feature film in 2020.

Demon Slayer is the story of a young man named Tanjiro who lost all his family to a demon attack. The only survivor was his younger sister, Nezuko, who turned into a demon. Tanjiro, who was sorely affected by the incident, decided to find a cure for his sister and also stop the demon attacks. He finds different demon slayers who train him to be a fighter against demons.

As he was training and fighting different demons, Tanjiro found the root cause of the demon infestation of the world. The Demon Slayer Corp found Muzan, who is the first demon ever to exist. His powers far exceed any other demon. He is hundreds of years old. Muzan is a shape-shifting demon that was saved by a miracle drug when he was born. This drug turned him into a powerful demon. Muzan obtained unusual anatomy having three brains and five hearts.

Tanjiro and the other Hashira confront Muzan for the sake of his friends. Muzan’s Blood turns anyone into a demon. His defeat would mean that the world will become free of demons. The fierce battle began, and Muzan was more powerful than anyone anticipated. There were many casualties, but the Demon Slayers managed to slay the target. As a last resort, he took over Tanjiro’s body to continue his work, but Tanjiro overcame this evil and buried it forever. This victory came at a hefty price, but Tanjiro can finally return to his home with his sister Nezuko.

The story has now shifted three months into the future after the battle against Muzan. The survivors are healing at the Butterfly Estate. Tanjiro has some scars left from the fight, but he is recovering well. The medicine from the “Hashira,” Shinobu, was able to save them after all. If Tanjiro had not fought against the will of Muzan inside him, he would have killed his friends. The Demon Slayers disbanded. It was a victory, but after losing most of the “Hashira.” Tanjiro and Nezuko will leave for home after recovery. It was a victory and conclusion to the fantastic journey of Tanjiro.

Chapter 205 is presumably the last chapter for the Demon Slayer Manga. The Release Date is May 17, 2020.

The final chapters will shift the story even further into the future. The story of Demon Slayer manga was based in the Taisho Era (July 30, 1912, to December 25, 1926). Chapter 204 teased at the end that the story for the next chapter will continue from the modern era. There are skyscrapers in that shot. That means the story will now move at least 30-40 years ahead. People imagine that the future is beyond this chapter, but the writer is going to end the manga in a defining manner. That means there won’t be any sequels to this manga.

Demon Slayer has received a lot of popularity in the last four years of its prime. The anime was one of the most well-received anime in 2019. It is horror in the deep nature, but the theme is young. The whole saga of the fight against the demons will surely be missed.