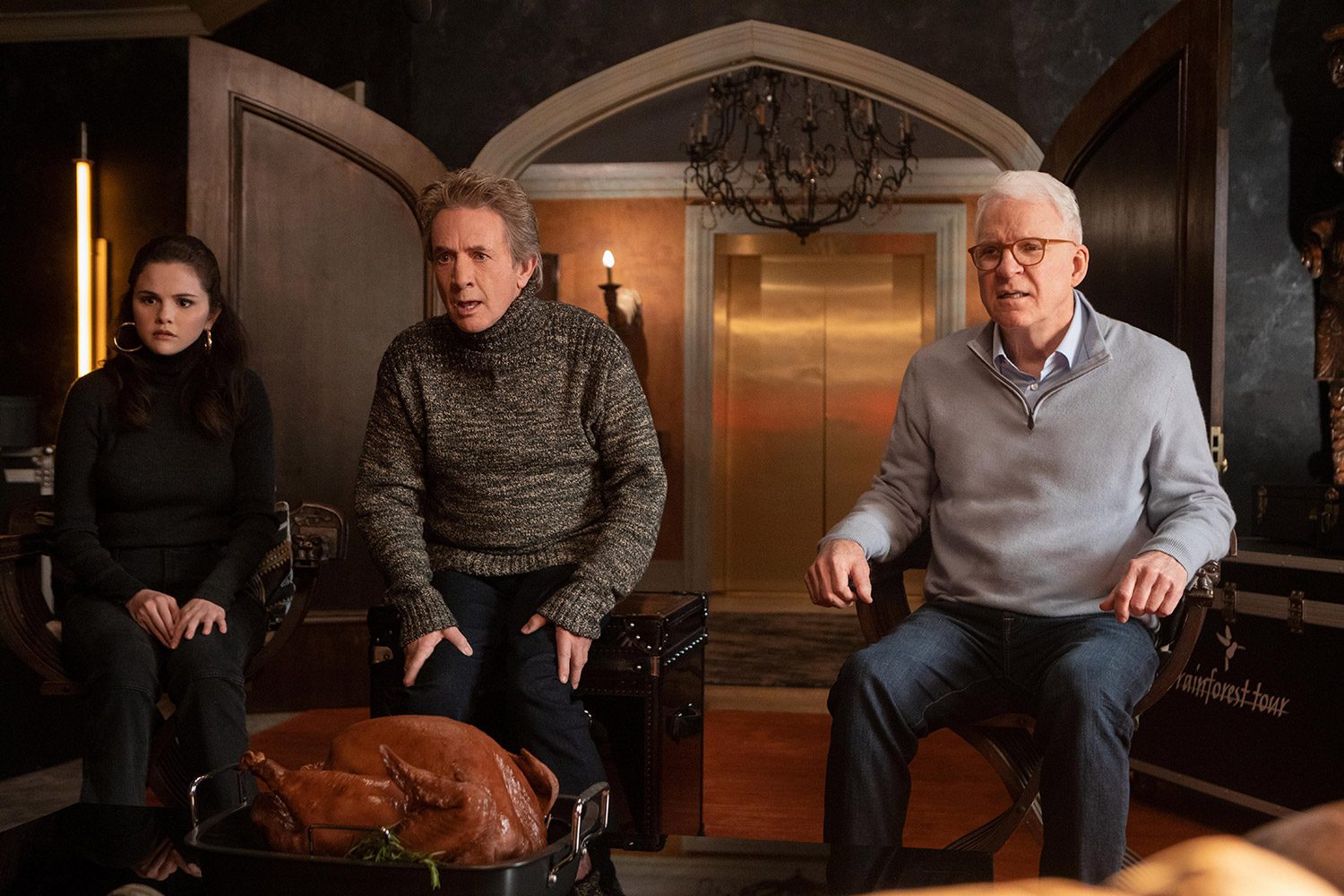 Only Murders in the Building Season 2 Episode 3 surely has to give away a lot of secrets and fans are super excited about it. The show features a mysterious tone set with all these murders happening around in the building called The Arconia. Then we have a comedic trio including Charles, Mabel, and Oliver. Steve Martin and John Hoffman have created the show.

The second season began with our trio being in custody for the murder of Bunny, an aged board president who also lives in the building. The Arconia is located in the Upper West Side of Manhattan. The three are being questioned about their alibis, and if none, what were they doing at the time of the murder. Obviously, Mabel is in a bad position as she was found at the murder spot with Bunny’s blood all over her white sweater. Bunny was killed with a knitting needle that is also owned by Mabel.

After questioning and Mabel’s quick wit, the three were dismissed by the police. Although, the authorities asked them to keep their noses off the investigation because they are the prime suspects in the murder. But well, they start a podcast again after Cinda, their podcast rival, started a show. She features Mabel, Charles, and Oliver and tells their backstory. This infuriates them and they all release an Only Murders in the Building Season 2 podcast. 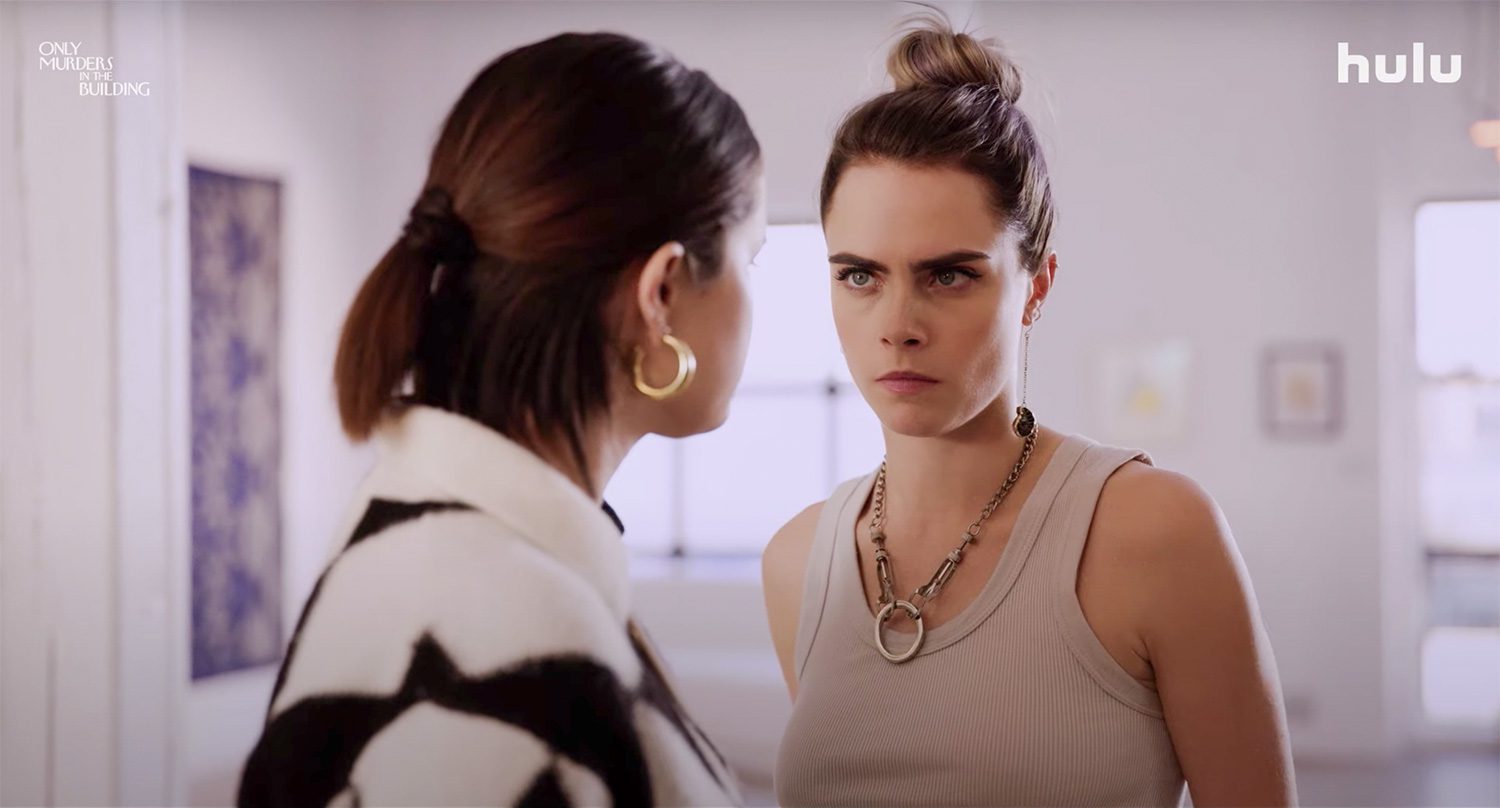 Well, with this new installment, we have additions in the cast members as well. Amy Schumer has joined the lost as herself. Then we also have model Cara Delevingne doing the role of Alice. She and Mabel are really hitting it off as seen in the second episode of the new entry.

Only Murders in the Building Season 2 Episode 3 Release Date

Only Murders in the Building Season 2 Episode 3 will release on the 5th of July 2022. The episode is titled, The Last Day of Bunny Folger. It will drop out on Hulu at 3 AM Eastern Time. You can catch new episodes of the show every week on Tuesdays.

Only Murders in the Building Season 2 is a Hulu Original. This means we can only stream the episodes as they release every week on the platform. Hulu charges 6.99 dollars every month for its basic plan. This pricing will show you advertisements though. Another way to see it is by buying a Disney Plus bundle plan. This plan includes the content from Hulu as well as ESPN Plus. Fans in India can stream the show through a subscription to Hotstar.

Only Murders in the Building Season 2 Episode 3 Spoilers

Details about the next episode are kept under wraps. Although, we can predict a thing or two about the next episode. It is titled The Last Day of Bunny Folger. With this, we can expect to have a start with a flashback where we see how Bunny was spending her day before she was killed. Obviously, the killer will not be exposed in this episode itself.

Other than that, we saw the second episode closing with Bunny’s pet bird telling the trio that she knows who did it. But it will also be messy because it is obvious that a bird will not help them to solve this murder. Well, it could actually give them a nudge or a hint of whom the killer might be. The third episode shall explore Alice and Mabel’s relationship. We know how much Mabel likes her artsy stuff and Alice is just a perfect fit for that. With Amy Schumer on the set, it is hard to take anything seriously. She is the funniest woman on the planet and is here to make Only Murders in the Building add more to its comedic theme.

The real painting of Rose Cooper, the one which was actually present in Bunny’s apartment is still missing. Everyone is hungry to get that hut we still do not know about it. The third episode might explore where the missing art piece could go and what was Bunny trying to tell Mabel about the painting before she died in her apartment. Also, the biggest mystery is what their board of directors was doing in her apartment at all.

Also read: Only Murders In The Building season 2 Release Date: Is It Worth Watching?