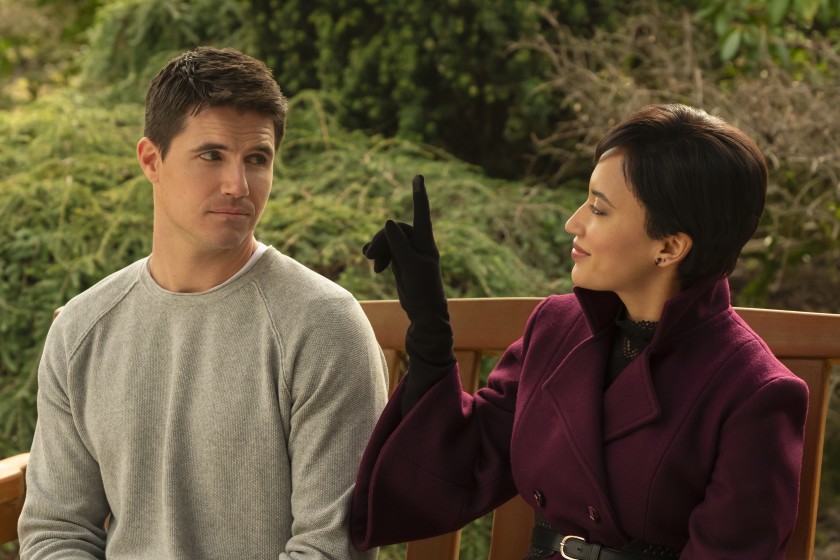 A new era comes with new adventures and new possibilities for various things. Today is the time for OTT platforms where content is diverse and terrific. Today, some of the famous OTT platforms offer plenty of quintessential shows, television series, movies, and whatnot. They have comedy, drama, adventure, romance, thrill, and so many other genres to explore and telecast to the global audience. One such OTT platform is Amazon Prime Video, which has some of the most amazing shows and series in which “Upload” is definitely counted. In this article, we will be digging into the details of this web series and the updates on its second season’s production. Let’s begin.

Upload is an American sci-fi comedy-drama television series that debuted on May 1, 2020, on Amazon Prime Video. After seven days of its premiere, the series was renewed for its second season as well. The show is a full entertainment package, and the first season was very well-received and liked by the audience worldwide. And now fans wonder about the ‘Upload’ season 2 production updates and when they can expect season 2 to release.

What are the production updates of season 2 of ‘Upload’?

Yes, season 2 is confirmed by the show’s makers, and fans are obviously thrilled to hear that. However, there is no release date out for its premiere; there are certain speculations and updates which might excite our audience. On May 8, 2020, the show was renewed for its second season, and the director, Greg Daniels, confirmed the news by saying that he is very excited for the new journey and have already started drawing his season 2 flipbook. As far as the production details of Upload season 2 are concerned, there have been no announcements made in this regard, and fans can expect the new season to drop out in 2021 at the earliest.

Also, get the latest updates on The Kelly Clarkson show and Grand Army season 2

The expected storyline of the upcoming season

The story that fans can expect in season 2 of the series is that the show will likely pick its narrative pieces from season 1 and continue the story where it left off in the previous season. In Daniel’s words, the new season will show the after-events of the season 1 finale and will follow a timeline of 2033. The upcoming season will focus on Nathan dealing with Nora’s confession of love which she has for him. Caught between his girlfriend and the love of his life, it will be interesting how things will turn up for Nathan. The other storyline may revolve around the truth behind Nathan’s death, which is yet to be revealed.

The suspects and red herrings are yet to be figured out, most likely outshine in the new season. Another theory is that season 2 might also focus on Nathan’s last project, which involved him living in the democratization of the uploaded technology. We have already seen in season 1 that the technology is about to launch without Nathan’s knowledge and involvement; however, the details in this regard will surely be out in the second season of the show.

You can binge-watch Upload season 1 on Amazon Prime Video if you haven’t already. Wait for its new season to drop; till then, stay tuned with Otakukart for recent updates.