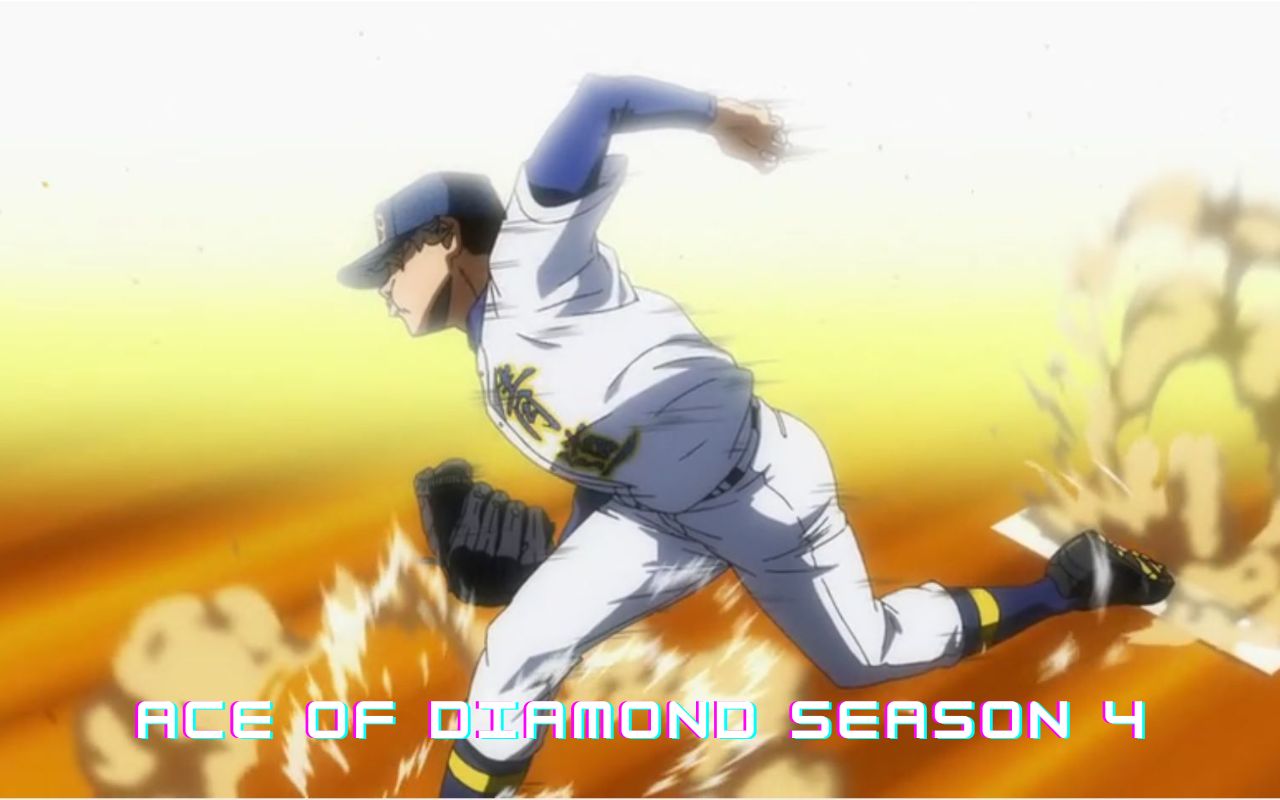 Ace of Diamond Season 4 is still on the cards. This series follows Eijun Sawamura, a baseball pitcher with an unusual pitching style that makes the ball move unpredictably at the plate. The goal for Sawamura and his friends is to play baseball at a local high school to the best of their abilities. He nevertheless receives a scholarship and the chance to compete at the national level from a scout from the prestigious Seido High School. Visits to the school transform Sawamura’s perspective on the future.

In the summer tournament, Seido and their main rivals try to help the upperclassmen qualify for nationals. Despite Sawamura’s lack of control, he will assist the upperclassmen to success once the summer tournament ends. Following the tournament, Sawamura and his teammates, Furuya Satoru, Kominato Haruichi, and Miyuki Kazuya, lead a new team, along with a few familiar faces, through the fall tournament. To prevent Coach Kataoka from resigning, they aim to go to nationals during the fall tournament.

Seido baseball club welcomes new faces each year. While competing against each other to earn the coveted ace title, Sawamura and Furuya identify their strengths and weaknesses and further develop their pitching styles. Seido’s batters are improving at the same time, becoming as fearsome as last year’s first-string team’s bats. The upperclassmen are all preparing for the summer tournament, and Seido is hoping to win before they graduate. 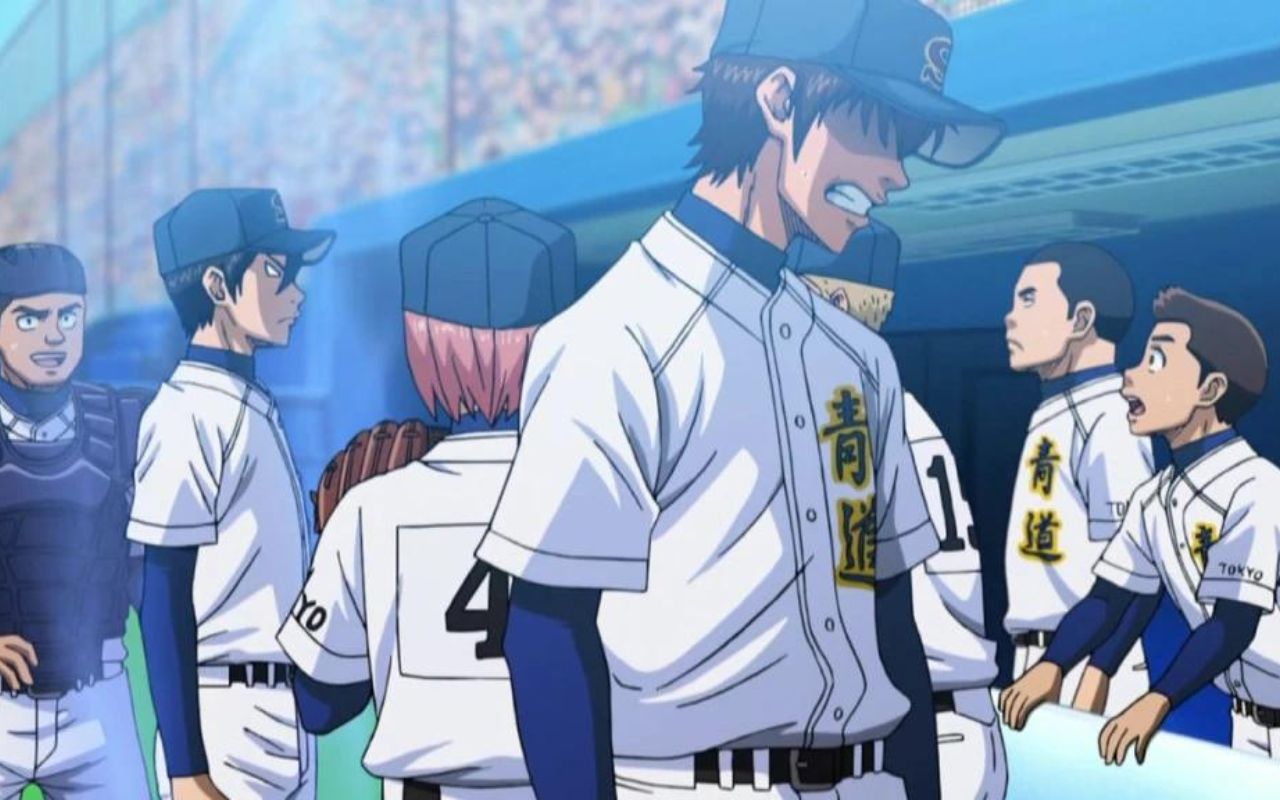 Production I.G and Madhouse produced the TV series, which began airing on 6 October 2013. Originally, 52 episodes were planned for the series. However, it was extended and ended in March 2015, with Madhouse returning to produce animation.

The story of a rising star, Sawamura, is training very hard to become the ace. Being capable enough to acquire the no.1 jersey for himself is one of his priority goals. After their glorious victory in the autumn tournaments now, the next big tournament is coming up. Spring Koshien and lots of excitement, Sawamura is finally making his debut in nationals.

It took only two runs for Hachiya Oji to call the game in the top of the seventh. Throughout the series, Kawabata has been hitting no-hitters, and Furuya seems to be in a different mood. Things now rest in the hands of Furuya and Kawabata as the deciding moment of the game approaches.

This time Hachiya got the strike instead of Furuya’s usual pitching style. As Hachiya read Furuya’s pitching, the play was intense. The ball finally found Kawabata’s bat. The situation got worse when Kurose got no-hitters and was eventually tricked into hitting a ball that only resulted in Furuya’s team making two outs at once. Seido advanced to the fifth round after winning 8-0. 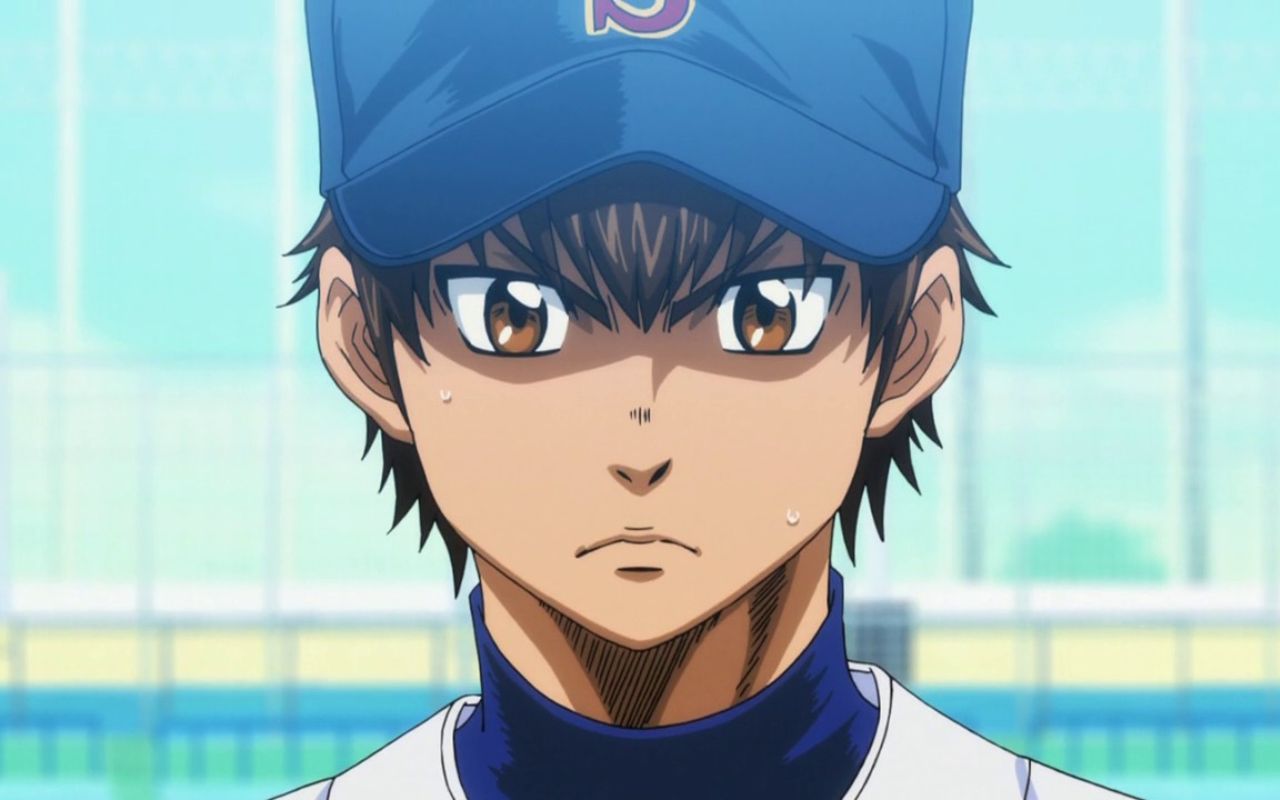 Unfortunately, there are still no updates for the dates of the Ace of Diamond Season 4 return. The last season of Ace of Diamond was aired in March 2020, and nothing since then. There aren’t any official confirmations, but rumors are that we can expect Ace of Diamond season 4 at the end of 2022 or the beginning of 2023 or so.

The last season of Ace of Diamond ended with a grand 51 episodes. Till the last season, 169 chapters were taken into account, so it is supposed to continue its story from there on.19 Volumes of the manga series are depicted in the anime, and 24 are in total; therefore, there are stories left to go on with. Season four will pick up its story from where it left in the last season, after the events of the final tournament, our heroes are now gaming higher. Will Sawamura’s dream will come true to become the ace pitcher, we will find out in the next season.

Where to watch Ace of Diamond Season 4?

Ace of Diamond Season 4 will be available on many Japanese broadcasting channels if released this year. It will also be available to watch for worldwide users on streaming platforms like Crunchyroll and Funimation. Including all the episodes previously released and the last seasons with original Japanese dub with English subtitles. I hope you enjoy watching it.