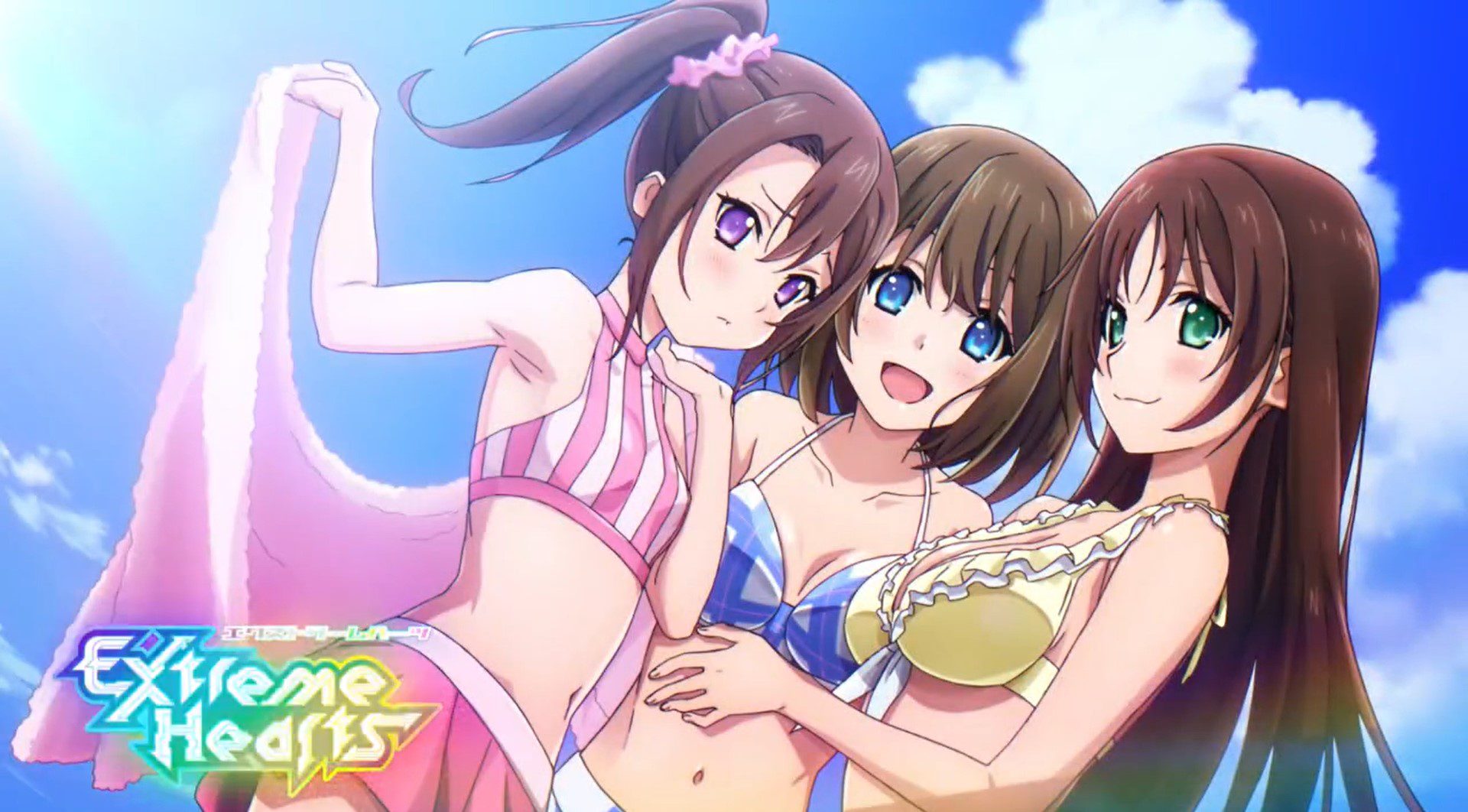 Extreme Hearts Episode 9 is set to release this weekend. Masaki Tsuzuki, the creator of Magical Girl Lyrical Nanoha and Dog Days, created and wrote Extreme Hearts, a Japanese animated television series directed by Junji Nishimura and animated by Seven Arcs that premiered in July 2022. There will be a lot of hype about Hyper Sports by the end of the story. People will go nuts for it. In this article, we will see the recap of the previous episode, the release date of episode 9, and streaming details.

This story revolves around Hiwa Hayama’s life. She began singing her solo song in middle school, and it will be popular among adults, teenagers, children, and even babies. Hiwa’s passion for singing led her to begin singing in middle school. It was brought to her attention that she composed the song on her own, but she was forced to join Hyper Sports by circumstances.

Both Saki Kotaka and Junka Maehara are some of the most fabulous friends she has ever known. Their bond is unbreakable. They all have one thing in common, even though they come from different backgrounds. It is exciting to witness a trio of exceptional artists doing what they do best. Hiwa was a wonderful singer-songwriter, Saki played soccer brilliantly, and Junka played basketball superbly.

There’s something refreshing about what this anime is doing. They intentionally montaged the sport part since it’s all about character bonding. I love it. I think it’s wrong to say that this episode is Ecchi-style fanservice just because it’s set on the beach with swimsuits. While it was functional, it also provided us with a deeper insight into the team and how they communicate with one another, which was refreshing.

Apart from some fresh facts about what happened next and negative topics like “Robotic Engineering,” which was a really intriguing disclosure, the entire vibe was quite delightful and wholesome. As a result, as long as you have the means and expertise, you can create/tune your own robots, which opens up a wide range of playstyles even with a two-person team. 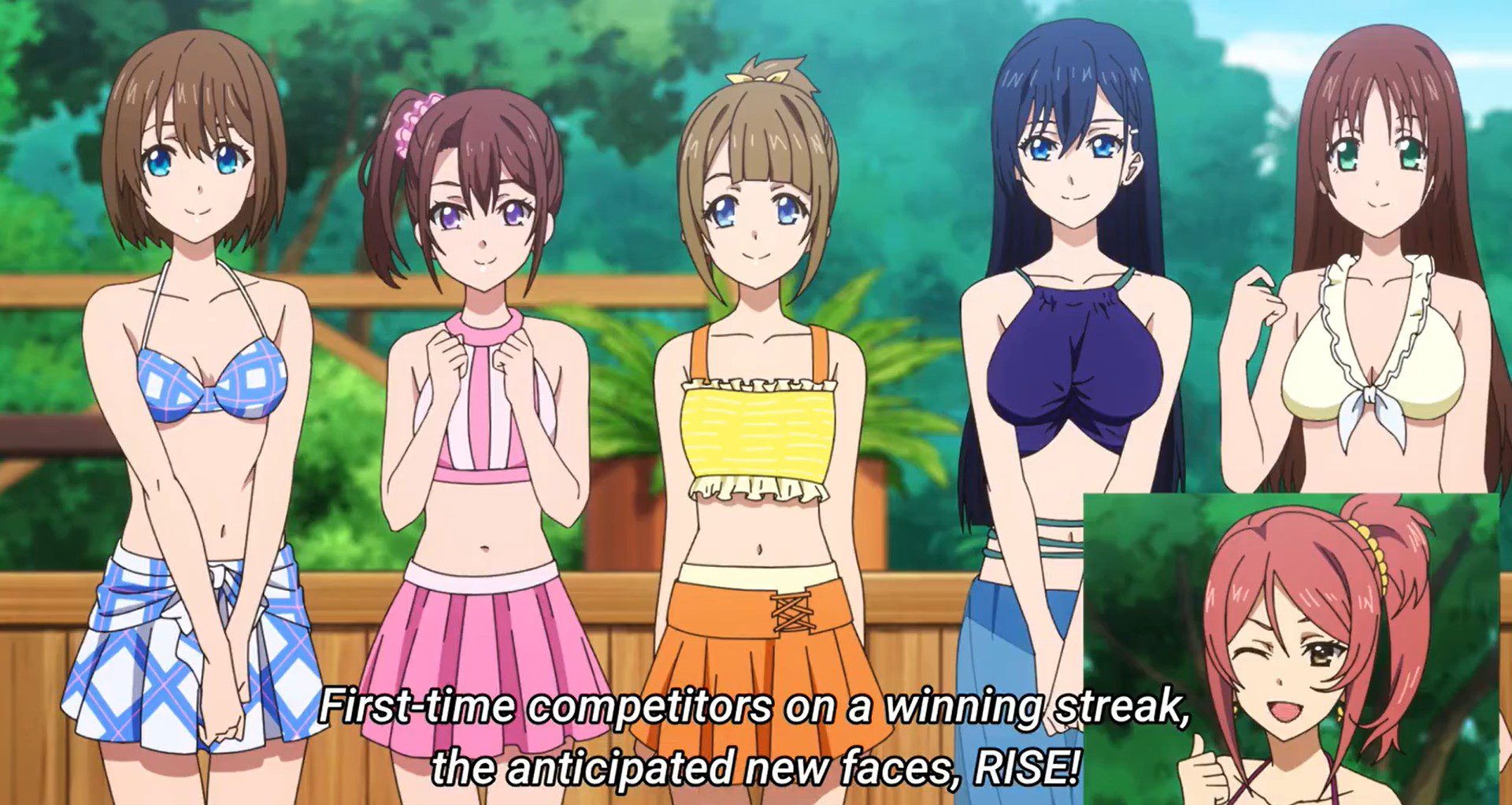 The RISE Performance was incredible. The dance and song itself were fantastic, and you could tell they were having a great time doing it. So, in the end, we barely got to witness Lise’s futsal game, and our girls also triumphed in the following few rounds of rugby, tennis, and lacrosse, although those were also raced through fast. There were more sports games in the tournament I wish we had seen, but clearly, the staff decided that the resources would be better spent on the beach episode…which was certainly fun. During that part, we saw some beach volleyball, so shout out to any Harukana Receive fans out there. 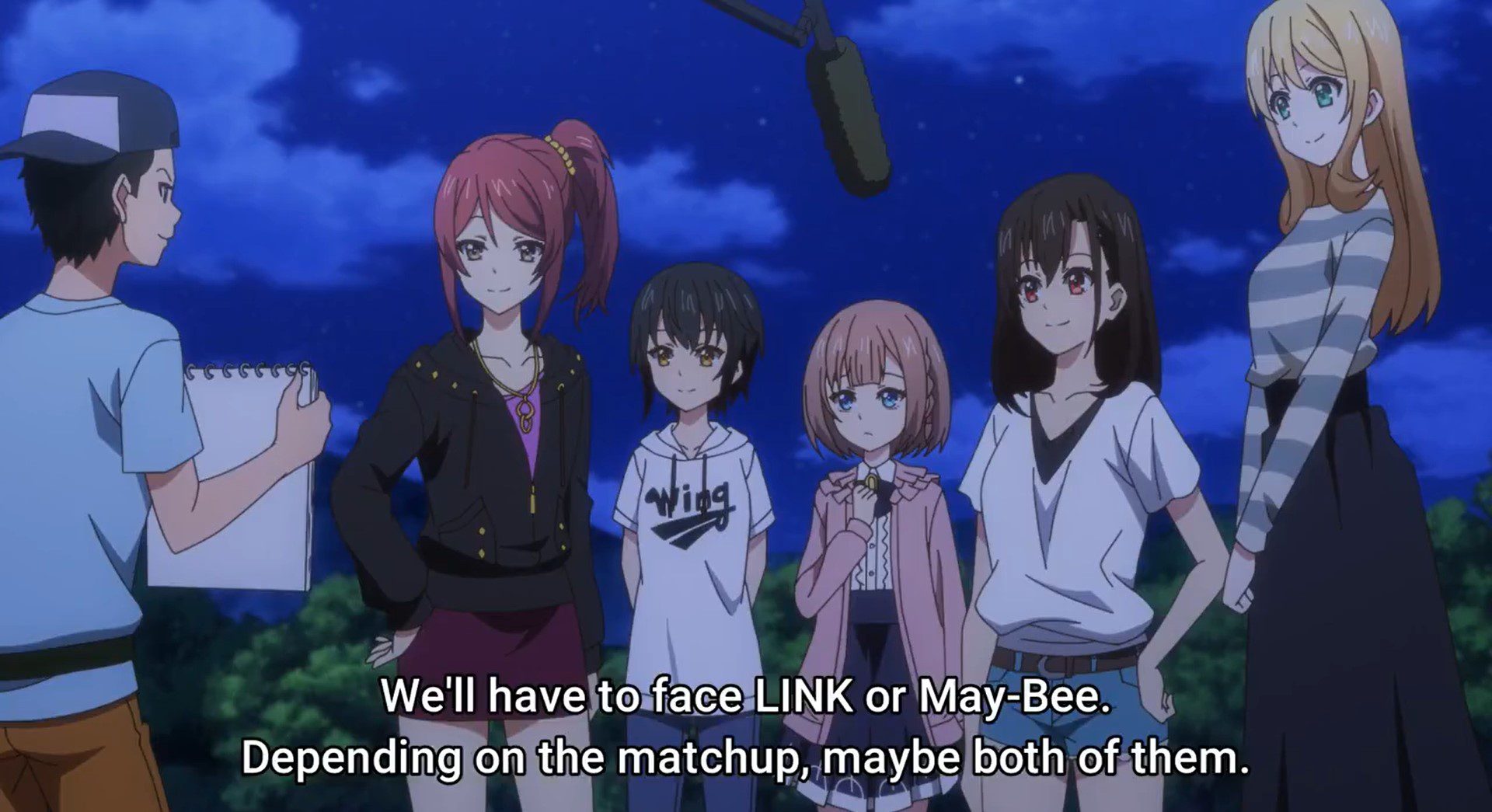 Additionally, despite the heeled characters they play on camera, the BanShee girls are actually really nice in real life. It was a pleasure to see the girls from different bands bonding offstage, and there are so many cute girls in this show that I’m surprised there isn’t a gacha game to tie into it. It seems like the producers missed an opportunity, but at least the anime is more likely to have a good ending. This was a pretty laid-back episode, but hopefully, the finals and the Snow Wolf game will get more screen time next week.

Tsuzuki’s brand, known for its creative concepts and storylines, has become a popular pastime competition for children and adults alike to engage in hyper sports, which need extreme gear for support. Hiyori Hayama becomes embroiled in the plot after an event happens, despite the fact that he has no affiliation with Hyper Sports.

Where To Watch Extreme Hearts Episode 9?

Fans can watch Extreme Hearts Episode 9 on Crunchyroll when it is released. Till then, you can watch previous episodes on the same platform.